A certain population of monkeys in Bali has been puzzling and fascinating researchers. Scholars have found that the light-fingered, long-tailed macaques at one of the most popular temples on the island have been stealing tourists’ possessions and holding them for ransom.

The monkeys would reportedly keep the items until they are offered food. Some even act very picky and only give back the poor tourists’ possessions after receiving their choice of fruits. This robbing and bartering behavior has been causing researchers to wonder whether or not the monkeys’ thieving is a cultural activity.

Monkeys at a famous temple in Bali are holding tourists’ possessions for ransom – food. 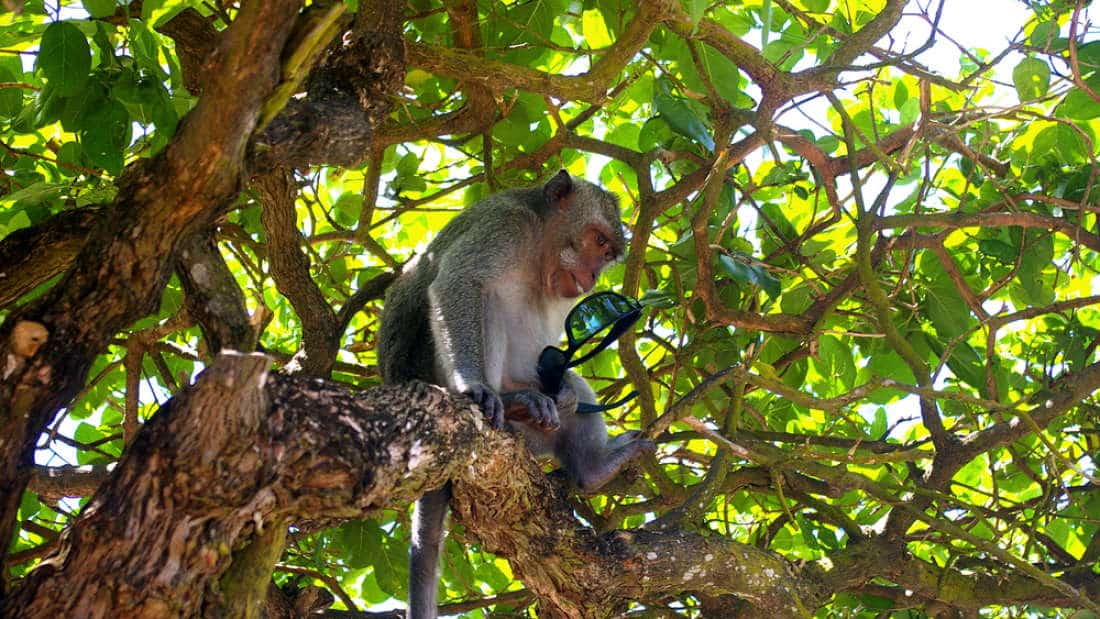 The researchers, in an attempt to further understand this phenomenon, spent four months observing the four resident groups of monkeys that lived in and around the Uluwatu Temple in Bali. The results of their preliminary study has been published in the journal Primates.

Other places in Bali have groups of macaques that frequently come into contact with tourists, but the robbing and bartering behavior is only present at the Uluwatu Temple area. This, according to the study, suggests that the mugger monkeys’ behavior is learned and not innate.

The robbing and bartering behavior is believed to be learned and not innate. 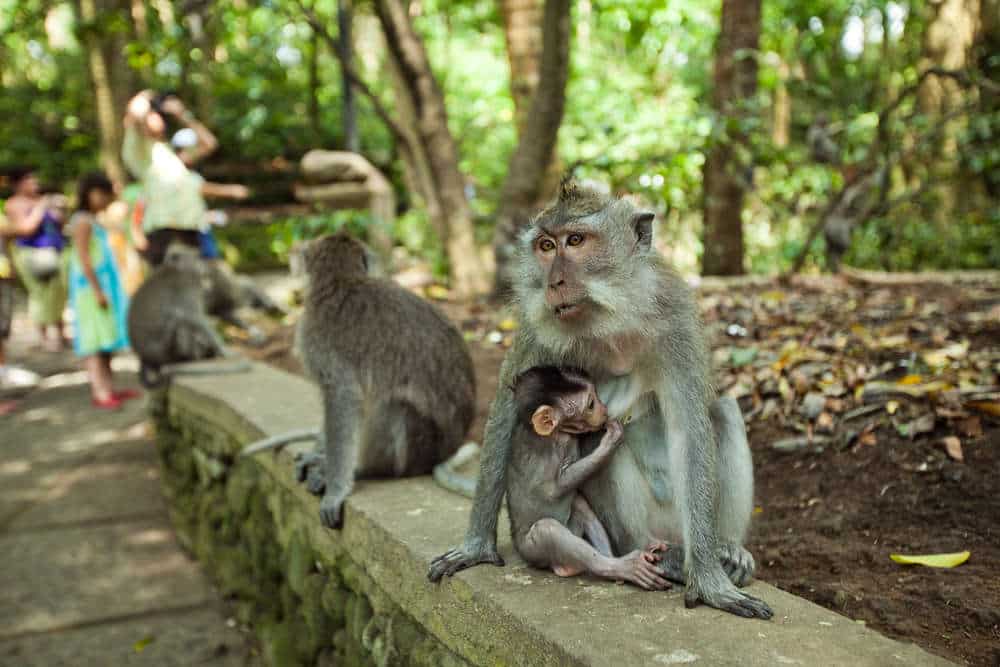 The study shows that in over half of the cases, the monkeys were most likely to steal a pair of glasses, followed by hats 12.4 percent of the time, and shoes in close to 12 percent of cases.

Researchers also found that the two groups living in the areas of the temple most popular with tourists have the lightest fingers and display the most expertise when holding up tourists. Those living further away engage in the behavior less often.

The behavior is believed to be a new cultural phenomenon in the groups. 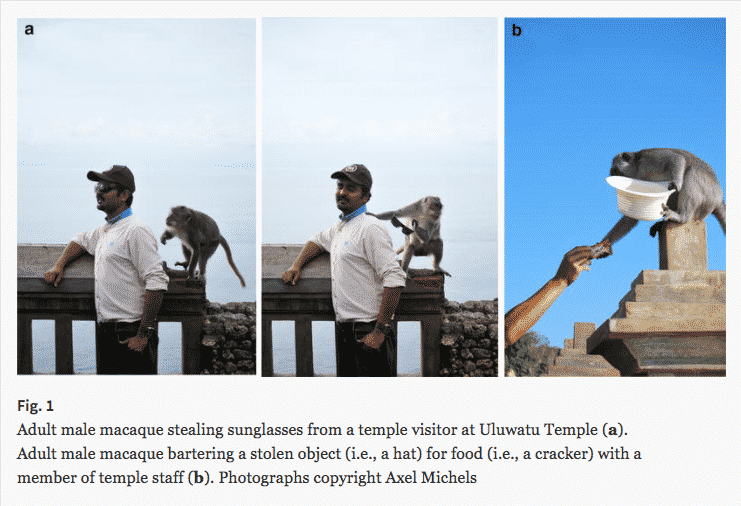 It also turns out that the groups containing the most adult males have the most thieves, suggesting a sex and demographic bias in the behavior. It seems that the robbing and bartering behavior is likely passed between males in the groups.

More study is necessary to further understand the phenomenon, but according to researchers, the mugger monkeys are possibly displaying a new cultural behavior that is passed from individual to individual and is limited to the groups around the Uluwatu Temple.

Have you encountered these mischievous Bali monkeys? How did the experience go for you? Let us know in the comment section.