Rescuers couldn’t believe how a  7-month-old baby miraculously survived a car crash that dislodged her 25 feet from the site.

According to a report by Fox News, Lashanda Goldsmith was just driving around Philadelphia Drive in Ohio when her van was hit by a vehicle causing her daughter Madison to be thrown out of the car.

When the rescuers found Madison’s car seat, it was face down. Madison’s eyes were closed and rescuers initially thought she was already gone. Moments later, the baby miraculously opened her eyes and gave her rescuers a smile! 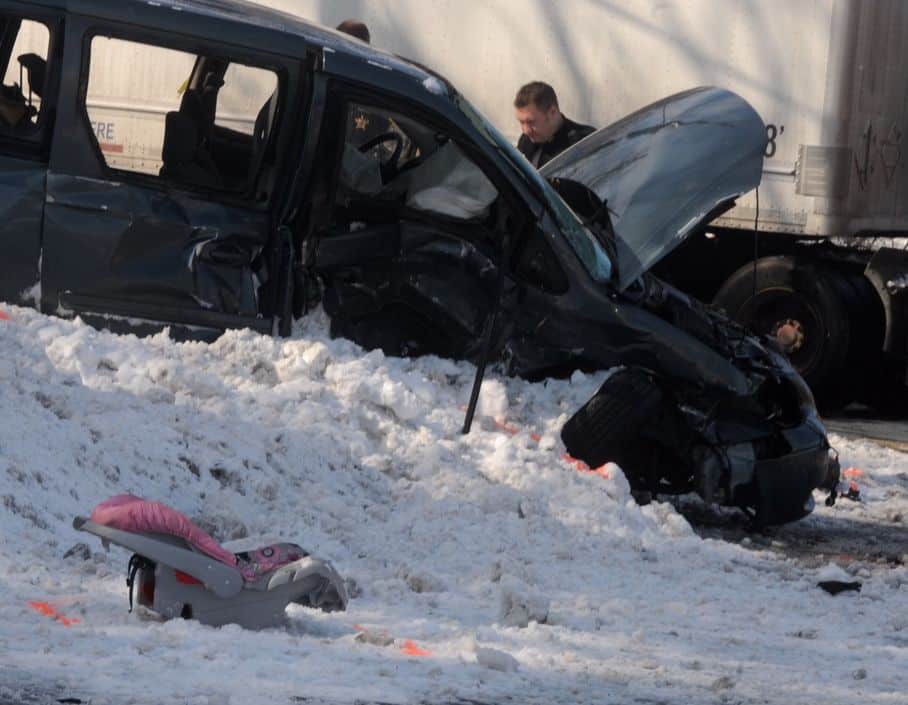 Unbelievably, Madison only sustained a bruise on her forehead. However, five other people involved in the accident suffered more serious injuries. A 15-year-old girl who was in the same van as Madison was in serious condition last week.

Several hours after the accident, Madison and her mother, who sustained minor injuries, were released from the hospital.

Speaking to WHIO, Madison’s relative Rhonda Moody said: “God does not make mistakes. I tell people that all the time. When things happen, it’s all in His will.”