Sometimes kids can amaze us with how kindhearted they can be.

Thomas Moore, an 8-year-old boy from Maryland, saw his mom watching a Facebook video about a girl who lost her hair because of cancer. That had a strong impact on him and he eventually decided to do something for cancer-stricken kids. He started a project where he would grow his hair for the benefit of kids who lost theirs because of chemotherapy.

8-year-old Thomas Moore saw his mom one day watching a video on Facebook about a girl who lost her hair to cancer. 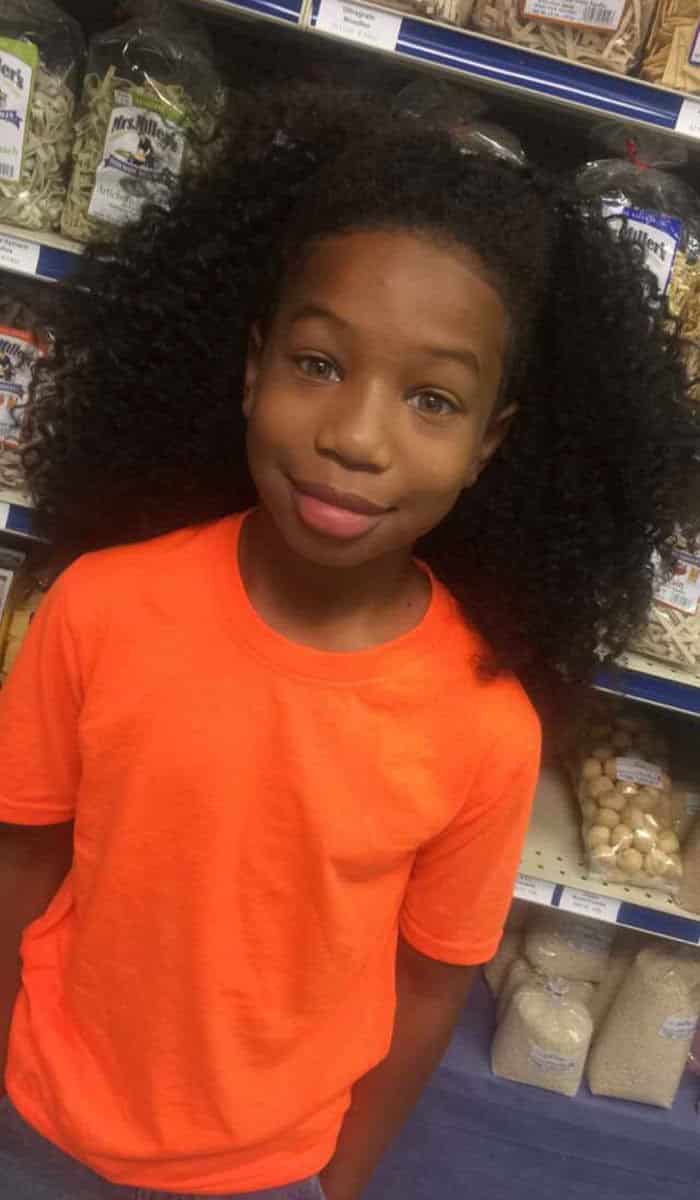 This young man from Maryland immediately had an idea – he will grow his hair and then donate it to cancer patients. 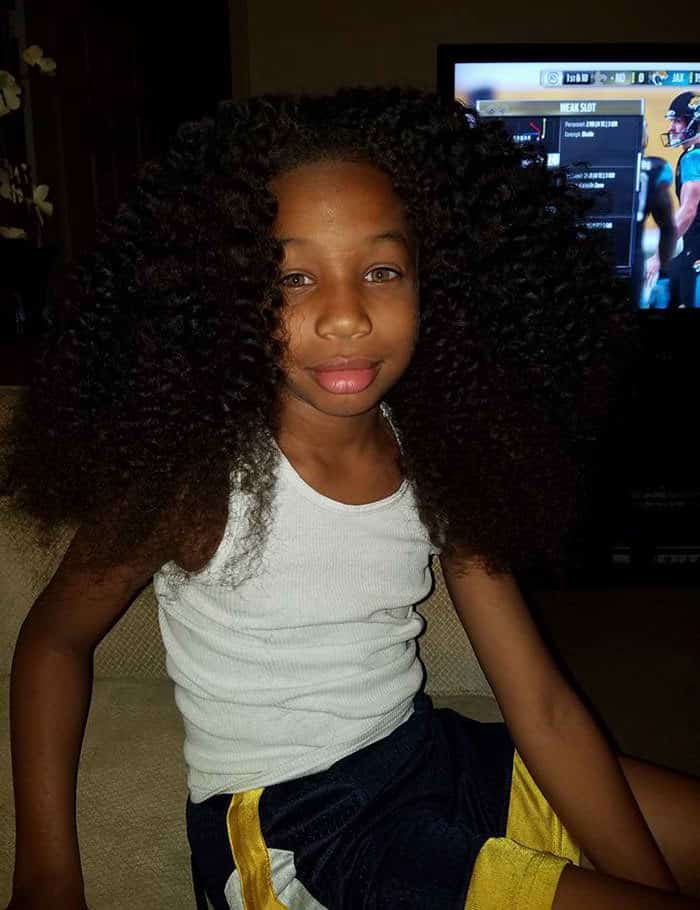 So that’s what he actually did for the next two years. 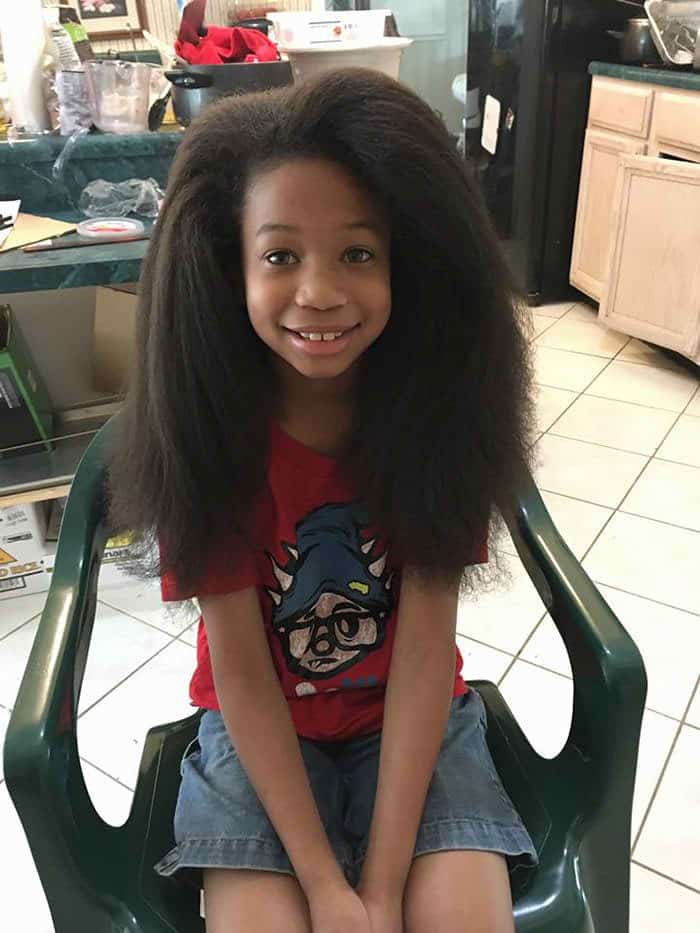 So for the next two years, that’s exactly what Thomas did. The boy grew a considerable amount of hair which was later used to make three wigs. After getting the hair cut off, Amber Ray, Thomas’ aunt, took to Twitter to praise her nephew by posting a before and after photo.

Amber Ray, his aunt, posted a before and after photo on Twitter when he finally got his hair cut. 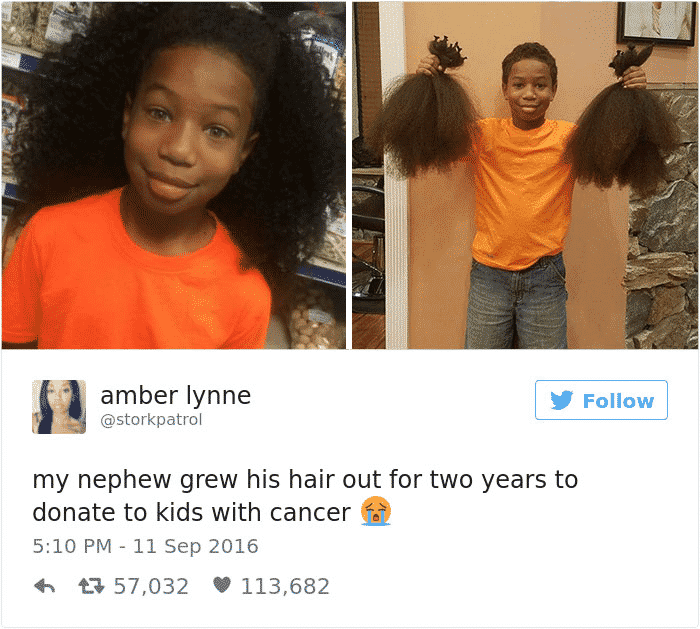 She wrote “my nephew grew his hair out for two years to donate to kids with cancer. 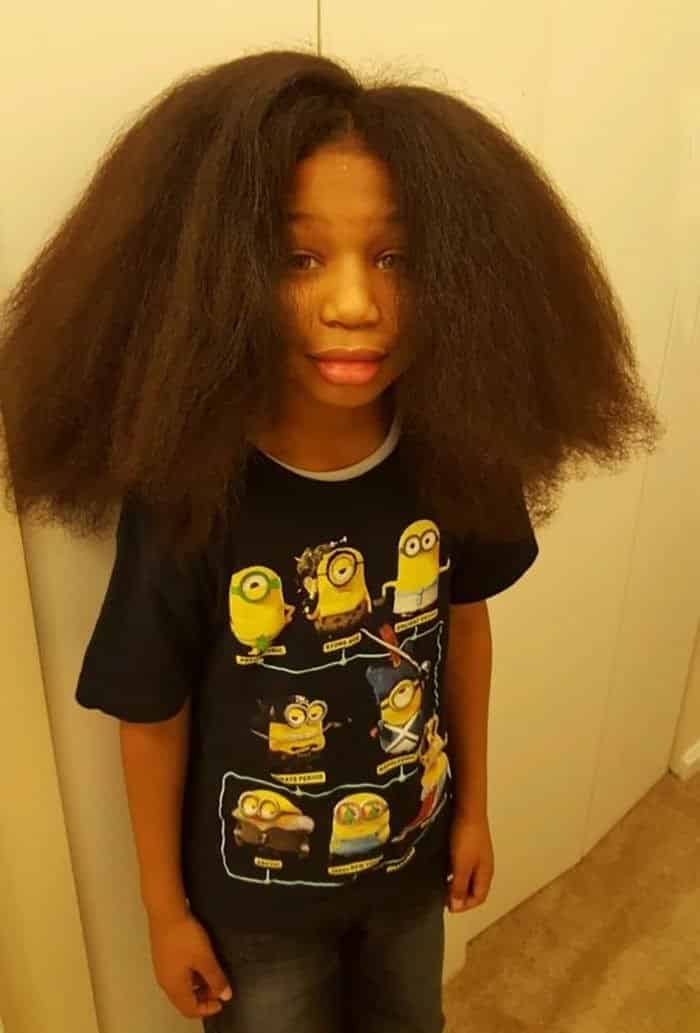 This was how long Thomas was able to grow his hair for a couple of years. 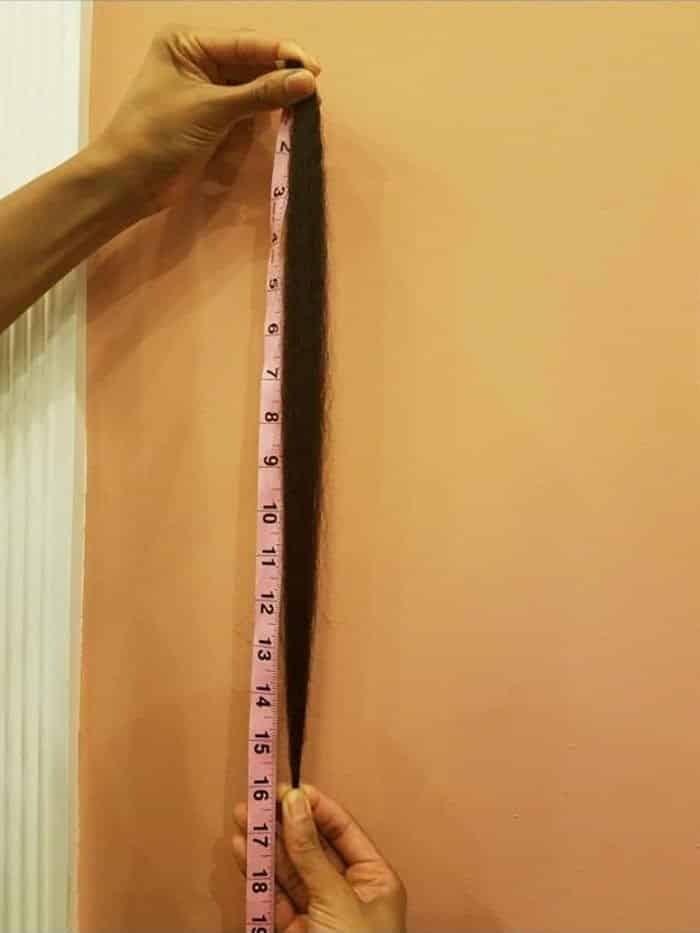 They were able to make three wigs out of his hair. 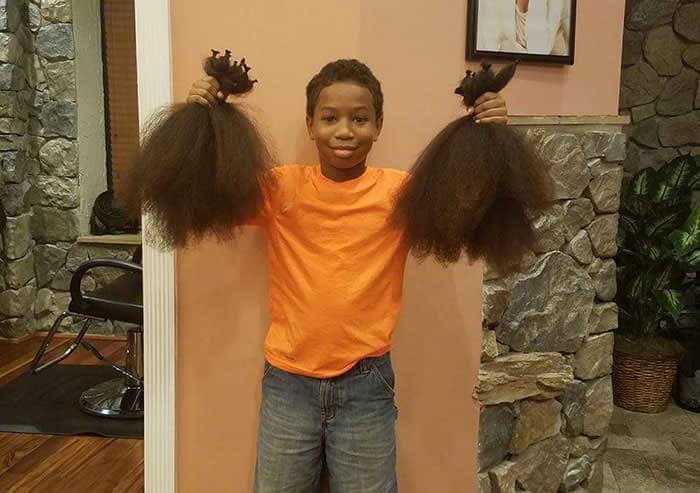 The post has since been liked and shared by thousands of netizens who were clearly touched by the kid’s good heart. Countless Twitter users left comments about the amazing boy. Furthermore, his inspiring story has been picked up by major news websites and many others has heard about the wonderful project.

Thomas’ kind gesture quickly got the attention of netizens as his aunt’s post went viral:

Needless to say, this child has indeed restored our faith in humanity. 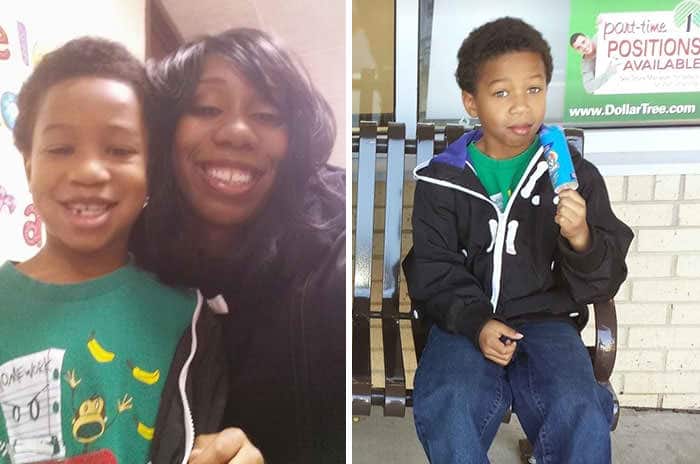 Good job, Thomas! You are a fine young man and you have touched the hearts of many because of your kindness.