Would you ever consider leaving your loved ones and the rest of society to live for your art? While very few of us has the dedication for this, there are artists who would willingly seclude themselves from society in order to focus on their craft. That’s the case with William Ricketts (1898 – 1993), who created a marvelous collection of sacred sculptures.

William Ricketts was an Australian self-taught potter and sculptor who had a personal relationship with the Aboriginal people of Australia. Despite being born in the comfortable suburbs of Richmond, Victoria, William made frequent trips to live with the Pitjantjatjara and Arrernte people of central Australia. This opened his eyes to the lifestyle of the natives, and thus he discovered his spiritual calling.

In the 1930s William decided to move away from society to a secluded area of Mount Dandenong, Australia to channel what he had learned from the Aboriginal people into something creative and lasting. He was deeply inspired by the native way of life, and thus he dedicated the rest of his life to creating a memorial for them.

William’s primary aim was to create a memorial that would preserve the ancestral way of life of the aborigines, which can also be a declaration of peace and enlightenment. He says, “Spirituality is eternal and I want the people to regard this sanctuary just this way, timeless and eternal. All my work expresses reverence for life everlasting. I believe that we are indivisible, linked with all that life and we cannot be separated.”

William was able to create 92 memorial statues in an area now called the William Ricketts Sanctuary, all of which represent the lives of the Australian people who chose to deviate from modernization and thus maintain their harmonious existence with nature.

Below are some of his beautiful artworks, eternally preserved in wood and stone, a brief glimpse into the lives of the people who inspired his creative energy.

Guardians to the entrance. 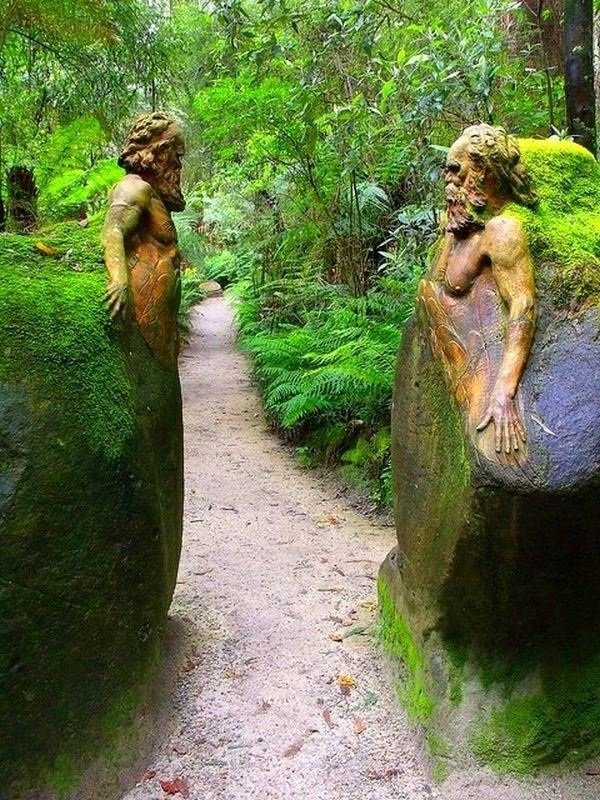 An elder carved onto stone. 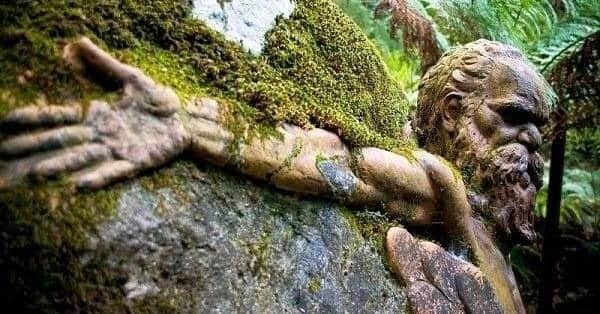 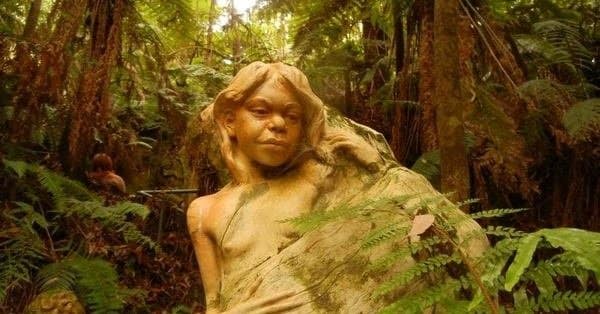 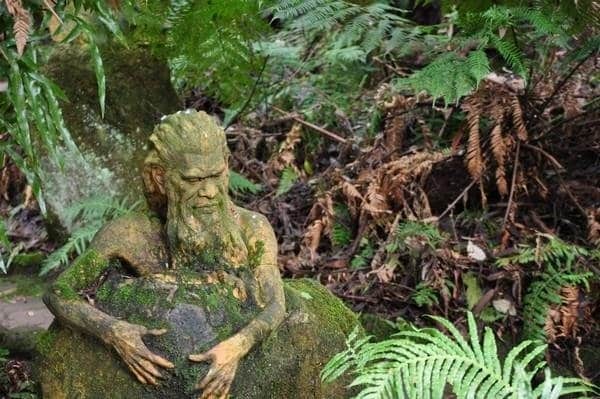 An elder and his followers carved onto stone. 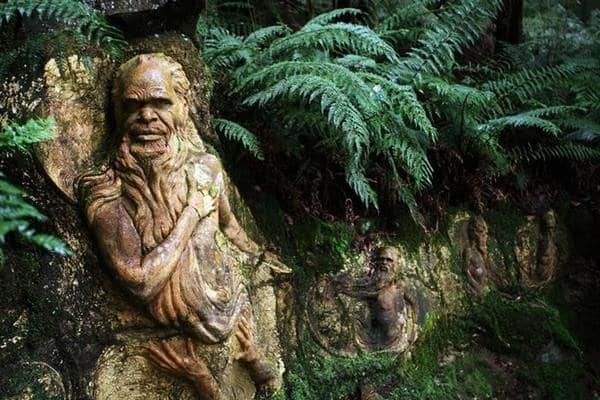 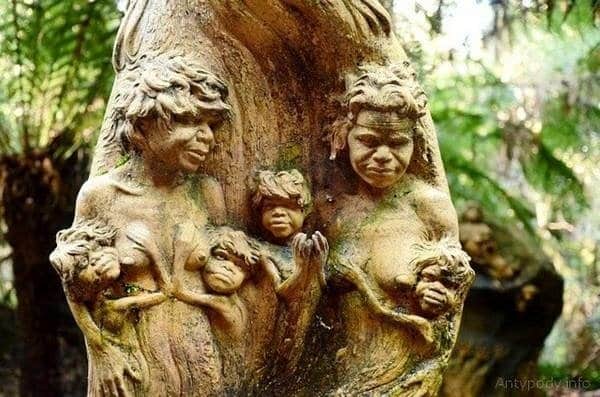 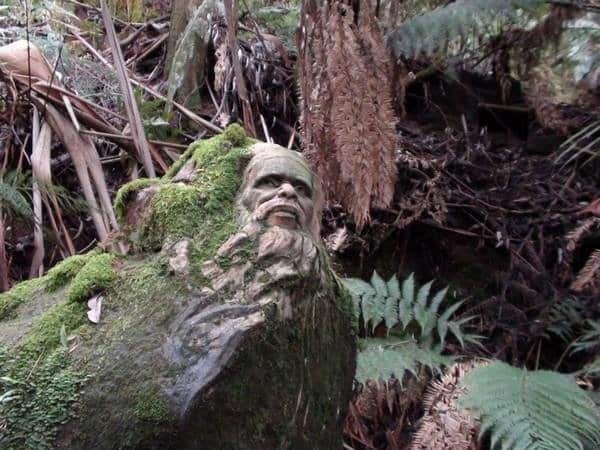 A strikingly detailed sculpture of an elder man. 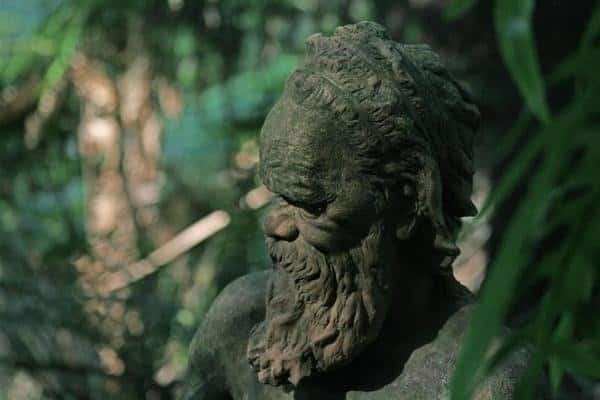 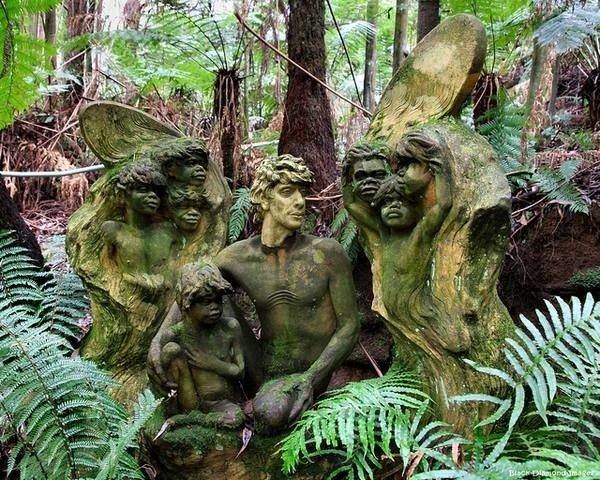 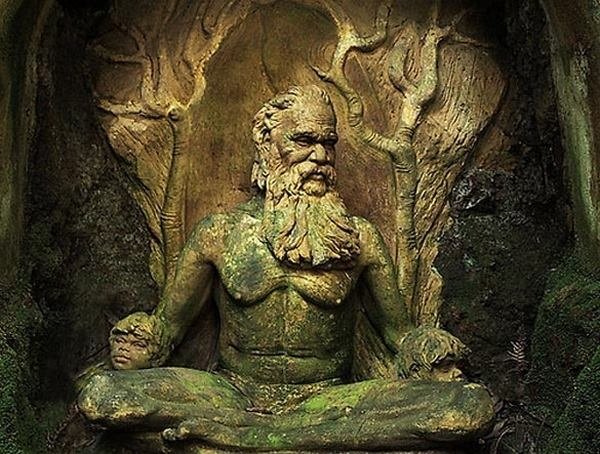 A child and his pet marsupial. 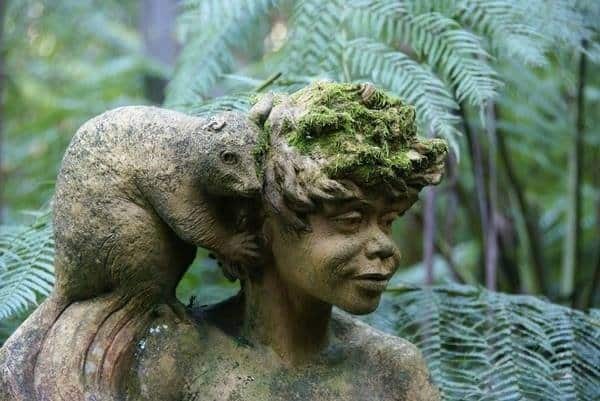 An old man atop a rock. 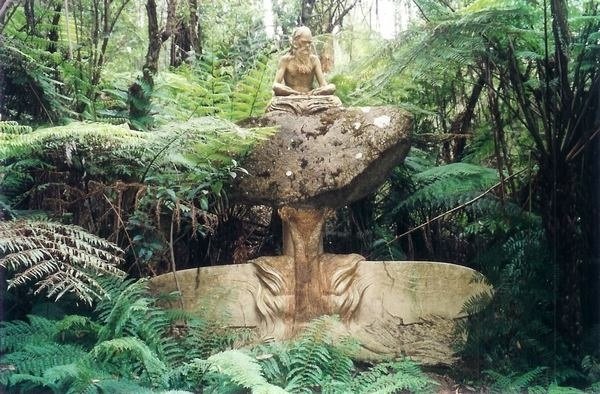 The William Ricketts sanctuary may be visited daily from 10am to 4:30pm. For more information, please visit the Victoria Parks website.