This ATV stunt video recently went viral on social media – for all the wrong reasons.

Although, sure, we’d be the first ones to admit that the driver shown in the clip below is pretty good, the stunt was done in such a way that safety was compromised in order to look, well, bad ass.

The amateur footage shows a few guys riding their dirt bikes and ATVs on the streets of Waterbury, Connecticut. To their credit, most of them were wearing their helmets – except for one dude.

This guy boasted his ATV stunt skills on the highway. 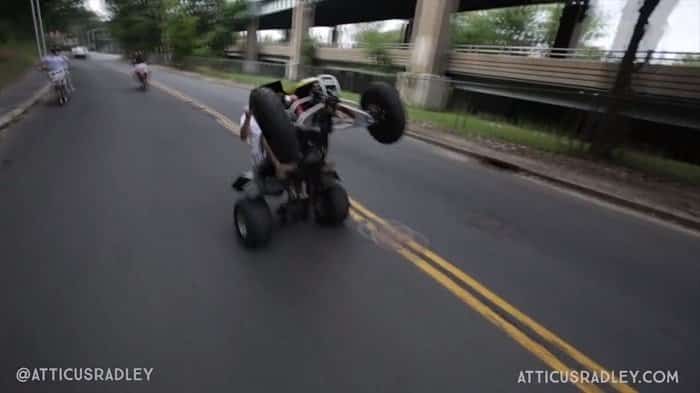 Aside from not wearing any protective gear, he kept his eyes on the camera – not on the road. 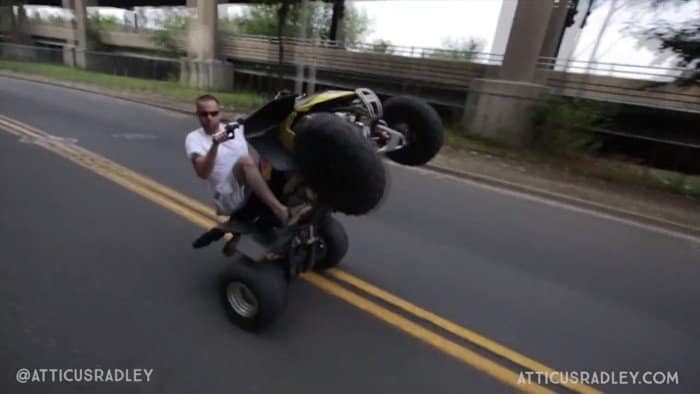 It was already too late when he realized he was driving towards a speeding car. 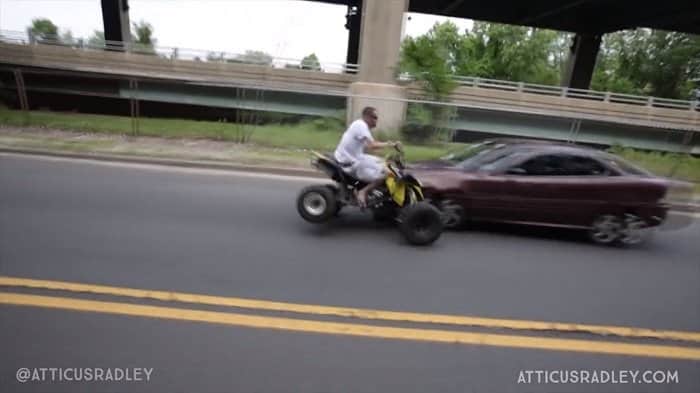 He smashed towards the vehicle, turning the stunt party into a tragedy. 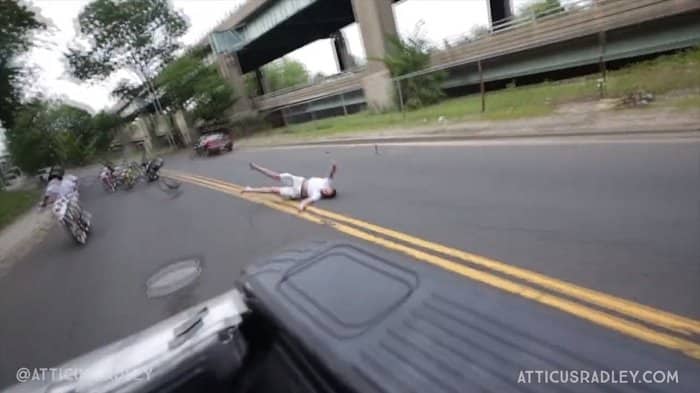 You can watch how it all went down in this short video:

Of course, the message here is pretty simple. Wear your protective gears and keep your eyes on the road at all times. You wouldn’t want to mess up like this guy did. The consequences can be tragic or may even cost you your life.

In short, don’t be stupid!