Horses have always played an important role in our history. Our ancestors spent centuries trying to domesticate the animals before horses became a part of human civilization. Without horses, great empires would never exist. Yet, we continue to learn astounding things about these magnificent creatures every day.

Our ancestors have been riding horses for thousands of years. However, saddles may have been invented for a different animal. Scientists recently found the remains of a donkey with molars that had the same damage as horses that have to wear bits. The skeleton was dated back to around 2700 BC, which is at least 1,000 years before horses were brought to the Near East. Here are seven astounding archaeological discoveries that involved ancient horses.

The Bronze Age people known as the Yamnaya are believed to be the first to tame wild horses before passing on their knowledge to the Botai from Kazakhstan between 3700–3100 BC. However, new evidence reveals that the Botai domesticated horses without any help from the Yamnaya.

The earliest signs of horse domestication were found in a Botai vessel that was once filled with a mare’s milk as well as a horse tooth that has been worn down by biting on a bit. A study also found that the Botai bred horses that have no links to any modern animals. This means the ancient people had their own form of domestication that resulted in a unique horse breed. 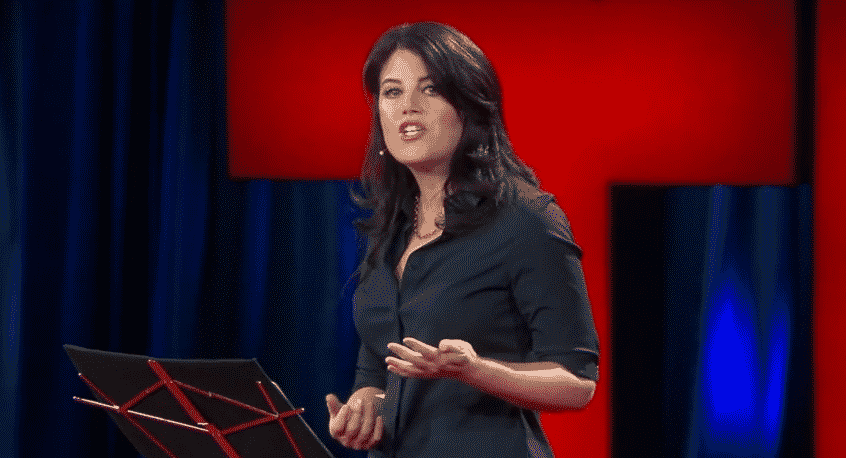 Hipposandals are ancient horseshoes that were invented by the Romans. The metal device protected the hooves and provided traction and comfort for horses. This may be the reason why someone threw in the trash sometime between AD 140–180.

The hipposandals were discovered in a ditch at the Roman fort Vindolanda in Northumberland although they seemed perfectly fine. However, closer inspection revealed that there is a hairline fracture in one of the sandals. The owner may have decided to throw away the whole set rather than risk having one sandal causing major discomfort for his horse.

3. The Horse That Ended The Tibetan Plateau Debate 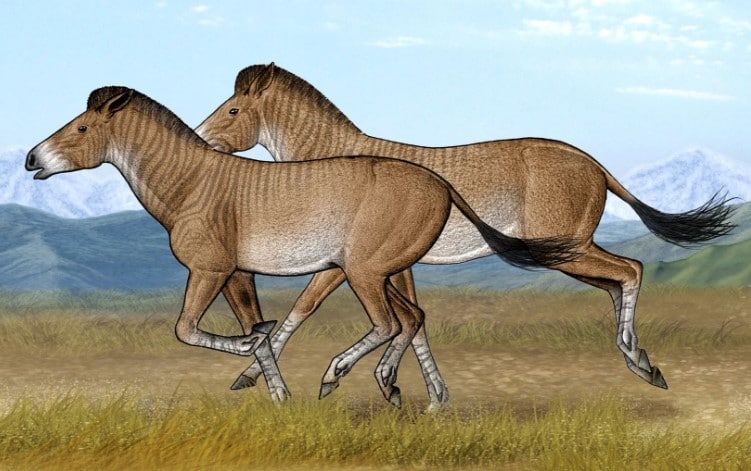 The Tibetan Plateau is the youngest and highest plateau on Earth that has only been around for five million years. Scientists have argued about whether the plateau was originally higher or lower than its current height of 14,800 feet. Luckily, the remains of an extinct three-toed horse may have revealed the truth.

The Zanda horse’s stomach contents confirmed that its diet consists of grass types that have adapted to cold temperatures. In addition to that, it had long legs that suggested it was well-adapted to open terrain. In conclusion, the scientists believed that the Zanda Basin would have been about 13,000 feet when the horse died. 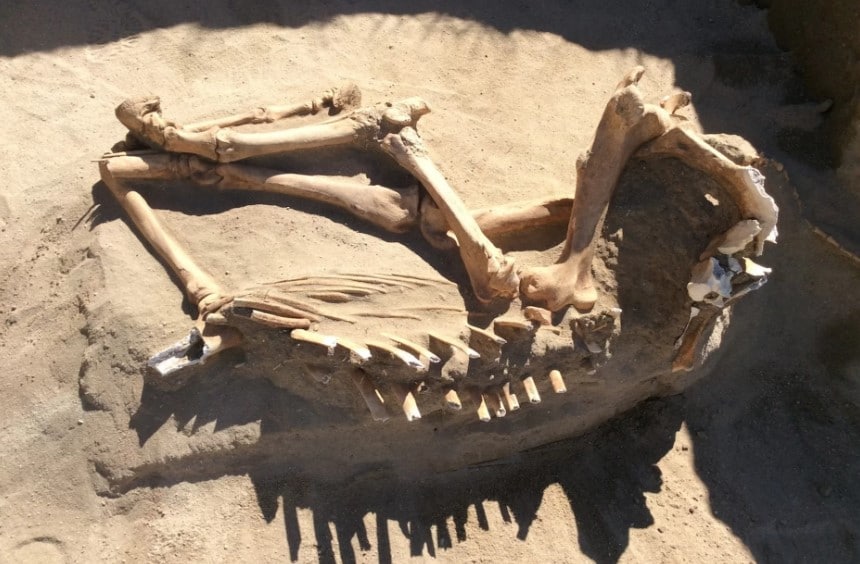 Europeans are credited for bringing horses to North America after ancient specimens went extinct about 11,000 years ago. This is why a rare discovery in Utah astounded scientists in 2017. The skeleton was initially believed to be a cow’s bones but has been found to be the remains of a horse that died almost 16,000 years ago.

Scientists have yet to determine the Ice Age horse’s gender and cause of death. However, they believe it is a real survivor that lived a long life despite a possible illness. 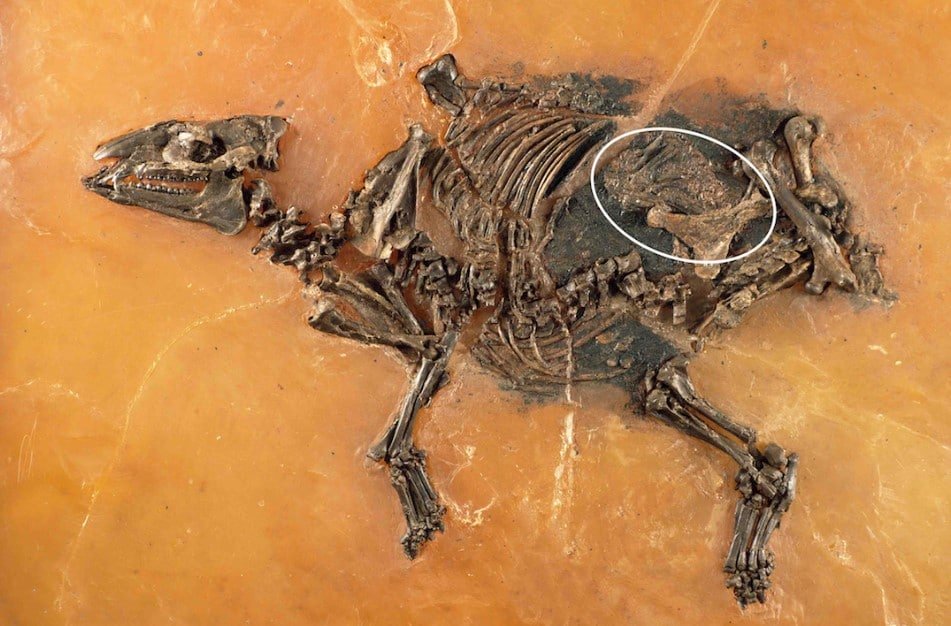 Today’s horses might be tall, majestic creatures yet they are descended from ancient equines that were once the size of a fox terrier. Interestingly, the tiny horses have passed on some of their unusual traits to their descendants.

In 2014, Archaeologists have found the fossilized remains of a pregnant Eurohippus messelensis in the Messel Pit fossil site in Germany. The mare still carried its full-term foal in her uterus, which is connected to her backbone through a broad ligament. She also had a crumpled outer uterine wall. These two distinct reproductive traits can be found in modern horses.

Our ancestors have been practicing horse dentistry since the animal’s domestication. A crooked 3,000-year-old horse incisor found in the archives of the National Museum of Mongolia bore signs of being sawed halfway through.

Scientists believe that the owner had tried to flatten the tooth in an effort to alleviate the horse’s pain. However, the procedure was halted before the incisor was fixed. Unfortunately, the horse was later sacrificed and ritually buried. 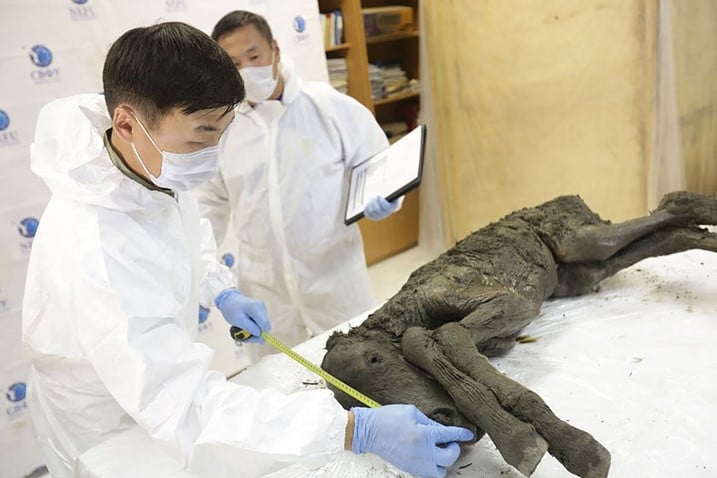 The Lena horse (Equus caballus lenensis) is an ancient equine species that became extinct thousands of years ago. However, paleontologists have found a perfectly preserved Lena foal tucked in permafrost in Siberia’s Batagaika crater. The discovery is certainly astounding because the young horse still has skin, hooves, and tiny hair in its nostrils. It is said to be the best-preserved ancient horse ever found although the 2-month-old baby met its end between 30,000 and 40,000 years ago.

Scientists are not satisfied with simply learning more about the animal. There are plans for cloning the young Lena horse for future studies.