It only takes a few seconds to destroy some of Nature’s most stunning gifts. A group of vandalizing teenagers have just defaced a landmark that has stood since the Ice Age. Not surprisingly, people are enraged with the teens and their complete disrespect for the national monument.

The Brimham Rocks were undoubtedly one of the most amazing reminders of what Earth looked like during ancient times. The rock formation is 320 million years old and is considered a National Trust landmark. It is also one of the major tourist spots in North Yorkshire, England. Although they survived millions of years of erosion, the rocks were not strong enough against the attacks of rowdy teens.

Thousands have been astounded by the amazing balancing rock formation known as the Brimham Rocks. 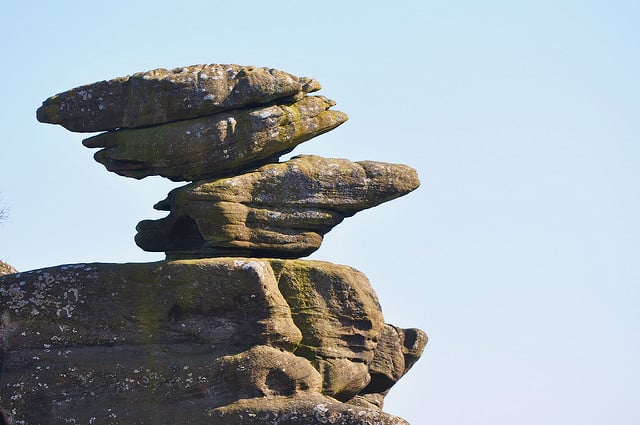 Unfortunately, some teens were not impressed with the rocks that have stood for millions of years. 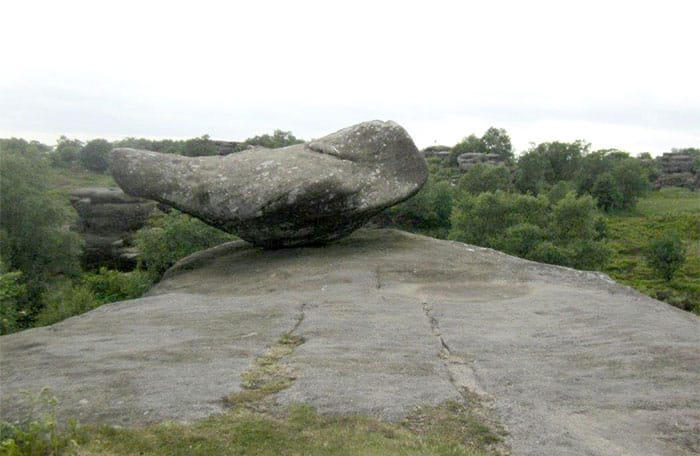 The vandals pushed the rocks off the crag and scratched graffiti all over the area. 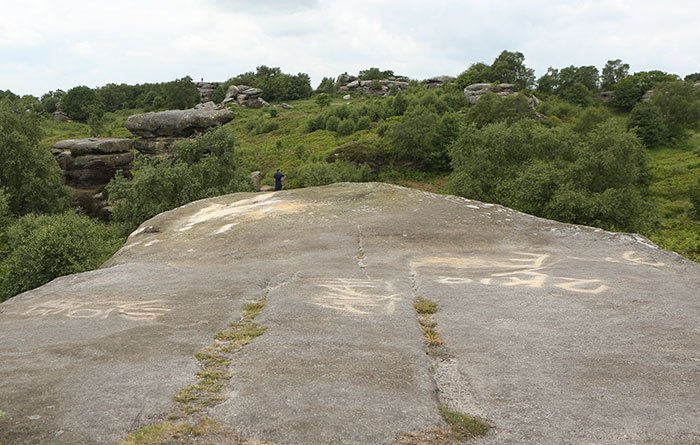 The teens left their names on the rock but police have yet to find the suspects. 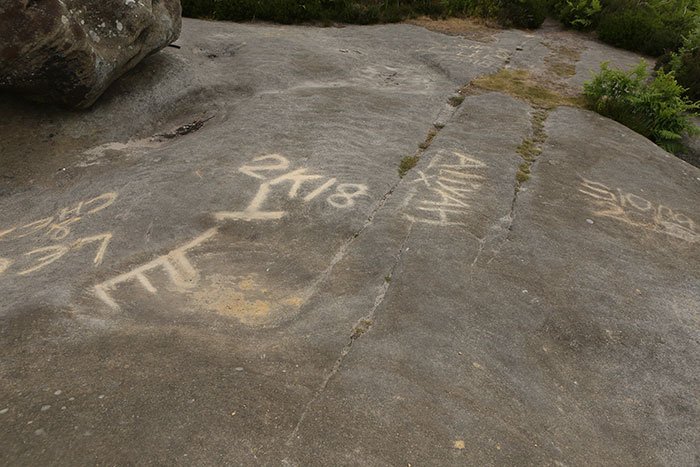 North Yorkshire Police explained what happened to the Brimham Rocks.

“At around 8.45pm on Friday, 1 June a group of five young people were seen pushing a rock at the top of one of the crags. This resulted in the rock falling from the crag causing damage to the crag face. The damage this has caused is irreplaceable and it is now in a potentially dangerous condition.”

The crag face has been damaged so badly that the area is currently closed off from visitors. 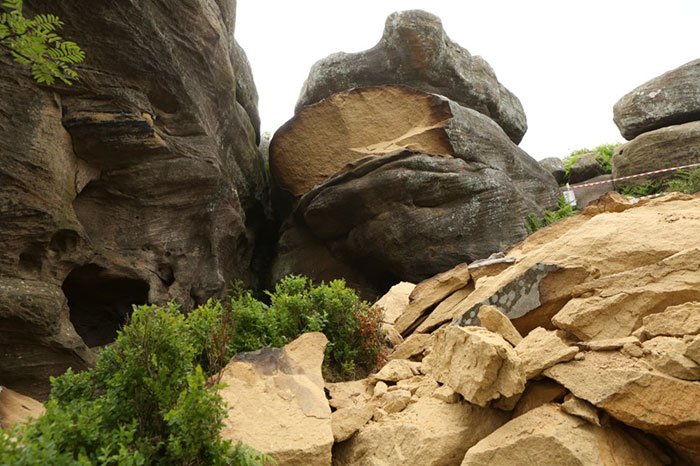 Police are relieved that no one was hurt when the rock formation fell from the crag. 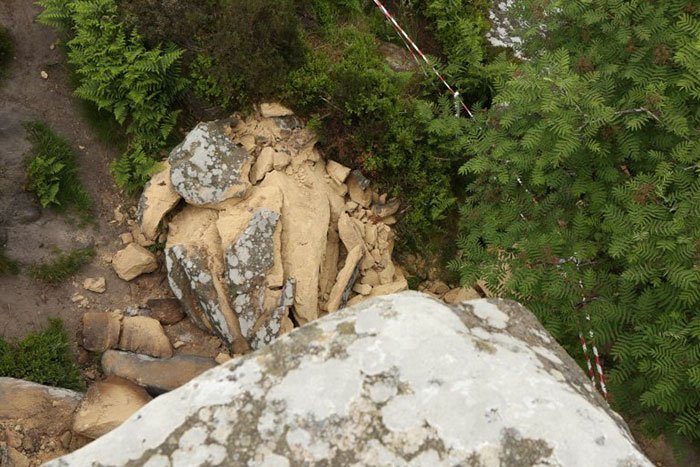 The incident was more than just vicious vandalism. According to the North Yorkshire Police, the teens could have caused trouble to people visiting the Brimham Rocks.

“The incident has not only caused considerable damage to both the rock and the crag face, but those responsible also put themselves in danger and have created a potential hazard for other visitors to Brimham Rocks,” they said in a statement.

It may take some time before the area can be cleared for safety. 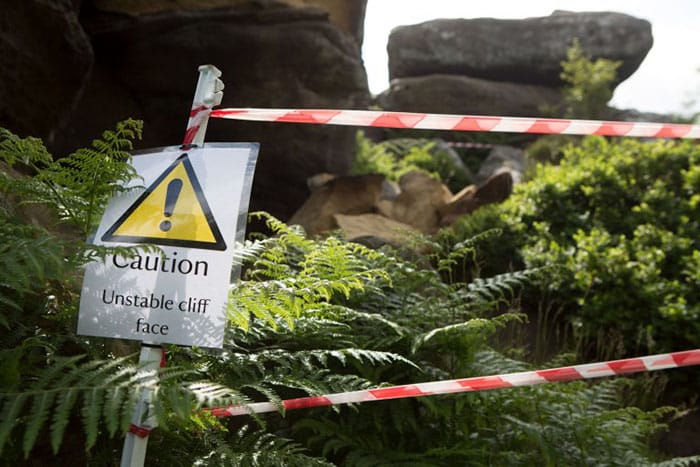 The vandalism certainly had people fuming over the teens’ reckless actions. 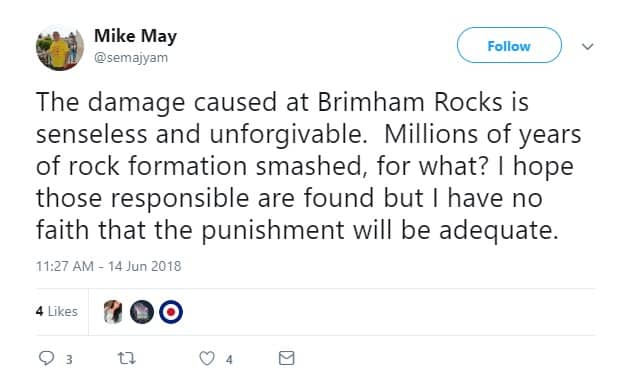 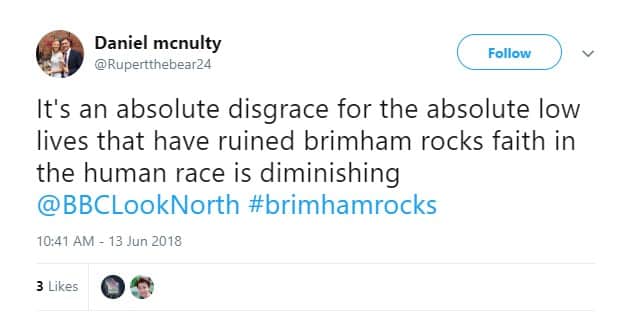 As of writing, no one has been arrested for the vandalism. Nevertheless, the North Yorkshire Police is continuing to investigate the incident.