Japan, a country known for coming up with equally unique and strange inventions and innovations, has capsule hotels. These tiny hotels have attracted many travellers and certainly captured the interest of people from all over the world. But there’s a one-of-a-kind guesthouse in Japan that will make guests make use of every space it has to offer.

In Won Kim’s photo series “Enclosed : Living Small”, the photographer captured shocking photos of a hidden guesthouse intended for backpackers in Tokyo. Unlike rooms in capsule hotels, there are no windows, no space to stand up, and a curtain is used instead of a door in these rooms. The whole hotel is so compact that it’s located on a single floor of an office building.

Kim had the opportunity to live inside the extremely small headquarters while backpacking in Japan. Two years after his memorable stay in the tiny guesthouse, Kim decided to return and live there for several months in order to photograph the incredibly tiny rooms which many residents consider their home.

In the process, he had the chance to get to know the inhabitants and photograph them inside their womb-like sanctuaries.

“For me, the real interest of the resulting portraits is in how each resident has made use of a such a small, confining space. In each case, the sharply-defined space and its contents tell something about its occupant’s personality, and his or her ability to function in such a strange, enclosed environment,” Kim wrote. 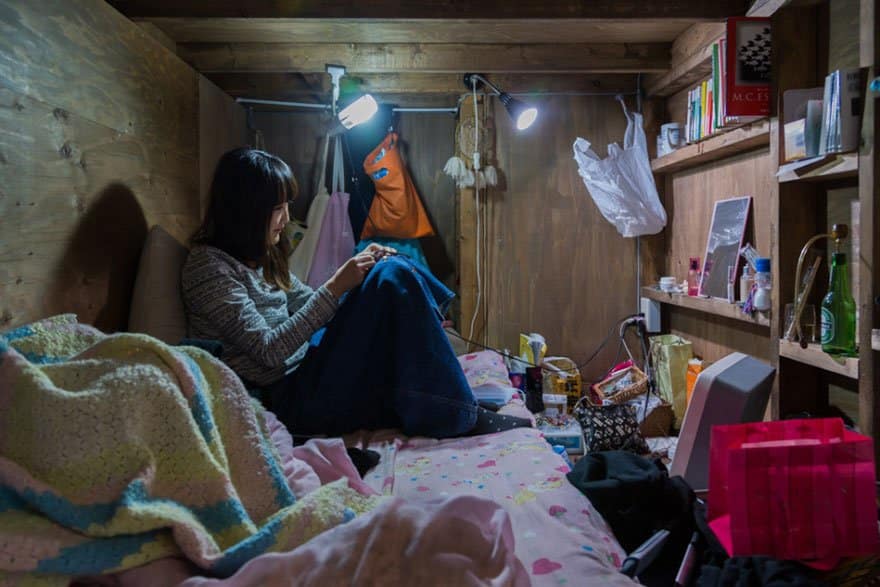 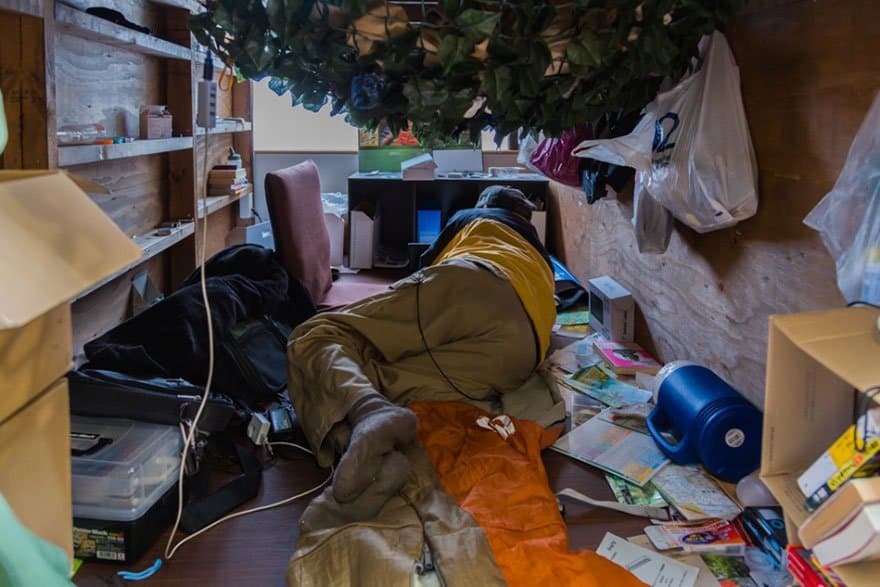 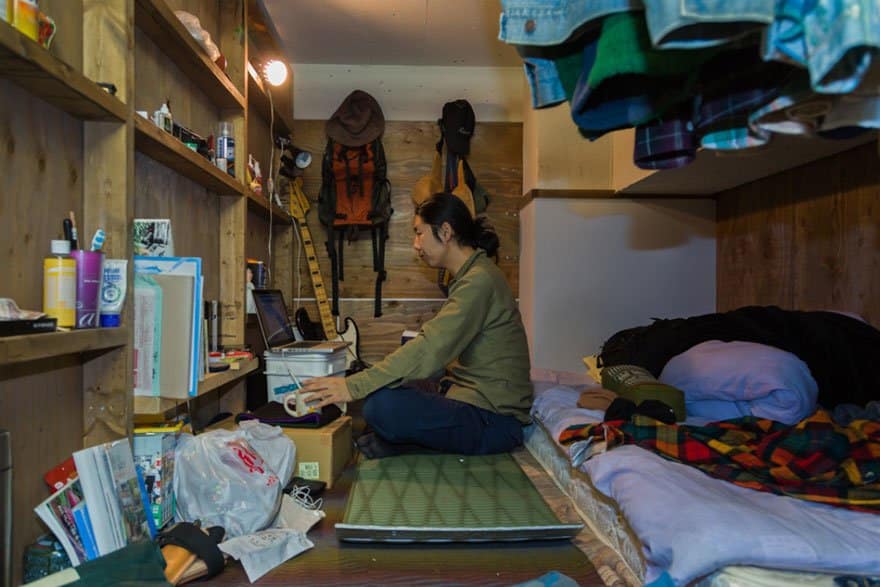 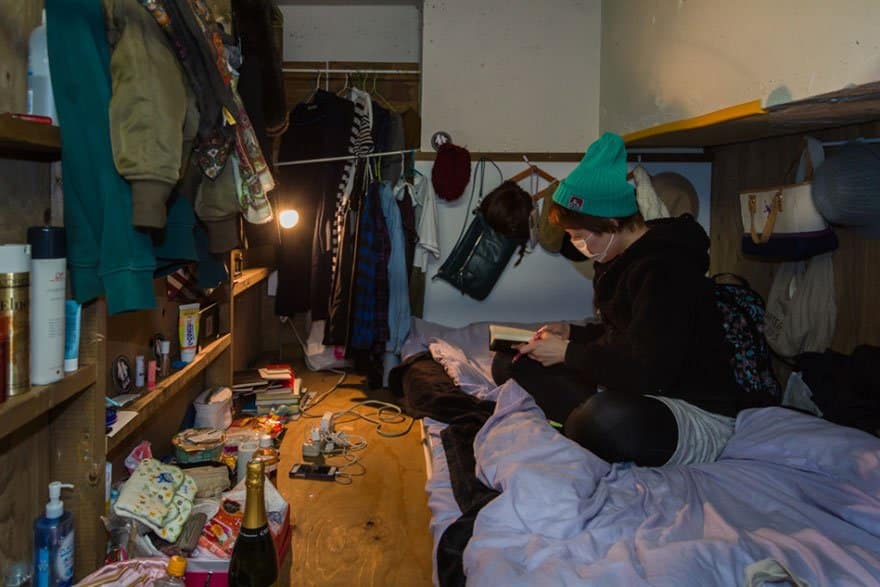 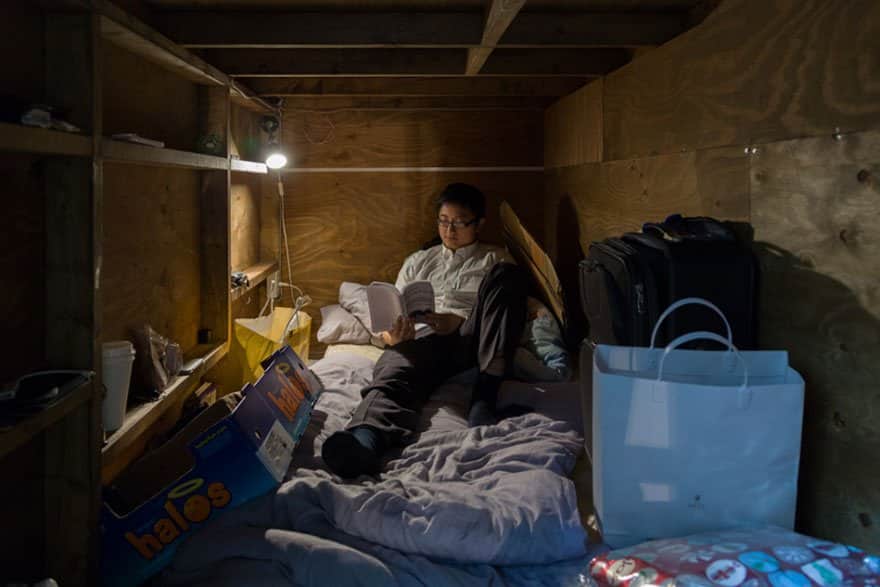 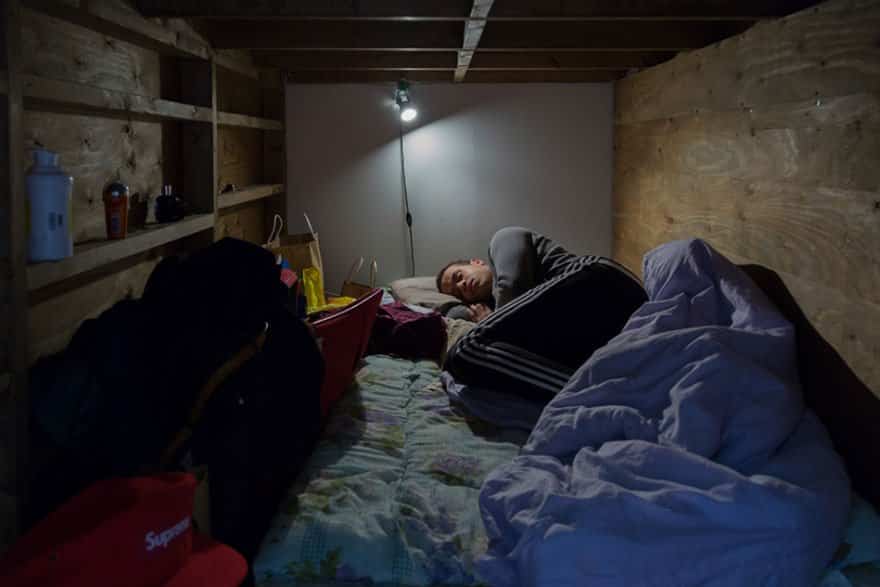 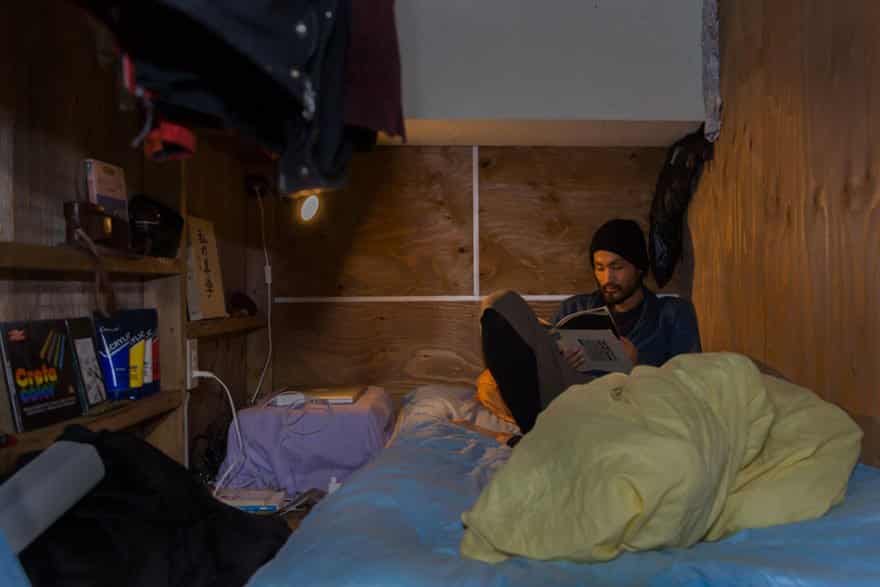 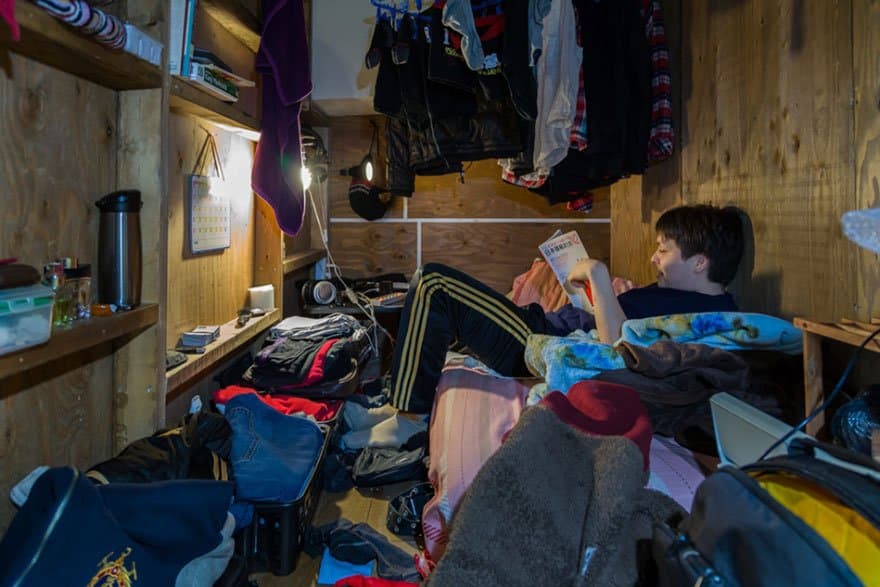 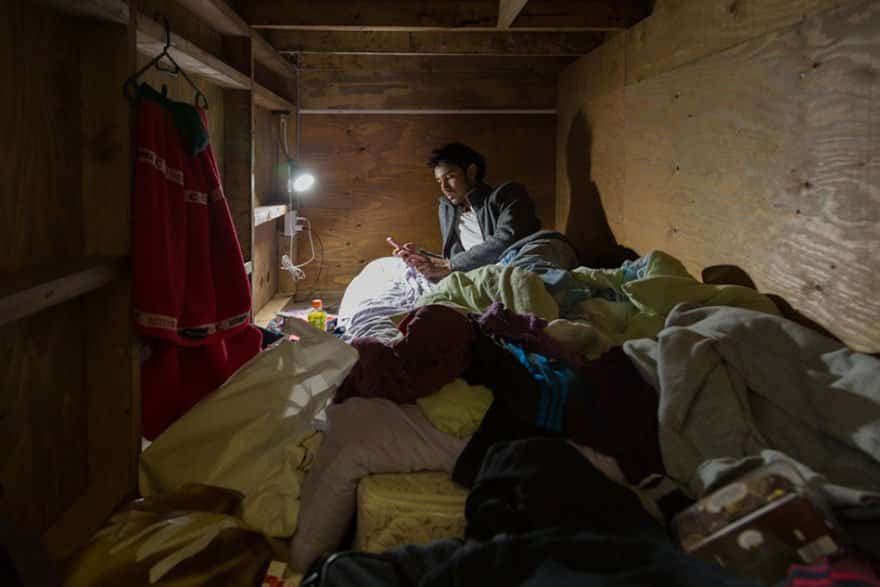 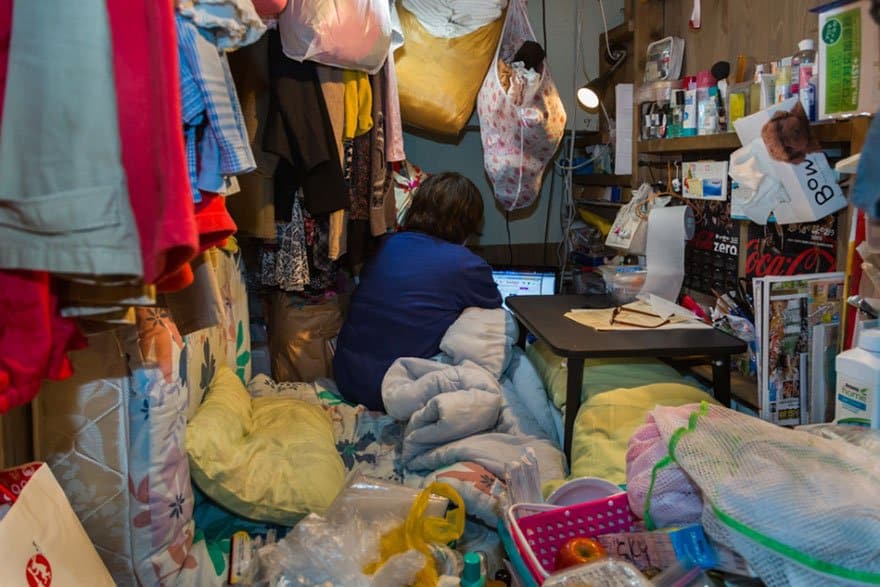 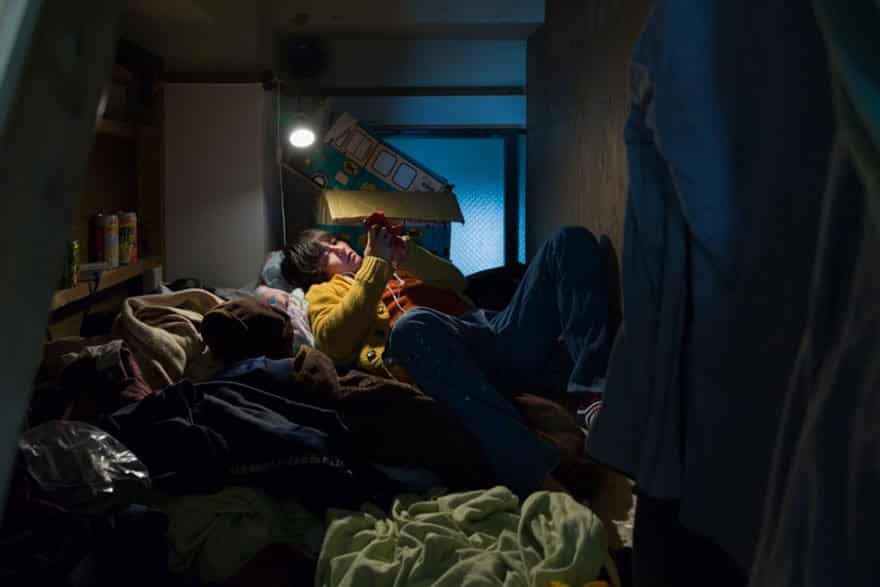 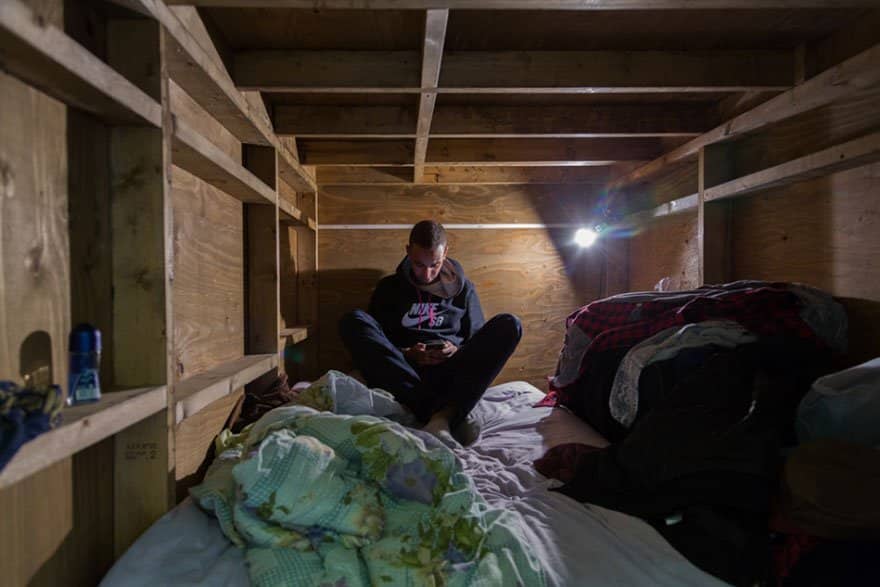 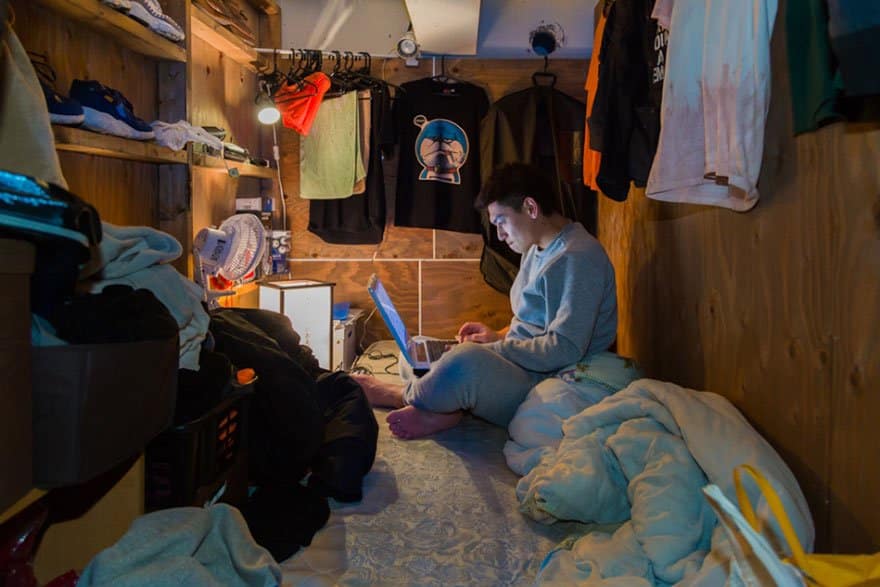