A 4000-year-old Assyrian baked clay tablet is giving us a glimpse into ancient marriages and the earliest mentions of infertility and surrogate parenting. Teams of archaeologists from Turkey have been studying the engravings on the tablet and believe it is an actual prenuptial and marriage contract.

The tablet was discovered at the UNESCO World Heritage site of Kültepe-Kanesh in Turkey’s central Kayseri province. It features small illustrations and texts written in cuneiform script, which is an early writing system first developed by the ancient Sumerians of Mesopotamia. 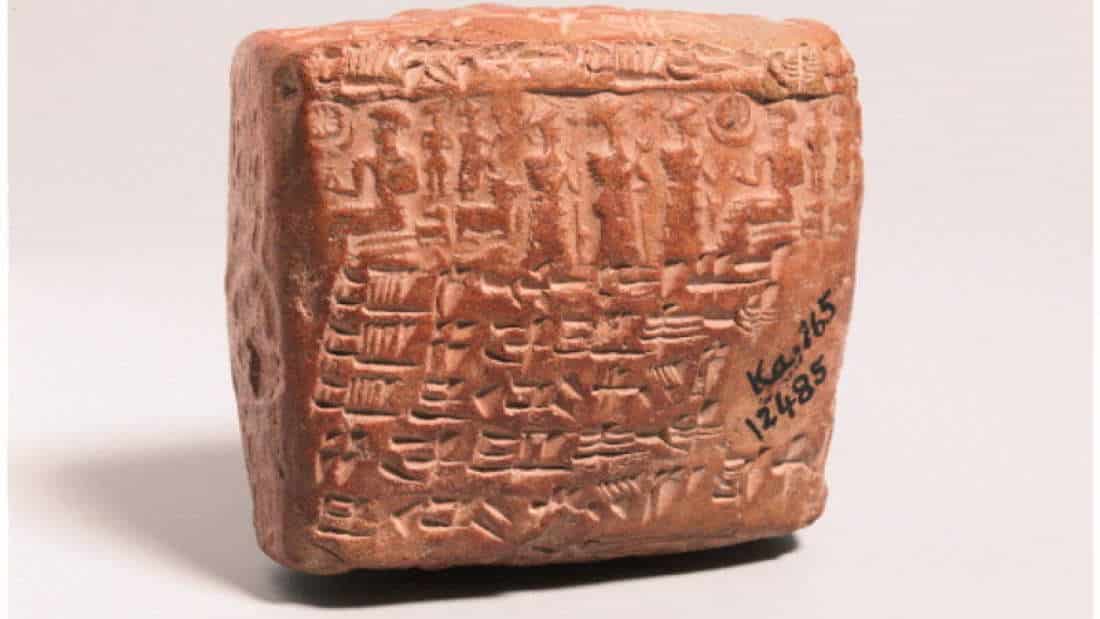 According to the study entitled “Infertility and surrogacy first mentioned on a 4000-year-old Assyrian clay tablet of marriage contract in Turkey,” the text in the tablet describes the marriage of a man and woman known as Laqipum and Hatala. As part of their agreement, the text says the husband could employ the help of a surrogate mother should the couple fail to conceive a baby two years into their marriage.

“The female slave would be freed after giving birth to the first male baby and ensuring that the family is not left without a child.”

Monogamy was the normal practice then, and surrogacy was believed to help maintain marriages even amidst infertility issues.

Infertility was also not an acceptable grounds for divorce in ancient Assyria. According to the study, the rest of the script reads:

The tablet is on display at the Istanbul Archaeology Museum. Since explorations and excavations started in 1948 at the site in Kültepe-Kanesh, almost 25,000 other cuneiform tablets and texts have been discovered alongside this particular tablet.