Its frustrating to be a woman in a man’s world. With gender discrimination, sexual harassment, and body shaming, women face so many attacks from all sides while trying to build their careers, nurture their relationships, get an education, keep a home, and raise their children.

The agony and aggravation of being a woman… 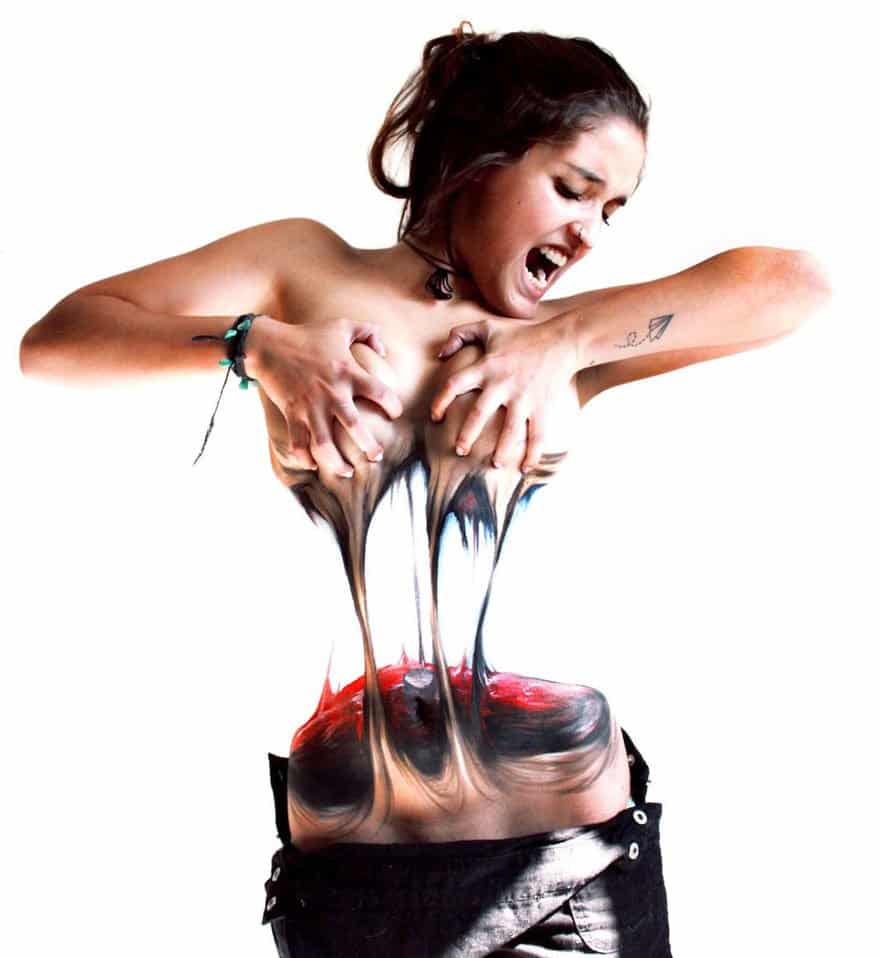 Using photography as an integral part of his process, Poque creates the mind-bending illusion of women angrily pulling themselves in two with their bare hands.

Soul departing from body in a quest for freedom from oppression… 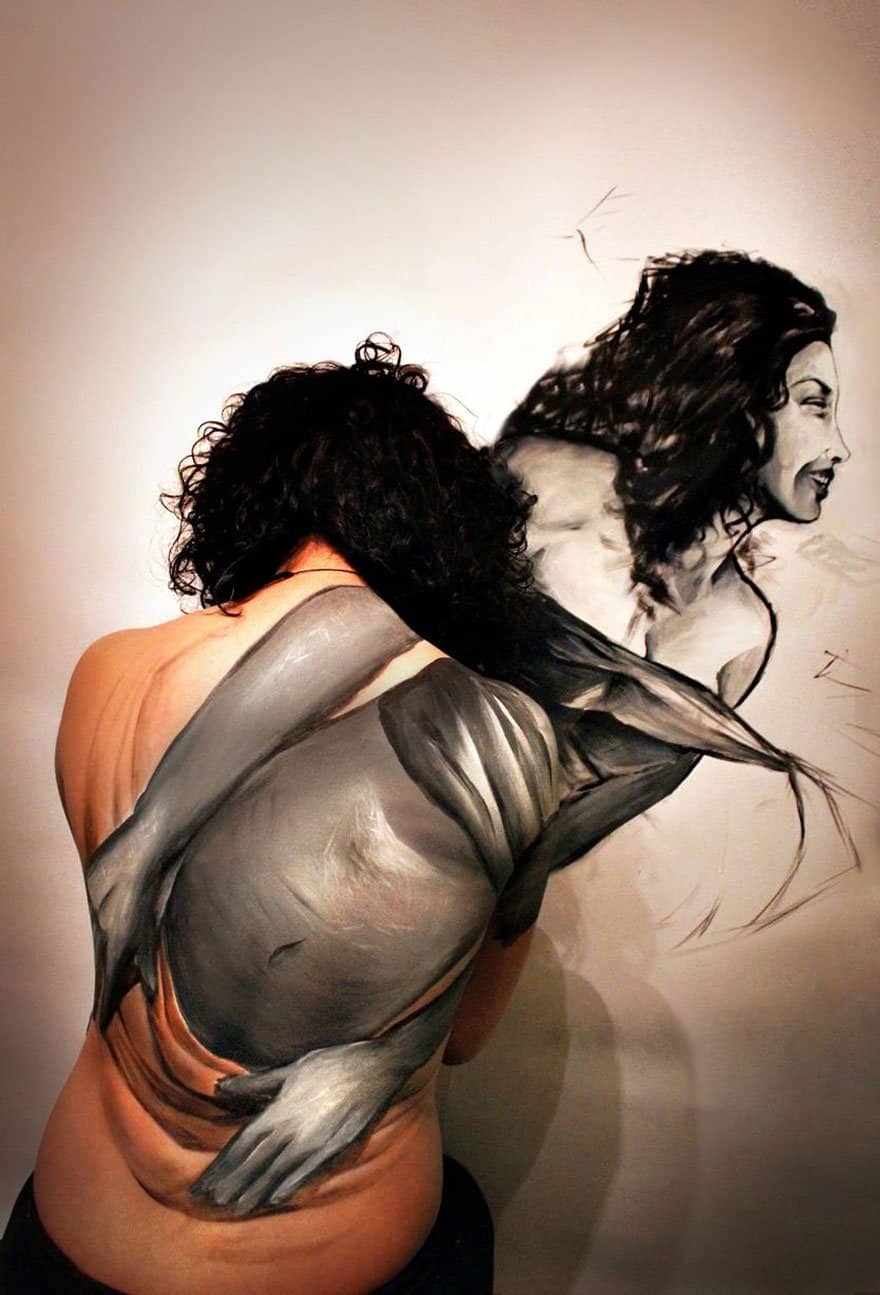 While the talented artist began to work without a plan in mind, once he got started, the idea of showing women’s real anger and pain surfaced, and Poque set about getting the works of art to come alive.

Apart from taking the best shots from the right angles, he works on painting his illusions to make it appear his subjects’ skin actually tears, with the flesh appearing to be ripped apart. 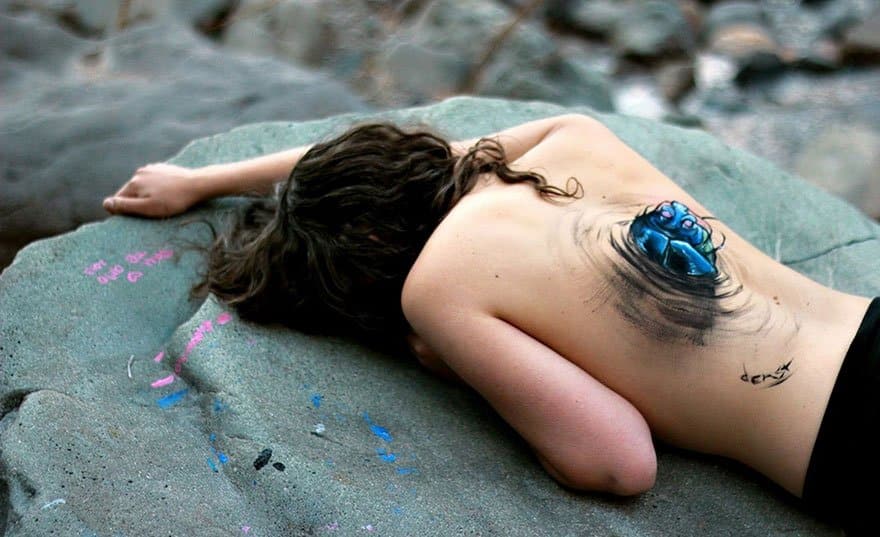 With each statement piece taking anywhere from an hour to seven hours to complete, Poque laments that in his country, the art he creates isn’t considered as having value.

He feels if he lived in some other place, perhaps the illusions he photographs and paints will start to get the appreciation they deserve. 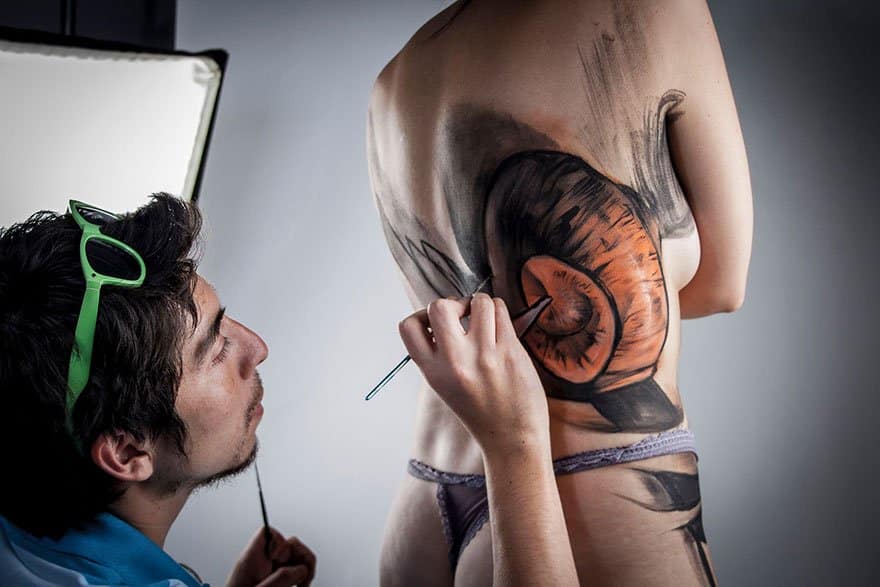 Despite being relatively unknown in his native Chile, he is thrilled to be able to create the works of art he has completed.

While his choice of subjects may be both shocking and profane to some, Poque says he continues to work on his mind-bending visuals, using bodies as his medium, and relating the bodies he paints with the environment, which has given him a small measure of notoriety online.

Freed from the pain… 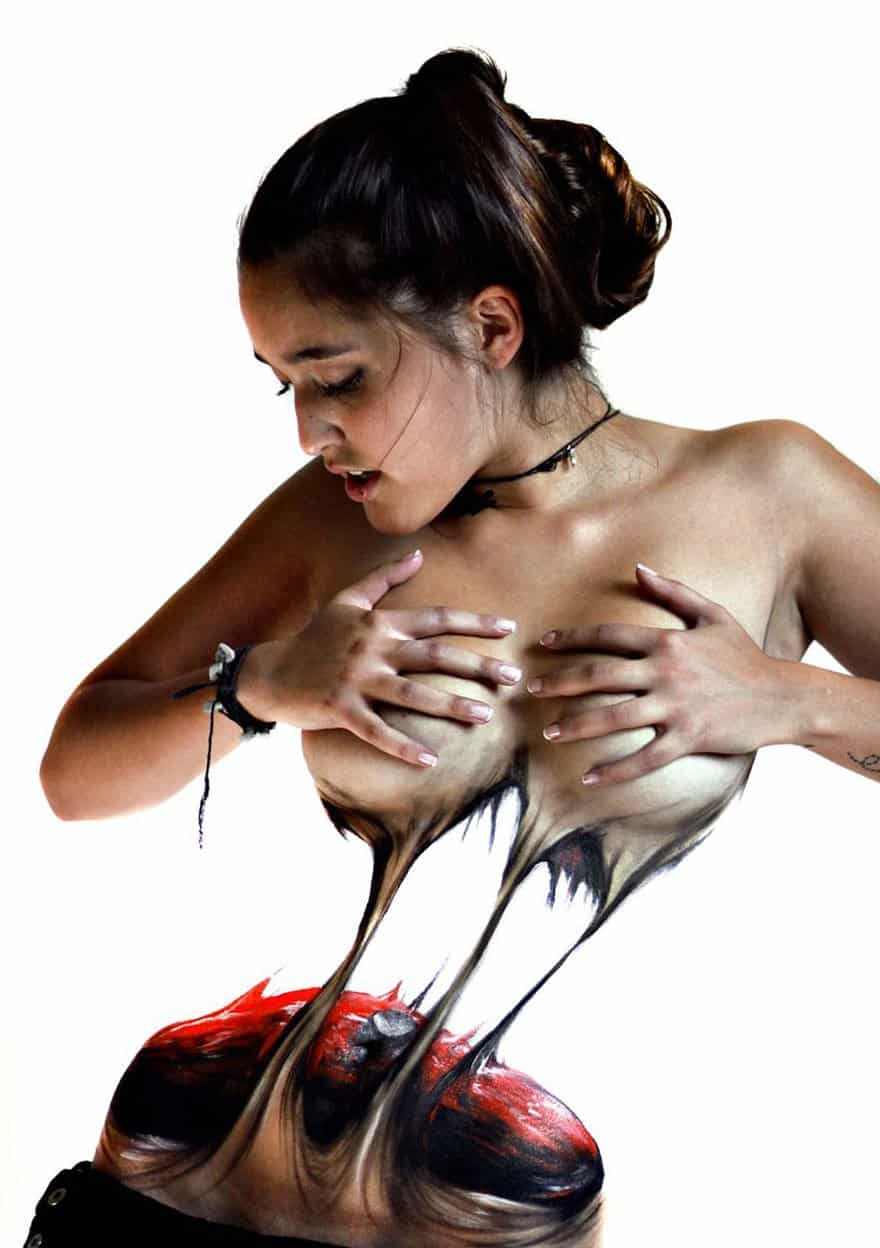 Both creepy and cool, the visual impact of his torn-apart women is stunning, and the message his art sends resonates with women to their core.

Do you sometimes feel like tearing yourself apart, too?