This vast desert with old ships and fishing boats seem like a set from a movie, but it’s actually real. Interestingly, the Aral Sea in Central Asia was once a huge lake – the fourth largest in the world – that has shrunken in size, leaving the place barren and dry.

The then-26,000-square mile area served as a border between Uzbekistan and Kazakhstan. But starting in the 1960s, the place dried up when rivers that supply its waters were diverted elsewhere. 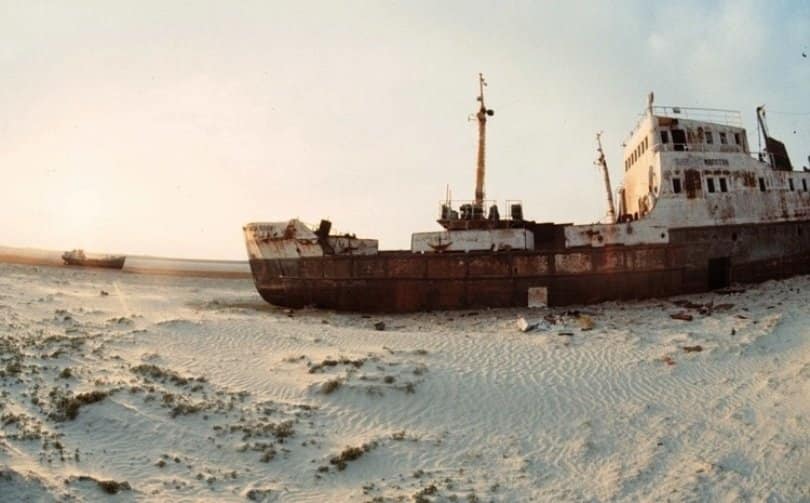 …that was once one of the world’s largest lakes half the size of England. 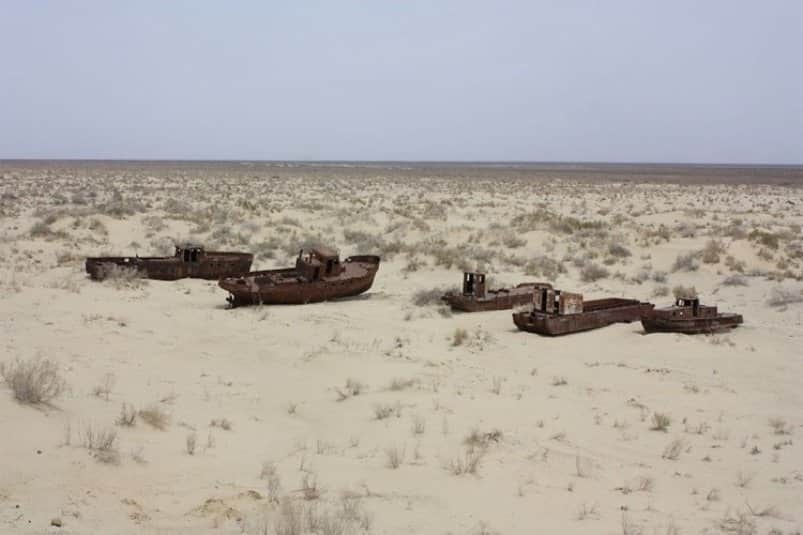 The cause for this phenomenon dubbed as one of Earth’s “most shocking environmental disasters” is the Soviet Union’s intention of boosting the cotton plantations in the arid region. The ambitious Soviet project – a diversion of the two rivers that fed into the Aral Sea – was only a short-term success. The engineers decided that the Amu Darya and Syr Darya rivers would irrigate the desert, where cotton could be grown for future exports – but the implementation of the idea led to an ecological catastrophe.

The sea once stretched for about 26,000 square miles, but has dried up beginning in the 1960s. 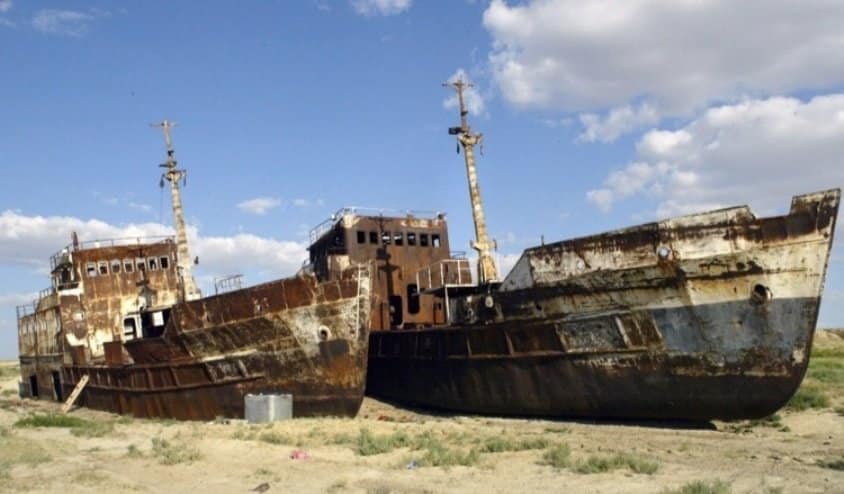 Irrigation for cotton plantations contributed greatly to the sea’s evaporation. 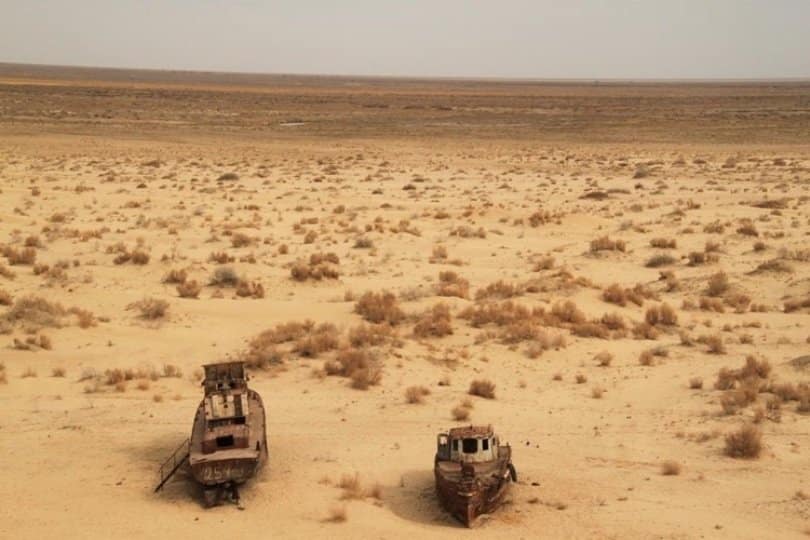 The evaporation of the sea resulted in layers of sand that have extremely high sodium content. Winds can carry this sand to different regions as far as Japan and Scandinavia, which also contributed to health problems. Cancer and other illnesses are also common in this once-popular fishing area.

“You can’t see salt in the air, but you feel it on the skin, and you can feel it on a tongue,” said a local woman, whose husband suffers from chronic bronchitis. But the salt isn’t the only threat; the wind also spreads dangerous pesticides.

It was the fourth largest lake in the world. 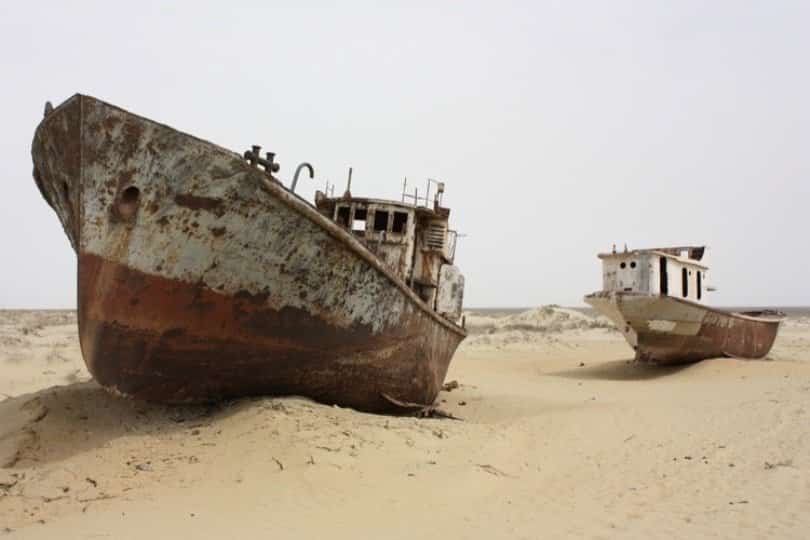 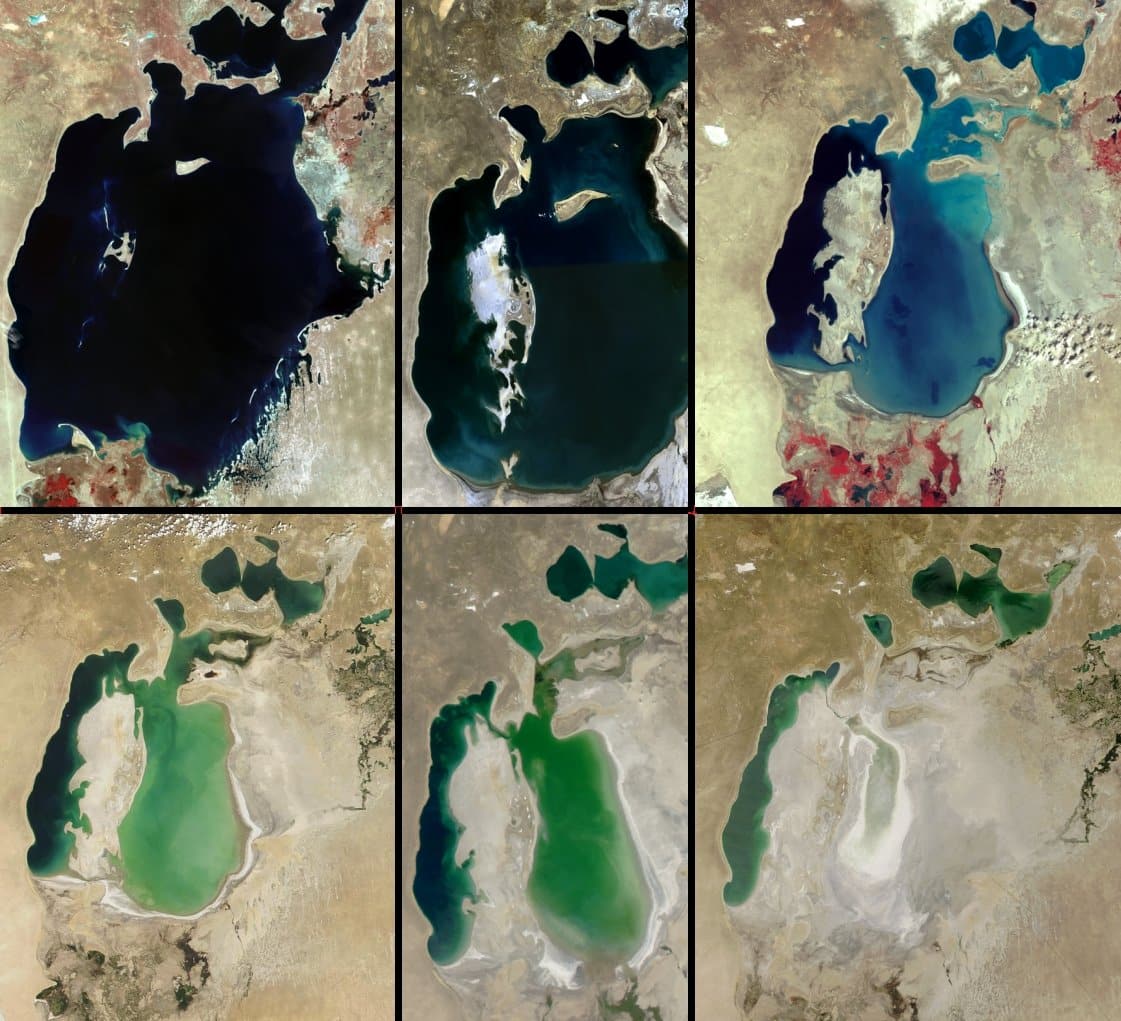 The area was also given a new name, the Aralkum Desert. 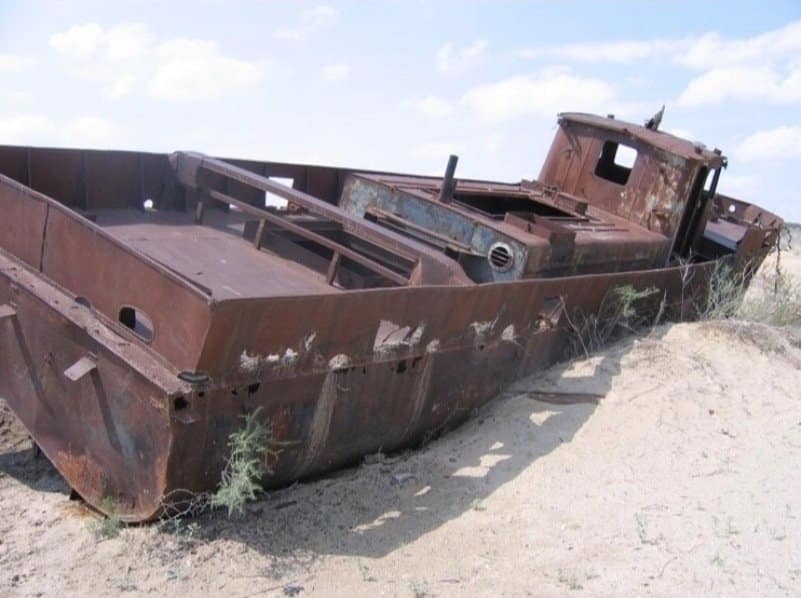 Imagine yourself traveling from the small Kazakh city of Aralsk to the Aral Sea, which is slowly and steadily dying. Having turned into desert, it is now home to camels and abandoned ships decorated with graffiti depicting the ghosts of sailors.

However, there might be some hope for Aral Sea as nearby nations want to help out with restoration projects. These efforts to restore the water in the great lake started in the 1960s; some of them failed, while a few succeeded – just like the project in Kazakhstan.

Kazakhstan constructed a large dam around the remnants of Aral Sea and called it Dike Kokaral. Thanks to this dam, the waters are starting to rise up again. 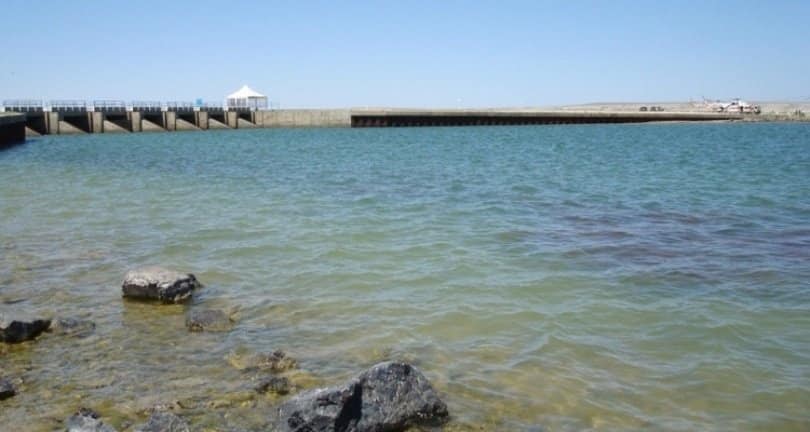 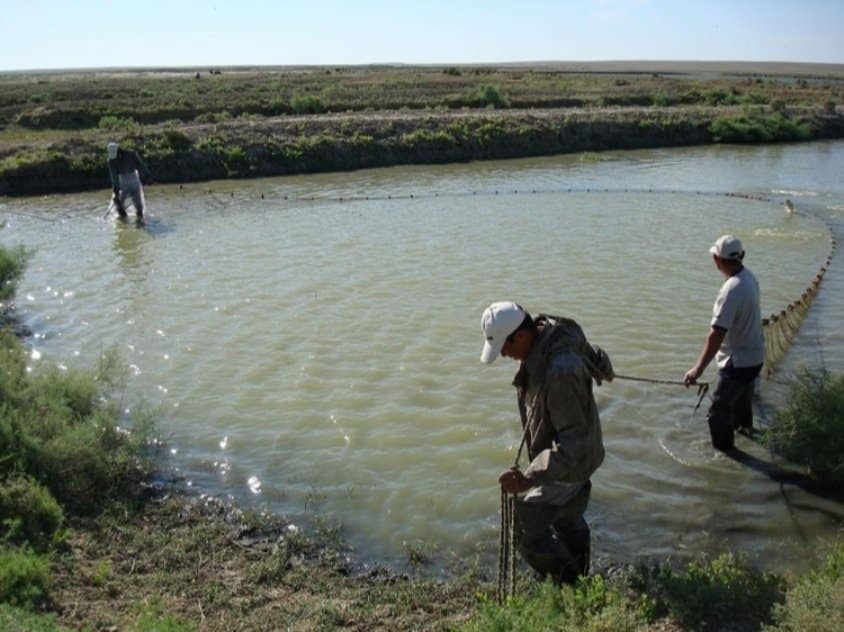 The dam may contribute only a little, but it is already a big step towards bringing back life to Aral Sea.