When we think of churches, what immediately comes to mind are huge cathedrals with high ceilings, intricately carved arches, detailed and vibrant stained glasses and elegant spires. However, other churches can be beautiful and unique in their own way, just like how cave churches in Cappadocia, Turkey are.

The land of Cappadocia is not only famed for its hot air balloon festivals. The region also happens to be home to impressive ancient cave churches that are made from carvings on the rock formations in the area.

These fascinating churches have been carved out from soft rocks. 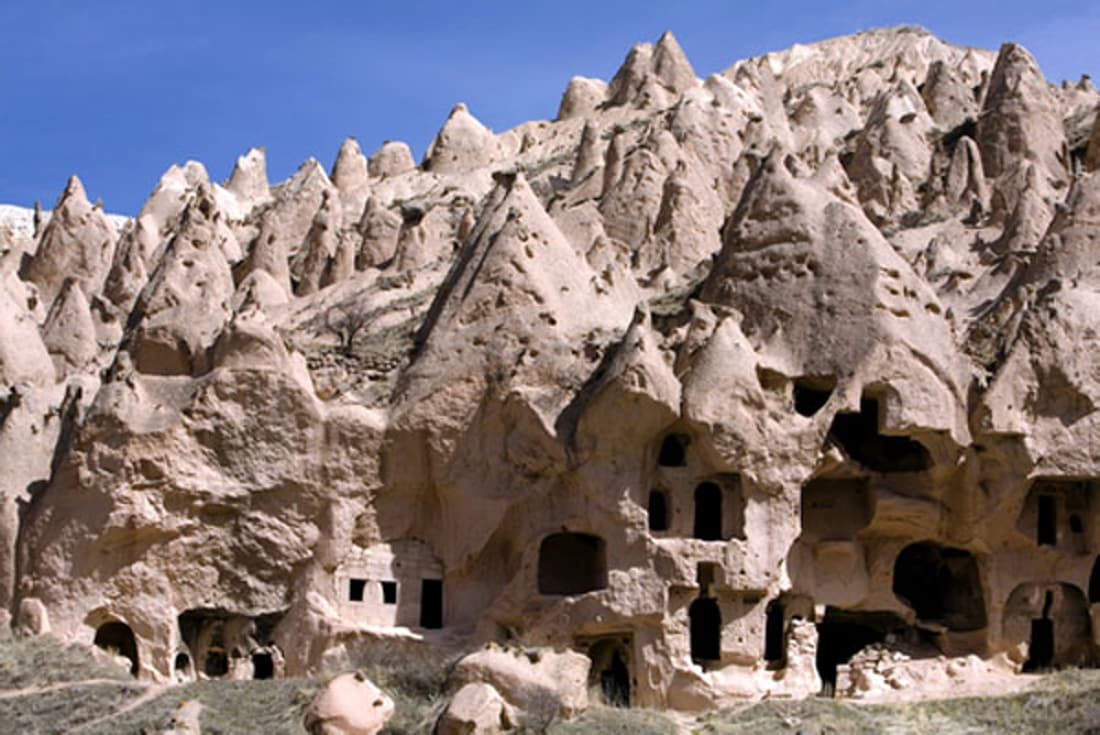 After the eruption of Mount Erciyes 2.6 million years ago, the ash and lava resulted in the formation of soft rocks that eroded with time and elements. People in the region soon realized that they can easily carve into the rocks. They then carved the rocks into caves, underground houses, and churches.

The Cappadocia cave churches served as a sanctuary for early Christians. 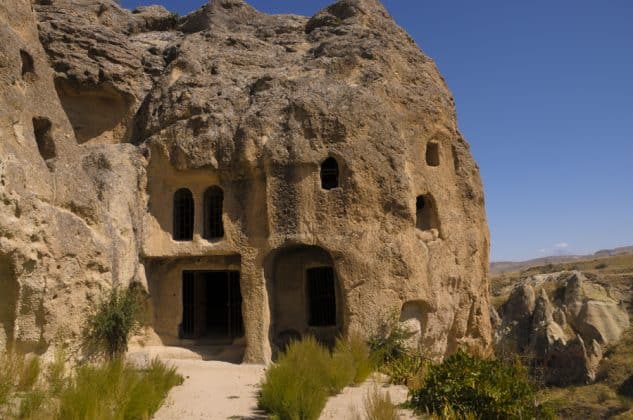 They then decorated the churches with beautiful art and symbols. 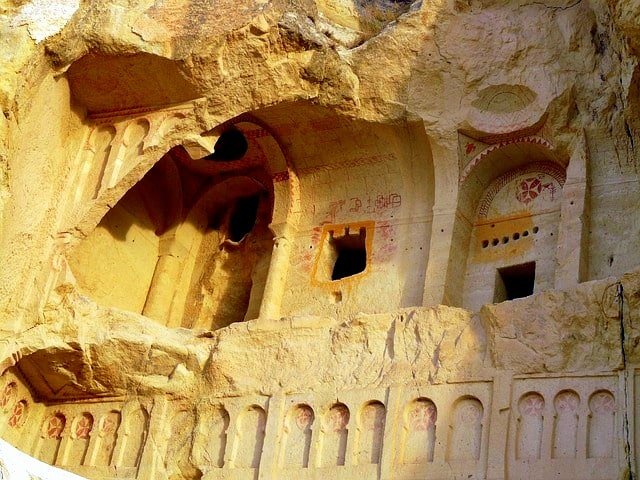 The churches became collectively known as Churches of Göreme. 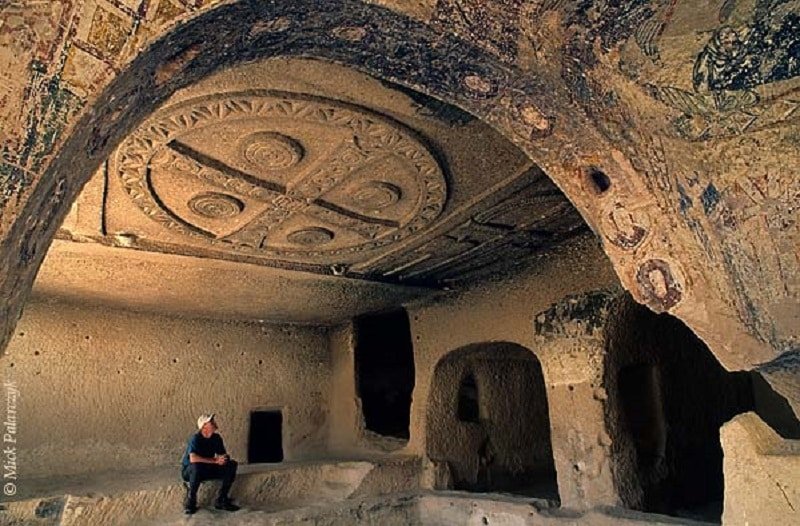 The rock formations were soon transformed into monasteries, houses, and churches. The early Christians also created an underground civilization providing safe hiding places for the people.

At least six of the ancient cave churches were carved out of the rock. 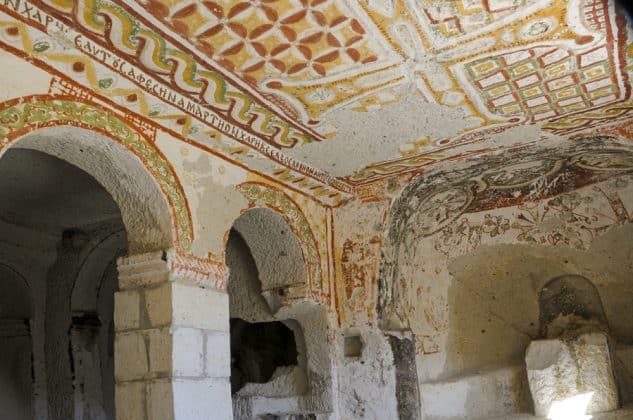 They’re attractive for their vibrant frescoes. 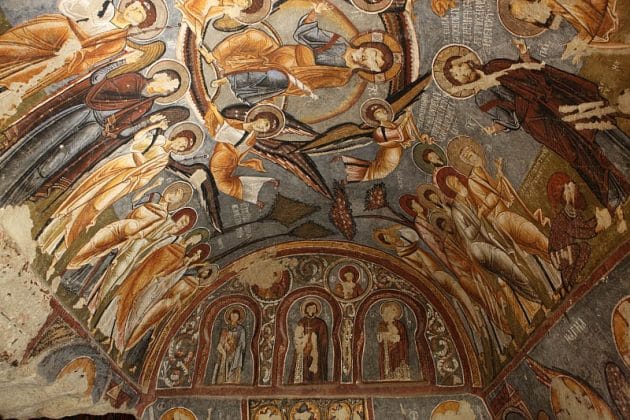 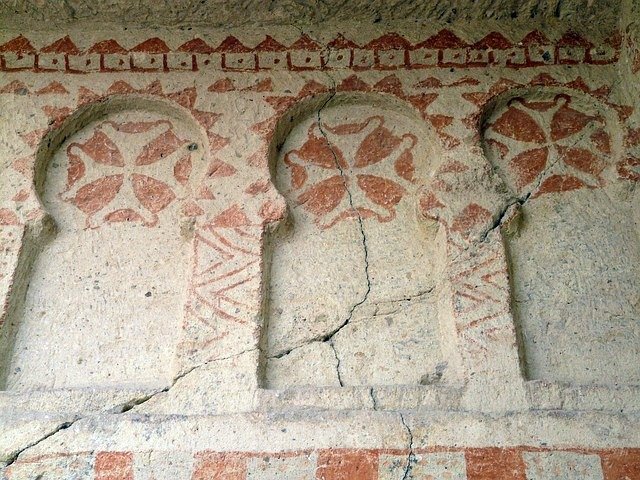 Many of the cave churches are painted fully and offers tourists a view of fantastic and historically significant murals from the Byzantine empire. Most of the paintings remain in good condition. However, according to Sacred Destinations, all painted figures had their eyes gouged out due to superstitious beliefs from locals.

The best known cave churches in Cappadocia can be found in the Goreme Open-Air Museum. 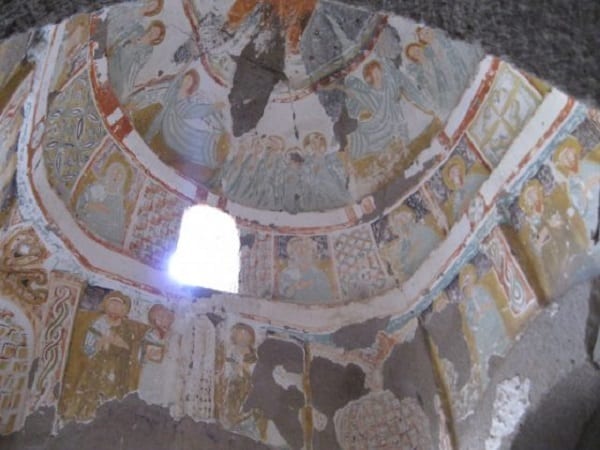 The museum is a vast monastic complex featuring the amazing churches. Anyone who visits Cappadocia should make the museum their first stop.