It’s no secret that an average American pays so much more for healthcare than any citizen of other countries. But how much more are we talking about? One man revealed the staggering numbers after he needed to go to an ER in Taiwan.

Kevin Bozeat is an American student who is currently based in Taipei, Taiwan. When Bozeat suddenly became ill, he was terrified of going to the ER for fear of a massive hospital bill. Although he was ineligible for Taiwanese health insurance, the student was forced to go to the hospital where he made a shocking discovery.

The American student didn’t want to go to the hospital but was in for a huge surprise. 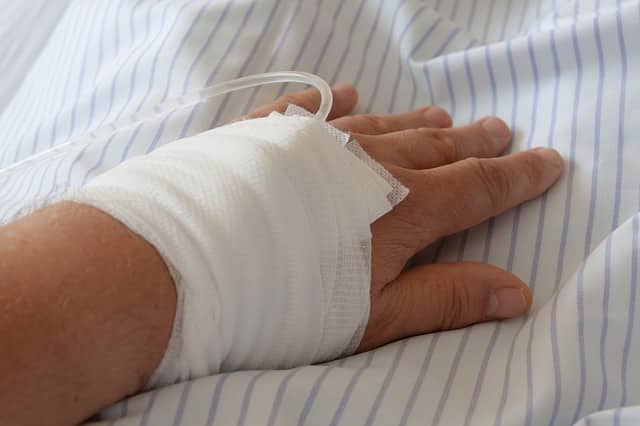 Bozeat’s feat for going to the hospital had a valid reason. After all, his own US insurance had already lapsed. In addition to that, Taiwan’s National Health Insurance (NHI) only covers foreigners who have a work permit or have stayed in the country for more than six months.

Since he was only a student for a few months, he braced himself for a hefty bill. However, what he discovered made him write a viral Facebook post called “The Horrors of Socialized Medicine: A first hand experience.”

“A few days ago my stomach began to hurt. Thinking it would pass, I went home to try and rest for the night. A bit later I vomited. I thought that was the end of it.
But for the rest of the night, I kept vomiting almost every 30-40 minutes. Even after my stomach was completely empty, I kept vomiting. Soon it was nothing but stomach fluid and bile. I tried to drink water to stay hydrated, but I kept throwing it up, no matter how hard I tried to keep it down.
By 3am I had severe stomach cramps, my body kept trying to vomit even though there was nothing left. I was dizzy and light-headed. My symptoms showed no signs of abating.
At this point I had to seek medical treatment, I knew I had to go to the hospital.

“I wanted to avoid it. I had no idea how different Taiwanese hospitals would be, whether I would be able to find an English speaking doctor, or what it would cost me (my US health insurance has lapsed and I don’t qualify for Taiwanese NHI).

“My Taiwanese roommate called a taxi and took me to the ER at NTU Hospital. I was immediately checked-in by an English speaking nurse. Within 20 minutes I was given IV fluids and anti-emetics. They took blood tests and did an ultrasound to ensure it wasn’t gall stones or appendicitis. From there I was given a diagnosis: a particularly severe case of Acute Viral Gastroenteritis (aka the stomach flu). After about 3 hours on an IV, I began to feel slightly better, my nausea disappeared and my stomach began to calm down. I was discharged with a prescription for anti-emetics and pain medication. Each day since Ive gotten progressively better and am now pretty much back to normal.

“The bill for the ER visit?…

“Eighty. American. Dollars.
Out of pocket. Full cost. No discounts. No insurance.
At one of the best hospitals in Taiwan.

“And if I had NHI, it would have been a fraction of that.

“This could have easily cost me hundreds or even thousands in the US without insurance. But here in Taiwan I was able to receive speedy, quality care comparable to what I would have gotten in a US hospital for relatively small amount of money.

“Given this experience, I no longer have a reason to fear or hesitate getting care in Taiwan should I ever need it.

In Taiwan, the NHI scheme covers every citizen for healthcare and medical treatment. Even an unemployed individual who is unable to make their social security payments at tax time is covered through the government’s ‘relief’ fund. This is in stark contrast with what Americans are going through at the moment.

What do you think of Bozeat’s shocking revelation? Let us know in the comments below.