It is an unfortunate fact that cops usually have a bad public reputation. We’ve all heard stories about officers who are, simply put, abusive because of their authority. They seem to think they’re far more superior than other citizens simply because they have a badge and a uniform.

Then again, it’s nice to get reminded that there are still a lot of good ones out there, too.

Case in point, these kindhearted police officers from Alton, Illinois recently received a lot of online love after going beyond their call of duty by helping out a young girl who paid them a visit to report that her bike has just been stolen.

This little girl visited the Alton Police Department in Illinois to report that her bike has been stolen. 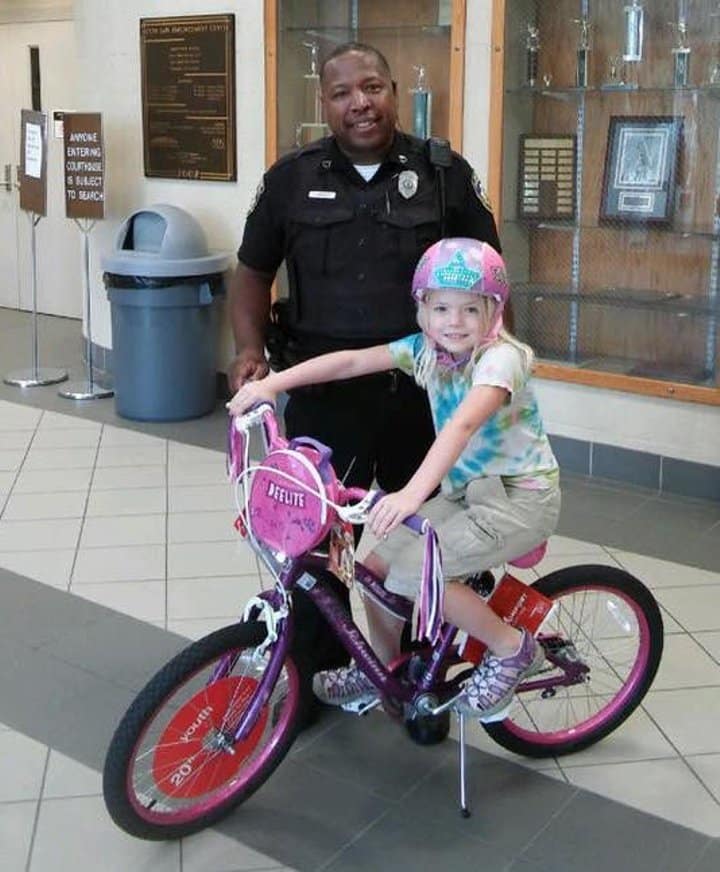 According to Facebook post of the Alton Police Department, it was Officer Warlick who entertained the girl and came up with the idea of doing something about the problem.

Officer Warlick was “touched” by her story and decided to do something about it. 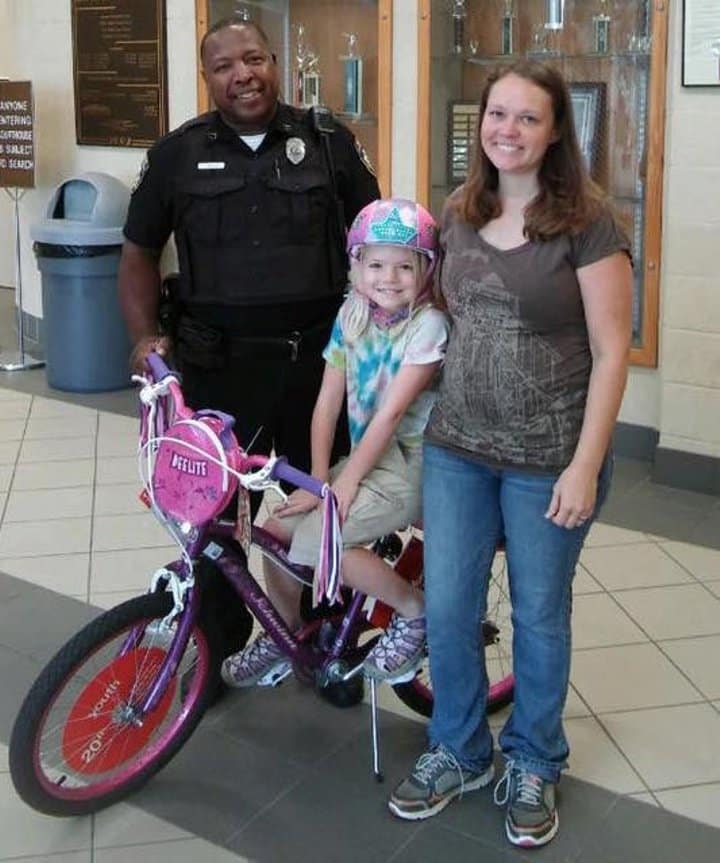 “Today, Officer Warlick was touched by a little girl whose bike was stolen.

“After finishing the report, he told some of his coworkers about the little girl and they pooled their OWN money and bought her a new bike!

“It’s not something we can do every day, but we are glad we could put the smile back on this little girl’s face today.”

Officer Warlick’s co-workers “pooled their own money” and bought a new bike for the girl. 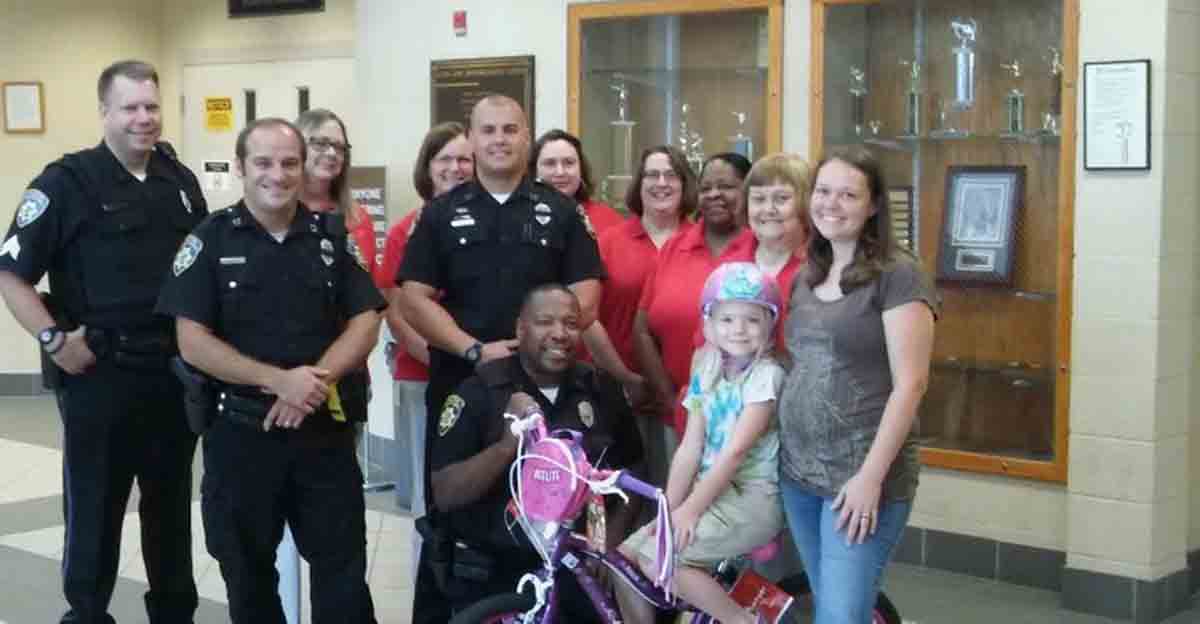 Now that’s just plainly heartwarming! Given how much she smiles on the pictures, it’s pretty clear how happy this little girl is because of their kindness.

Way to go, officers! The world needs more amazing cops like you.