Have you ever wondered what it’s like to live in the northernmost settlement in the world? Well, wonder no more! Welcome to Alert, a small Canadian community located just a little more than 800 kilometers away from the North Pole.

Alert is situated on the northeastern tip of Ellesmere Island in Nunavut, Canada. The place is so isolated that its nearest Canadian neighbors are more than two thousand kilometers away. It has closer neighbors in Greenland though, which is located just about 540 kilometers south. And since Alert lies so close to the North Pole, it could not connect with communication satellites.

This is Alert’s welcome signpost. 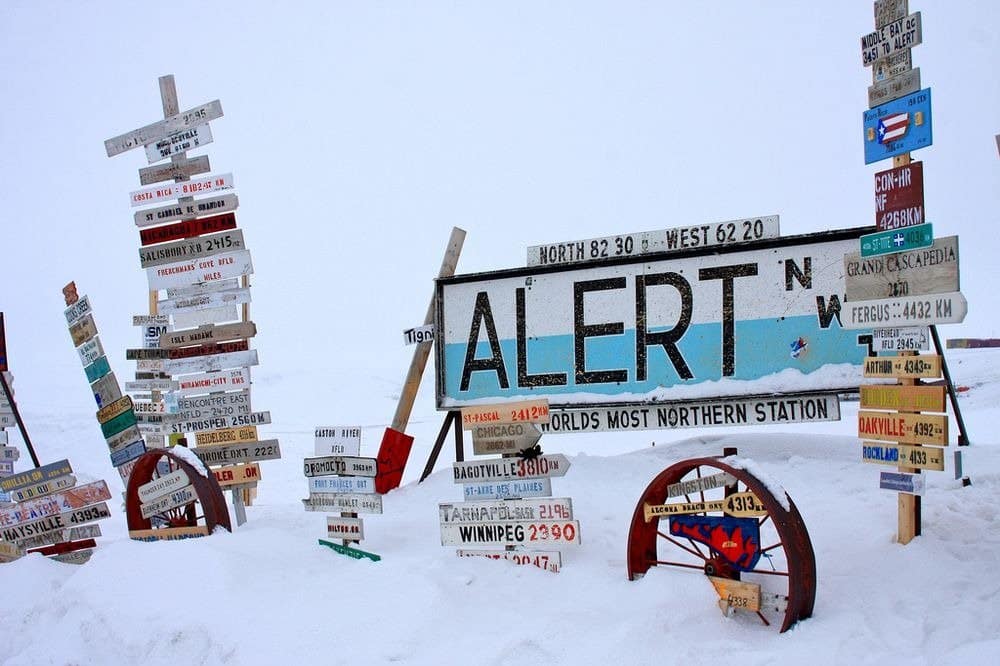 Alert is located in Ellesmere Island, in Nunavut, Canada. 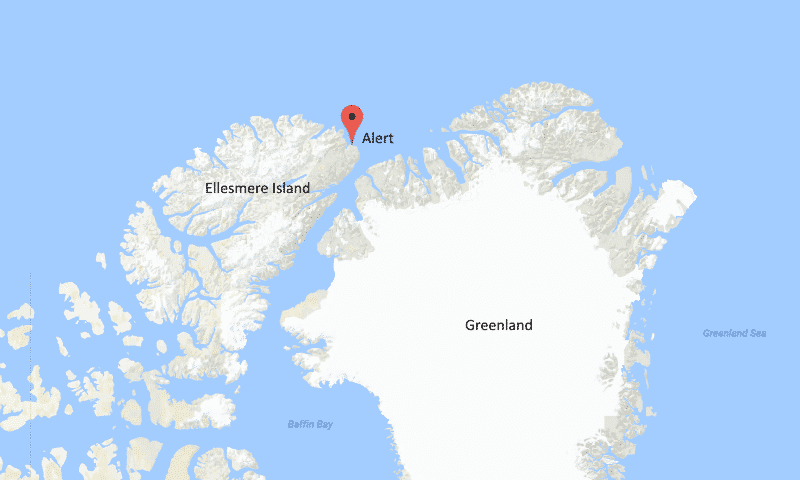 Alert witnesses four months of continuous darkness and another four months of non-stop sunlight. The sun, however, does not rise further than 30 degrees above the horizon. Snow almost never leaves the place, covering its soil for almost ten months in a year. During winter, temperatures drop to -30 degrees Celcius. During summer, on the other hand, temperatures peak at only a little over the freezing point. 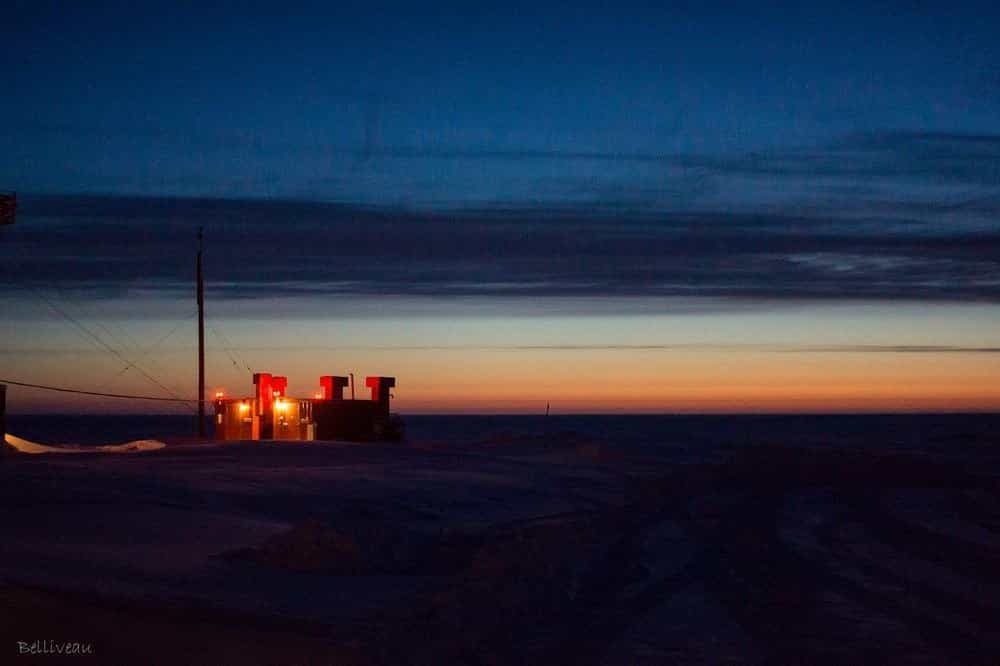 The small settlement got its name from HMS Alert, a British ship that anchored near Alert’s present location during the winters of 1875 and 1876. Records reveal that the ship’s crew were the first people to set foot on the said area.

Thankfully, the dozens of Alert residents do not permanently live there. These people, who call themselves “The Frozen Chosen,” work there by assignment and include members of the Canadian Armed Forces (CAF) and staff of the Environment Canada weather station and a monitoring observatory of Global Atmosphere Watch (GAW). The CAF members maintain CFS Alert, a signals intelligence intercept facility. 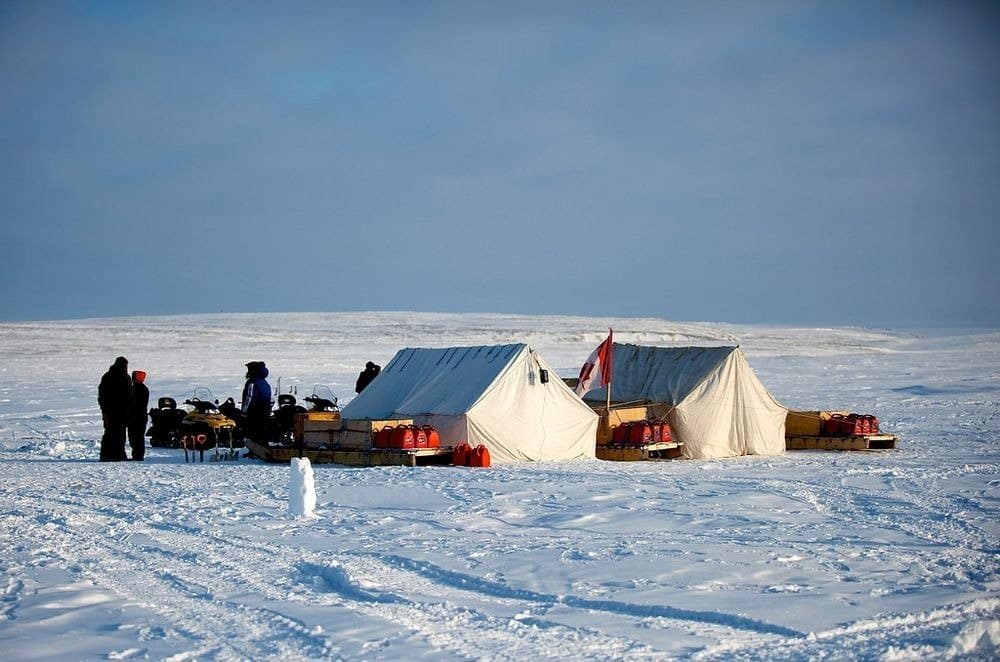 The weather station in Alert was built in 1950 while the military station was established eight years later. Alert was considered a strategic location during the Cold War, thanks to its close proximity to the northwestern area of the Soviet Union. The place was actually closer to Moscow at 4,000 kilometers than it is to Ottawa, which is about 4,150 kilometers away. This ideal location allowed the Five Eyes, an intelligence-sharing alliance between Canada, the United States, Australia, New Zealand, and the United Kingdom, to spy and eavesdrop on Russia’s communication network. Soon, the station became a significant part of the ECHELON network.

Life in Alert was described in an article published on November 14, 2004, in a Sun newspaper:

The soldiers, a lot of them volunteers, serve six-month postings — divided by a three-week vacation. Today, the food is as good as it ever was. TV’s in various rooms show four channels of live television and another four of movies, played from the stations stock of 4,500 video and DVDs. Listening to the base’s CHAR-FM 105.9 trivia shows are another popular pastime. Much of the station is devoted to recreation, with two gyms, a darkroom, a bowling alley and a theatre. Evenings are filled with activities — multi-player computer games, woodworking, bingo, euchre and trivia. Most personnel volunteer to come here. Like a crew inside a submarine, the isolation and uniqueness of Alert pull people together and drive others apart — earning them all the 50-year-old nickname of ‘The Frozen Chosen.”.

The only way to transport anything here is by air. Every year, the RCAF makes about 225 Hercules flights to Alert to bring in around two million litres of fuel and 300 tonnes of cargo. In addition to the weekly flights, supplies are shuttled in twice a year in massive operations involving dozens of flights to and from the nearest deep-water port, Thule, Greenland. The problem is, much of the time Canada’s Hercules C-130 aircraft aren’t flying. The resupply flights are routinely delayed 24 hours or cancelled altogether when planes are grounded by mechanical problems or diverted elsewhere by military priority.

Military physicians note most people gain weight after arriving. Those who aren’t able to deal with the remoteness are weeded out before they touch down on the gravel and snow runway. “It’s great to be here, but you must keep yourself busy all the time,” says Station Warrant Officer Serge Oullet in 2004. “We try to get people to socialize with each other in off hours.” 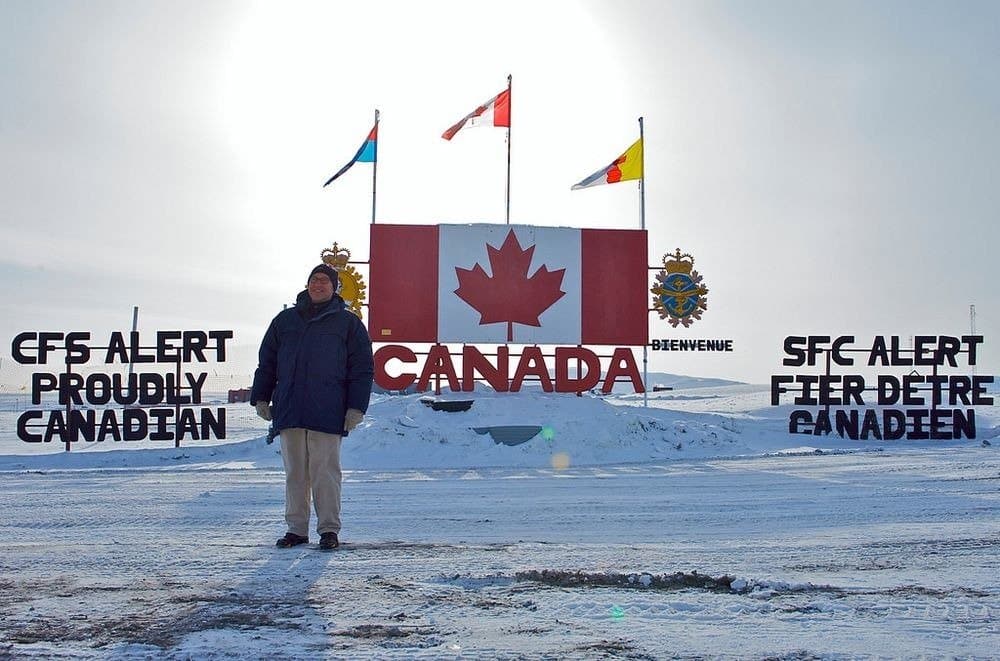 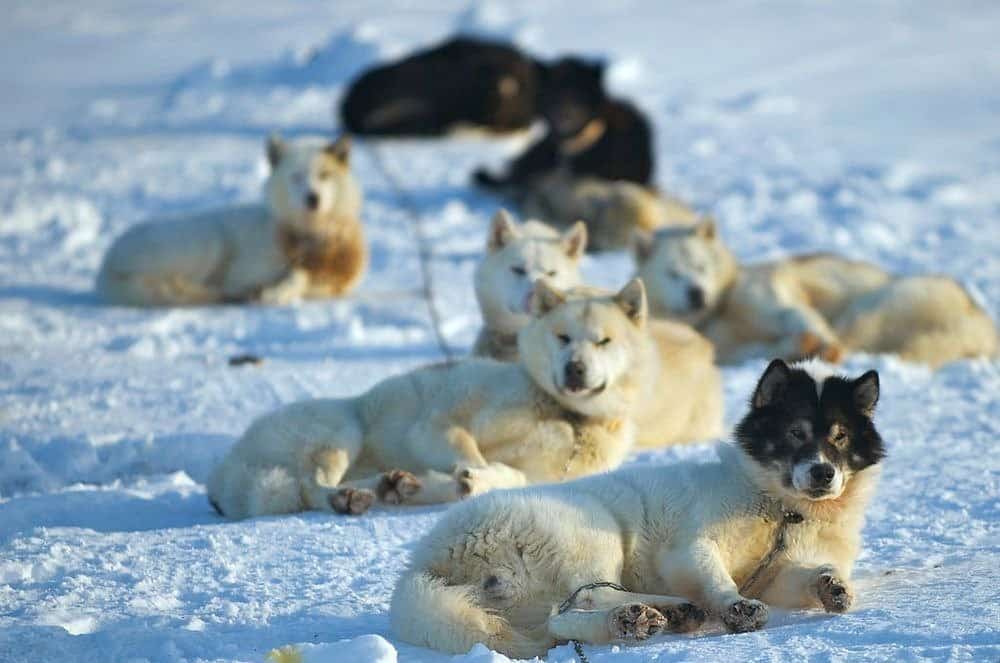 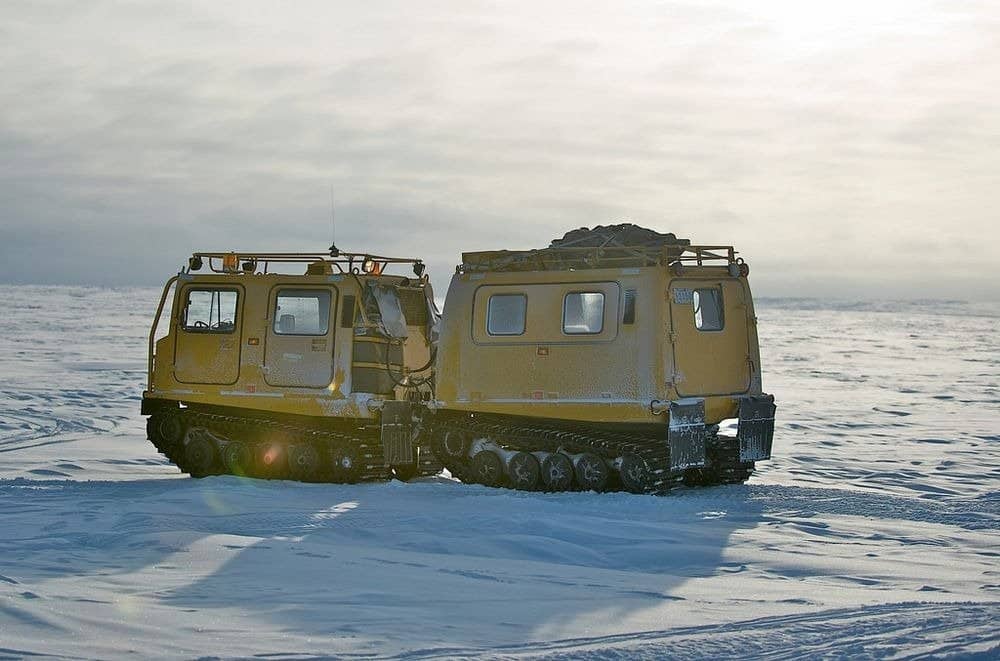 A stone monument built in honor of the men who died in a 1950 plane crash. 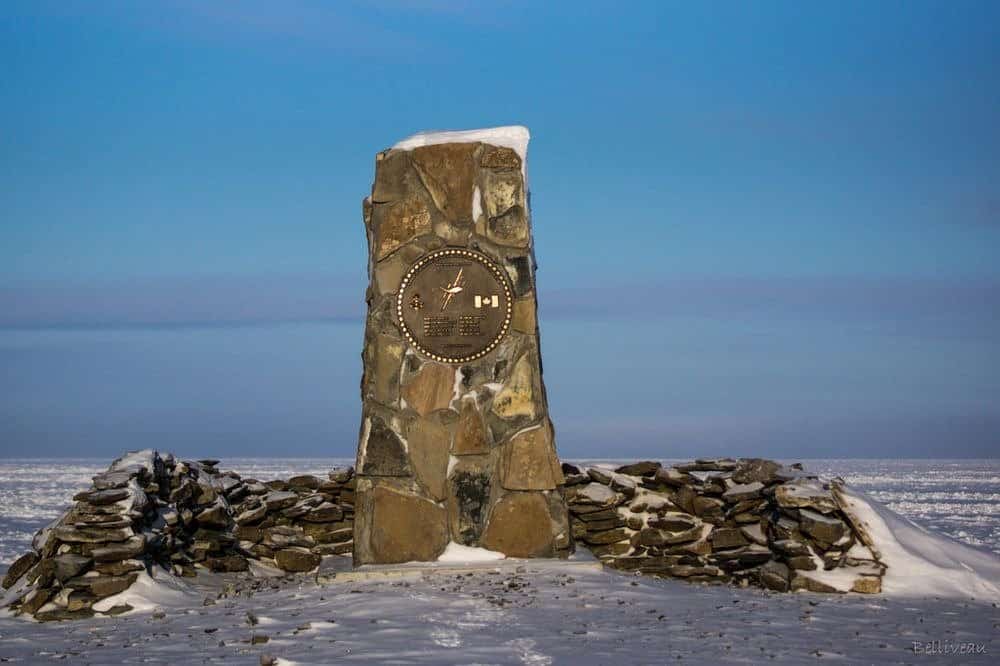 The graves of the casualty of the 1950 plane crash in Alert face towards the North Pole. 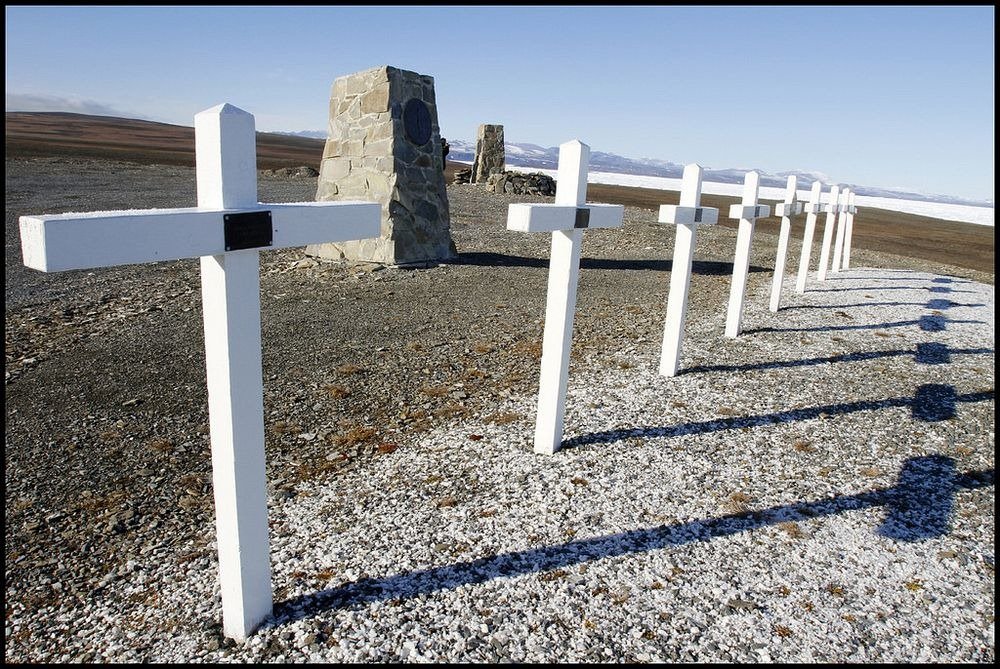 Debris of a plane wreckage in Alert. 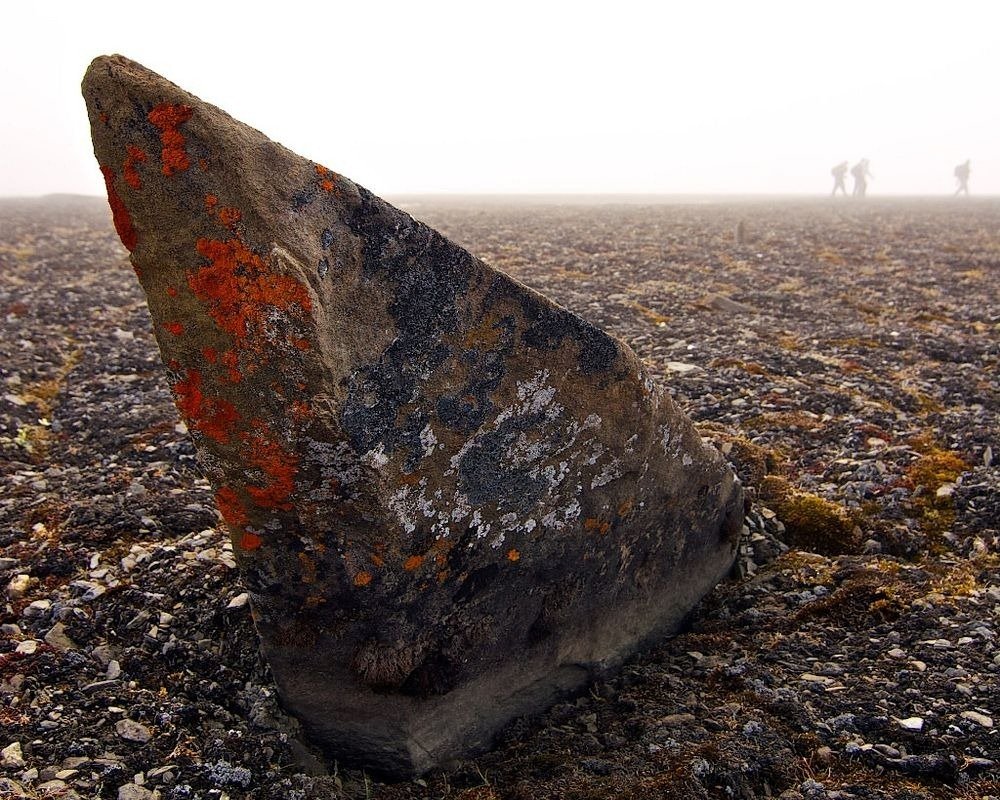 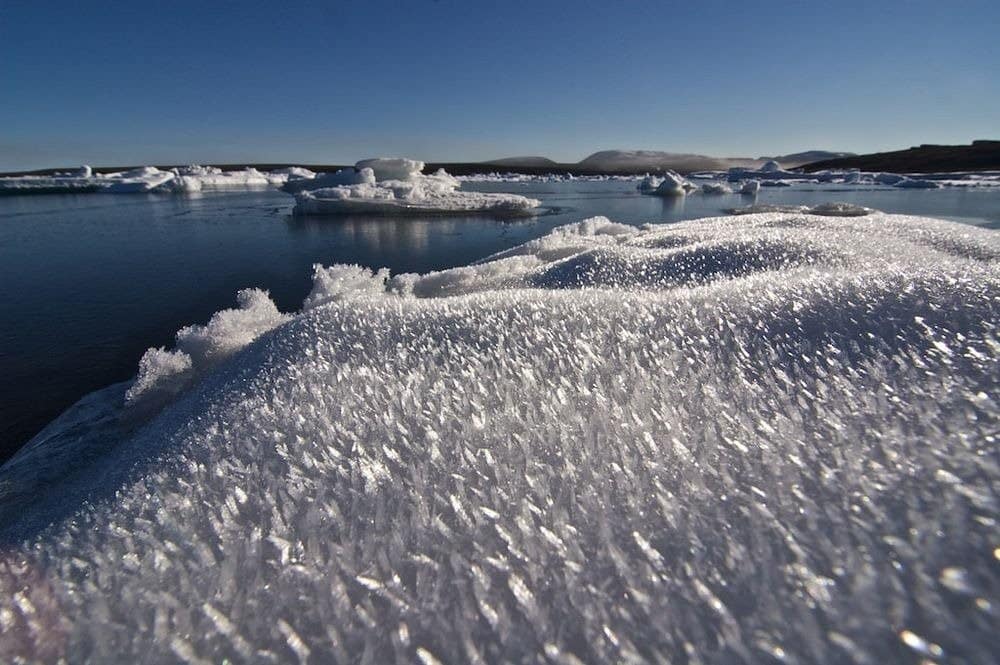 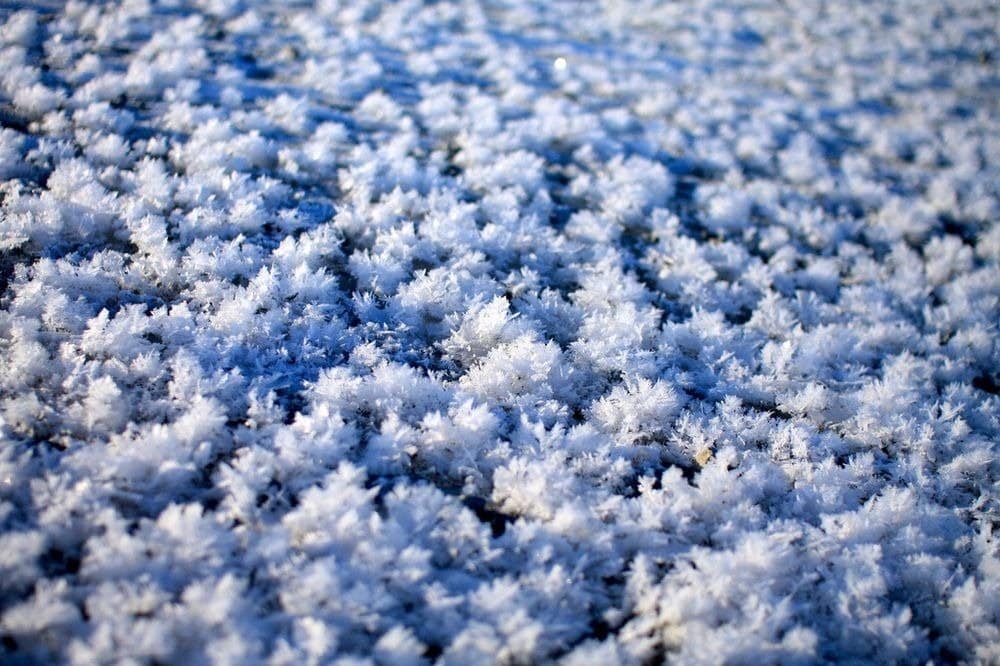 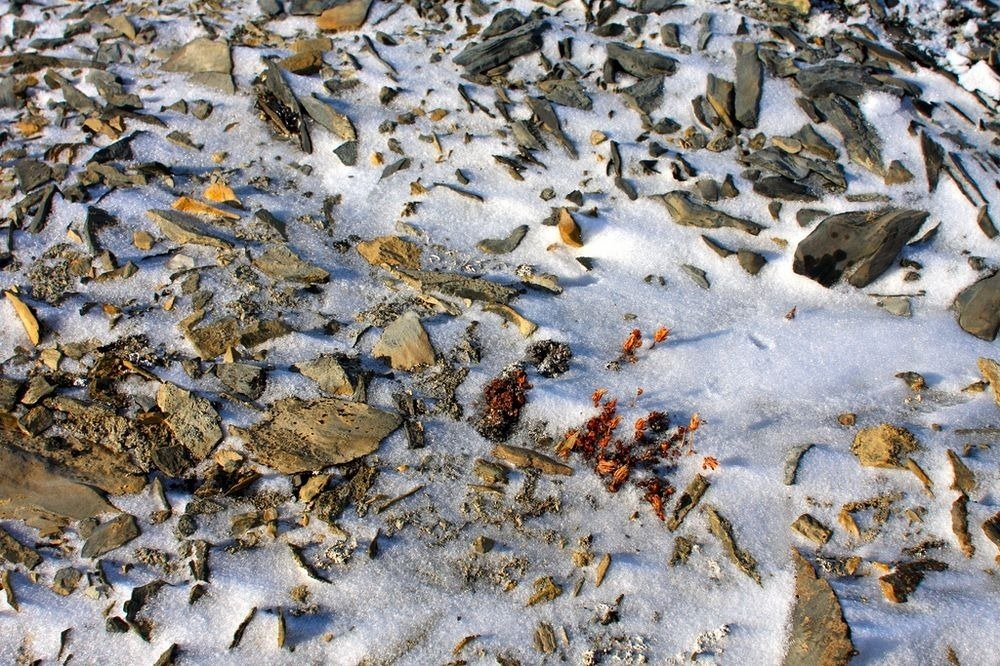 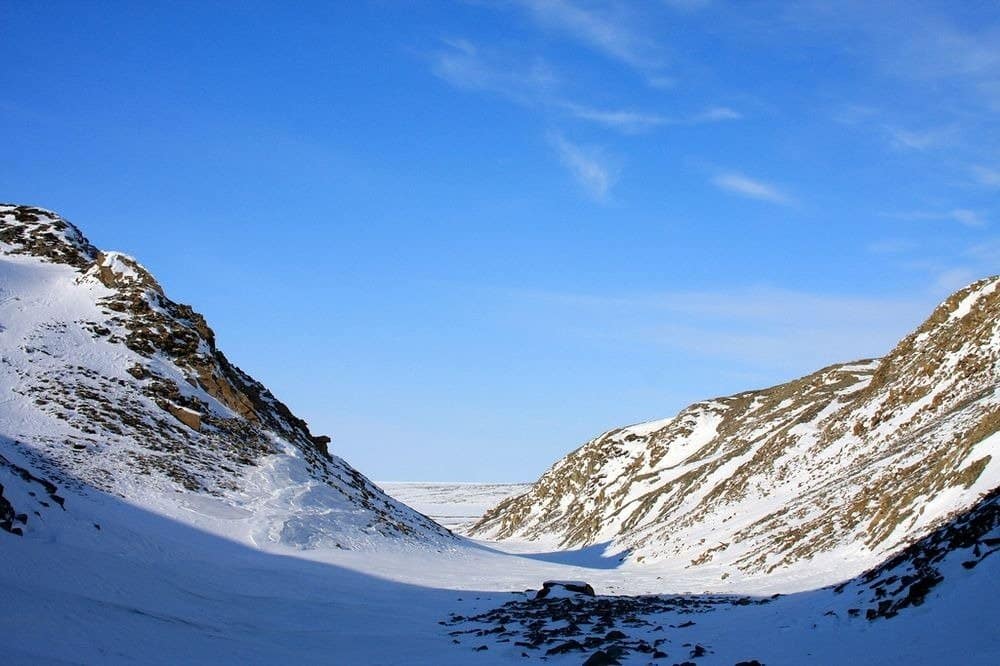 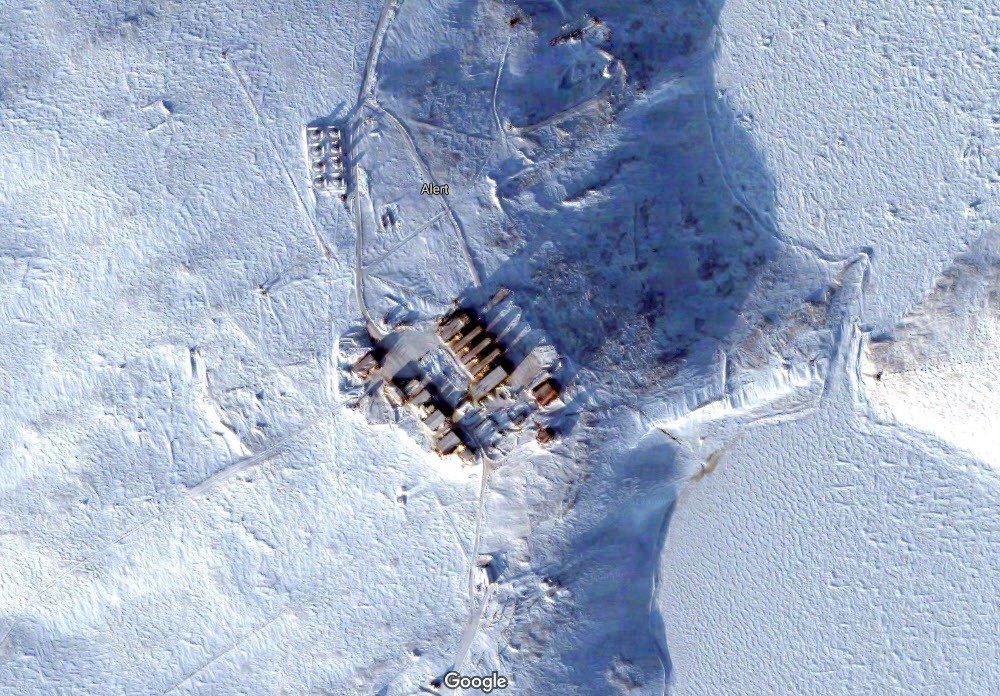 Living in Alert sounds both challenging and cool. There is no doubt that visiting this place would be a great experience!