In April 2016, a seemingly trendy mummy that looked like it was wearing Adidas trainers was discovered by archaeologists and herders in Mongolia. And, just recently, researchers have been able to restore the mummy, including its fancy garments and footwear.

Though her shoes bear an uncanny resemblance to Adidas sneakers, it wasn’t what it appeared to be. What the mummy was wearing was a pair of knee-high felt boots intricately decorated with a black-and-red striped pattern. The footwear also boasts leather soles and fancy buckles.

The infamous "Adidas trainers" found worn by a mummy. 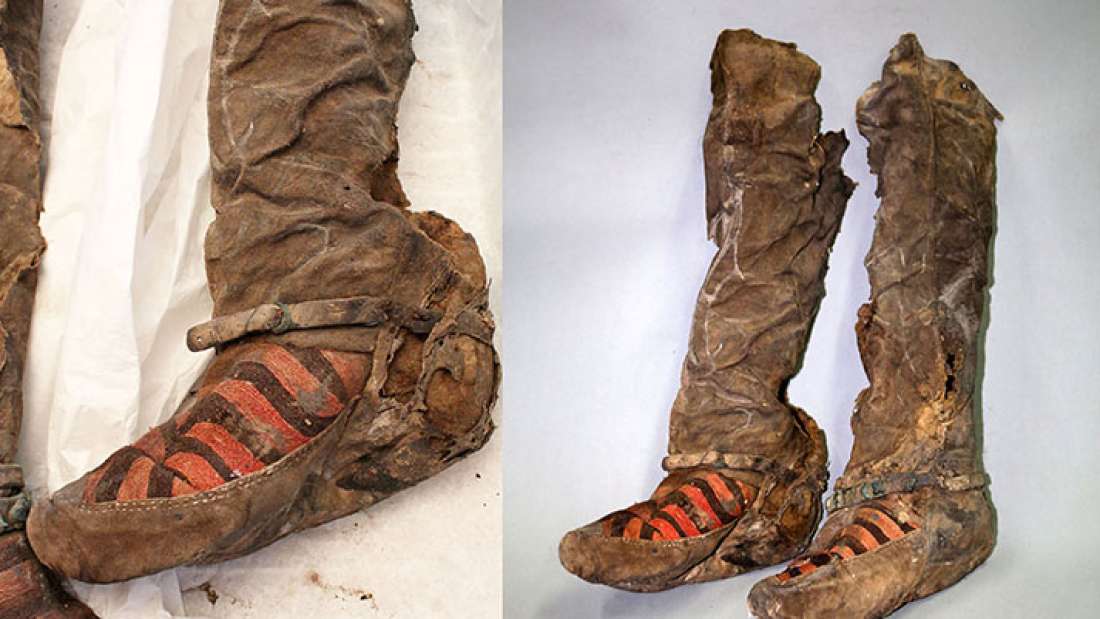 What was previously thought as a pair of sneakers was actually a pair of boots. 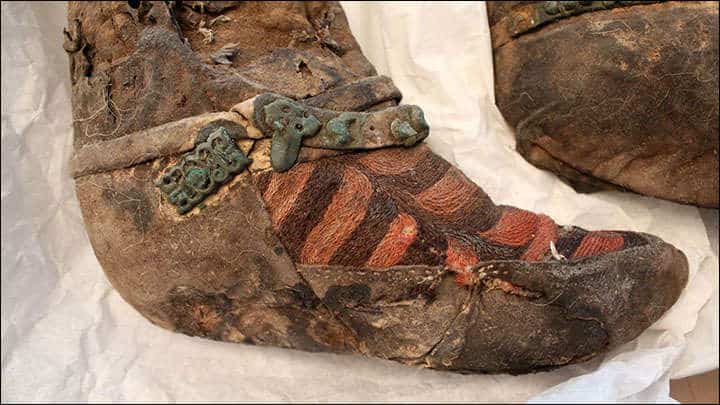 In an interview with Siberian Times, Galbadrakh Enkhbat, the director of the Center for Cultural Heritage of Mongolia, said:

“With these stripes, when the find was made public, they were dubbed as similar to Adidas shoes with the three stripes.”

“In this sense, they are an interesting object of study for ethnographers, especially so when the style is very modern.”

It turns out that the mummy was a female Turkic seamstress who passed away in Mongolia’s Altai mountains. The initial estimate of the mummy’s death was at 1,500 years old. However, a second review determined that she died around 1,100 years ago. Based on the evidence of severe trauma on her skull, the researchers speculate that she died due to a blow to her head. The researchers are planning to perform further DNA and radiocarbon tests on the mummified remains to glean more information about her life.

It is estimated that the woman, now mummy, died 1,100 years ago. 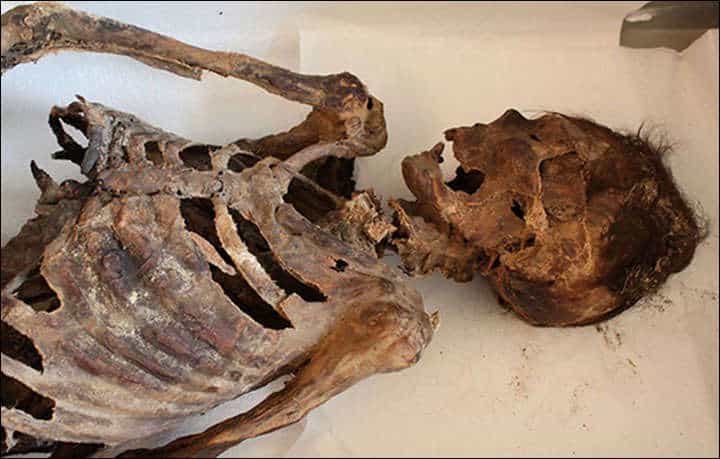 A clutch bag found along with the mummified remains. 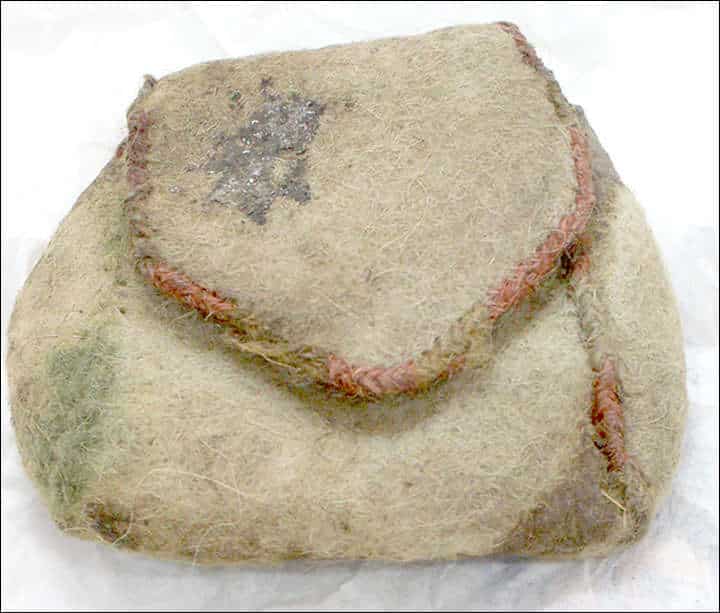 Also found together with the mummy are various items, including a comb, a mirror, a knife, and a clutch bag. There was also a saddle and the remains of a horse.

That seems quite a stash for a mummy, huh?