Sure, it’s easy to like and even love a person. After all, it’s human nature. However, it’s also unfortunately true that hurting a loved one – be it physical or verbal – sometimes happens, too. And this is because you’re likely to be in conflict with them than your friends.

The bad news here is that the resentment caused by conflicts can linger like forever. And even if the fight is over, there are instances when the pain can still remain.

While there are just times that we can’t help but clash with our loved ones, there are certain things we should never say or do during those moments.

Below are 7 actions you must avoid when this sort of thing happens. Scroll down and keep them in mind.

#7. Don’t include other family members. 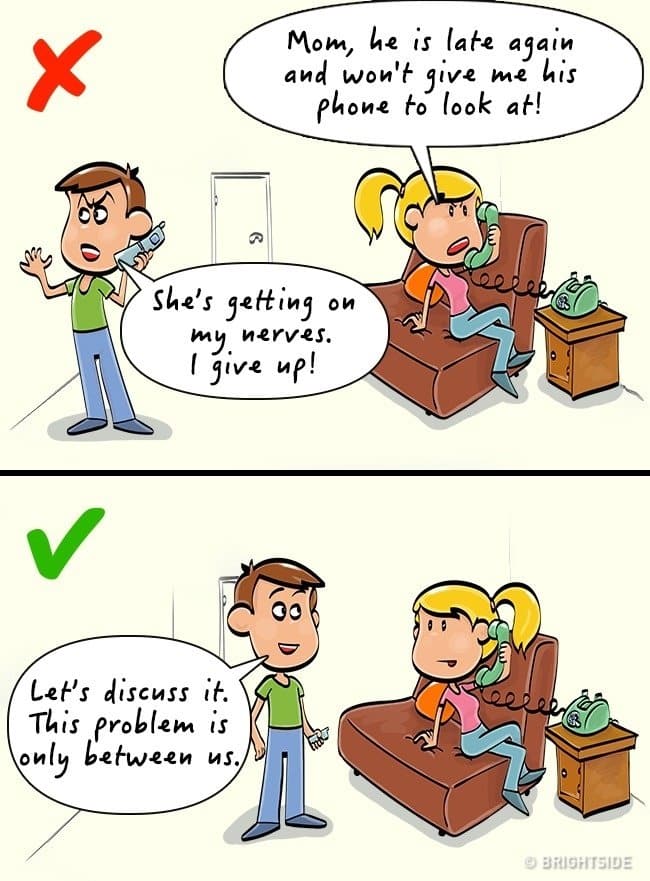 When we’re angry, we often become careless and insensitive. We no longer mind the people surrounding us, most especially when in the middle of fight. But, as much as possible, it’s best to keep other family members away from the actual conflict. Don’t include them, as you’re just risking everything into a total family mess. Even if harmony returns, there’s a chance that your family members will remember everything you did. 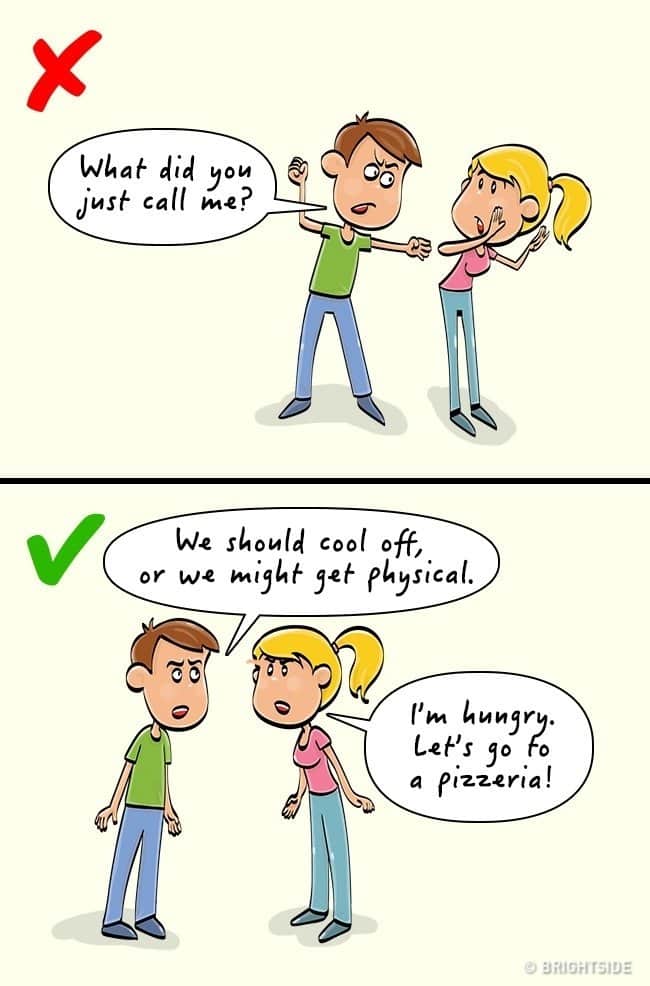 When fighting, our bad sides often surface. This is where our true colors actually appear. Some become more verbal, but others become intensely violent.

Don’t allow yourself to go down into this level. No matter how angry and/or disappointed you are, don’t opt to physical violence. This just completely puts a stain on your character, and you surely don’t want that to happen. 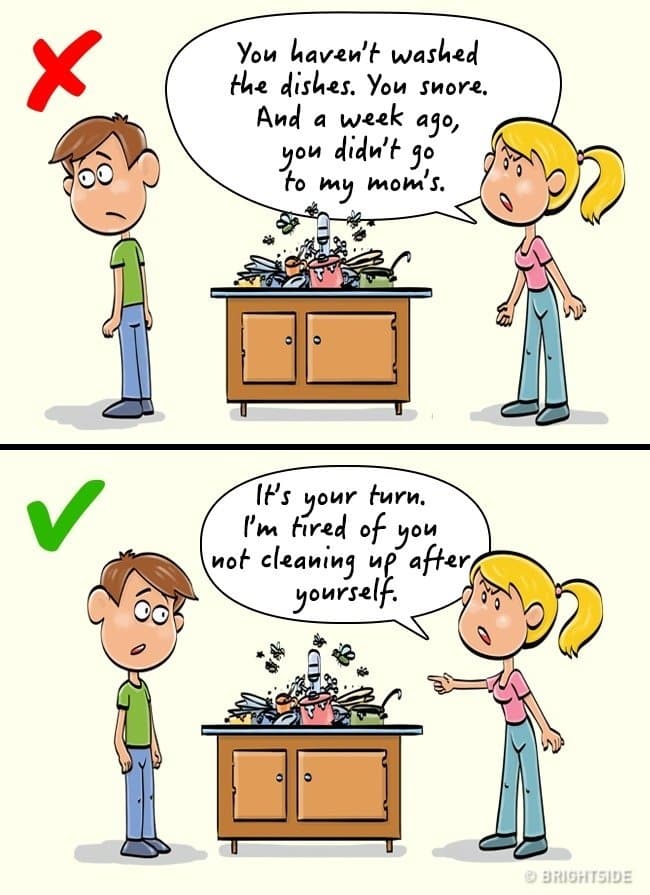 This one here is where domestic violence surfaces. For example, not washing the dishes just because you’re angry with your partner becomes another factor. Your partner gets angry and she’s telling you to be mature. She’s right, though. Just because the two of you are in conflict doesn’t meant that life stops. That’s a big no. Move forward and do the things you regularly do. Again, don’t mix things up just because you’re having issues. 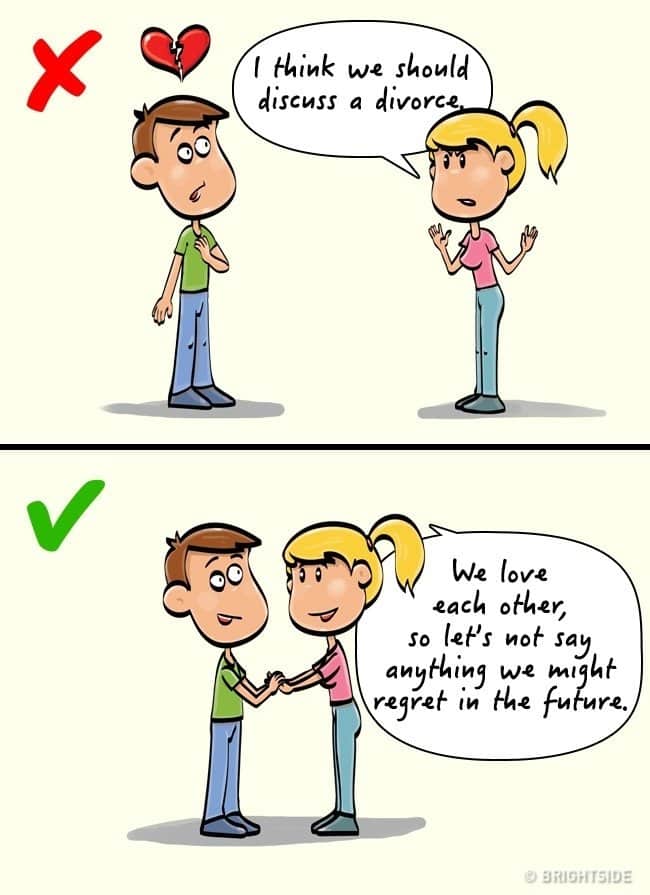 The moment you talk about divorce things can immediately escalate. This is simply the biggest insult you can ever give to your partner. The words “let’s divorce” are enough to hurt the feelings of your partner very badly. And the more you say it, the more likely the divorce can happen. Remember: There’s power in words, so be very careful with what you say.

#3. Never leave while in the middle of a fight. 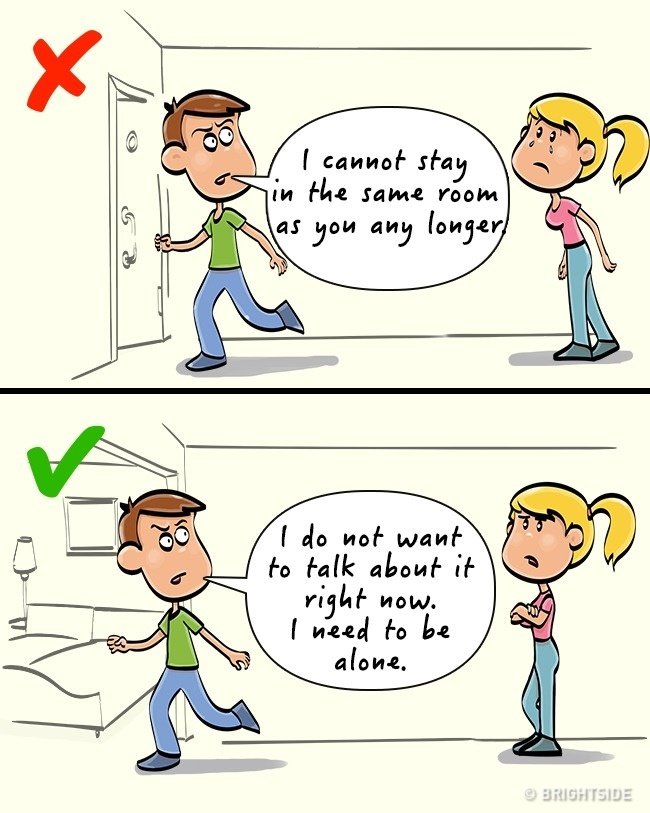 If you leave the house while in the middle of a fight or conflict, you’re showing how uncomfortable you are in staying. This automatically creates the idea that you don’t want to stay under the same roof. More importantly, you’re just leaving the issue unresolved. You’re only making it bigger. Your partner or loved ones will definitely think that you’re immature enough to confront them. 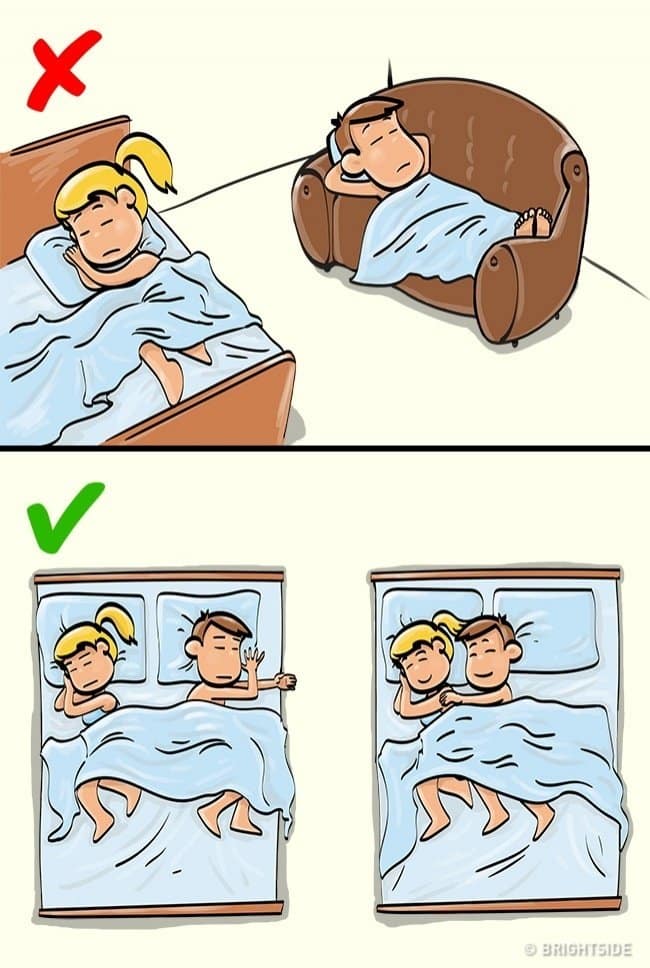 Just because you and your wife are going through issues doesn’t mean you have to sleep separately. This includes the daily routine that you guys do as a couple. You still need to act accordingly, most especially when in front of the children. This will also help you both to resolve the problem and resort to peace. 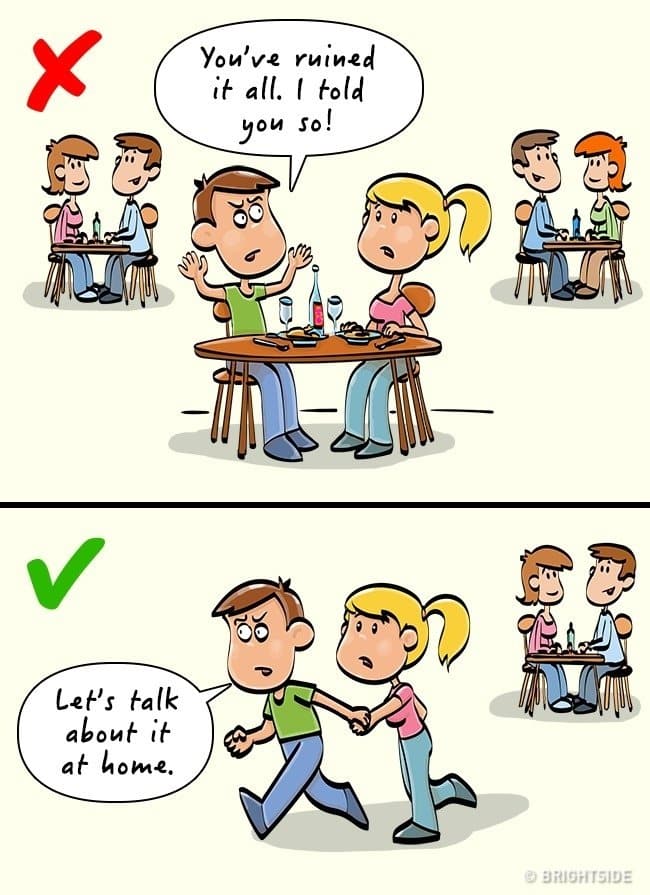 There are cases when the fighting or quarrel is too much that you can’t help but demonstrate your anger in public. This is a big no-no actually. If you and your partner do this, you’re simply showing people that you don’t respect each other. Remember not to take skeletons out of your closet in public. It’s always better to talk things out in private.