If you think you are too hopeless in losing weight, then just look at this 500 lb man who trimmed down hundreds of pounds and is now enjoying his new life in awesomeness and health. Just when he thought he was already “eating himself to death,” Zach Moore found a new motivation so he’d take weight loss seriously.

The 35-year-old man initially felt hopeless about his health too. He even came to a point where he already recorded a farewell video addressed to his son because he believed his weight would soon kill him. Zach said:

“I truly felt like my life was coming to an end. I knew it was near. It’s not a good feeling knowing that all you have left to offer your family is memories.”

This 500 pound man did a really good job in losing a lot of weight. 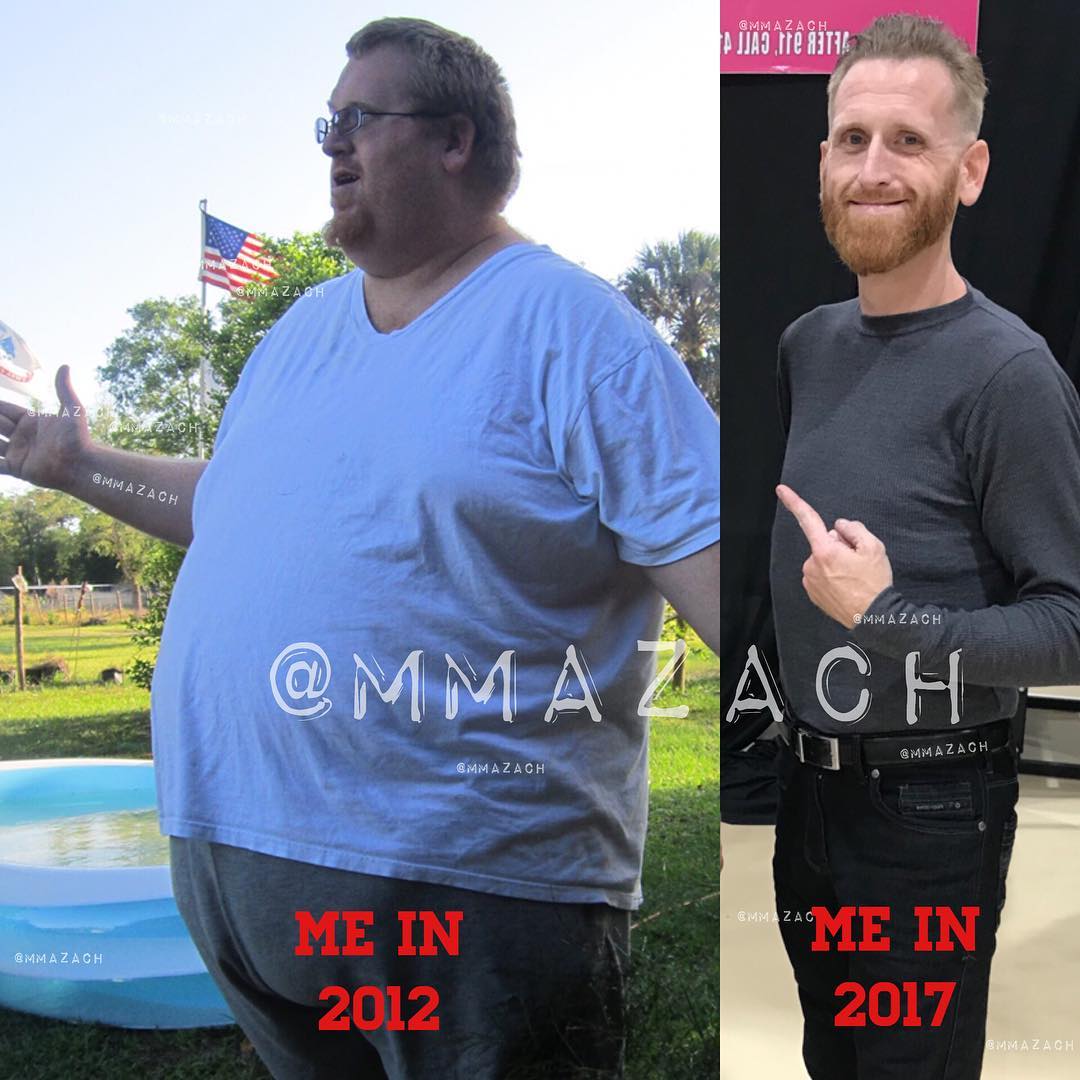 However, a life-changing experienced pushed him to work on his body and change his lifestyle. His trip to the hospital for food poisoning started his weight loss journey. He shared his experience saying:

“It escalated from there, up until when I got sick…That’s when I realized how heavy I was, when they put me on a scale at the hospital. I knew there had to be a stopping point somewhere.”

When he felt like giving up on his life, the threat of death moved him to remove all of his unhealthy habits. These included quitting smoking and cutting out sugary foods and carbonated beverages. He even took his efforts to a higher level by undergoing weight loss surgery. He also became dedicated to exercising and maintaining a healthier diet. He talked about his motivation saying:

Zach Moore even influenced his love to join him in his weight loss journey. 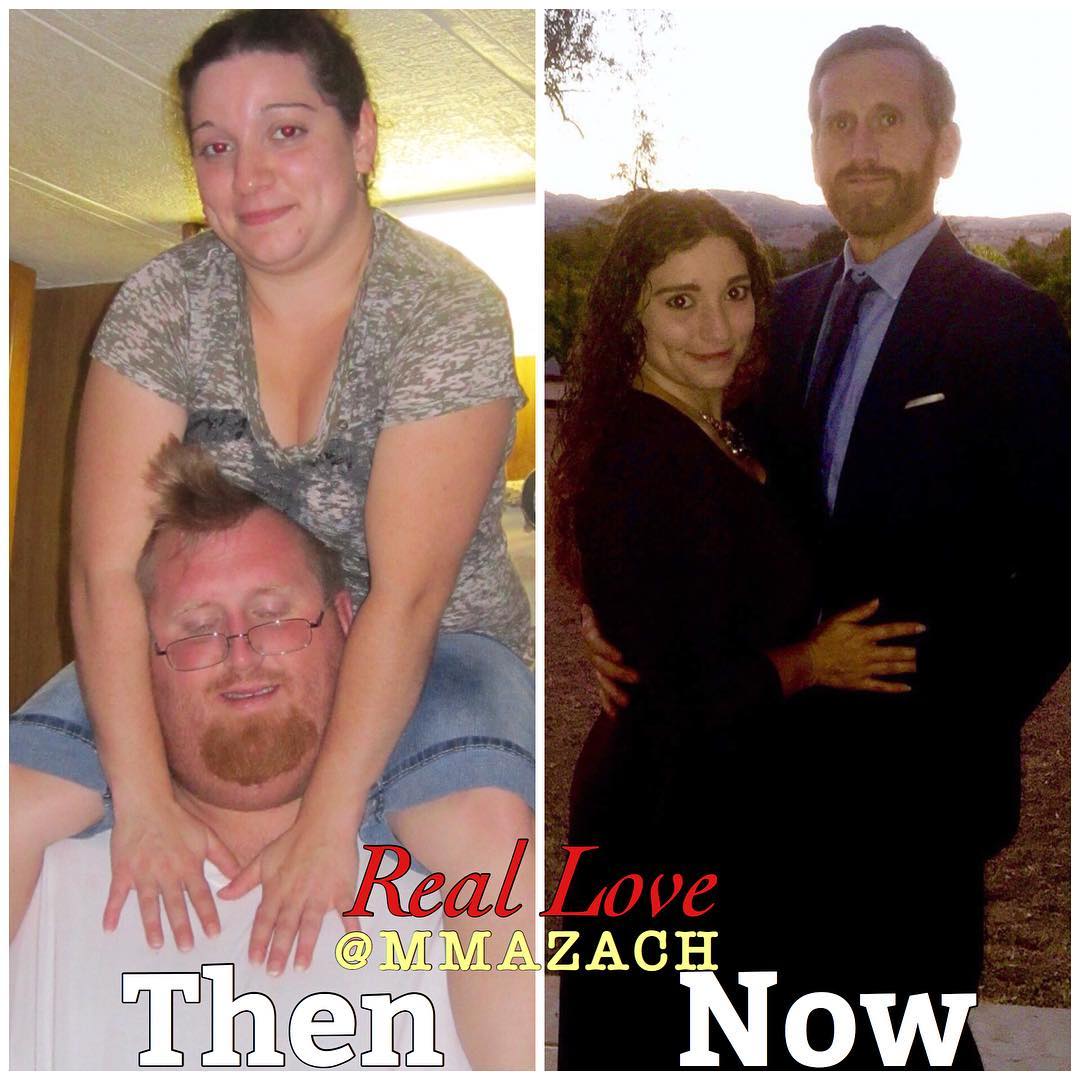 “I almost ate myself to death, but instead I found inner strength and worked very hard to get to where I am today.”

After two years of working on his health, Zach was able to lose 350 pounds. However, his massive weight loss left him with too much hanging skin which he showed off on the show, “The Doctors.” He said about his t.v. appearance:

“I stretched my frame out…It’s like an elastic, you stretch it out so many times, it gets loose.”

Zach is almost unrecognizable after losing over 350 pounds and is now healthier than ever. 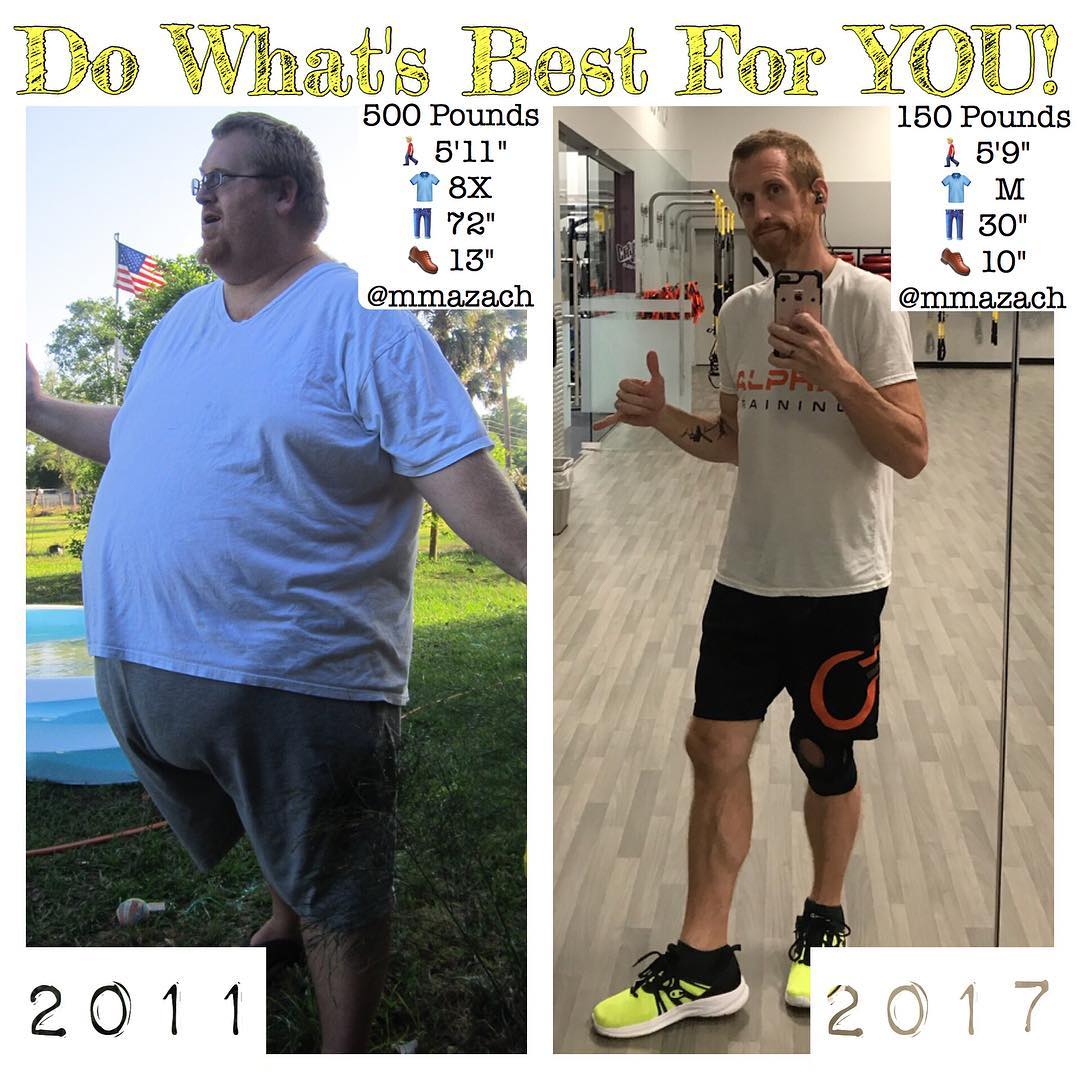 The doctors on the show offered to perform free excess skin removal surgery on him. Going under the knife ten times, Zach was freed from over 20 lbs of his hanging skin. Furthermore, he had several other procedures he underwent including breast reduction, muscle repair, and a severe tummy tuck to make his body firmer. His surgeries required about 2,400 stitches.

Zach Moore now sports a 140 pounds body that he said gave him a confidence boost hitting up to 1000 percent. He also said that his move towards long and fulfilling life made him feel like he can accomplish anything. Finally, Zach talked about his true inspiration in come up with his decision of changing his life saying:

“Both Amber and [my son, Zachary Jr.] are the reason I am here…They are my family. What good would I be to them if I didn’t make a change, have a heart attack, and died?”

Learn more about Zach’s journey to a healthier life from the video below: