With the increasing visibility of interracial couples and multiethnic families, the world is shaping up to become a colorful and diverse place. Although racism is still something that exists and cannot be ignored, multiracial people are continually blurring color lines. 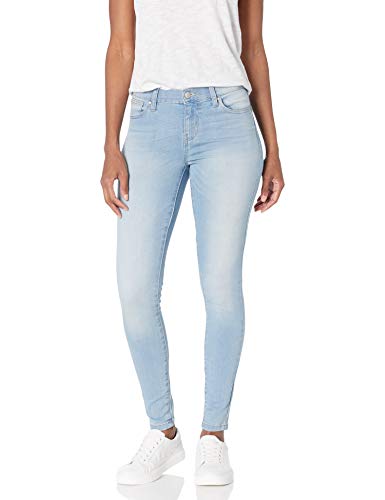 While Hollywood still has a long way to go when it comes to representing multiethnic identity on-screen, it’s doing better than it was 20 or so years ago. Here are 21 beautiful mixed-race celebrities that totally rock their genes.

Christina Aguilera has Ecuadorian origins from her dad’s side while her mom has Dutch, Scottish, German, and Irish ancestors.

Wentworth Miller is German, English, African-American, and Jamaican on his father’s side; and Swedish, Russian, Syrian, Dutch, and French on his mother’s side.

Shay Mitchell’s father is of Irish and Scottish descent while her mother is of Filipino descent.

Vin Diesel has German and English roots. And since his adoptive father is African-American, he identifies as “a person of color.”

Jessica Szohr is Hungarian on her mother’s side and African-American on her father’s side.

Meghan Markle is found to be part African-American, Dutch, and Irish.

Ne-Yo is of Chinese and African-American descent.

Naomi Campbell is Jamaican and Afro-Chinese.

Dwayne Johnson is Black Nova Scotian on his father’s side and Samoan on his mother’s side.

Maya Rudolph is African-American on her mom’s side and Jewish on her dad’s side.

Jesse Williams is of African-American and Swedish descent.

Shakira is Lebanese on her dad’s side and Colombian on her mother’s side.

These fantastic places will make your jaw drop!

It’s no secret that not everything we see in movies is real. Filmmakers often spend millions to produce fantastic sets. In some cases, they use CGI to create the stunning locations we see on the big screen, all for the purpose of taking our movie-viewing experience to greater levels.

The petition is already closing in on 1 million signatures!

The sudden change of pace in the final season of Game of Thrones has certainly shocked people. Interestingly, fans have already started a petition asking HBO to rewrite the entire Season 8 and have it produced all over again.

James Bond film franchise has graced the silver screen 26 times since 1962. Even though there are seven dreamy actors who played the role of Mr. Bond, we are not going to talk about agent 007 this time.