Whether you’re a native speaker or just new to the language, you have to admit that the English language is filled with confusing words that we can’t help but misuse at times. Some words sound alike; whereas others are used together so much that people assume they mean the same thing.

Well, to clarify some of these words for those who may be confused or unsure of which word to use, we’ve come up with a list of 20 of the most commonly misused words in the English language. 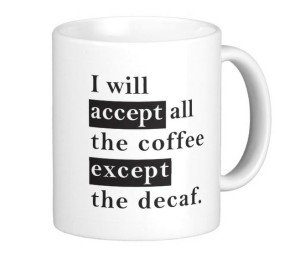 To accept is to receive something willingly. “She accepted his proposal.”

Except means excluding something. “She watched all the episodes except the last one.” 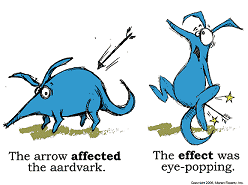 As a verb, affect means to influence something. “The whole family was affected by his revelation.”

Effect means to accomplish something, “The medicine will take effect in just a few minutes.”

Affect as a noun refers to a person’s emotional state. “The child’s affect was cheerful.”

Effect, on the other hand, refers to the result of something. “Their divorce will have a negative effect on the children.”

To lie (other than to speak something that isn’t true) means to recline. “I would like to lie down.” It’s something you do yourself.

To lay requires an object. “Lay the blanket over the bed.”

They both refer to transporting something or someone from one place to another.

However, if the movement is towards you, you use bring. “Bring me some coffee from the kitchen.”

And you use take if the movement is away from you. “Take these dirty clothes away.

To use them together: “Take this money (from me) and bring me something to eat.” 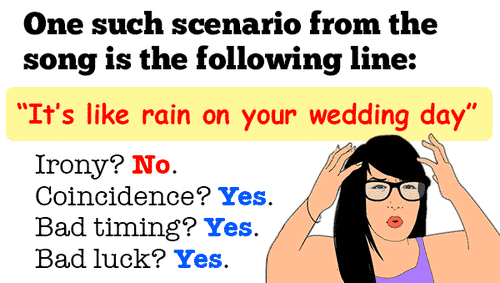 This one is a bit confusing. A coincidental event refers to two or more things happening by chance. For instance, two friends bringing the same food to a pot luck is coincidental. It’s also coincidental when you forget to bring your umbrella and it suddenly rains.

Irony is a bit more tricky, as it has several meanings. However, they all refer to a reversal of what was expected. As shown in the short story The Gift of the Magi, Jim sells his watch to buy his wife a comb, while his wife sells her hair to buy a chain for Jim’s watch. 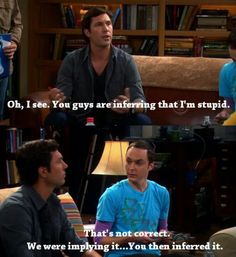 To imply is to suggest something without saying it outright. “She implied that she won’t attend the wedding.”

To infer is to draw a conclusion from what someone else has implied. “They inferred that she won’t be attending because she’d feel out of place.” 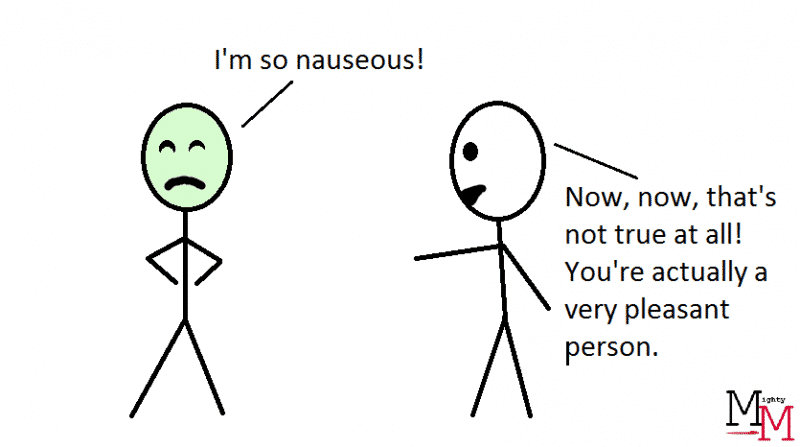 Something that is nauseous causes nausea, as in “His strong perfume is nauseous.”

To be nauseated is to experience nausea, as in “His strong perfume makes me nauseated.”

Comprise means to include, and when used, the whole is put first. “The box set comprises (includes) the doll and batteries.”

When you use compose, you start the sentence with the pieces. “Twenty pieces compose (make up) the toy set.” 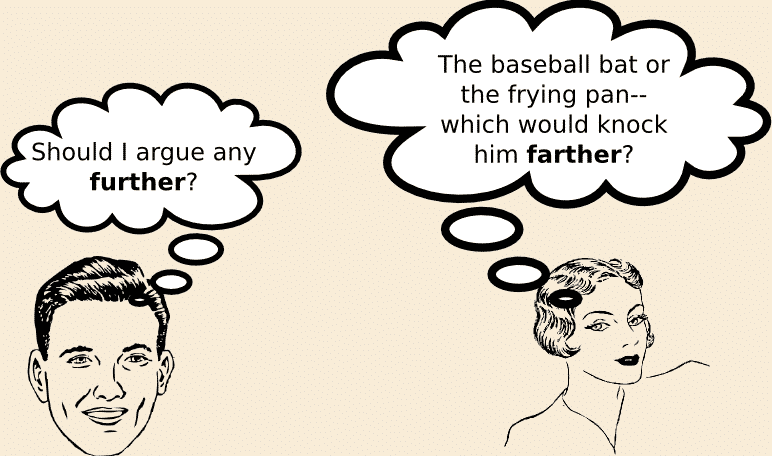 Source: Grammar for Everyone

Farther refers to physical distance, while further descries the degree or extent of an action and can be replaced with more or additional. “They can’t walk any farther.” vs. “There are no further arguments from them.”

Before you completely refrain from using these words for fear of using them wrong, just keep in mind their meanings and how they can be used in a sentence. Repeatedly use them in made-up sentences to master it. Before you know it, you will have banished misused words from your vocabulary!