Everybody knows who Floyd Mayweather Jr. is. Being the undefeated boxing superstar, Mayweather Jr. isn’t just an athlete superstar, he’s super rich too! He has been ranked as the world’s highest paid athlete by Forbes business magazine and is estimated to be worth about $340 million!

Now, you would think a man as rich as him would just stay low-key, right? Well, he is just the opposite of that. Not only did he name his apparel line and crew with “The Money Team”, he also makes sure everybody knows he’s filthy rich by posting on social media. He’s just so wealthy he can’t get enough attention.

Floyd once posted a photo of him depositing about $1.2 million in cash. 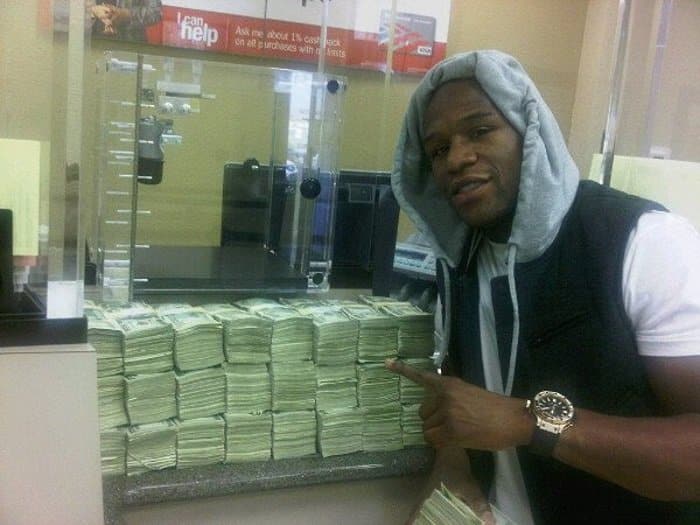 Floyd doesn’t need to go to the strip club, he brings it anywhere he goes!

shhhhh, keep quiet and be polite while the diamonds are talking. www.themoneyteam.com

He also loves listening to money too. 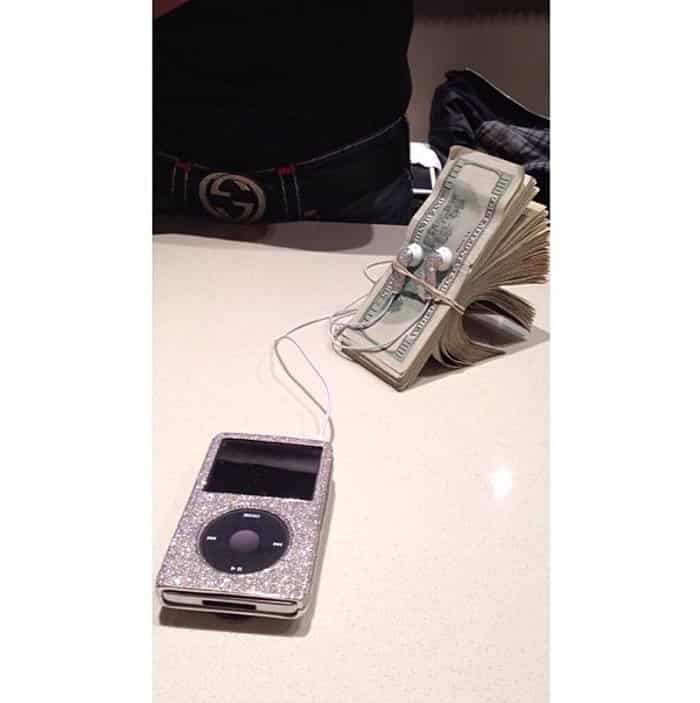