Nature truly works in strange ways. An HIV-positive man died not because of his chronic illness, but because the parasitic worms he harbored in his gut contracted cancer.

The New England Journal of Medicine described the bizarre case as a 41-year old man diagnosed to be HIV-positive with extremely low CD4 count. Aside from the viral particles in his body, a fecalysis conducted on his sample yielded a positive result for Hymenolepis nana, a parasitic tapeworm. Further studies showed that tumors were in multiple sites in his body, so samples were taken and sent to the Centers for Disease Control and Prevention (CDC) in Atlanta. The patient was sent home with antiviral and antihelminthic drugs.

Scientists who tested the patient’s samples were left dumbstruck because what they discovered were cancerous cells which were far too small to be of human origin. After running several tests to confirm the origin of the minute cancerous cells, the scientists discovered that the cells contained DNA from the parasite H. nana. 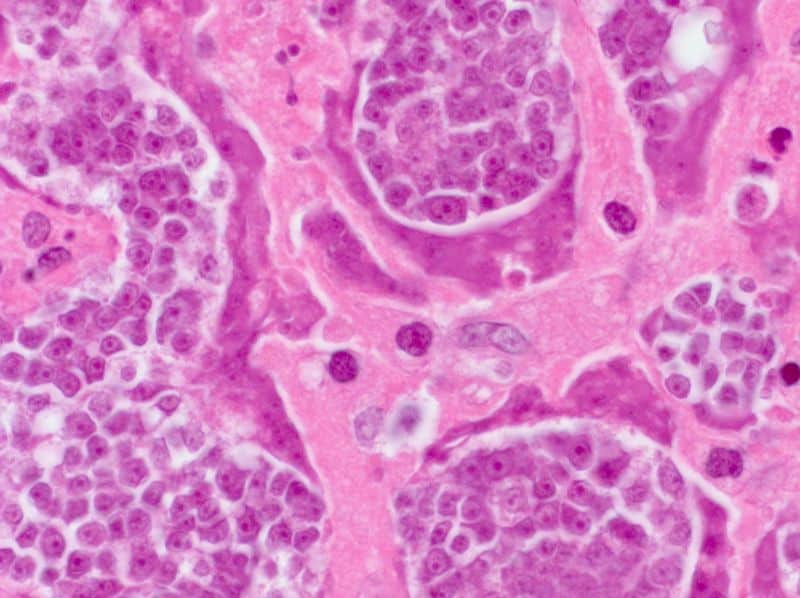 Unfortunately, the results came too late, as the patient expired three days after their discovery.

According to the author of the study, Dr. Peter Olson, mutation of the worm’s cells in humans led to cancer. “That’s never really been shown, that sort of commonality between becoming malignant in a human cell line and an invertebrate cell line”, Dr. Olson added. 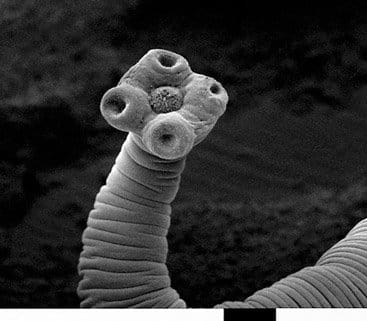 Hymenolepis nana is a common tapeworm infecting humans, but this is the first documented case of the parasite causing cancer in humans. Normally, healthy people infected by the parasite do not show symptoms, but the man was HIV-positive, making him more susceptible to the infection and allowing the parasitic cancer-causing cells to grow uncontrollably.