Superheroes were my thing when I was a young kid. I watched the cartoons and movies, I had the comic books and the trading cards, I played the videogames, and yes, I had one of those store-bought costumes. I used to rock a Captain America suit while my cousin had a Superman. I tell you, the costumes took our playtime to the next level!

Watching the viral video below, however, makes me wish I should’ve gotten a Spider-Man instead. As you will see in this adorable footage, one young boy had a fun and unique superhero experience – with some help from his dad. 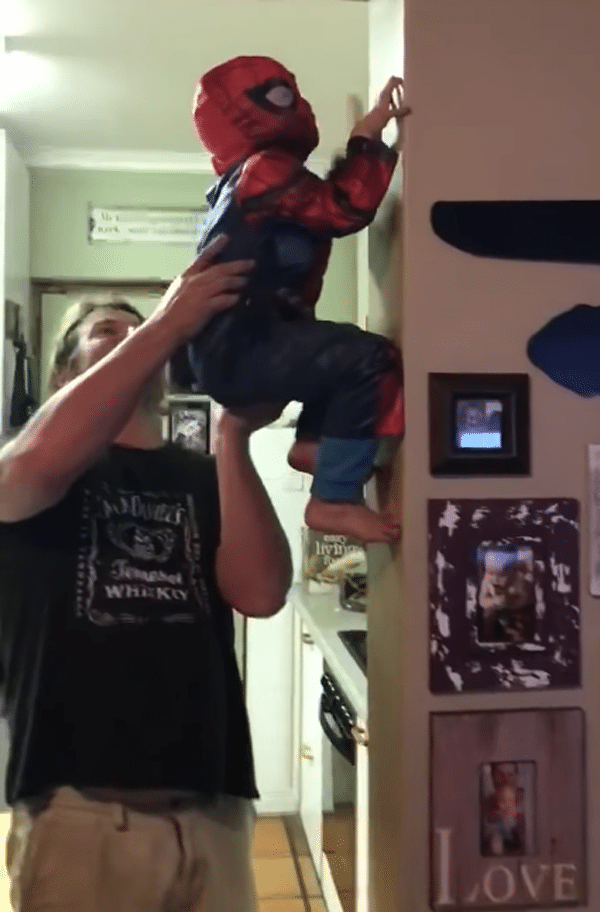 It must be a dream come true for this kid and we can’t help but be happy for him.

According to a Unilad article, the web-slinging and wall-crawling action was filmed in Piketberg, Western Cape in South Africa by August Koch. 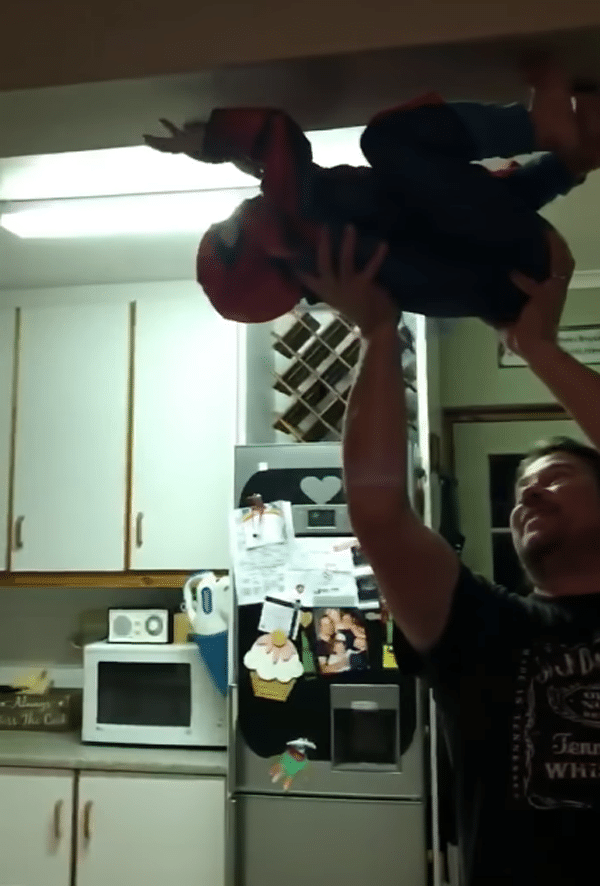 August said about the video:

“I came from a friend’s birthday on a Sunday afternoon to visit one of my lifelong friends Ben on the farm he runs. As I got there, a little Spider-Man figure was clinging to the glass entrance door, only to discover it is a little boy with his dad holding him up from behind. I loved it and said he must show me how Spider-Man flies. I got my phone out and the video you saw is the first and only take. Such a treat!”

The short clip has since gone viral on social media with numerous netizens being touched with how the dad took his little one on a simple yet awesome superhero adventure. 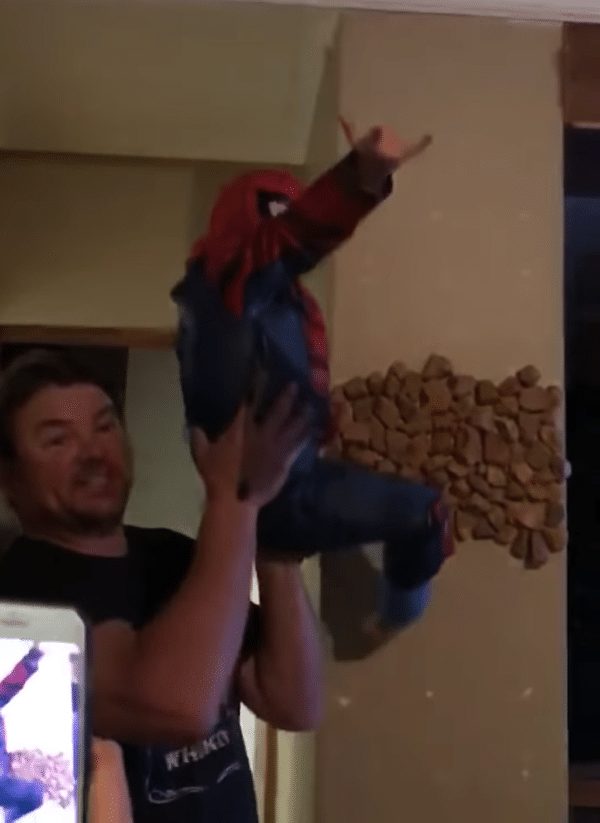 Netizens took time to leave comments on the heartwarming footage.

“This is something I would do with my future son.”

“Just put a green suit on and edit that sh*t.. Would be epic!”

Kudos to you, Ben and Spider-Kid! No pun intended but you are both amazing!