We are more blessed than we could ever think of; unfortunately, we almost always never recognize that, unless we see stories of other people struggling to make ends meet. Stories like that of Gaspar Marcos.

Gaspar’s typical day starts at school, which he spends studying as a sophomore at Belmont High. After his classes, he heads to his full-time work as a dishwasher. Only after can he head home to sleep, in a room he rents for USD600. 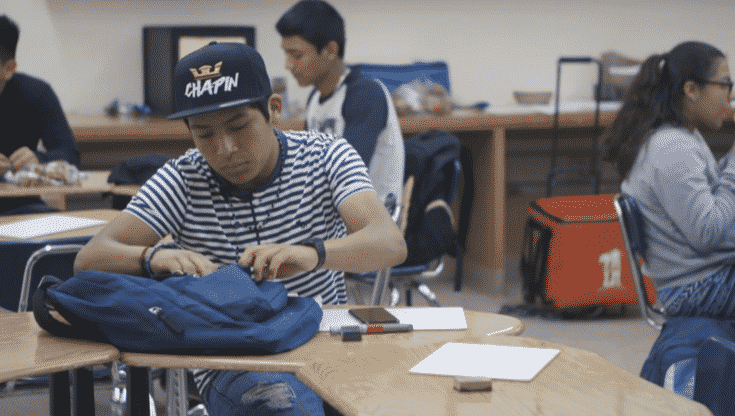 Gaspar hails from Guatemala, a country where the police and notorious drug cartels are currently embroiled in a fierce and violent battle. Like other children, Gaspar fled his country in hopes of escaping the violence and drugs. He left his country at the age of 13 sans parents, who both died when he was just five.

To raise awareness about the struggles of immigrants like Gaspar, the LA Times published a video about his story – a video whose message was so strong it has been viewed and shared over millions of times.

Users were quick to offer help for Marcos – in the form of monetary contributions and a place to live in. Gaspar has been informed of the outpouring of support for his plight, and he has never been more thankful. As he has said in his thank you video,

It feels great to feel visible and loved by all of you.

A GoFundMe page for Gaspar’s college education and daily expenses has been set up by Federico Bustamante, an administrator at LA’s Casa Libre – a shelter for undocumented youth in LA. But ever the selfless teen, Gaspar has said that 50% of the donations he will receive will be shared with other undocumented teens at his school and at Casa Libre.

If you want to help Gaspar and Casa Libre’s cause, you may donate to his Go FundMe page.