An uncontacted tribe in the Amazon jungle of Brazil is now experiencing threats from illegal gold miners in the area – as shown on the aerial photos that have recently been circulating on the internet.

Located in Yanomami in the northern part of Brazil, the indigenous territory is home to around 22,000 people. 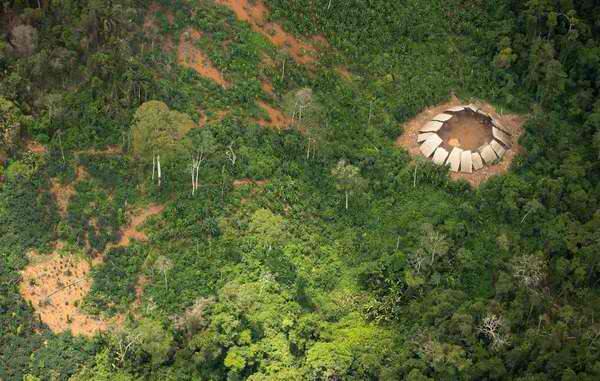 It is said that there are at least 3 tribal groups living on this side of the Brazilian border that have no contact whatsoever with outsiders.

The aerial images give us a glimpse of a Yanomami yano, a communal house used by several families of the tribe. 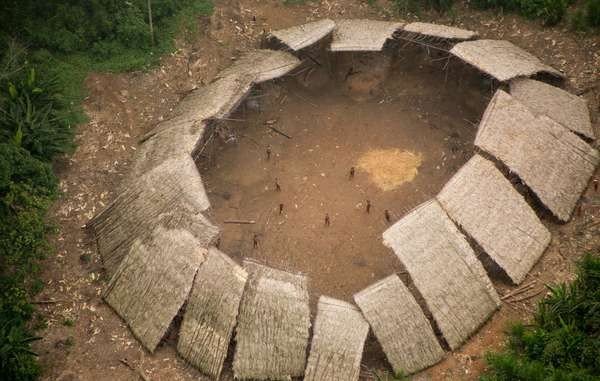 Every family occupies individual square sections and that’s also where they store their food, hang their hammocks, and create fires. This small community has about a hundred individuals.

These isolated tribes are sometimes considered as ‘lost tribes’ because of the fact that they have no contact with other people outside their territory. Some also believe that members of these tribes are among the world’s most vulnerable people since they are vulnerable from possible violence and diseases brought by outsiders.

And so it isn’t a good thing that their peace and safety is now being disturbed by miners.

“These extraordinary images are further proof of the existence of still more uncontacted tribes. They’re not savages but complex and contemporary societies whose rights must be respected.

“It’s obvious that they’re perfectly capable of living successfully without the need for outside notions of ‘progress’ and ‘development.'”

Reports are telling us that the illegal gold mining activities close to the villages has brought malaria, flu, and measles to the tribe. 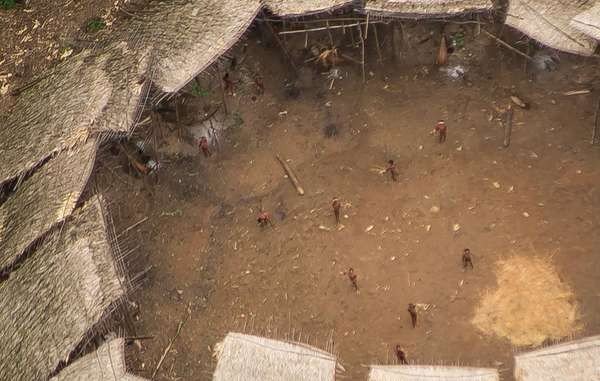 Making matters worse, the sources of food and water has been polluted with mercury. In fact, pollution resulted to death of fishes and shrimps in the rivers.

Davi Kopenawa Yanomami, a Yanomami shaman, described the miners as termites that keep coming back to disturb their peace. Survival International hopes that they will be able to help the indigenous tribes against the risks of illegal mining activities.