Child performer Xia Vigor has gained worldwide fame for channeling Taylor Swift in a kiddie talent show in the Philippines. The weekly show is titled Your Face Sounds Familiar: Kids and is broadcast on ABS-CBN, one of the country’s most popular TV networks.

As the show’s title indicates, the child contestants impersonate popular performers. Seven-year-old Xia — who is the daughter of a British national named Alan Vigor and a Filipino lady named Christy Bernardo — stunned everyone with her T-Swift number. She even donned a blonde wig for it. She performed an elaborate routine to the tune of Swift’s 2008 hit “You Belong With Me.”

Of course, she had the same costume as T-Swift. 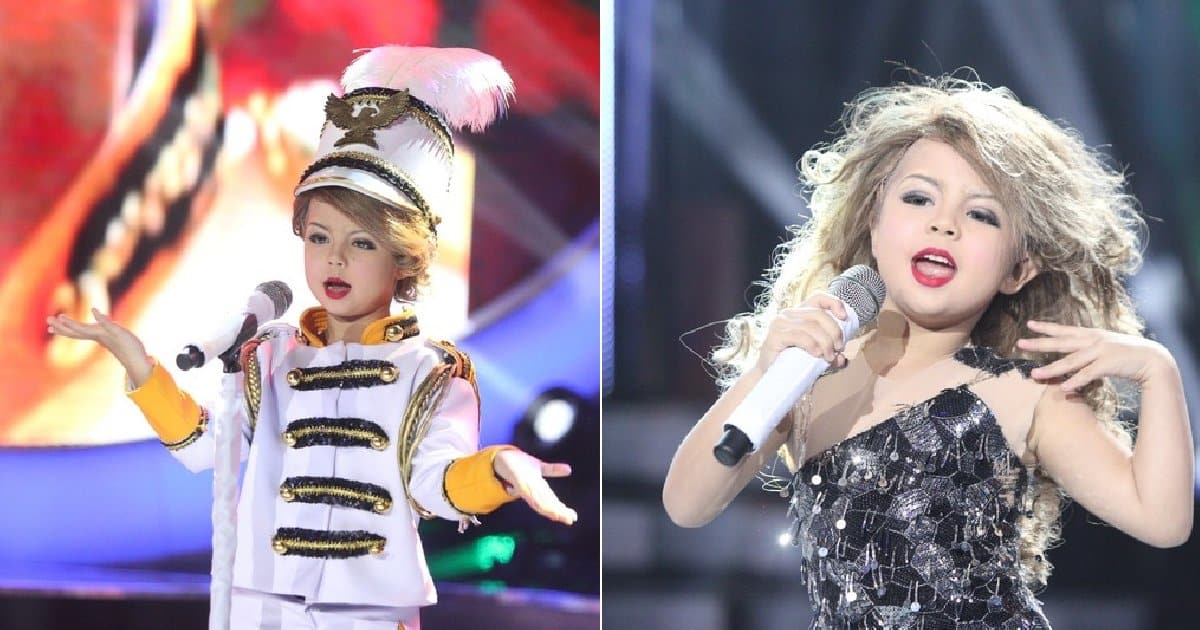 With the great success of her T-Swift number, more people wanted to know about Xia.

Xia was actually born in the city of Exeter in Devon, a county located in southwest England. She and her family stayed there for a few years.

The resemblance is adorably uncanny! 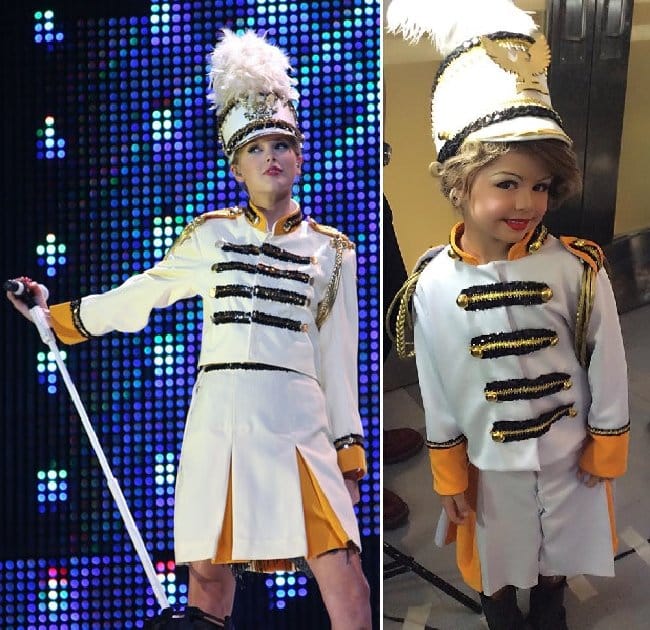 Xia’s first exposure to the spotlight was actually via another ABS-CBN variety show called It’s Showtime. In 2015, Xia joined the show’s kiddie talent segment, “Mini Me.” Back then, she chose to channel Selena Gomez. She sang Gomez’s 2011 hit “Love You Like a Love Song.” Xia was declared the grand winner of “Mini Me.”

Xia Vigor when she's just being a regular kid. 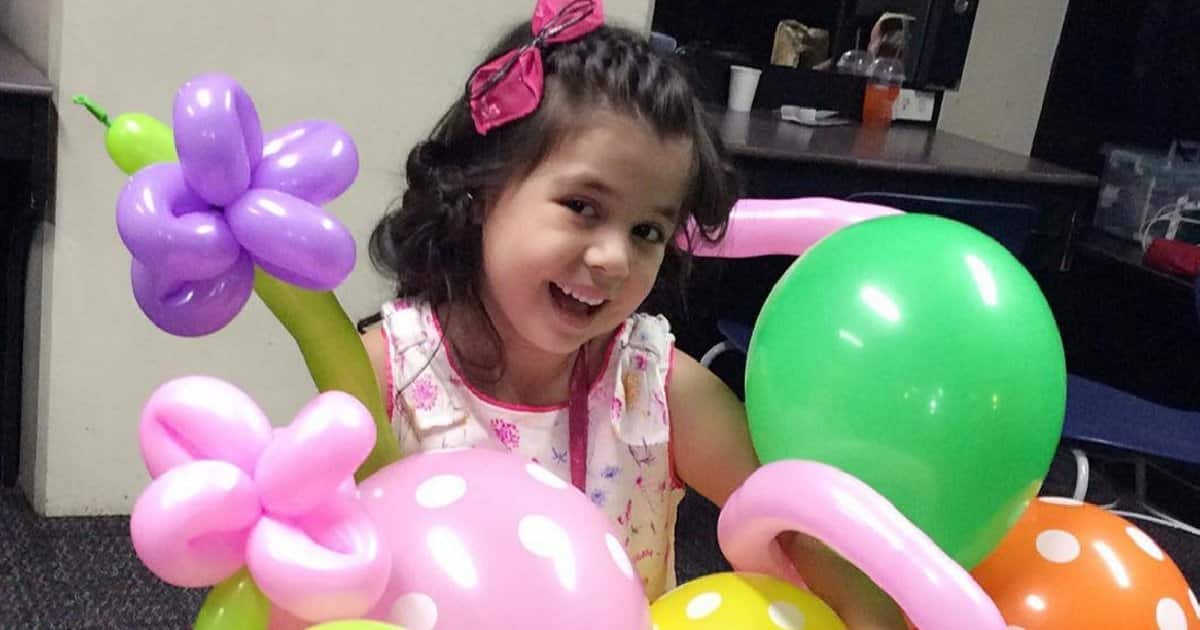 After that, ABS-CBN talent scouts casted Xia as a lead character in a TV series. With her T-Swift number getting the attention of foreign media outlets such as The Huffington Post, Elle.com, TIME.com, and others, it’s a safe bet that Xia is bound to be more popular than ever.

As expected, Xia’s dad Alan is quite proud of her. He told UK-based news site Mail Online:

“I am incredibly proud. She performs amazingly and she’s become a really big star on TV here in the Philippines.”

Xia pulled off all of T-Swift's gestures!

Xia’s mom Christy is also happy over the development in her daughter’s career. However, she is also doing her best to make sure Xia isn’t overwhelmed by the global attention. “When they request interviews on Facetime, I have to refuse because she is usually already asleep when they call,” she related in a talk show.

For her part, Xia is excited about everything, saying she always feels happy when she performs. “This is my dream,” she said.

Well, Xia’s family better brace for more global attention, as entertainment blogger Perez Hilton has pointed out Xia to Taylor Swift herself. Hilton had posted a link to Xia’s video in his tweet and had tagged Swift.

She gets a shout out from Hollywood! 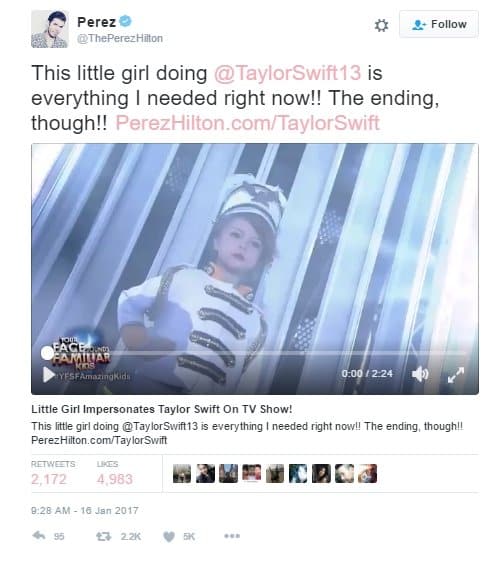 Perhaps, it won’t be long before T-Swift gets in touch with Xia — and we’re sure the whole world will applaud that, too.