If you are unsatisfied with the customer service of, say, a restaurant or an online store, you can always rant about it online. This is much more convenient than writing a short note and then dropping it on a suggestion box. Besides, we’re not even entirely sure if they are really reading those anyway.

With social media, all you have to do is to type a post on Facebook or Twitter and then maybe tag the concerned company or store.

Public bashing sometimes helps you get quicker response since, you know, companies will want to maintain a positive reputation.

Be warned, however, that pranking a company might cause a little backlash – especially if their social media representative isn’t as gullible or harmless as you think.

Case in point, this guy from Melbourne, Australia took it to Facebook when he wanted to complain about the spaghetti he bought from Woolworths, a popular supermarket in the country. 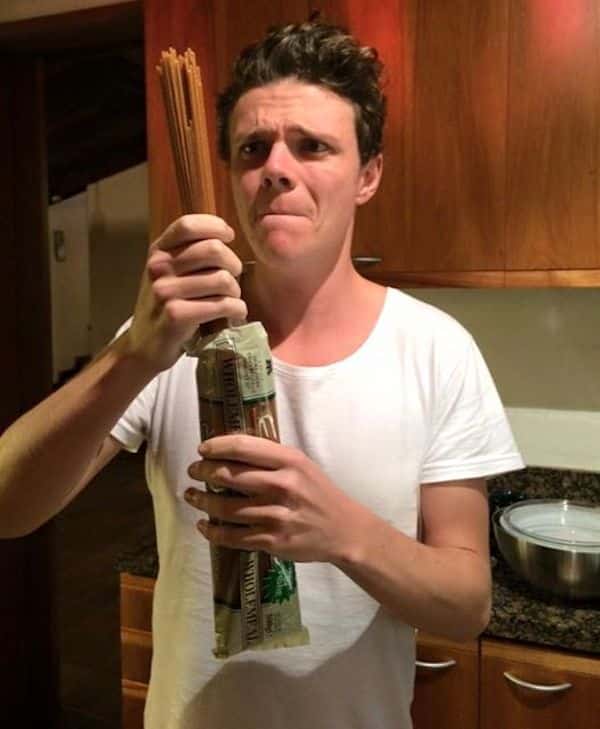 Yesterday I was searching for food to make mums spaghetti. I was nervous, my knees were weak, my palms were sweaty and to top it off, I had a vomit on my sweater already. To be honest, I was ready to drop bombs, but I kept on spaghetti what I wrote down. I feel I had one shot, one opportunity and I let it slip. I could have seized everything and I left with nothing but a brown onion and tomato paste. I lost myself in the spaghetti because I had spaghetti on my spaghetti already. Snap back to spaghetti. Oh there’s goes more spaghetti!!

So today I went back to purchase some spaghetti, instead of finding spaghetti in the packet, I found this.

It was spaghetti!!!! What should I do with it? Should I return the spaghetti?

As it eventually turned out, the prankster came unprepared for the store’s response. Woolworths seamlessly referenced not one but two tracks from Eminem namely “Stan” and “The Real Slim Shady.” 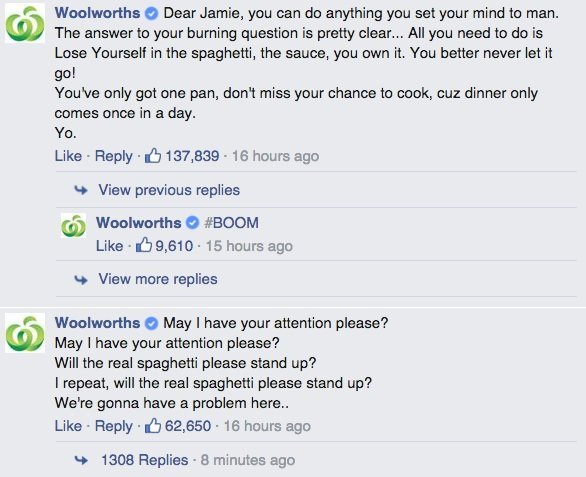 Whoever the guy is behind the desk that day, he or she definitely deserves a raise! Thumbs up to Woolworths for engaging in this hilarious banter. It simply goes to prove that a good sense of humor always saves the day.