Recently, the controversial Yulin Festival in southern China made headlines after the cruelty and savageness of the tradition were exposed on the Internet. Many of these dogs were kidnapped, kept in tiny cages, and  killed in an inconceivable manner.

The traditional dog-meat festival held every year during the summer solstice involves the inhumane killing and consumption of around 10,000 dogs in Yulin, a southern city in the country.

This year, animal lovers and animal rights activists across the world have expressed their disgust over the deeply-rooted tradition. Using the hashtag #stopYulin2015, Internet users made it a trending topic on social media spreading awareness about the evil practice.

Among those against this cruel tradition is Yang Xiaoyun, a 65-year-old retired teacher who lives in Tianjin. The old woman who runs an animal shelter took the effort to travel more than 1,500 miles and spent $1,100 in order to rescue 100 dogs from unnecessary torture and certain death.

Meet Yang Xiaoyun, a 65-year-old retired teacher from Tianjin who has a special relationship with dogs. 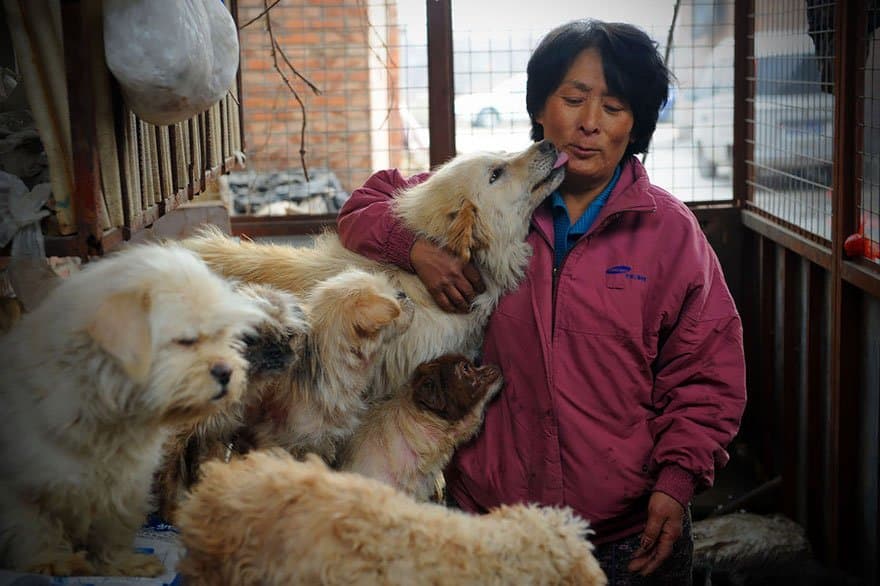 The traditional Yulin festival in China involves the vicious killing and consumption of about 10,000 dogs. Most of them are kidnapped from their owners. 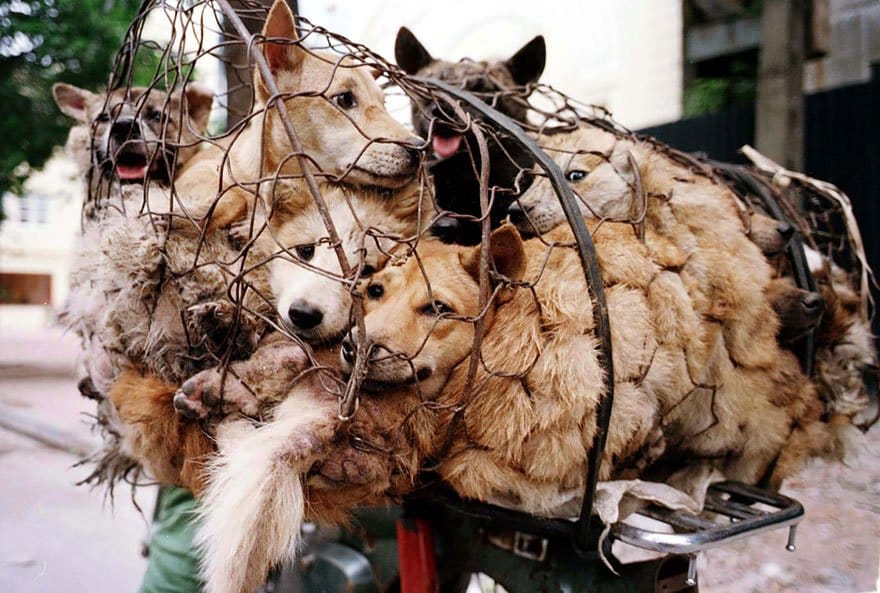 The organizers of the festival are alleged of inhumane treatment of the dogs.

Determined to rescue some of them from unnecessary torture and cruelty, Yang decided to travel to Yulin, which is 1,500 miles from her home. She also spent $1,100 in order to save 100 dogs. 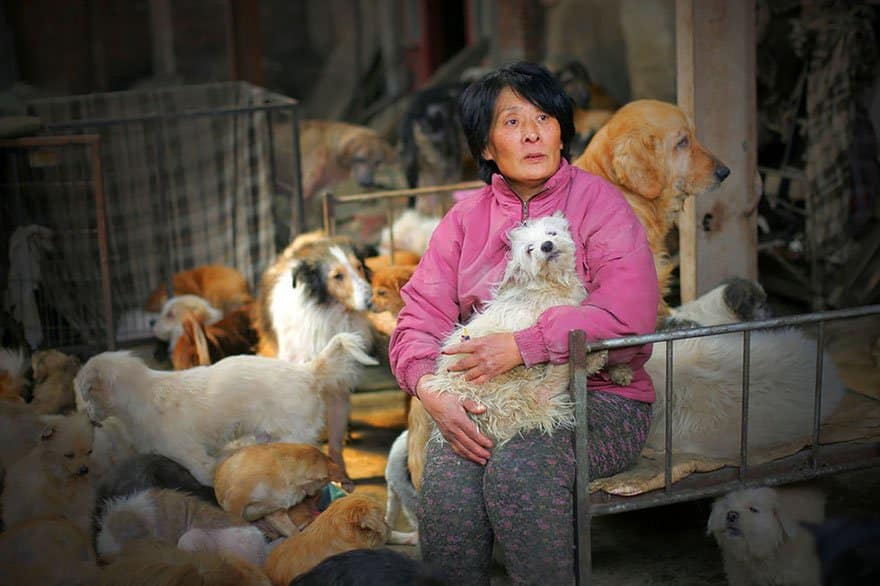