You never know what to expect when using the public restroom. Sure, there’s the usual evidence of bodily functions – the smells lingering in the air, physical traces found in sinks, urinals, and toilet bowls. But there are times that you will find something totally out of place, you know, things that do not belong in a public restroom… or so you think.

This woman from the Philippines found a suspicious looking EGGPLANT lying in plain sight on the public restroom floor and her reaction is what you would expect. Naturally, she took pictures of her unsettling discover.

Imagine the puzzled look on the woman’s face when she saw this on the floor. 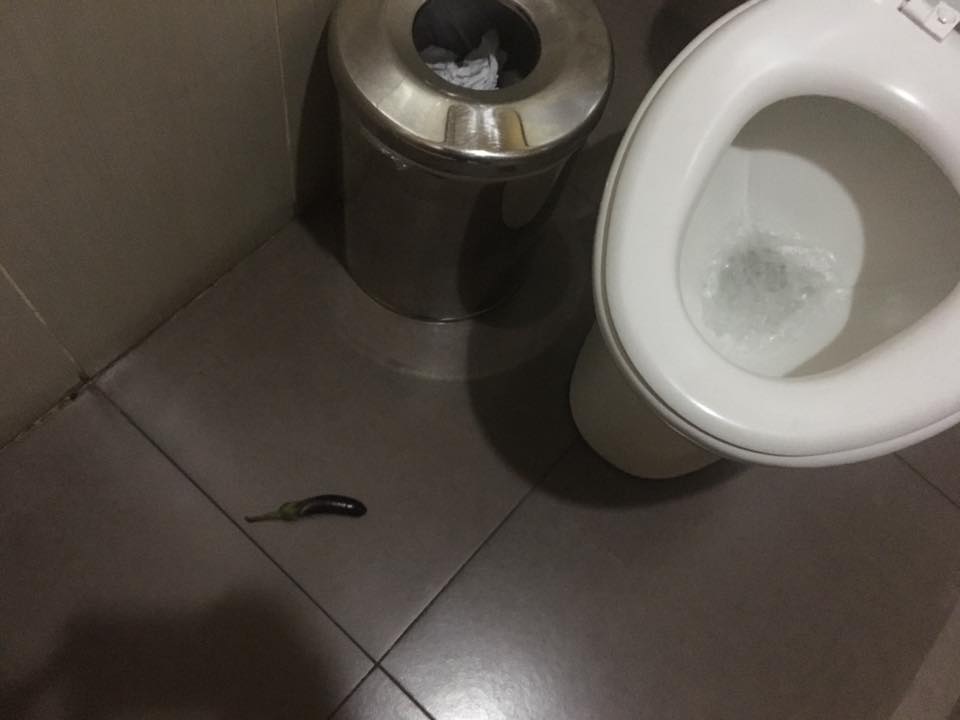 What is this average size eggplant doing in a public restroom? 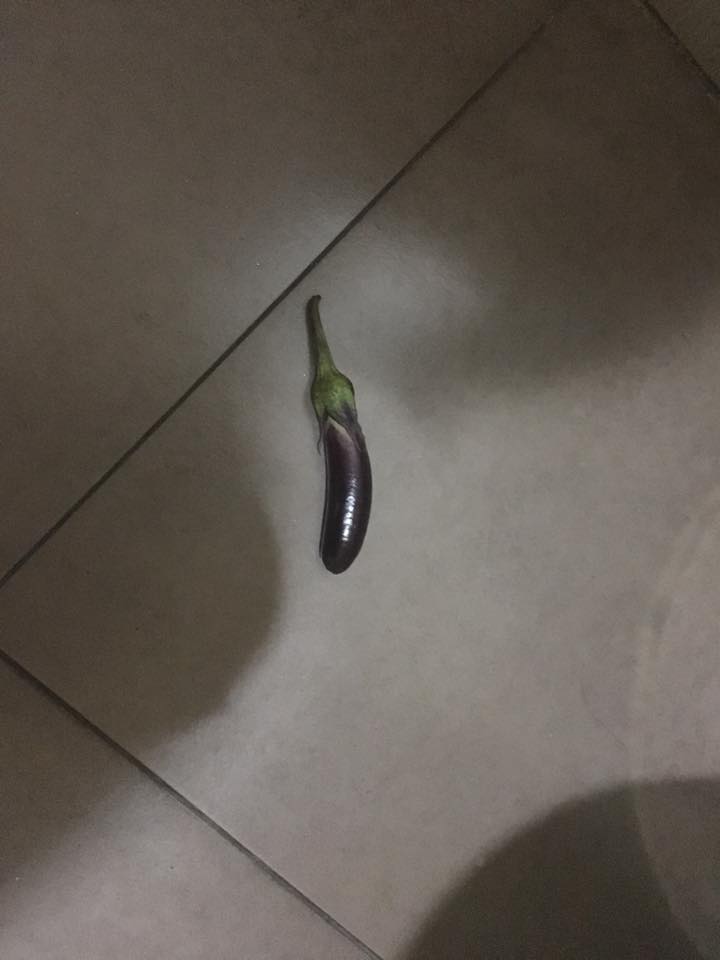 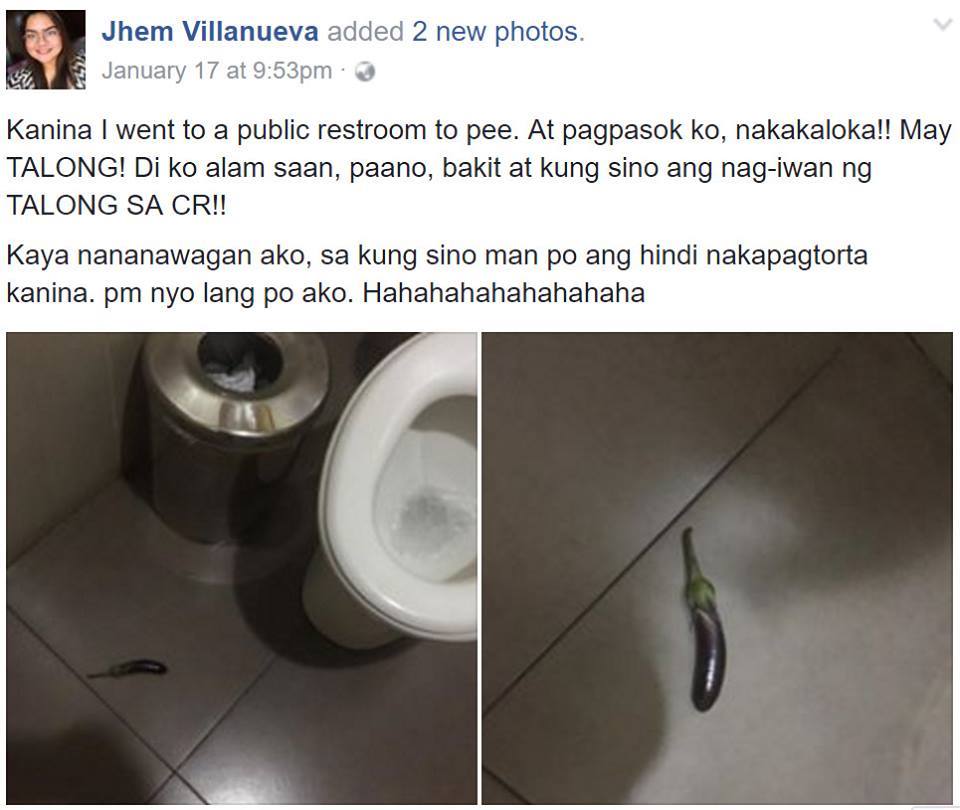 “Earlier, I went to a public restroom to pee. When I entered, I was flabbergasted! There is an EGGPLANT HERE! I don’t know where, how, and who left an EGGPLANT IN THE BATHROOM!”

“So I’m calling out to whoever didn’t have her omelette today. Just PM me. Hahahahahaha.”

Now the post didn’t disclose where the restroom was located. But it really doesn’t matter. Judging from the hilarious reactions in the comments section, there is already an obvious malicious conclusion to the woman’s weird discovery.

“An eggplant and it’s in the ladies restroom? It’s obvious.”

“Didn’t satisfy enough so it was left just like that.”

“So husbands, make sure that you give time for your wives so they wouldn’t go roaming around with an eggplant in tow. Or maybe she finds her husband’s #@&% small.”

Darrn. I will be very observant the next time I use a public restroom. Who knows what I will find in there.