An old man from Asia has been suffering from constipation. In addition to his difficulty of passing stool, the abdominal pain is becoming unbearable at times.

At 50, when he could not endure the abdominal pain associated with always constipated, this old man finally did what he thought would work. He left it to an eggplant to solve his bowel problem.

What happened next was an agonizing turn of events for the poor old man. 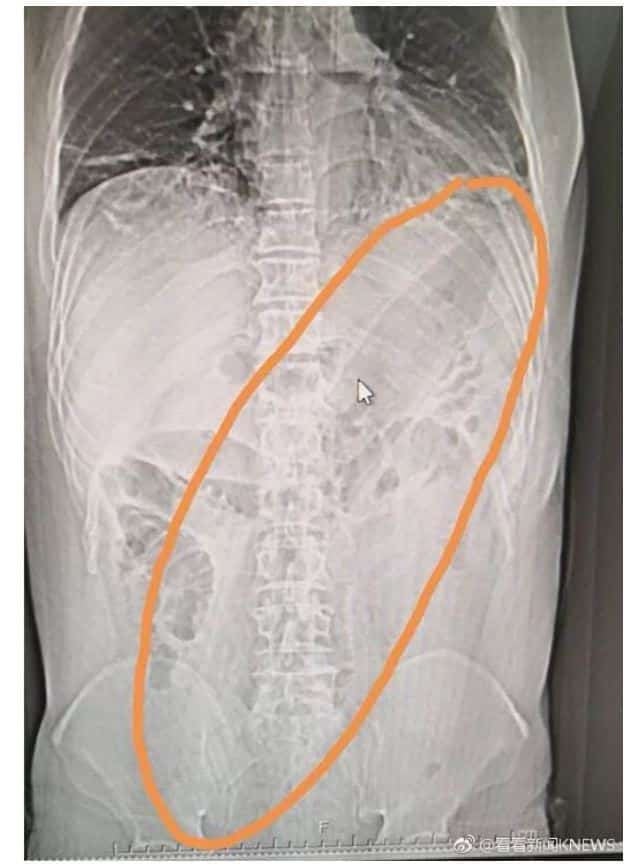 Instead of relieving himself from bowel movement problem, he ended up nauseated and vomiting. After two days of holding it, the old man decided to go to the hospital to seek medical help before his situation gets worse.

The medical team were surprised to learn from the result of the x-ray scan. 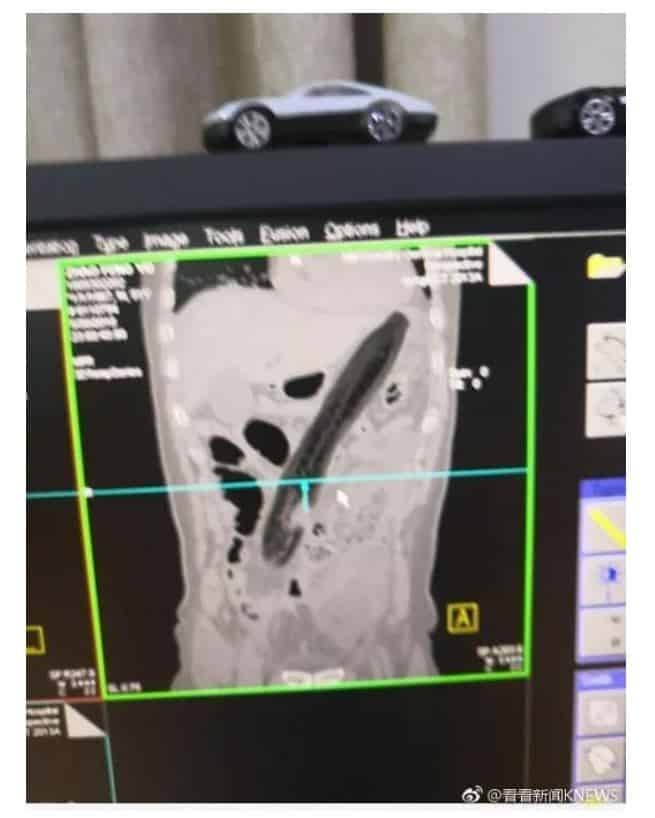 What the old man shoved to his anus was an enormous 1-foot eggplant that went far up and punctured a part of his lungs. 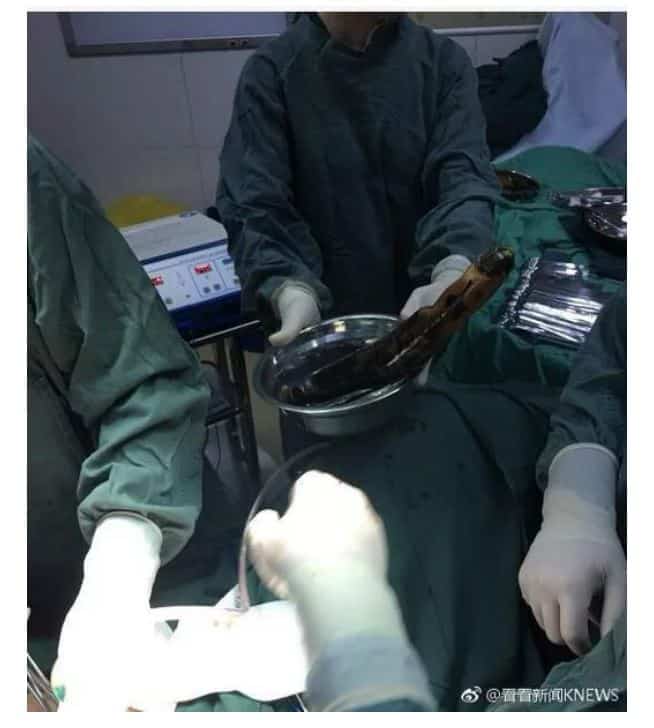 They also could not believe that the old man has resorted to this solution. 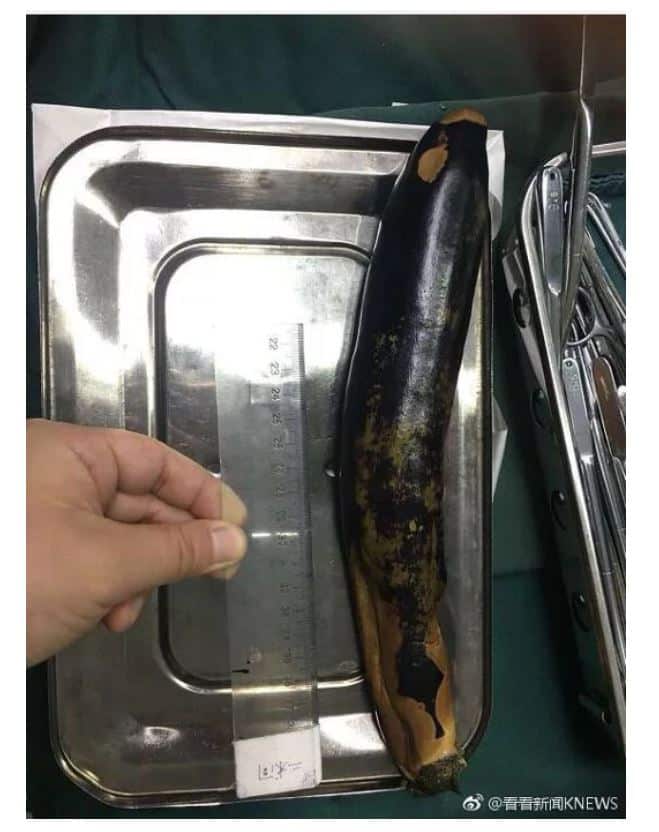 Fortunately, the surgical removal of the eggplant was a success. Everything was eventually documented including the size and weight of the eggplant that lost its way in the old man’s body.

Clearly, an eggplant is no solution for constipation. 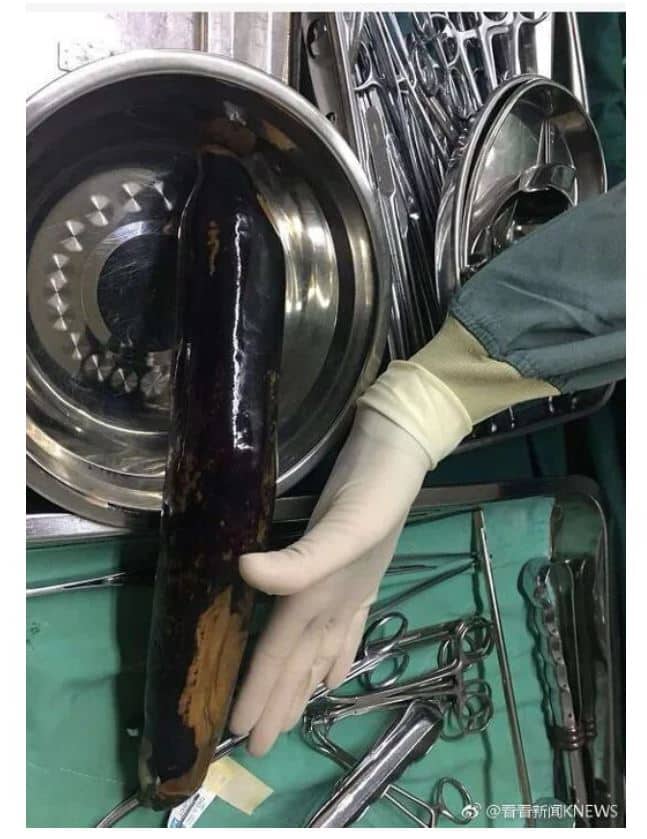 Constipation is a medical condition where a person has a difficulty of moving bowel which in turn hardens the stool and obstruct the smooth passages of the digestive tract. It is manifested by three or even less frequency of bowel movement. Known causes include low fiber diet, dehydration, poor bowel habit and other disorders that result in constipation such as hormonal problems.

Constipation can be easily remedied with constant hydration, intake of fiber-enriched foods and regular exercise. Certain alternatives to treat constipation would be natural laxatives such as castor oil, flax seeds and whole grain products. Rectal suppositories may be used for extreme cases of constipation and to avoid straining. But yes, for your safety, never ever resort to eggplants!