Nuclear bombs are a very real threat and dropping these bombs is just a matter of one seriously pissed off world leader wanting to try it out. We’ve got Trump aiming to support a new arms race, Russia upgrading its nuclear arsenal, and North Korea developing long-range missiles. What is the world coming to?!

In the event that any of these world leaders decide to start dropping bombs, what are civilians to do? According to Michael Dillon, a Lawrence Livermore National Laboratory researcher, it is possible to survive as long as you keep the radiation exposure as low as possible.

So let’s say you’re one of the people who managed to survive a nuclear bomb dropped on your city. What should you do to make sure you stay alive?

1. Avoid fallout radiation by knowing where the wind blows.

Fallout is a mess of bomb material, soil, and debris that has been vaporized and made radioactive. They look like dust and ash but they’re very very dangerous and you need to get away from it!

What you need to do is limit your exposure to the fallout by knowing which way the wind will be blowing it. Fallout is spread around by the prevailing winds, so it helps to head in the opposite direction of where the fallout may settle. But that’s not all…

2. You need some dense material between you and the outside world. 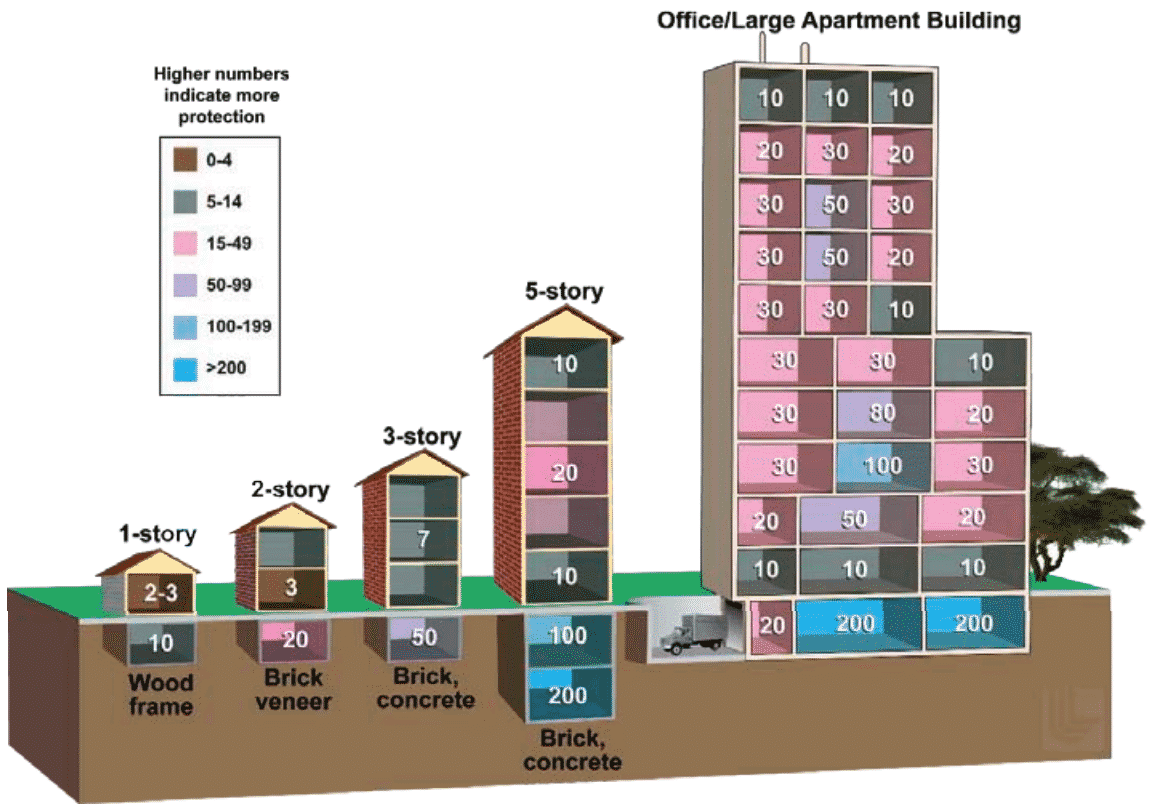 You need a place to hide. As much as possible, try to head to a brick or conrete building with thick walls and no windows. You can also opt to hide out in a basement, as this can work almost like a bomb shelter. Just make sure you know how to find your way out.

Shown above is a chart that tells us how effective certain shelters can be. The higher the number, the more protected you will be in it. 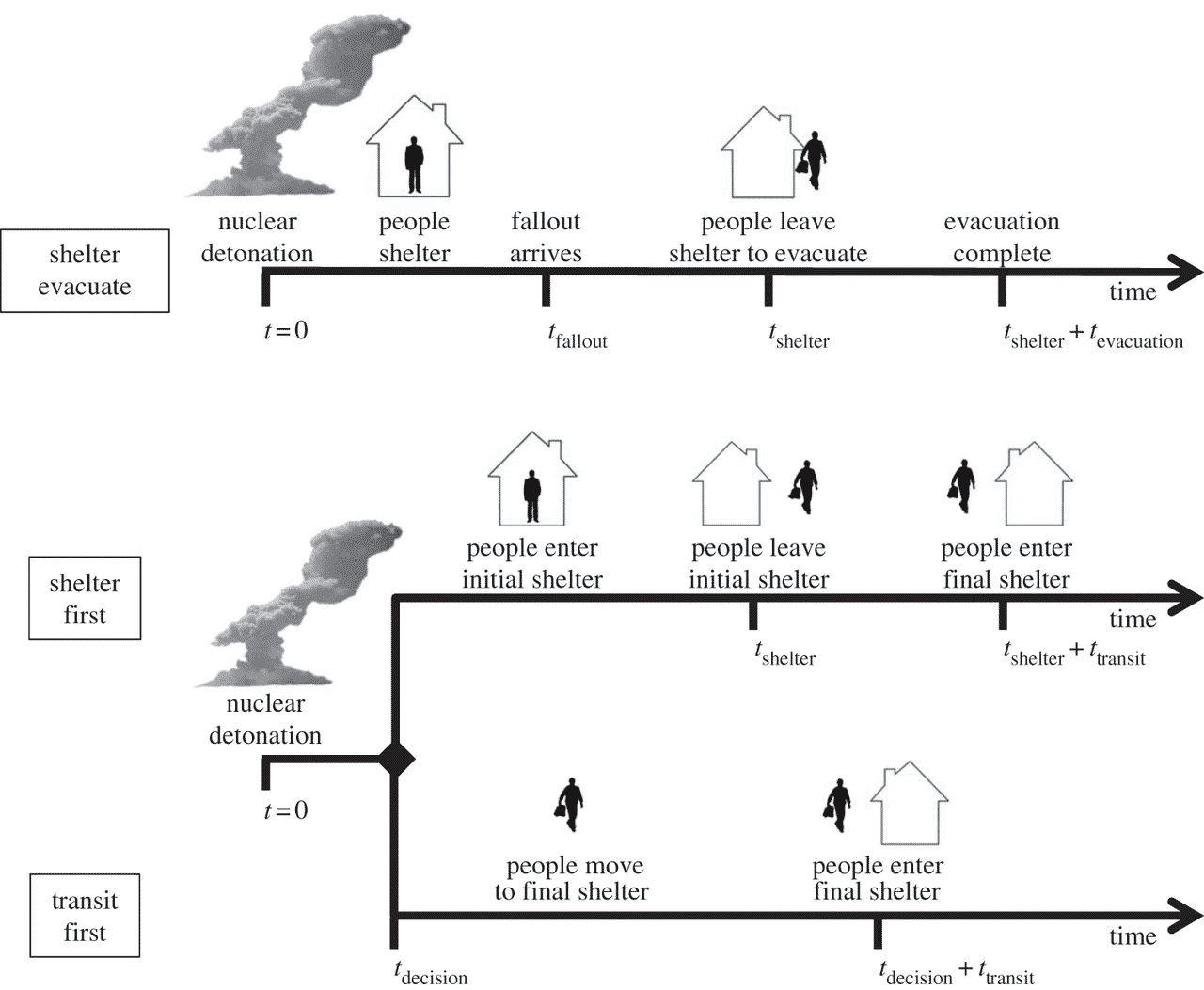 Source: M.B. Dillon/Proceedings of the Royal Society A: Mathematical and Physical Sciences

Dillon developed models to determine your best options of staying alive. In this model he was able to come up with a handful of useful recommendations.

If you’re close to a solid shelter (like an apartment building or a building with a basement) when the bomb goes off, stay there until rescuers come and relocate you to a less radioactive area.

If you’re about 5 minutes away from a shelter, run there as fast as you can and stay there.

However, if it will take up to 15 minutes or more to get to a solid shelter, it’s much safer to stay in a flimsier shelter for at least an hour (to wait for the more intense fallout to settle and be blown away in the opposite direction) and then run towards the better shelter after.

A nuclear bomb threat is by far more powerful and more dangerous than any storm or earthquake. The threat of radiation is there and you want to limit your contact with it as much as possible.

Hopefully, you’ll never need these tips but, yes, it always pays to be ready!