The golden question of the day: “What color is this dress?”

Social media has been busy all day debating about the color of what seems like a million-dollar dress. Offices, classrooms, and lounges have been filled with screaming teams of Blue-Blacks and Gold-Whites.

On Thursday, a Tumblr blogger posted a photo of a striped dress, and was then picked up by Buzzfeed. The very simple blog post led millions buzzing and arguing over the color a dress. Some say that the dress is a combination of blue and black, while others claim that they can see gold and white. Several scientific, personal, and metaphysical explanations have risen in the hopes of explaining the mind-boggling mystery behind the color of this dress.

The blogger named Swiked, posted this photo with the following caption: 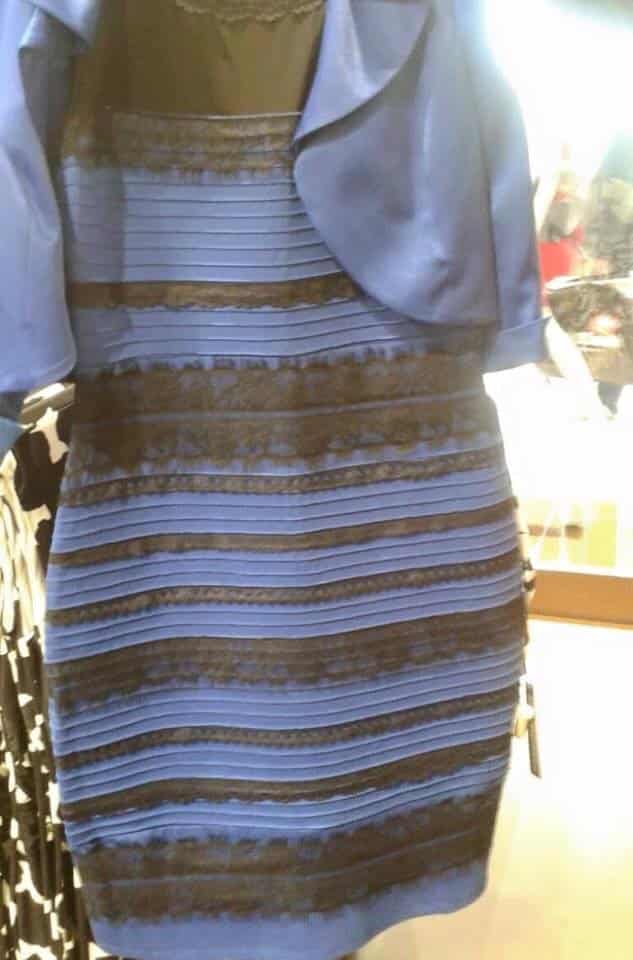 “Guys please help me – is this dress white and gold, or blue and black? Me and my friends can’t agree and we are freaking the f##k out.”

Celebrities have also took part in solving the puzzle, as Taylor Swift expressed her fair share of confusion.

The dress is tearing us all apart.

Hypothesis and theories of factual and scientific bases have popped out. A post from Neogaf said it’s all about the rods and cones of the eyes.

“Blue and Black: Your retina’s cones are more high functioning, and this results in your eyes doing subtractive mixing. White and Gold: Our eyes don’t work well in dim light so our retinas rods see white, and this makes them less light sensitive, causing additive mixing, (that of green and red), to make gold.”

But a more reliable person has come to the rescue through a fairly decent explanation. Dr. Robert Freedman, an opthalmologist from Swampscott, Mass said, “It is yellow and gold in this lighting.” He also adds, “Scientifically it has to do with the lighting and reflectivity of the material.” Then he finally said, “But who gives an F? Really. Who is wearing it?”

Here’s the explanation from the person behind the mystery dress. 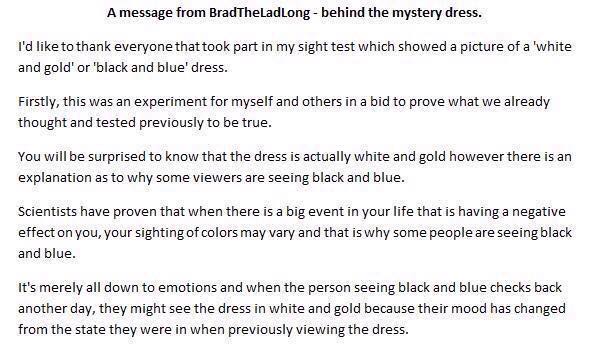 So, what do you think? Comment below and let the debate keep on going!