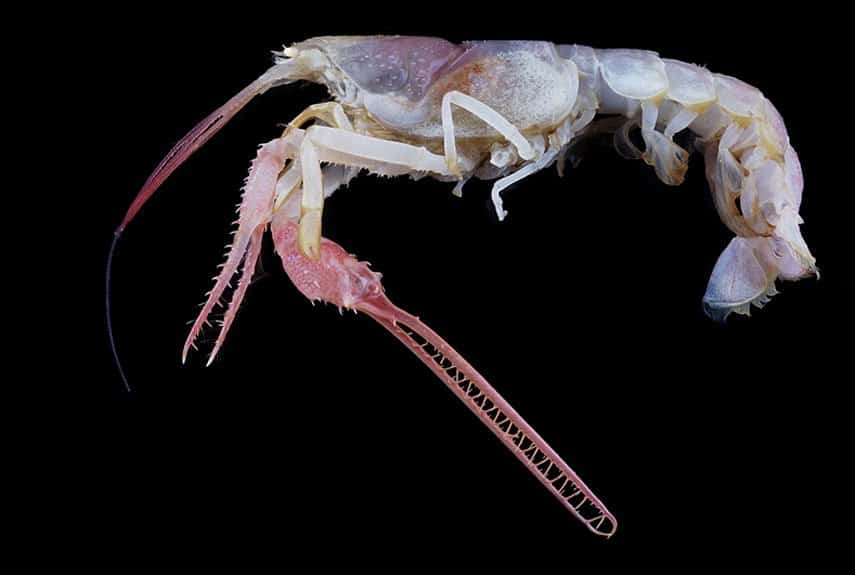 Well with claws nearly as long as its body, the Dinochelus ausubeli deserves its name as “terrible claw”. This is found in Australia but also very rarely as it has only been seen four times in history. Well its better we steer clear from its path or receive its terrible claw wrath! 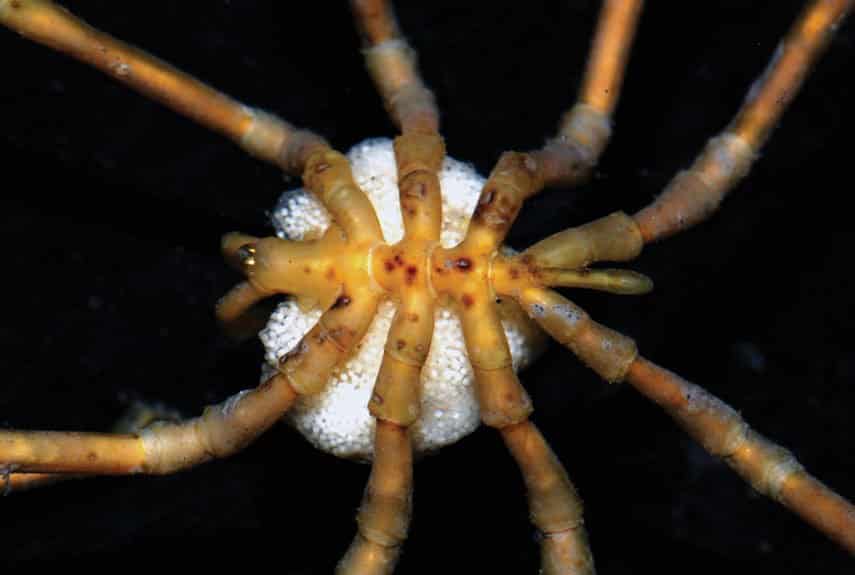 Bad news for those who are afraid of spiders. If you thought you are safe from spiders in the sea, well you’re wrong as there are sea spiders, and they can grow even bigger than the spiders we know on land. One such specie is the Sea spider which can grow to 90 cm and more. It can be found in both shallow and deep waters of the Arctic, Antarctic, Mediterranean and Caribbean Sea.

Kiwa the God of Shellfish 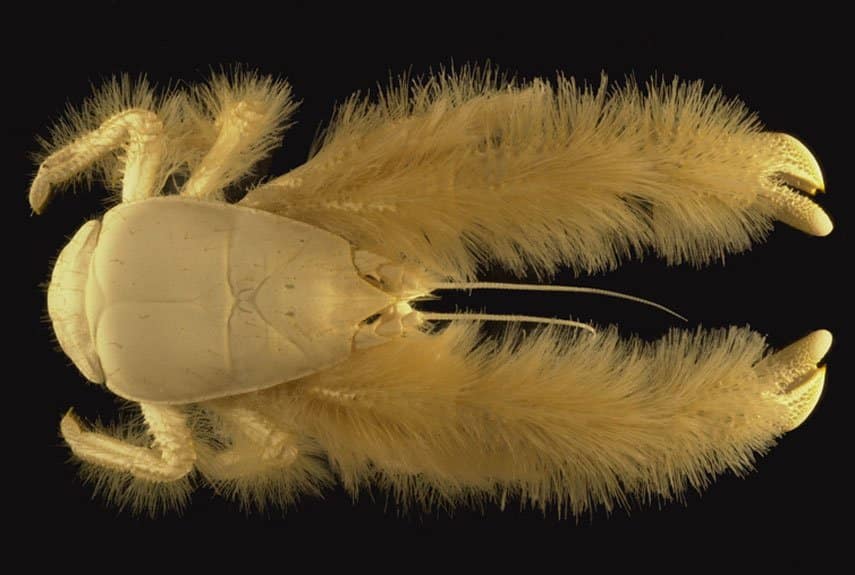 Aside from its moniker as King of Shellfish, it is also called Yeti Crab due to its white appearance and the fur on its claws. Not that it is quite cold where it lives and it needs fur to cover up, but because this crab is pretty hardcore living off exothermal vents. Meaning those cracks on the ocean floor where hot water vapors and sometimes sulfur fountains shoot up. It also grows bacteria on its fur to detoxify its food. 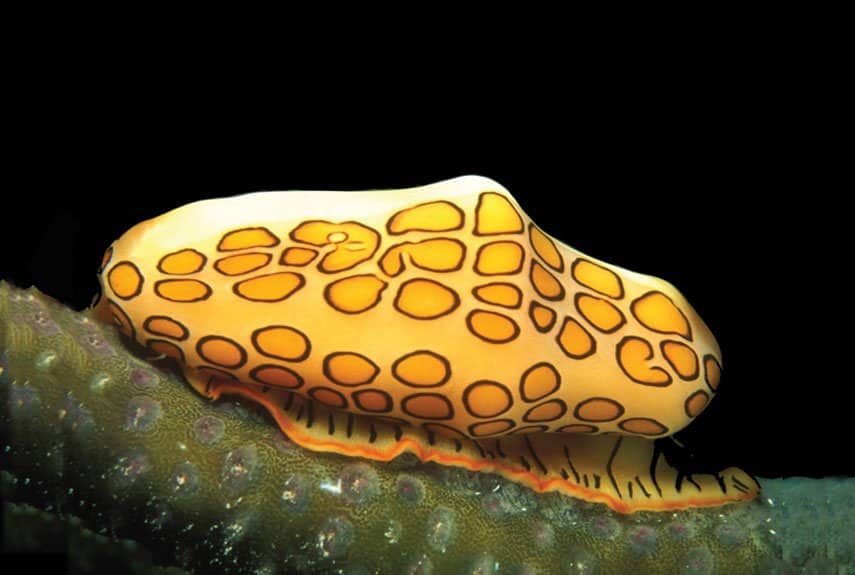 Ever thought of seeing a snail this flamboyantly colorful? But if you are keen on shell collecting, Cyphoma gibbosum is not for you, because surprise! Its shell is actually transparent. That yellow coloration? That is the snail’s body, weird huh? 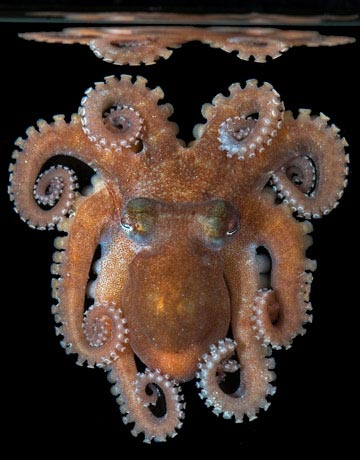 One of the curliest sea creatures you’ll see, this creature is found on Lizard Island along the Great Barrier Reef hence its name. Nothing special aside from its pretty appearance.

Well I hope this post has been fun for you too. Let’s just hope human activities and global warming doesn’t threaten these animals to extinction as well as other fascinating creatres that we have not even discovered yet!

Share this article to your kids or your friends, and let them learn the wonderful creatures of the sea!