How many types of sea creatures can you name? Fish, lobster, shrimp, clams and oysters, seahorse, squid, octopus, jellyfish… well aside from the typical ones we are familiar with and actually eat, there are still lots more undiscovered, unnamed and unseen!

Some scientists say that only around 5% of the sea has been thoroughly explored. The overwhelming water pressure, darkness and temperature as we go deeper in the ocean and its ocean vents, present as major challenges to exploring the sea. But even if we have not been into the pinnacle of discovery, we have made quite some progress. The evidence to that is some of these recent and even old animal discoveries. Some of these are so bizarre-looking you might think they’re from a different planet altogether! 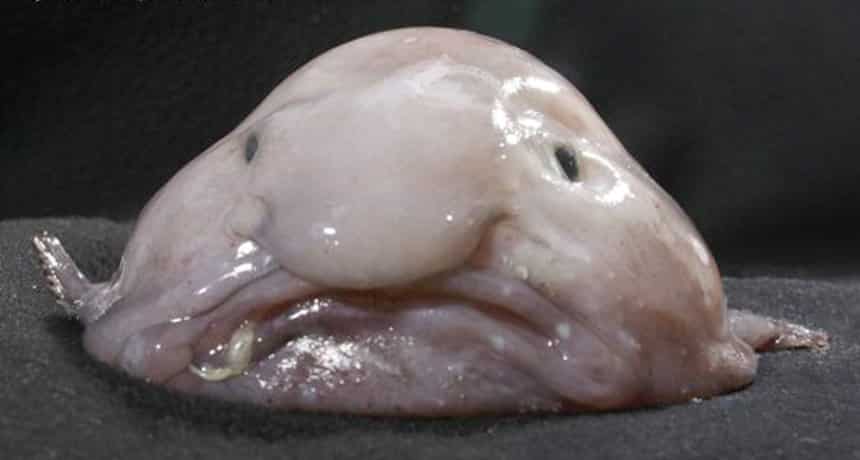 Nope we are not calling anyone names nor are we joking. This is the Psychrolutes microsporos, or as scientists call it, the Fathead (yeah scientists can be bullies right?). It is a fish, not an alien, and is mostly found in the deep sea abyss of Australia and New Zealand. They are found at a depth of 3000 feet and more! 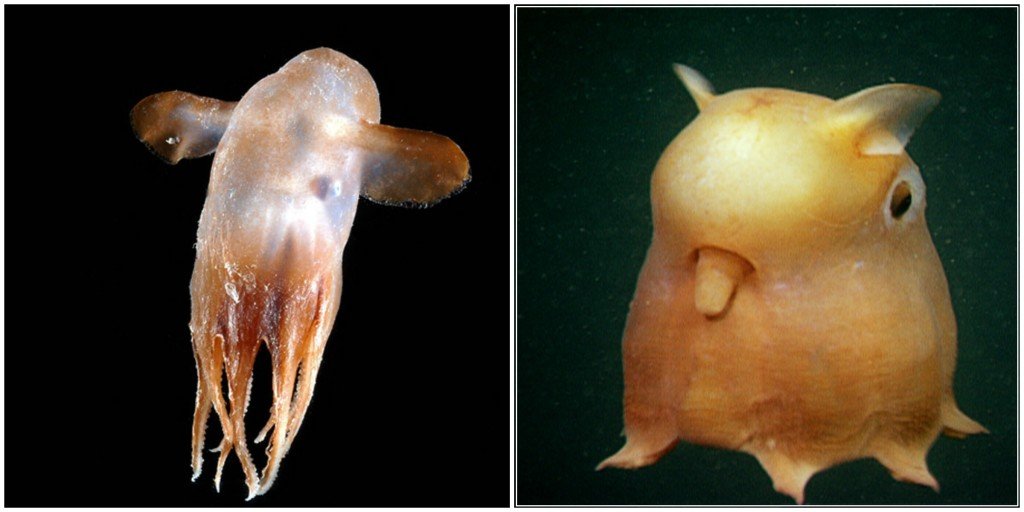 From Fatheads, we move on to Dumbos. There are around 14 species of Grimpotheutis octopuses or Dumbo octopus as they are called. They may look drastically different from one to another, but their common feature is that they resemble Dumbo the Elephant. Some have large flappy appendages that look like ears which they use for swimming, others have proboscis too.

As if the nickname Vampire Squid is not scary enough, its scientific name, Vampyroteuthis infernalis literally translates to Vampire squid of Hell. Even if it is named like this it does not actually feed on blood. It is given such name due to the rich brown-red color reminiscent of dried blood, and its red eyes.

Some creatures have the misfortune of being called fatheads or vampires. The Enypniaste on the other hand has the misfortune of having a nickname that sounds like a sexy lingerie. Although its mystical fairy-like appearance may be the reason for its name. It is found 2,500 meters deep at the Celebes Sea.

If socialites are looking for a fancy pet from the sea, they can consider the elegant Histioteuthis bonnellii or Jeweled Umbrella Squid. It is widely distribute in the coasts of Argentina, South Africa and Tasmania. Other than its pretty appearance little is known about it whether it is deadly like its poisonous jellyfish cousins. That makes it truly a perfect pet for a beautiful poisonous woman 😛 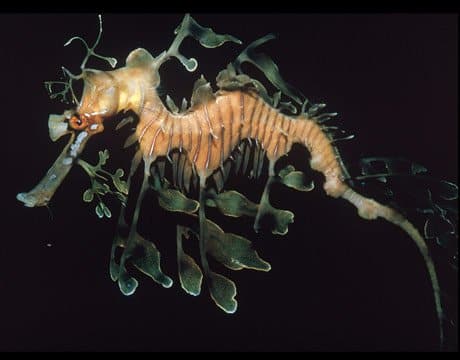 The Phycodurus eques is a cousin to the seahorses. They are commonly found in Australia where they cleverly hide themselves from prey by drifting amongst seaweed and other sea plants as their camouflage.

More creatures for your fancy on the next page.