A simple touch can convey so many meanings; it can show how much we love, care, or want something or someone. But sadly, others associate it with pain and despair—especially those who have been tortured and abused by the very people they thought they could trust.

Apart from the physical pain, abusive people inflict a deeper kind of wound on their victims—one that would remain even after all the visible scars have healed.

Dogs suffer emotional and psychological trauma from being mistreated as well. And it’s saddening how a gentle, loving, loyal, and sweet creature that loves to be caressed would whimper and cower in fear of someone’s touch—all because it had been abused its entire life.

Like this poor, emaciated pup in the video shared by Monica Mitreanu.

The pooch trembled and cried when Monica, his rescuer, stroked him for the first time at the Breasta Animal Shelter in Craiova, Romania last November. He was so broken that he didn’t even know what a loving touch felt like. His reaction was truly heartbreaking.

For dog lovers, there’s nothing more saddening and appalling than to hear stories of broken or abused dogs.

Most of us cannot even begin to comprehend the reasons that compel people to abuse and neglect these beloved animals, considering they’d do almost anything to protect their humans.

Fortunately, this pup was rescued from his abusive owner.

According to The Dodo, animal rescuer Kerry Wollacott shared an update on the dog on Facebook. The pup’s name is now Kayne, and he has been taken to the UK where he “loves being loved.”

I’m sure you all remember the now-famous crying pup, his video was spread far and wide his scream tugging on everyone’s heartstrings. Well here is little Kayne he’s just had a visit to the vets to have his vaccinations ready for him to leave Romania on the 17th Dec to start his new life in the UK. When he left Breast he weighed 6kg now thanks to lots of love and care he now weighs 9.5kg! ? huge thank you to a generous donator who paid most of the travel cost.

Kayne even has some new pals. 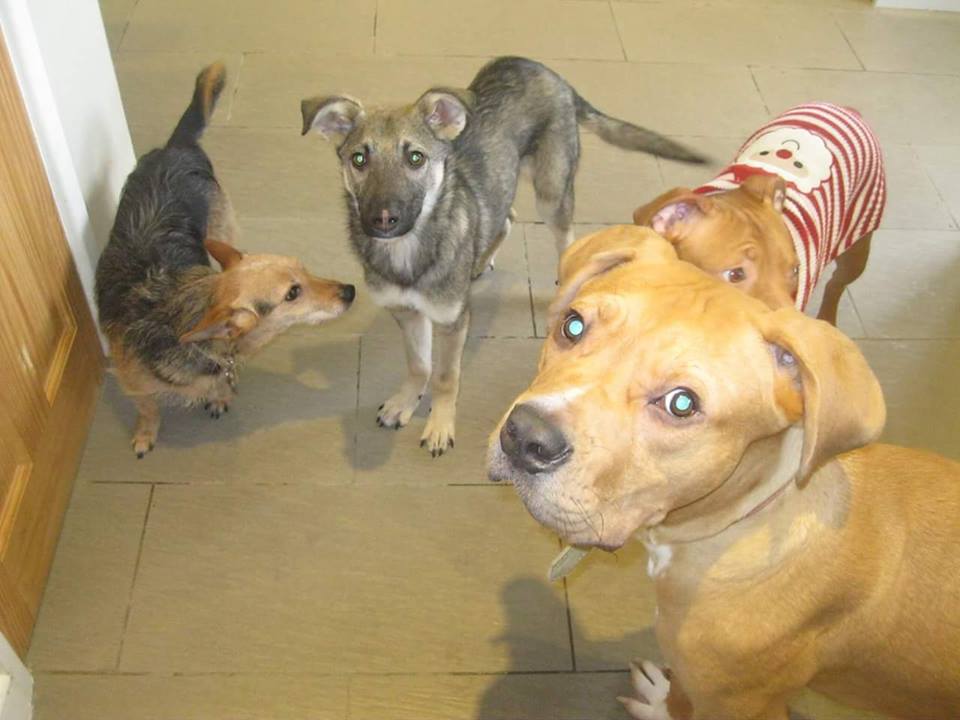 Despite what Kayne has been through, he still managed to open his heart to people and learn to trust again. He was lucky to have been rescued by kind-hearted people like Monica. Some dogs, though, are not that fortunate.