The residents of a village in Nigeria were recently on alert after a farmer lost a calf. The village was surrounded by wilderness, so the Nigerian villagers assumed that the animal was eaten by a snake. More specifically, they profiled the culprit as a python.

Thus, the villagers got fired up when they spotted an African rock python whose belly looked swollen. Just because the animal looked like it had eaten something huge, the Nigerian villagers immediately tagged it as the main suspect in the calf’s disappearance.

African rock pythons can grow from 3 meters to over 4.8 meters long. In fact, there have been sightings of specimens that are around 6 meters long.

Some African rock pythons grow as long as 6 meters! 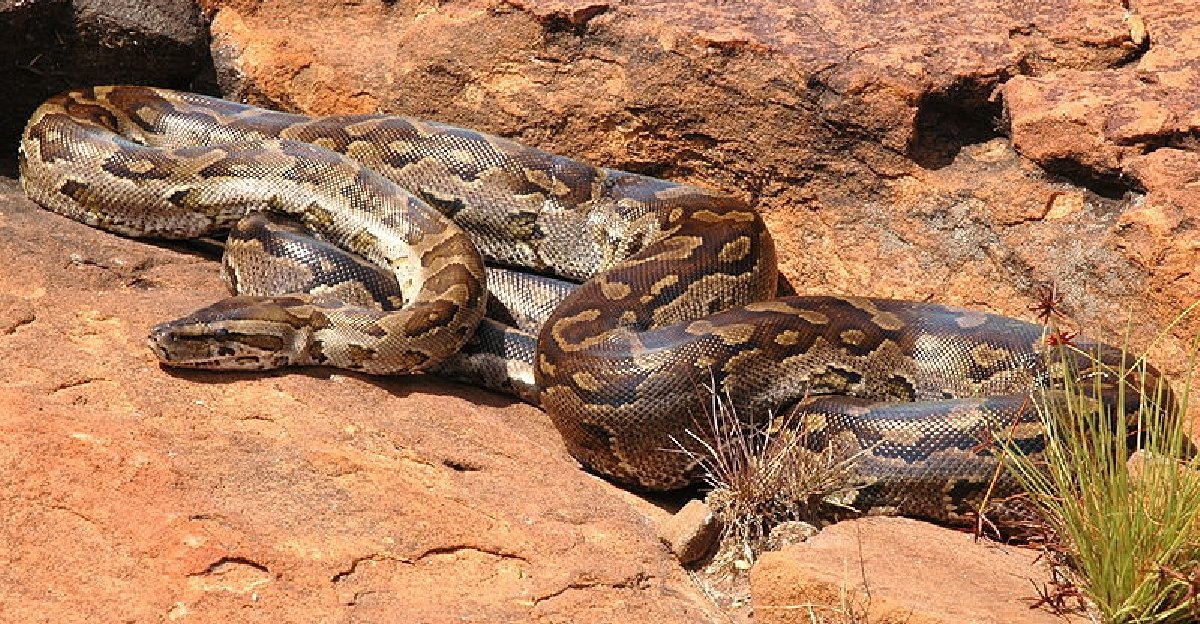 In any case, the villagers hunted down the snake. They managed to capture it and then kill it. To celebrate their success, they slaughtered the python. That was when they got shocked by what they saw inside its belly.

When the villagers cut the python’s belly and pulled back the its scaly skin, they were taken aback by the sight of dozens of eggs.

The pregnant python had dozens of eggs inside it. 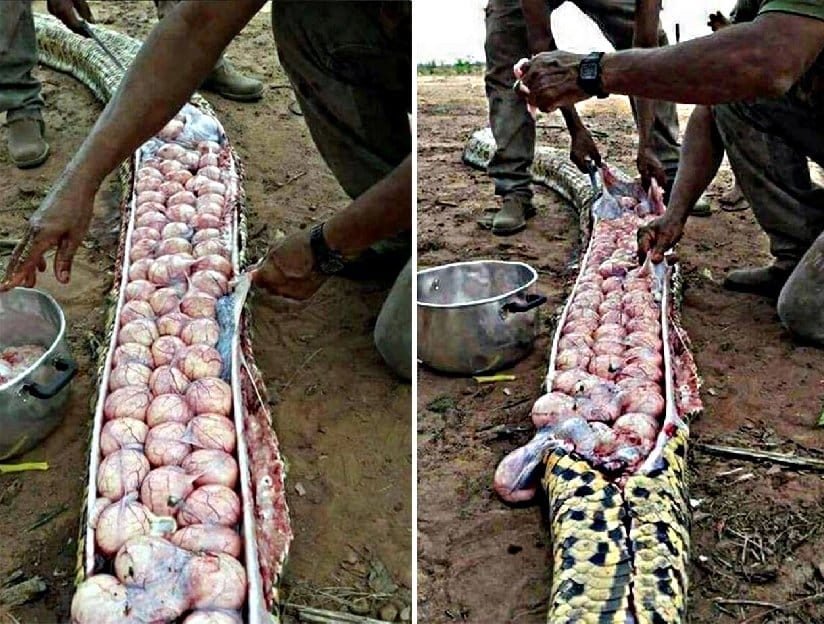 Source: CEN (via The Sun)

The pink eggs, which had veins visible, were packed tight inside the belly of the python. The sight looked like something out of a science fiction or monster movie. Naturally, people lost no time taking pictures of the eggs bulging from the dead python’s belly.

People had extreme reactions to the sight. Some expressed compassion for the python, which was wrongfully tagged as the creature that ate the calf. Meanwhile, several people said they were relieved that the python was killed before it could lay eggs.

Just imagine if all those python eggs had hatched. 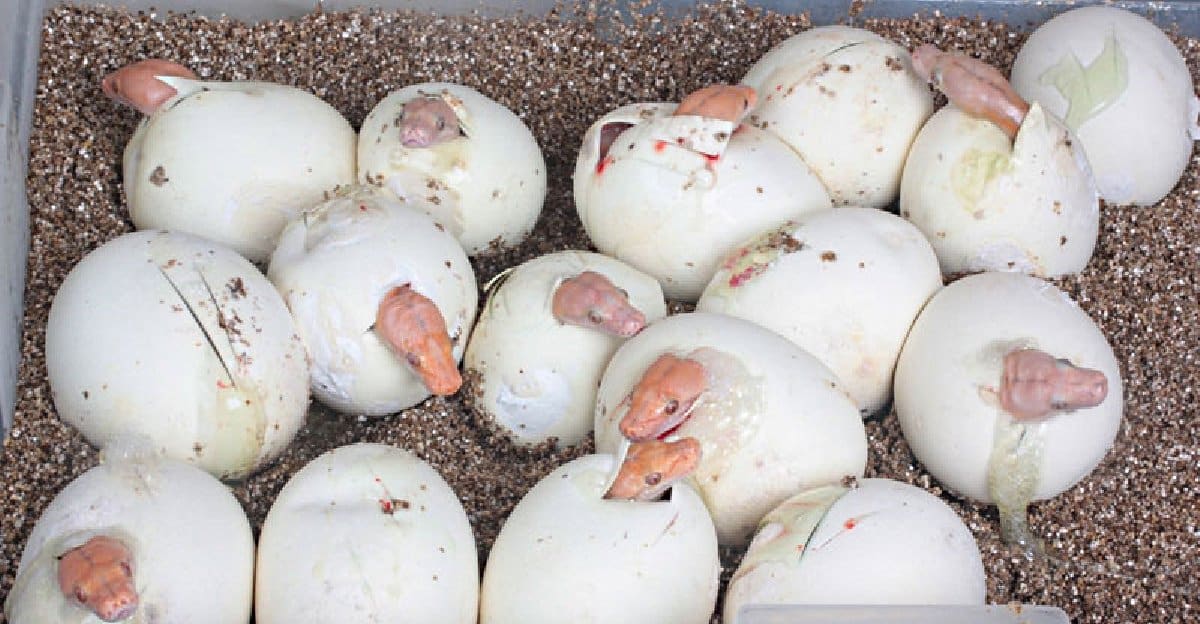 It so happens that snake eggs are considered a delicacy by Nigerians. As such, the dead python’s eggs were scooped out by the locals who slaughtered the animal.

The reports about the incident don’t specify the exact number of snake eggs harvested from the python. However, studies have proven that “many snakes can produce up to 100 eggs at a time.”

In Nigeria, snake eggs are considered a delicacy. 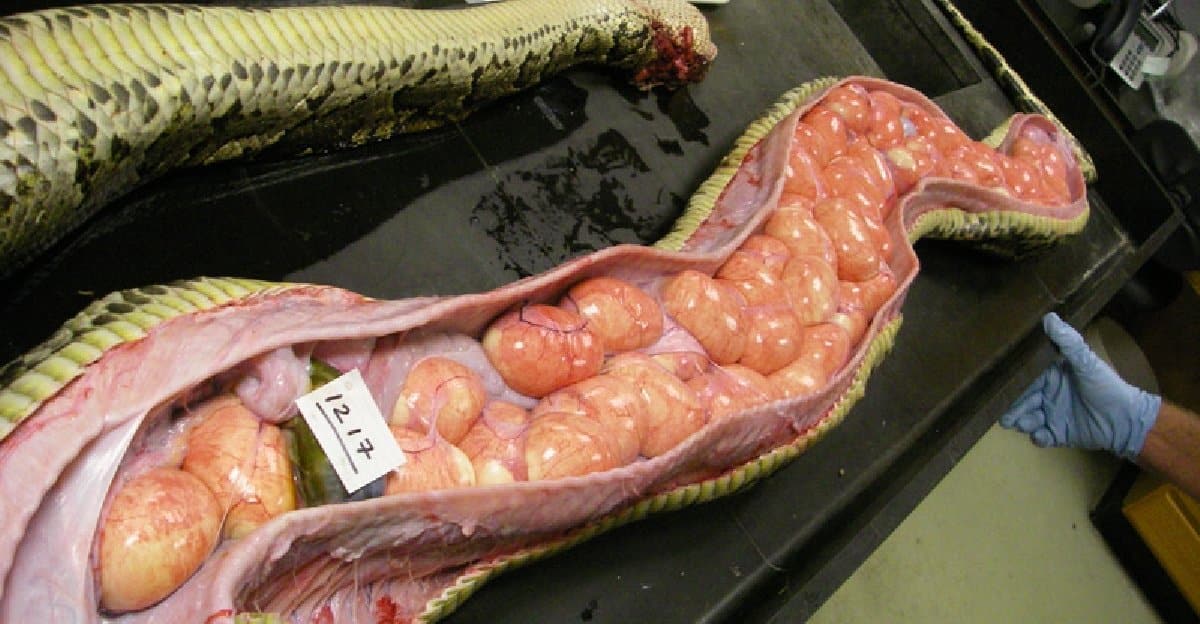 Just imagine if the villagers had 100 more pythons to deal with. 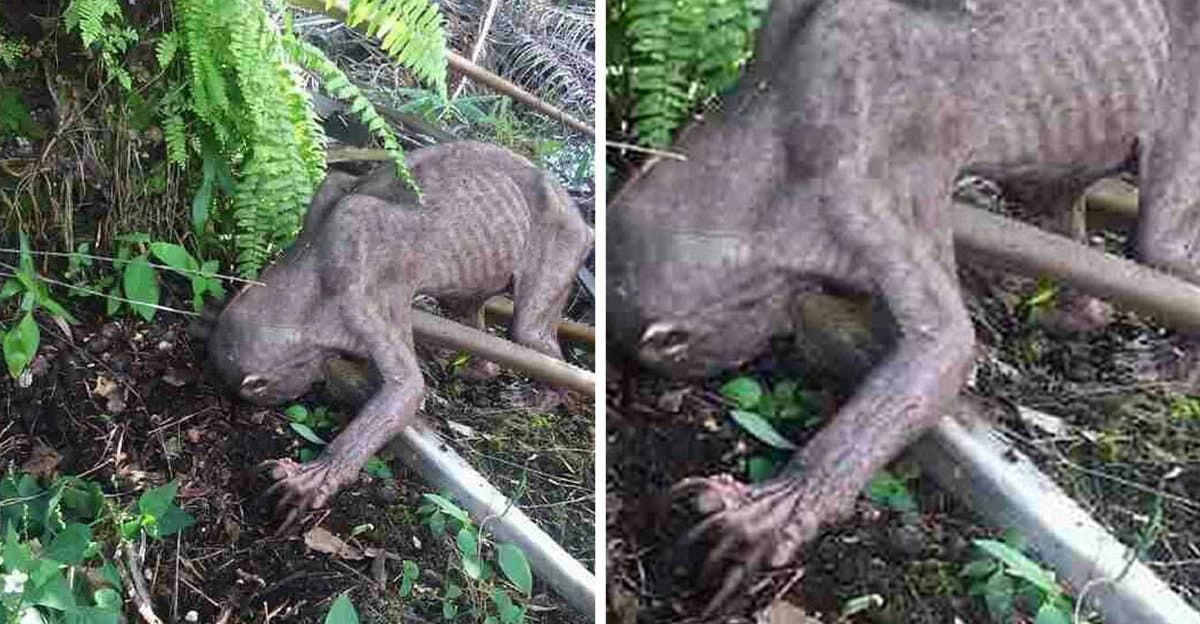