I really don’t want to be judgmental about girls – I’m sure there are still a lot of good ones out there – but watching gold digger pranks on YouTube really makes me feel bad.

How come some of the most snobbish girls instantly turn friendly at the mere sight of money or, as in the case below, a luxury car? Are they that desperate to get hooked up with someone rich and famous? So money is the only thing that attracts them?

This prank video from RiskyRobTV exposes yet another gold digger in a very interesting way. In the first part of the social experiment, you will see Rob approaching a hot girl to introduce himself. The woman never showed any interest despite his several attempts to invite her for a drink or something. Besides, he tells her, he’s in the area for just a few days and he wants to meet some nice ladies.

In a social experiment, prankster RiskyRobTV introduced himself to a hot lady. She told him to “f**k off!” 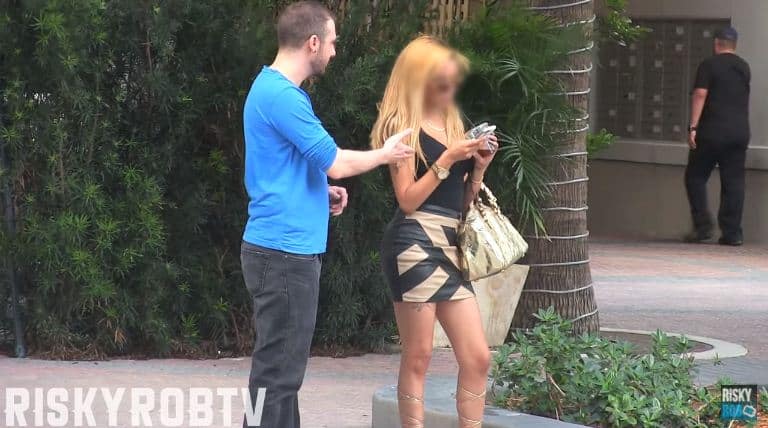 After getting rejected, Rob then asked a guy to get his car for him and in a few minutes, a stunning white Corvette was parked in front of him.

Moments after his rejection, a Corvette stopped by for Rob – much to the woman’s amazement. 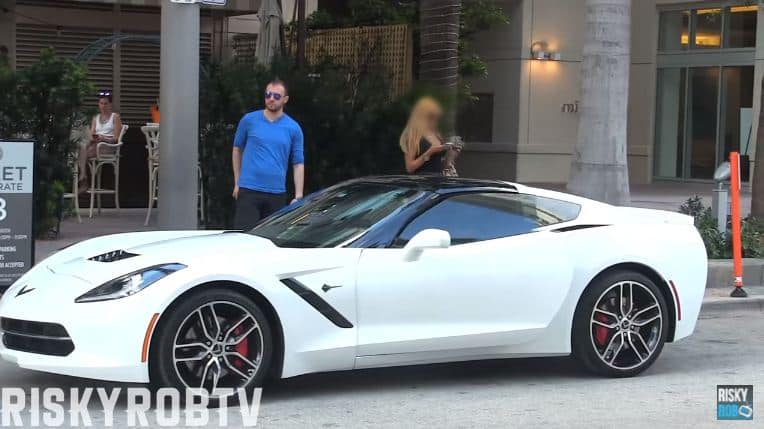 The unnamed girl, on the other hand, started to sing a different tune.

She began apologizing to Rob for how she treated her earlier, compliments his ride, and then, all of a sudden, she tells him she wants to go out with him. Jeez!

Now the hilarious part of the prank was when Rob told her to wait a while as she got something from the back of the car. He then handed her a golden shovel and bluntly said she deserves it because she’s a gold digger! The girl managed to slap him in the face but he laughed it off as he drove away and left her there on the street.