How often do we see two large and deadly snakes fighting on a busy street? In my case, never.

However, recently, an unusual battle occurred between a reticulated python and a king cobra near the Nanyang Technological University (NTU) in Singapore.

The stunned locals watched as the snakes fought ferociously for about 30 minutes. Each tried to conquer the other using their innate strategies.

The cobra tried to inject its venom on the python using its sharp fangs. 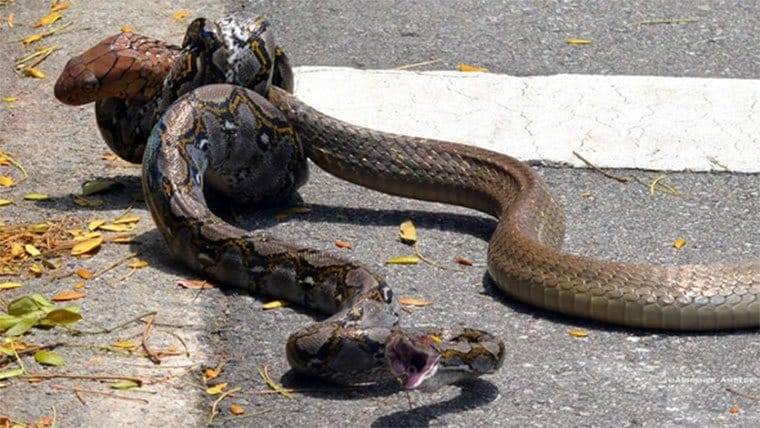 While the latter used its strength to constrict its opponent. 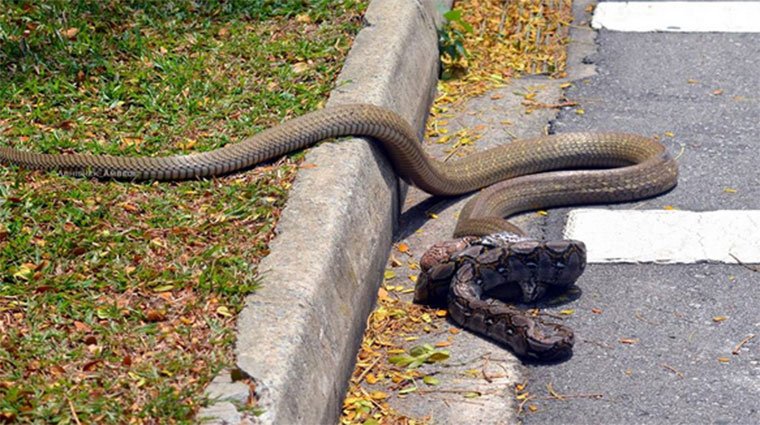 Neither of them wanted to surrender. 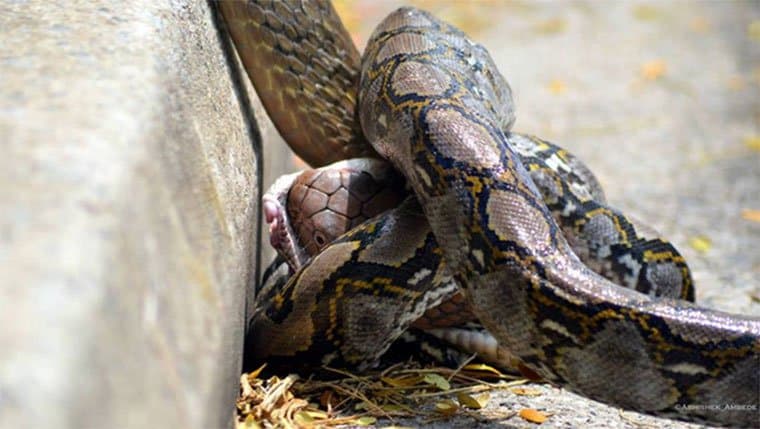 But soon, members of the pest control arrived. The cobra escaped to the bushes, but not before it injected the python with its venom. 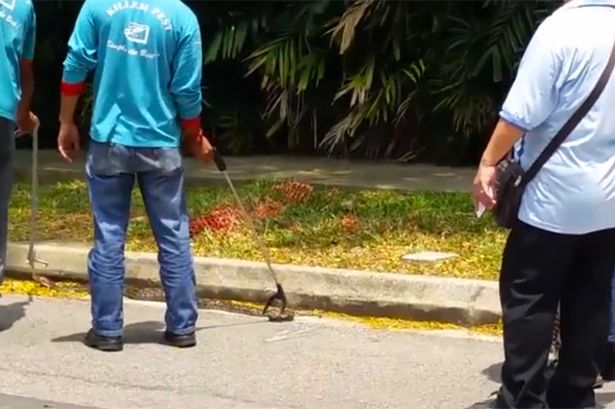 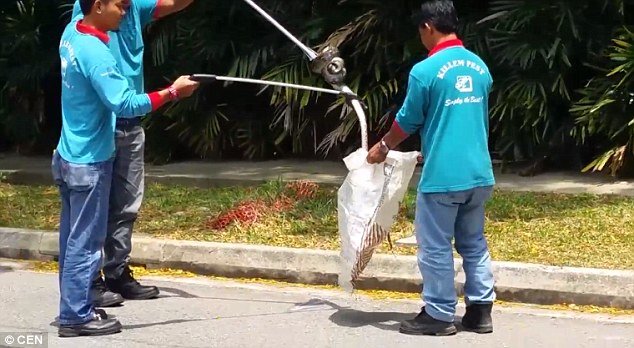 The NTU pest control team captured both snakes; they released the python back to the forest and kept the cobra in a zoo a few hours after it escaped. 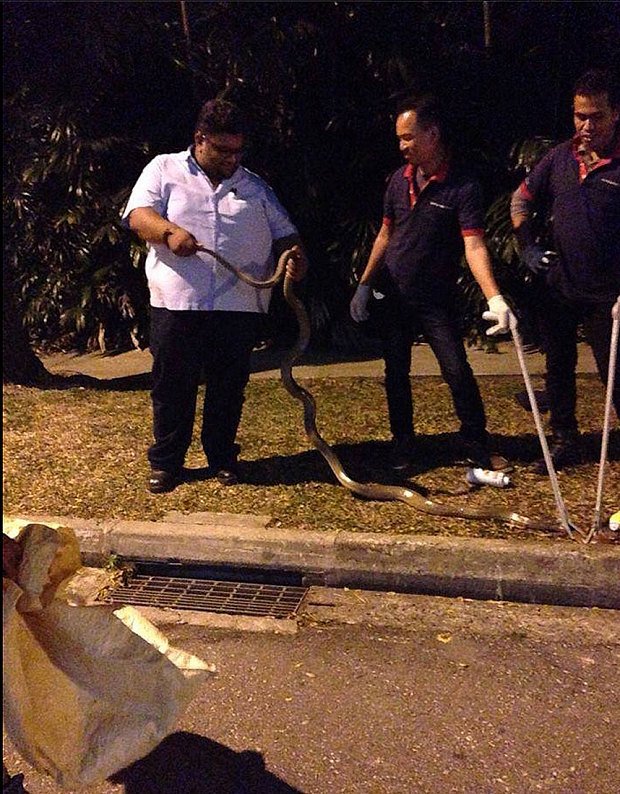 Sadly, due to the injury sustained by the python, the team believes that it may not survive very long.