If you’ve ever experienced accidentally locking your keys inside your car, you know how much of a hassle that can be.

For the most part, you will have to rely on the help of experts to solve your problem. You’ll probably consider calling some roadside assistance or maybe hire a lock expert from a car repair shop.

Or you can probably try the trick below.

This video on YouTube has been making rounds on social media lately. Although it was uploaded back in 2007, the 1-minute clip has somehow found new life as viewers discovered it after getting exposure from several blog sites.

The hack has earned mixed reactions from YouTube users. 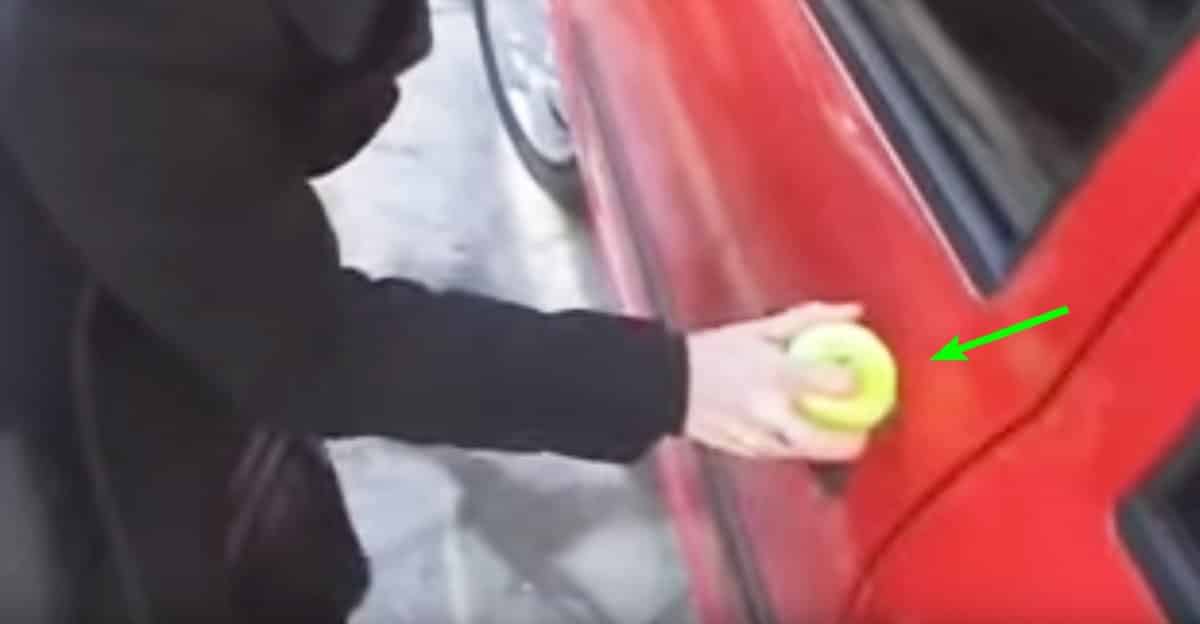 As of this writing, the video has been viewed more than 14 million times. The video has likewise attracted a mixed bag of reactions from viewers gaining over 10,000 likes and 16,000 dislikes. Moreover, it’s a wild world out there in the comment section.

You can watch the crazy hack here:

YouTube user Sean Heaney commented that the woman “basically just showed us how to rob a car.”

Hesam0000, on the other hand, said the trick “works only on crappiest cars” while davidrbecken doubted the hack entirely remarking that the real secret to the trick is to “make sure to have someone close-by with a remote to unlock the door as you squeeze the ball!”

WrongRealities said the hack is “not possible” while Dwight Stegall reminded “smart people don’t get locked out in the first place. They carry one set of keys in one pocket and another set in another pocket for safekeeping. Since everyone makes backup files why don’t you have backup keys?”

What do you think of these hack, guys? Is it possible or not? Hit us up in the comment section in case you gave this a shot.