It may sound surprising to some people, but bells and cannons are like siblings. Both are made of the same type of metal, and most of the time, the same metal itself. Historical accounts reveal that bells were melted and made into cannons during wars, and cannons were melted and made into bells in times of peace. So, it would not be unusual to find the best specimens of each featured in one place in Moscow, Russia.

Measuring at 6 meters in height and 6.6 meters across, and weighing in at approximately 202 tons, the Tsar Bell is considered to be the largest bell in the world. The bell, decorated on the surface with images of baroque angels and saints and almost life-size images of Tsar Alexey and Empress Anna, was never used. There were three attempts at constructing the bell, and each attempt was met by unfortunate events.

The intricately designed Tsar Bell was cast in the 1730s. 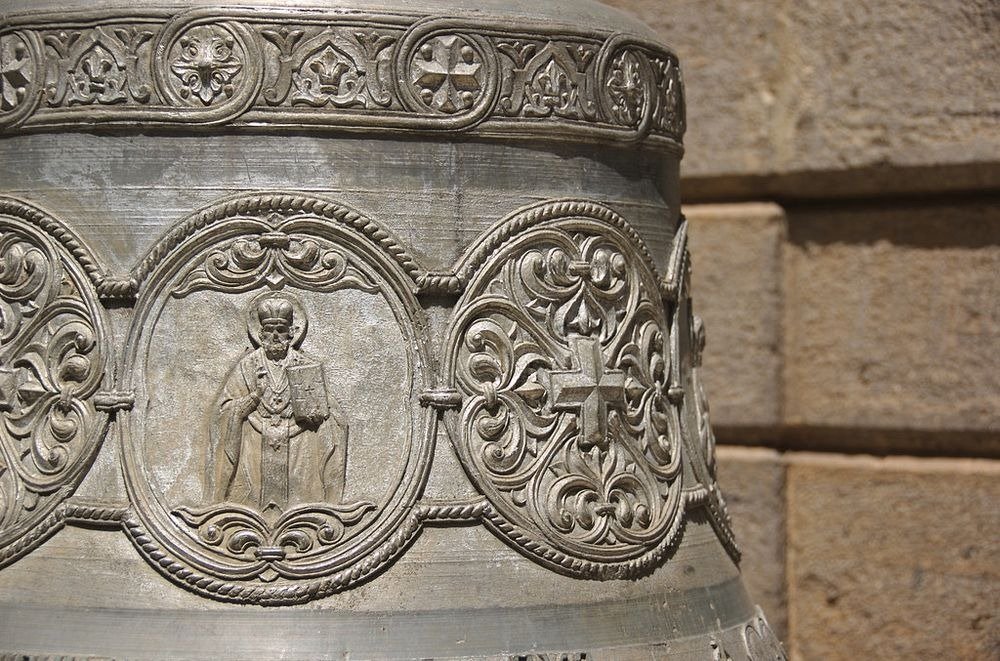 It is believed that if the Tsar Bell is rung, its sound would be heard at a distance of about 50-60 kilometers. 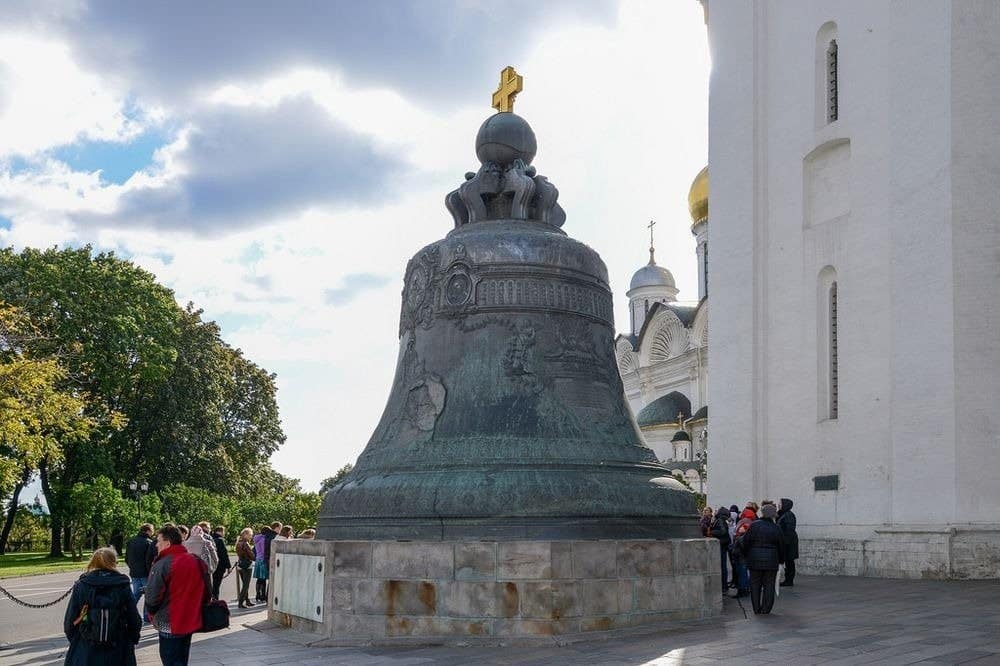 Originally, the bell was smaller than the one currently on display in Kremlin. The bell, which was approximately 18,000 kg in weight, fell to the ground during a fire and was reduced to a pile of several broken pieces. The second Tsar bell, which was heavier and weighed about 100,000 kg, was created using the remnants of the original and smaller bell. Unfortunately, its construction was never realized as it was destroyed in another fire before completion.

The Tsar Bells can be found between the Kremlin Wall and the Ivan the Great Bell Towel. 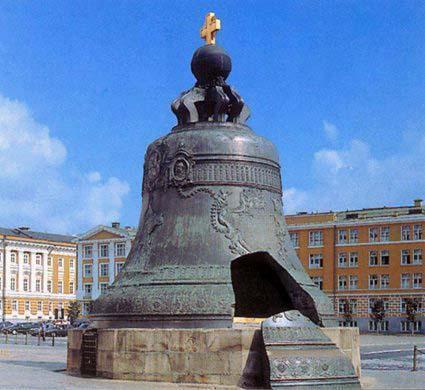 The third bell, which is the present-day Tsar Bell, also met another unfortunate incident. To create such massively-sized bell, an equally large pit must be dug to accommodate its size. It took two years to cast the bell, but while cooling, another fire broke out. The guards feared that the flames will damage the bell so they poured cold water over it, causing the metal to crack. Consequently, a huge chunk broke and fell off. After about a century in the pit, the bell was raised and was placed on a pedestal in Kremlin.

The slab that fell off weighs about 11 tons. 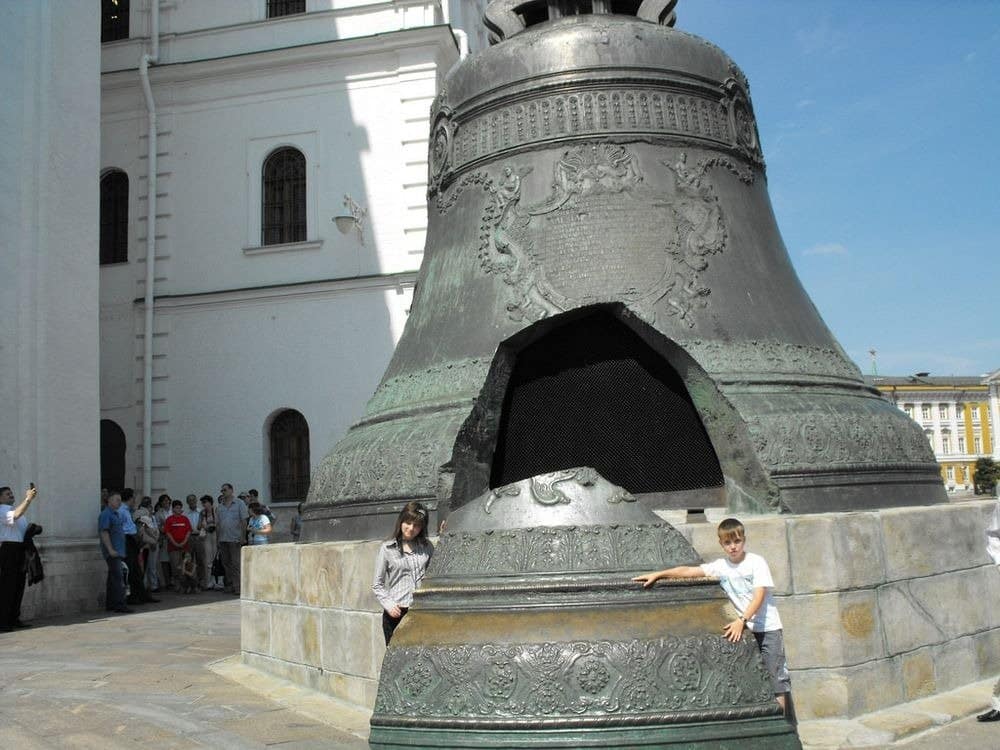 Another colossal structure that can be found in Kremlin is the Tsar Cannon. Weighing at about 40 tons with a caliber of 890 mm, it is considered to be the largest cannon on Earth. Andrei Chekov, a master bronze craftsman, built the massive cannon in 1586 on order of Tsar Theodore I, the son of Ivan the Terrible.

The Tsar Cannon is believed to have been built to emphasize a show of power rather than for actual military purposes. 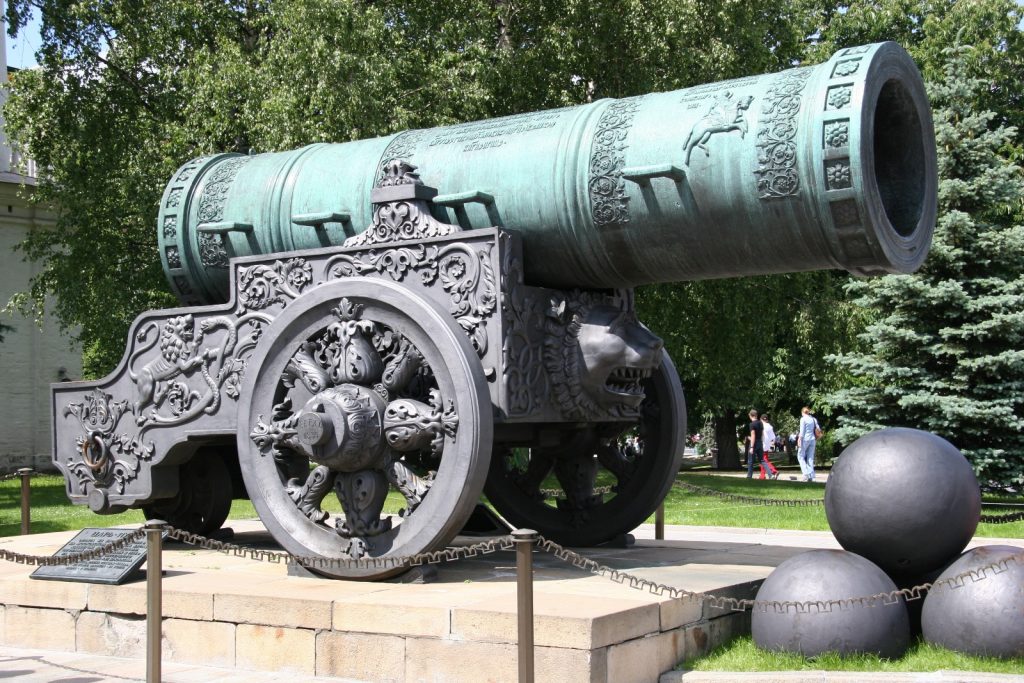 The Tsar cannon never served its purpose as artillery during a war, as its size prevented it from successfully firing a cannonball without being wrecked. Mostly, it served a symbolic purpose. However, an analysis of the structure in the late 20th century revealed that it, indeed, had been fired at least once, probably a grapeshot rather than a single cannonball.

Originally, the Tsar Cannon stood in Red Square. After more than a century, it was moved to Kremlin, to where it is erected at present. 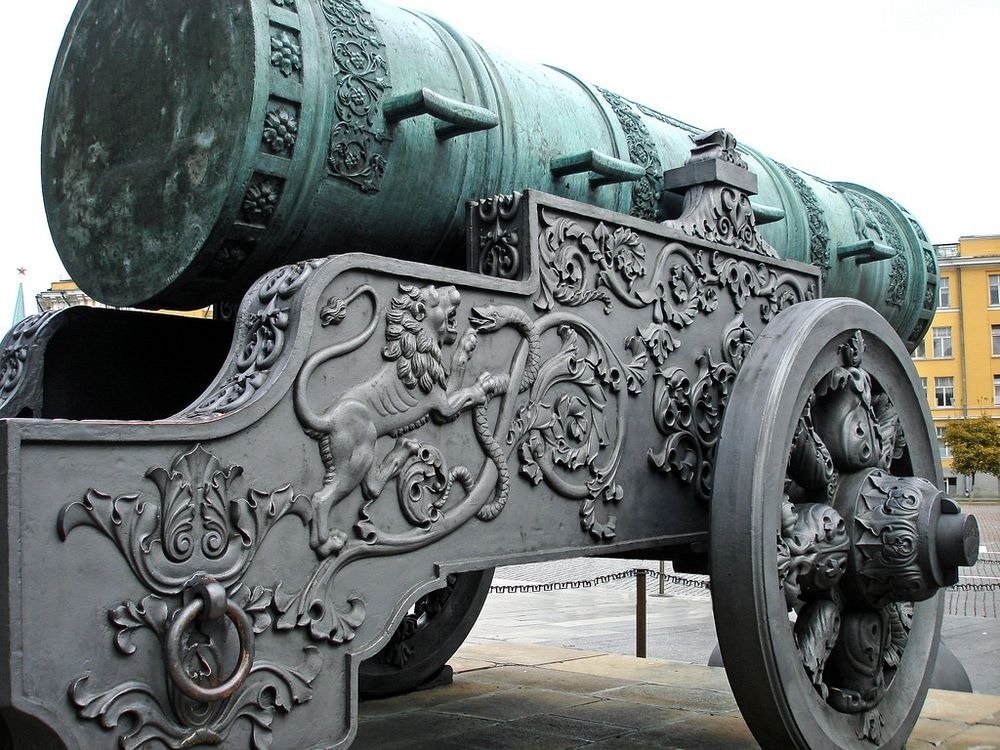 Large cannon balls, each weighing about one ton, are placed in front of the muzzle for added effect. 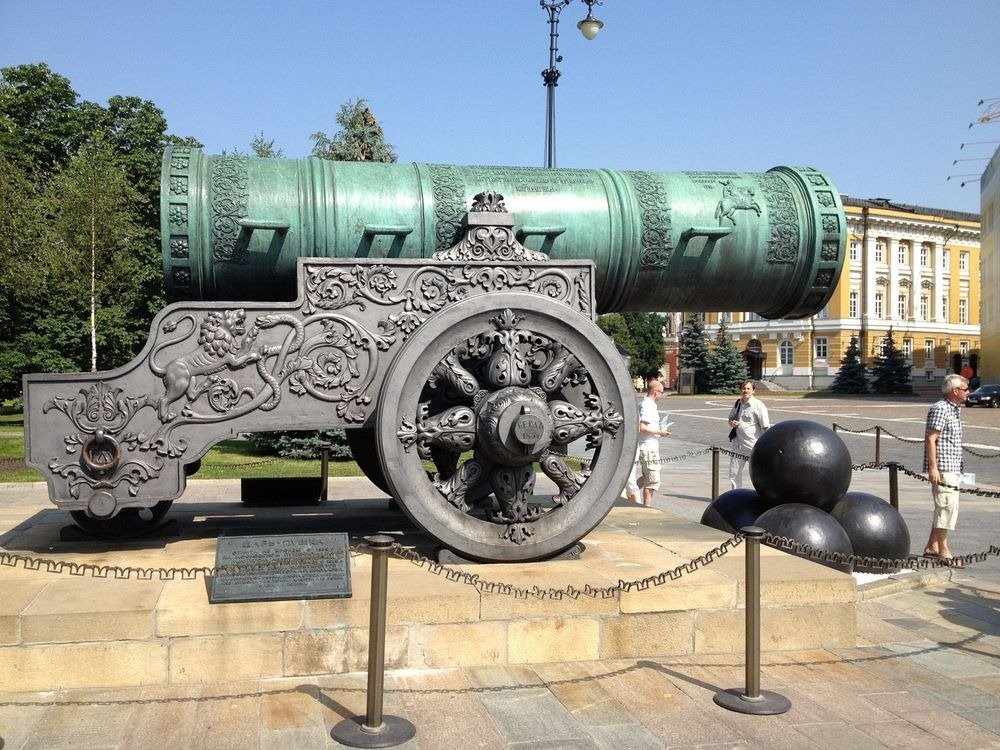