If you are a fan of dominoes – or of mesmerizing things, in general – then you will probably enjoy watching this cool video below.

Uploaded on YouTube by Hevesh5, this stunning video features her amazing skill of putting 15,000 dominoes (in perfect alignment, no less) and then toppling them off for an impressively beautiful show she calls the “Triple Spiral Dominoes.”

According to Hevesh5, she spent 25 hours spread over 8 days to build the massive structure. 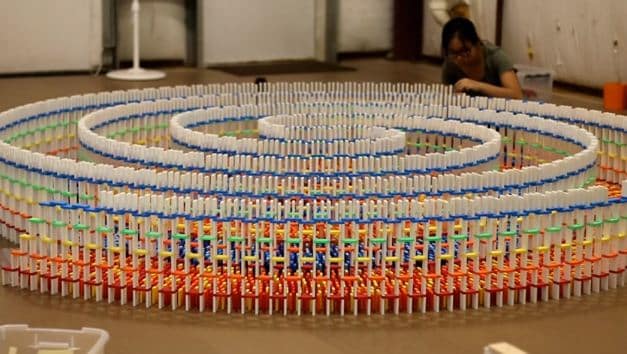 She considers it her “best project yet” and judging by the number of views it garnered, we’re inclined to assume that everyone on YouTube agrees. In fact, the footage quickly got millions of views in just a few days. It also didn’t hurt that many major websites came to check out the viral video and spread the word about it.

In the about section of her YouTube video, Hevesh5 describes herself as a “professional Domino Artist who loves to make YouTube videos.” She says she designs and builds intricate domino setups and chain reactions “for your entertainment and for commercial projects.” 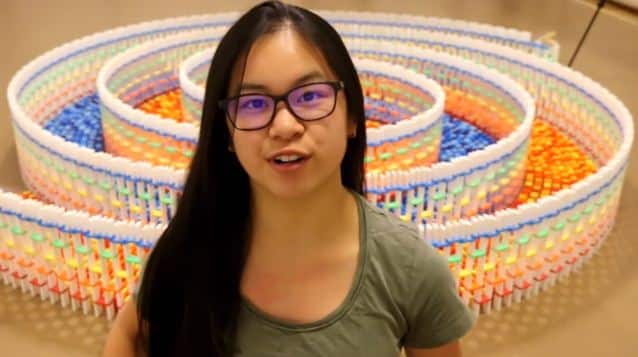 New videos are up on her channel every Saturdays so if you’re up for some visually-captivating stuff, go ahead and subscribe – like I just did.

Also, don’t forget to share this video with your social media buddies. I’m betting they’ll be impressed as well!