Videos go viral for a lot of reasons. Some became popular because of the inspirational value of the clip and tear-jerking moments, but there are a couple that gets a lot of clicks because of instant karma — we all love that.

Just take this tough guy from the Philippines, for example. He was in the mood for a fight, and he didn’t care who he will be fighting with, or where. But he would soon regret this decision. 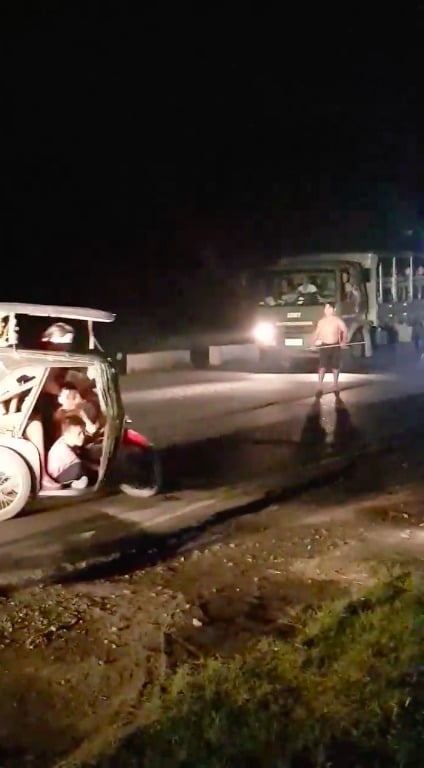 Although the video didn’t clearly show how it all started, it is quite clear that the man was not afraid to start a riot. He stood in the middle of the road, holding a shovel, and challenging everyone for a fight.

His one-person war caused traffic as car owners were afraid of his unpredictability. Since he was so pumped up for a fight, there is a possibility that he might destroy the vehicles with his weapon of choice.

One tricycle (a three-wheeled vehicle that is a common means of public or private transportation in the Philippines) with passengers didn’t want to be a part of the man’s rage and decided to take a U-turn. 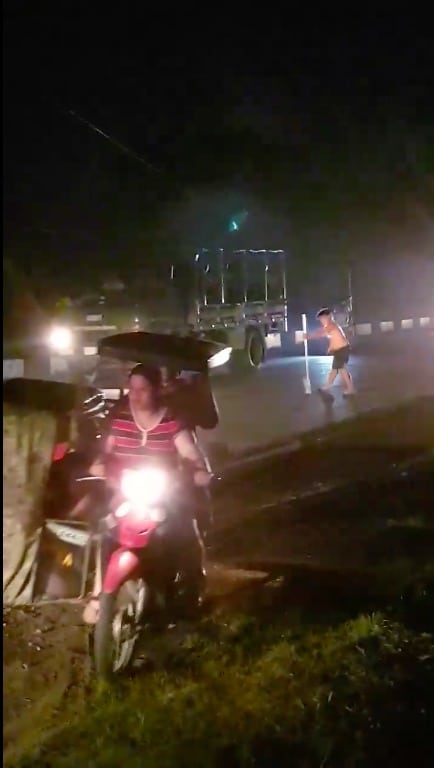 Since all vehicles were stopping because of his actions, the man felt empowered. He yelled louder for a fight while slamming his shovel on the surface of the road.

Just when he thought nobody was brave enough to accept his challenge, two trucks full of soldiers suddenly stopped in front of him, and they all went down with their rifles. In fact, they witnessed everything as they were behind him all this time without the man’s knowledge.

After seeing his opponents, the “tough” man suddenly had a reality check and ran for his life. The fears of the witnesses quickly shifted, and they started laughing at the man. 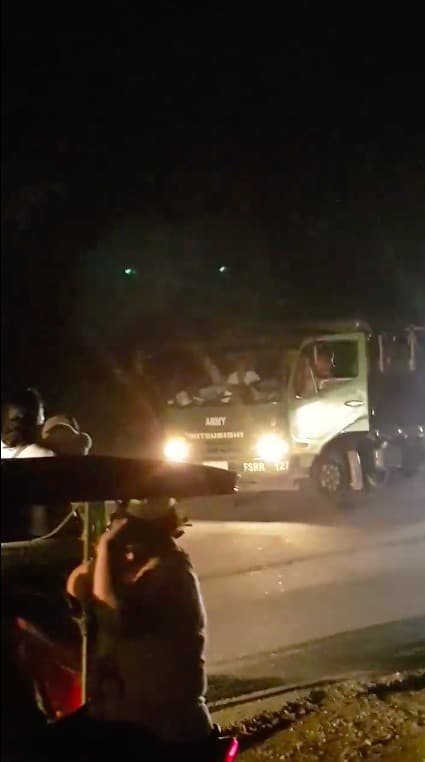 It is safe to say that he’s not as tough as he thought.