Hypnotism was one of the most popular craze back then. It was a practice that was experimented or even experienced anywhere in the world. At some point, even doctors tried to include hypnotism in their studies. It was one of the most common subjects in people’s lives and it became a daily part of newspapers across the world.

Sky is the limit in the fascinating art of hypnotism. From simply making someone forget certain things to downright controlling someone to commit a crime, here are the 10 crazy cases of hypnotism from the past. 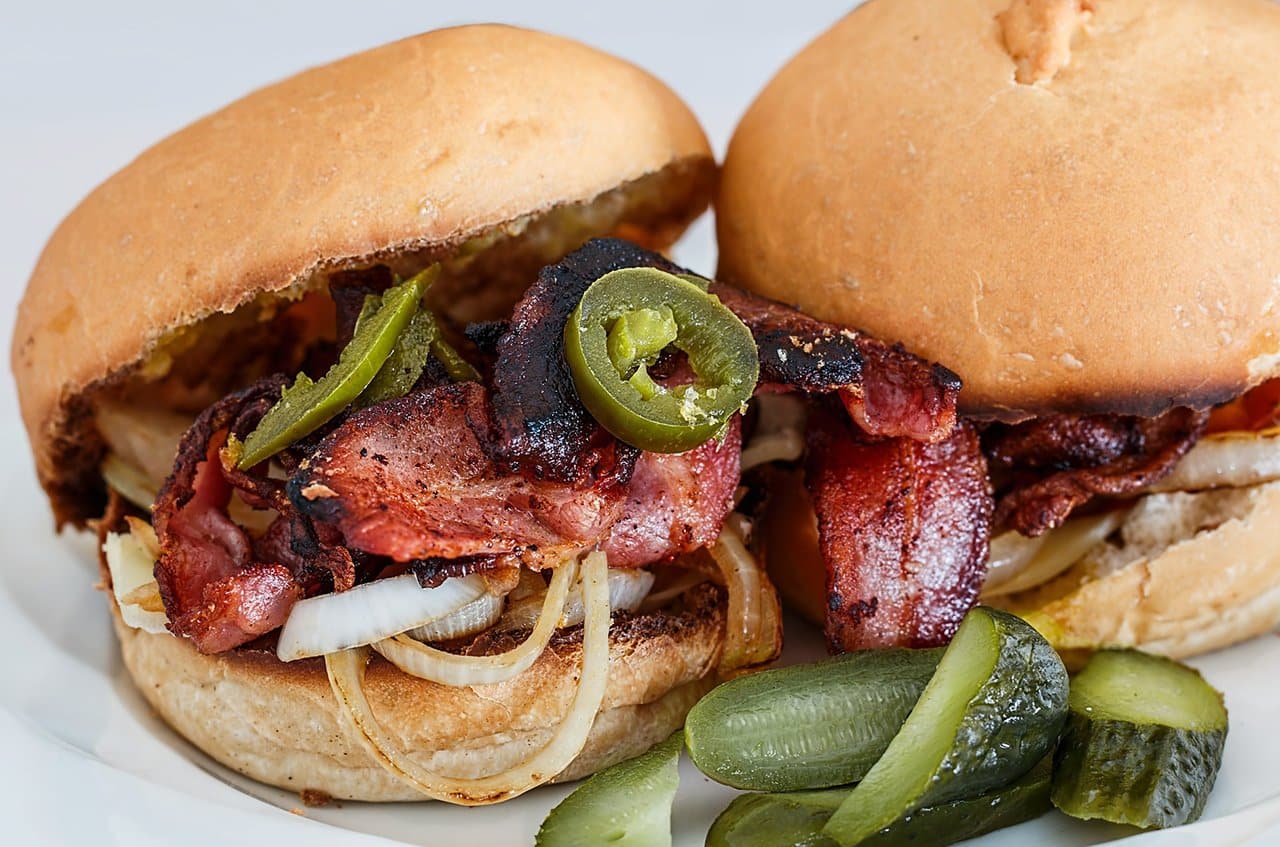 Back in 1899, a woman suffered from a stomach problem that caused her to throw up the foods she ate. She tried every single thing she could to keep her food down to no avail.
The doctors of an Austrian university tried to solve the problem by using hypnotism. At first, through hypnosis, they suggested to her that she would eat her foods and keep them in her stomach. Unfortunately, the woman still ended up throwing up her foods after eating them.

Then, a doctor thought that they could suggest to the woman to forget about the foods after eating them. Surprisingly, this method worked. 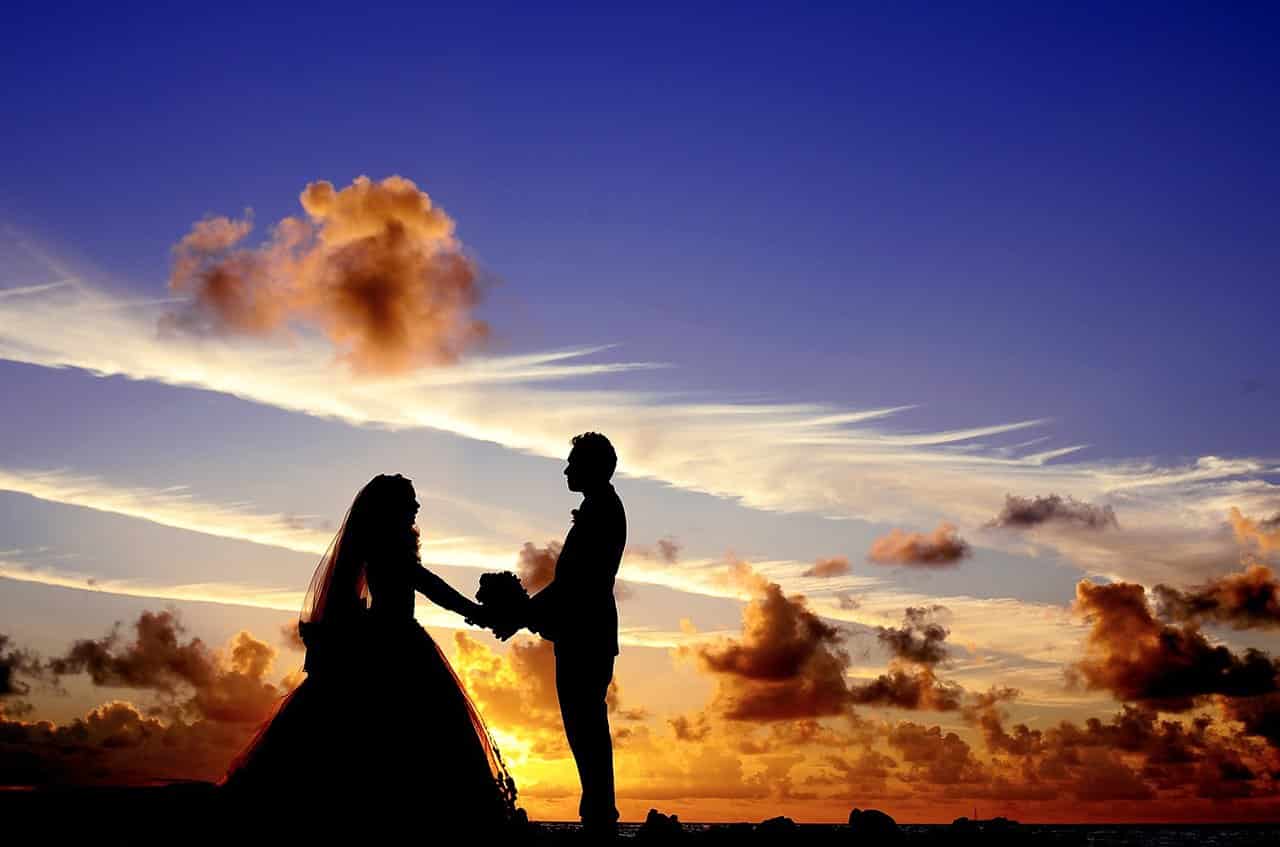 A woman accused a mysterious man of forcing her to marry him through hypnotism in 1897. The man accused was B.M. Main, a professional hypnotist, palmist, and phrenologist.

Despite being engaged to another man already, she stated that Main managed to force her on marrying him against her own volition. Upon discovering what happened, the woman’s furious family filed charges against Main. 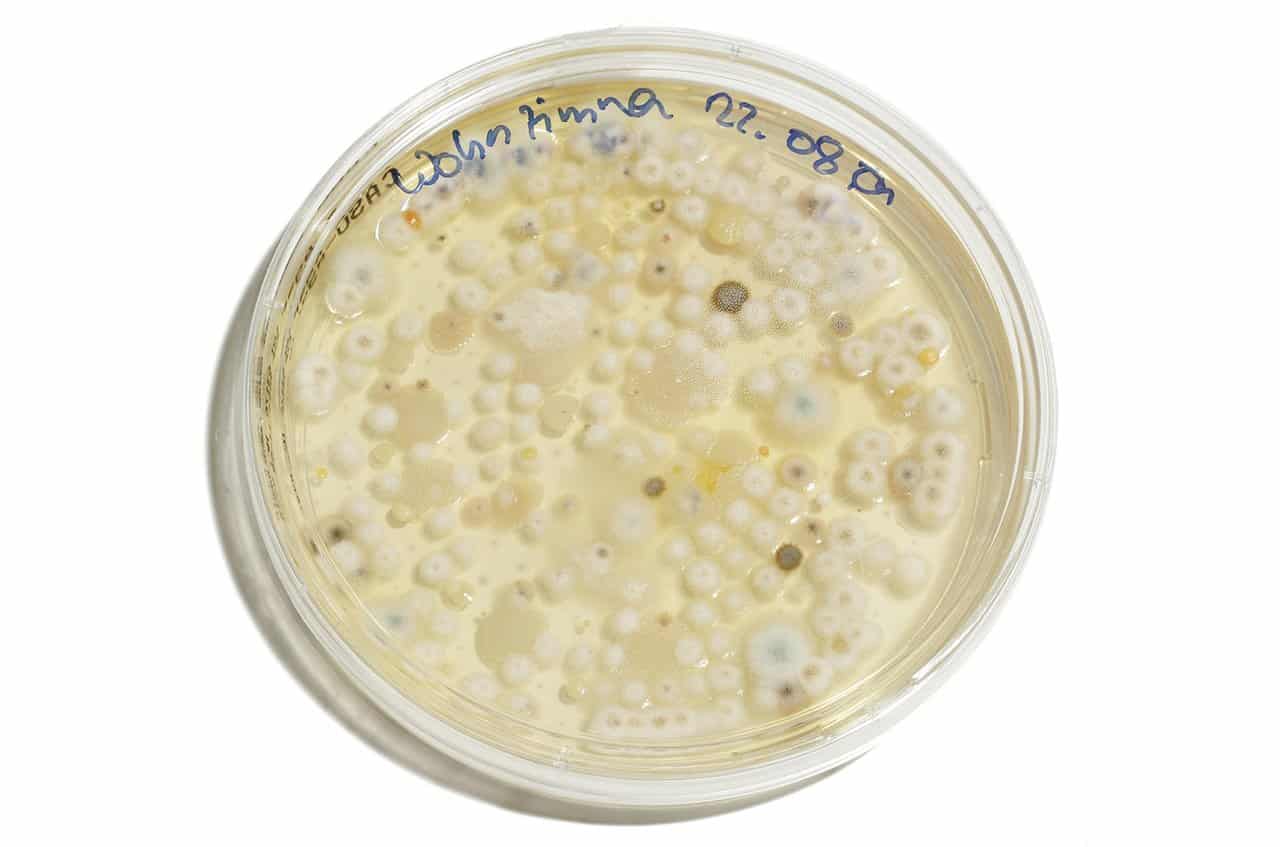 In 1953, Mr. Richard De Silva from the Ceylon Medical Research Institute decided to use hypnotism on bacteria.

De Silva prepared bacteria on two plates. In one of the plates, he said,

He then placed the two dishes in an incubator. 24 hours later, the hypnotized dish contained fewer living bacteria in comparison to the untouched dish.

This led him to conclude that through verbal suggestion, he was able to affect the death rate of bacteria in his possession. He presented these findings on the sixth International Micro-Biological Congress. 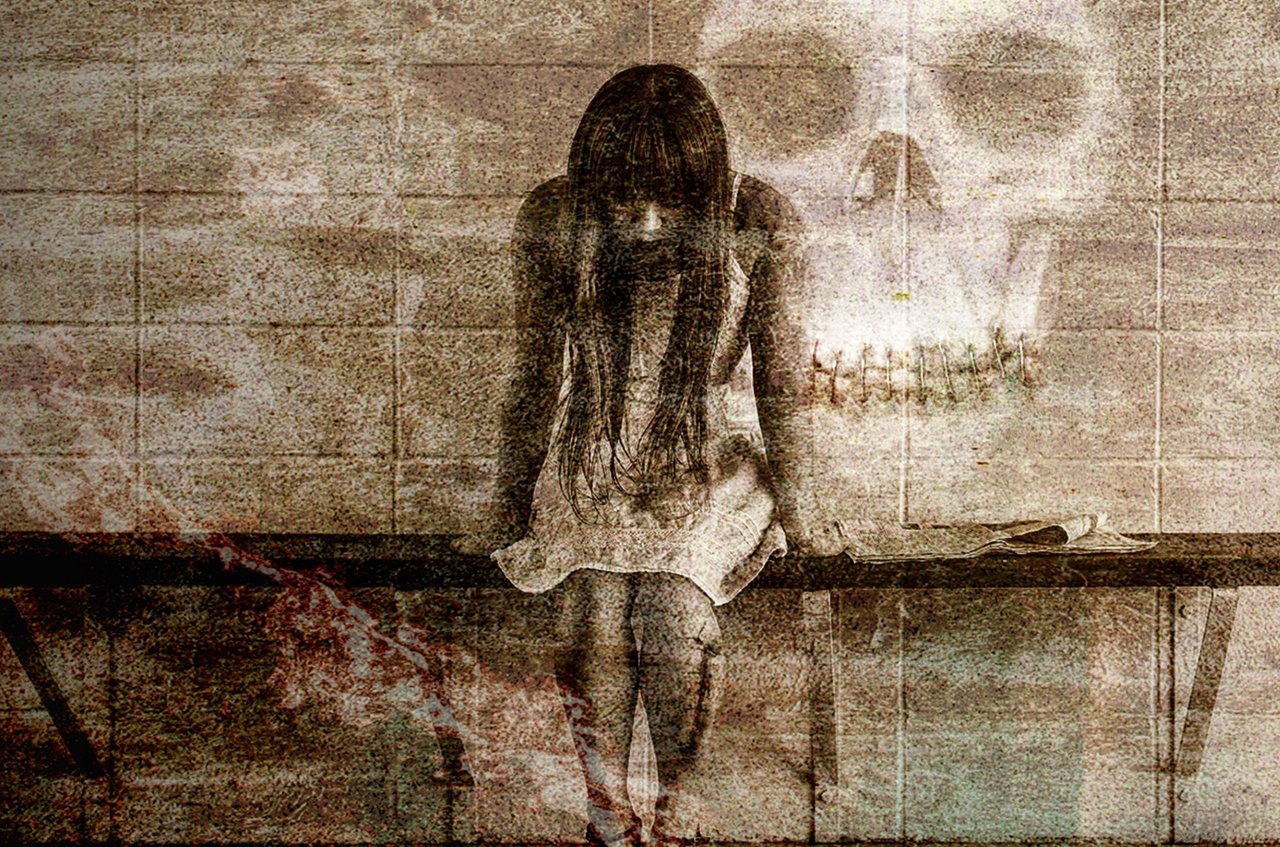 A young Hungarian woman named Ilma Szandor was a mental patient that had a history of being prone to hysterics. Unfortunately, when her disorder became known to the world of medicine, she immediately became the center of experiments involving hypnotism.

For many months, Szandor was forced to suffer torturous experiments several times on a daily basis. At one point, she was even forcefully put into painful and distressing suggestions like telling her that a pair of scissors that was laid on her arm was red-hot. Since she was under a deep hypnotic state, the action ended up with her having blisters that took several months to heal.

After the cruel experiments, Szandor was left mentally unstable, broken, and clinically insane. 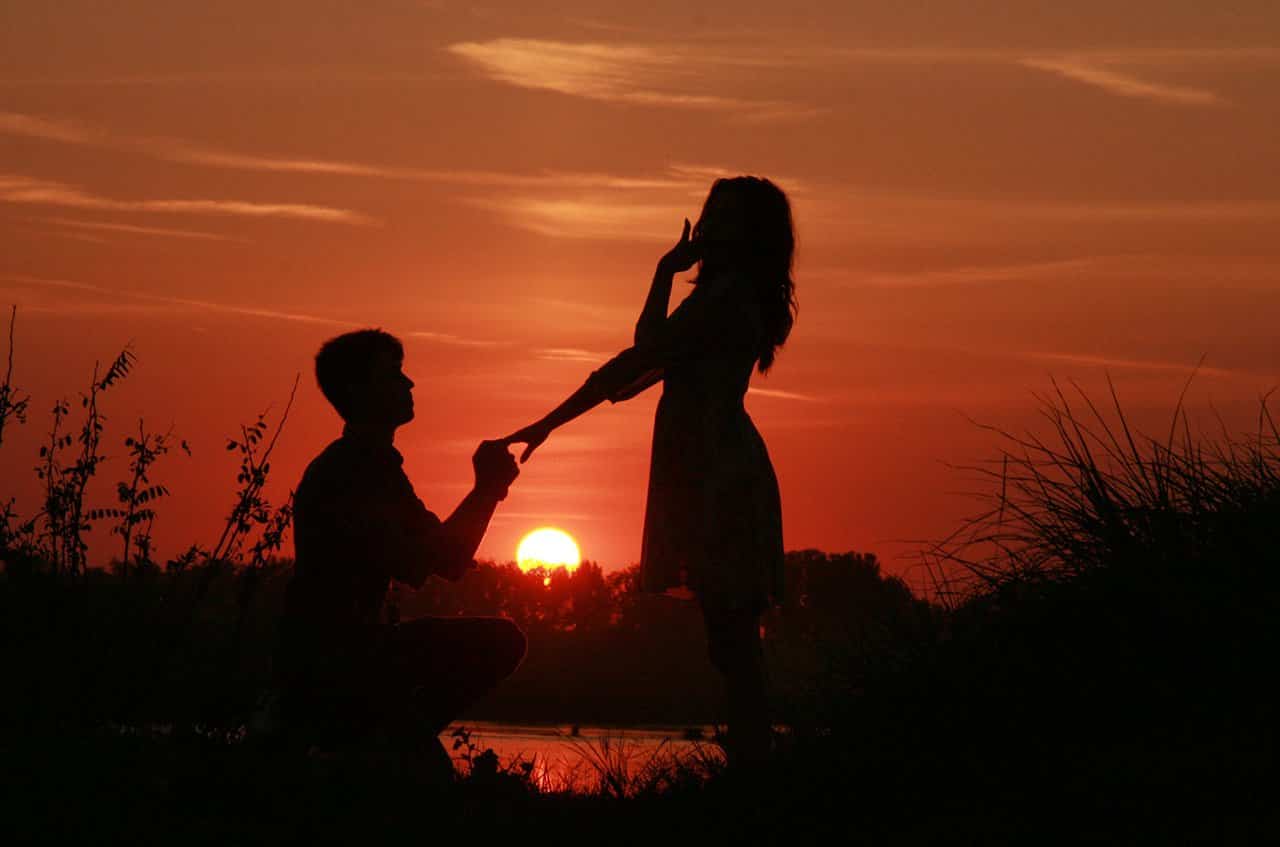 Back in 1903, a Milwaukee man named Martin Case filed a complaint to the court. He stated that a woman named Miss Ormond used hypnotism in order to seduce him.

It all started when Case hired Ormond as his housekeeper. According to the reports, he only felt love toward her whenever she was around him. He also claimed that her letters contained hypnotic suggestions. Later on, Ormond forced Case to marry her. After refusing for several times, he still ended up caving in to her desire when she sat upon his knee and stared deeply into his eyes.

Case claimed that he hated Ormond whenever she was not around. He said that he desperately wanted to be free of the woman’s grasp. Unfortunately, hypnotism prevented him to do so.

A judge granted Case the protection he needed after a lawyer successfully proclaimed that “Case’s mind was seriously affected by some strange influence, and he was not responsible for his actions.”

5. Experimented On His Students 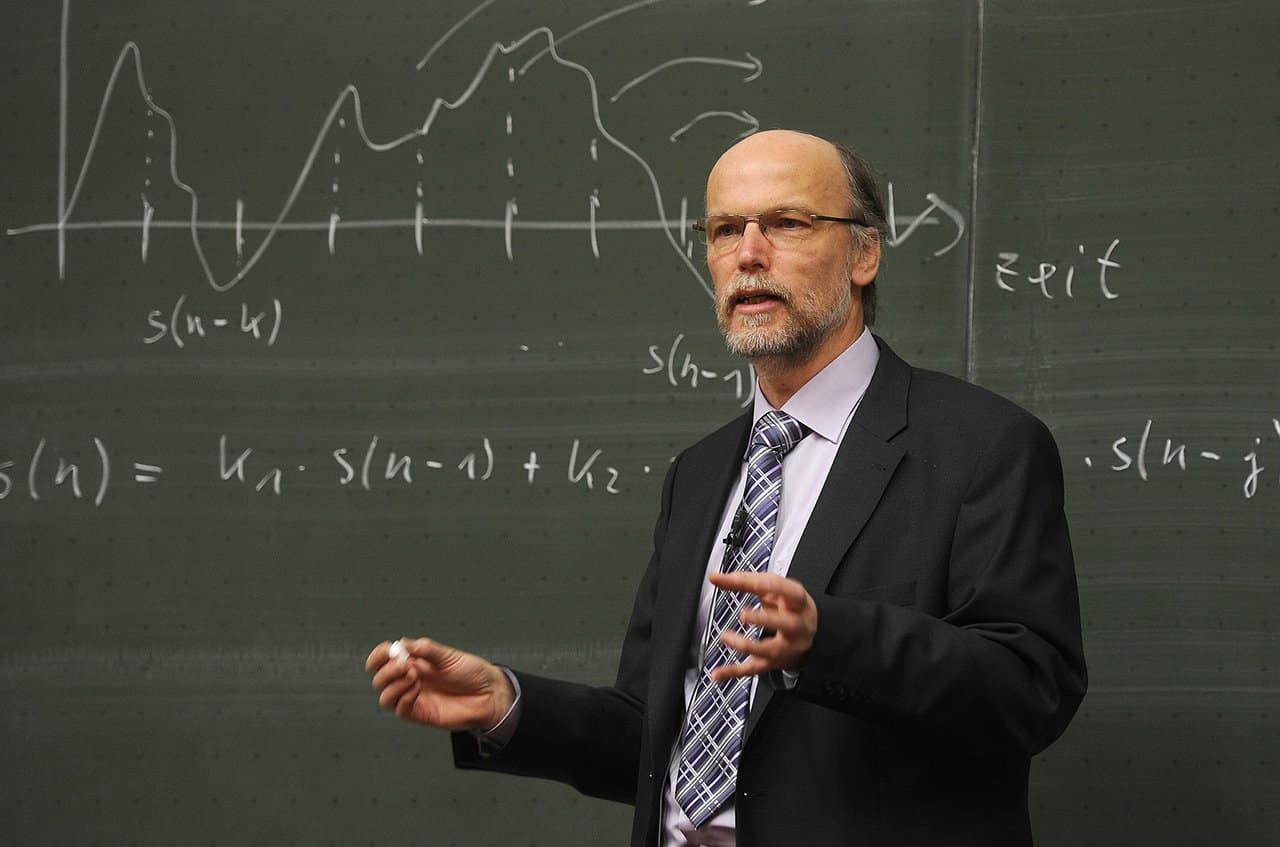 Meanwhile, a Berlin schoolteacher named Boennecker decided to use hypnotism on his students in 1912. While under his influence, he told his students that they were not to talk about hypnotism to anyone. He also told them to always be truthful and polite. Unfortunately, he didn’t realize that the hypnotism he conducted did not work on some of his students. These children immediately told their parents later on about their teacher’s strange activity.

Boennecker was arrested later on and spent 10 days in prison for his poor judgment. 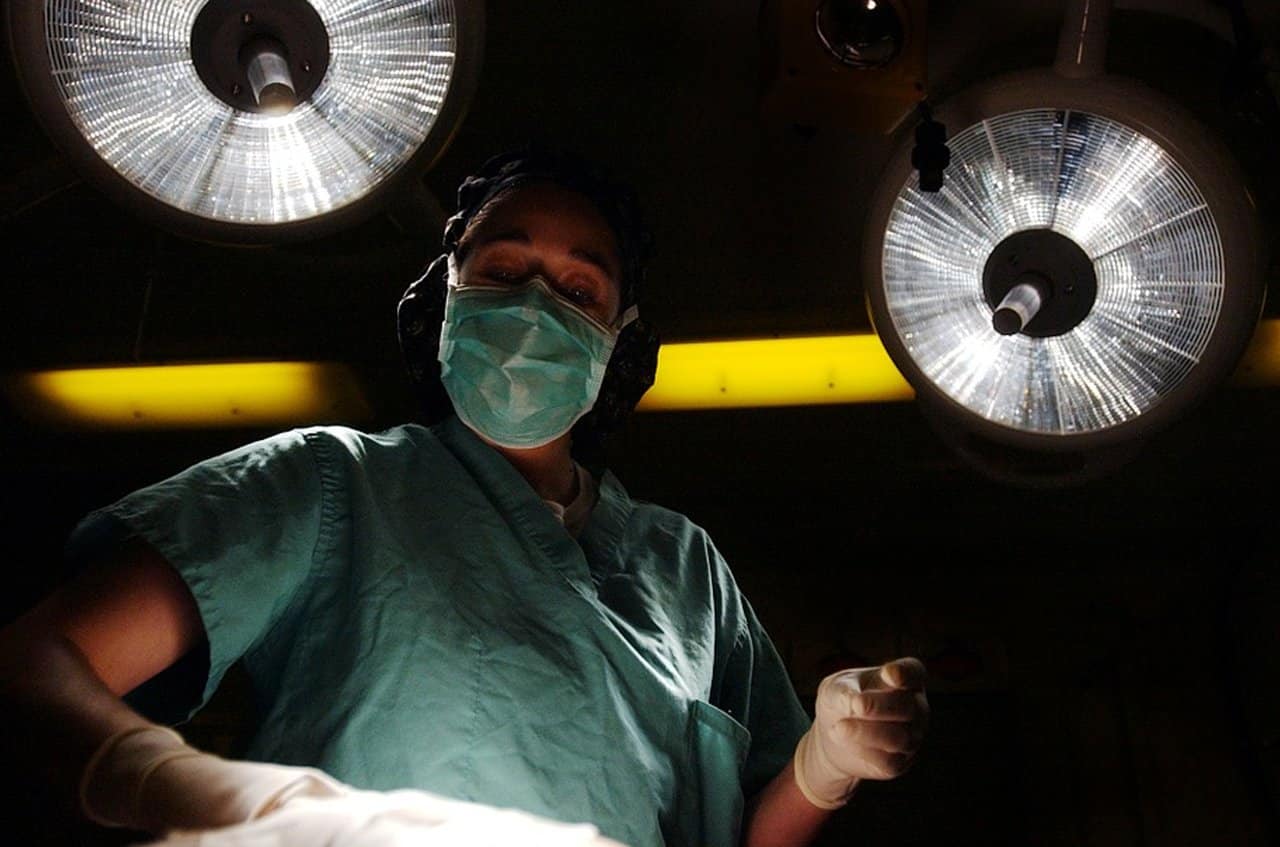 A.J. Clark was a well borer who got involved in a horrific accident that ripped the skin off the back of his hand. He was immediately taken to the hospital in order to put him under a surgery.

Clark unexpectedly refused the chloroform that would be used to ease the pain and instead, asked the doctors about the duration of the surgery. Upon learning that it would take 1 hour to repair his damaged hand, Clark closed his eyes and fell into a deep sleep. 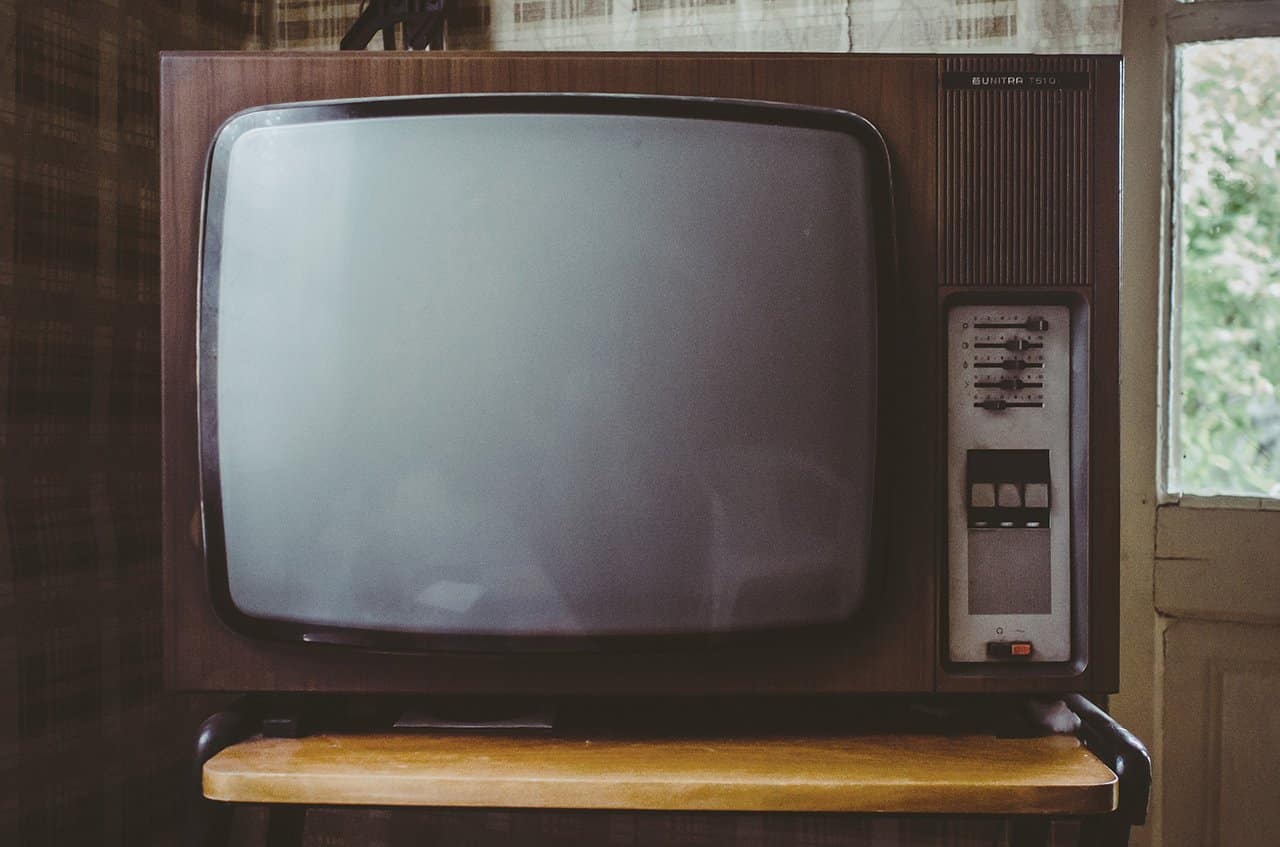 Hypnotism’s popularity back then reached the point where networks even planned to broadcast it in television. In 1946, BBC decided to hire a hypnotist to perform in front of a camera.

The hypnotist performed inside a closed studio in order to prevent it from affecting anyone. Afterwards, they tested the recorded program on 12 staffers which ended up driving five of them to sleep. They tested it again on another batch of staffers. This time, four viewers fell asleep, with two of them extremely deep in hypnosis that they were forced to use hypnotism to wake them up.

These tests drove them to conclude that broadcasting a hypnosis session on air would be extremely dangerous. 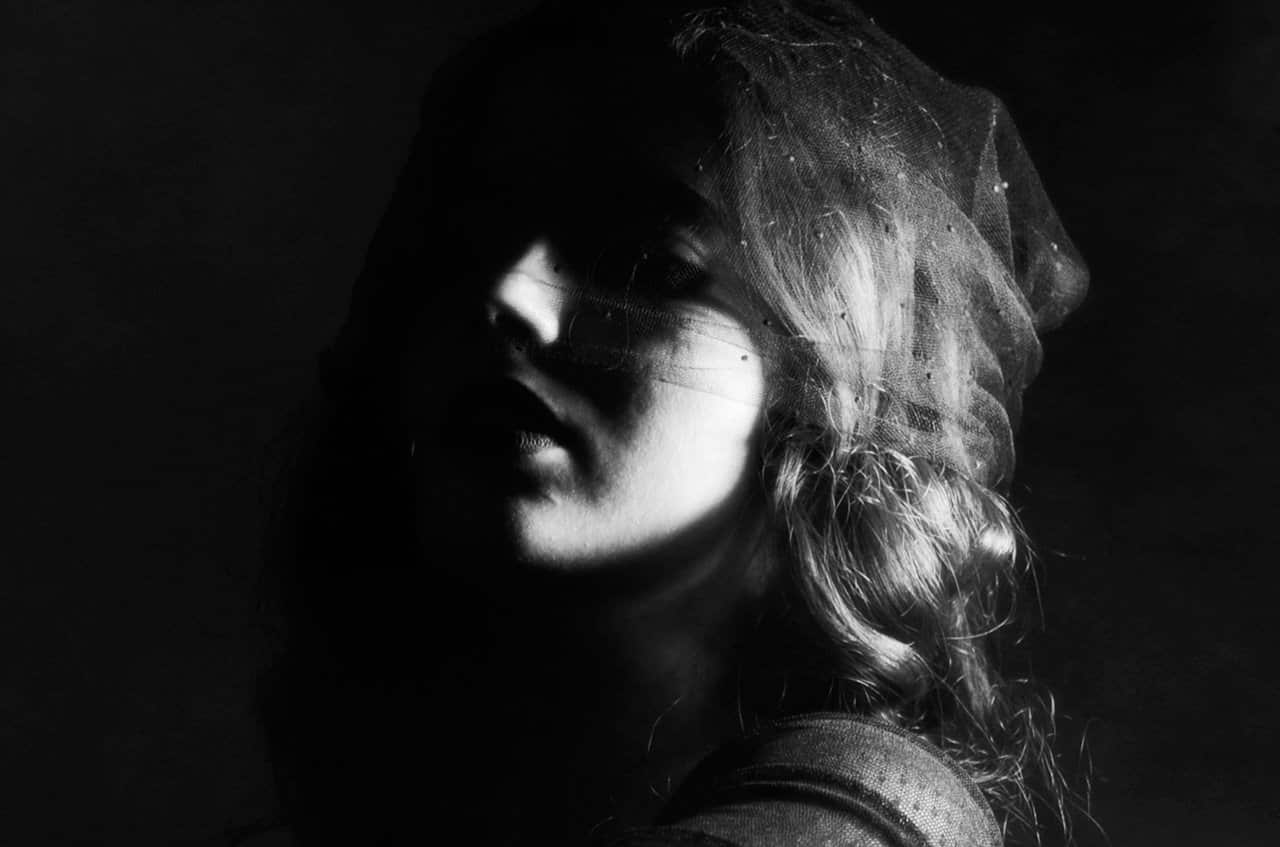 Back in 1900s, there were a lot of instances where the alleged suspects would state that they were under the power of hypnotism the entire time they committed a crime.

One notable example of this was a case in Germany back in 1923. According to Listverse, a woman named Paula Boden stated that she was hypnotized by two men to steal appliances from the Rontgen Institute that worth a total of seven million marks.

When captured, Boden stated that everything that she did the entire time was against her will. Upon examination, the doctors concluded that there was a possibility that she had undergone hypnosis when they committed the crime.

Boden’s alibi strengthened when the two men admitted that they hypnotized other women back then. However, they also stated that they did not use hypnosis on Boden.

The judge deemed Boden innocent, and the two men were imprisoned. 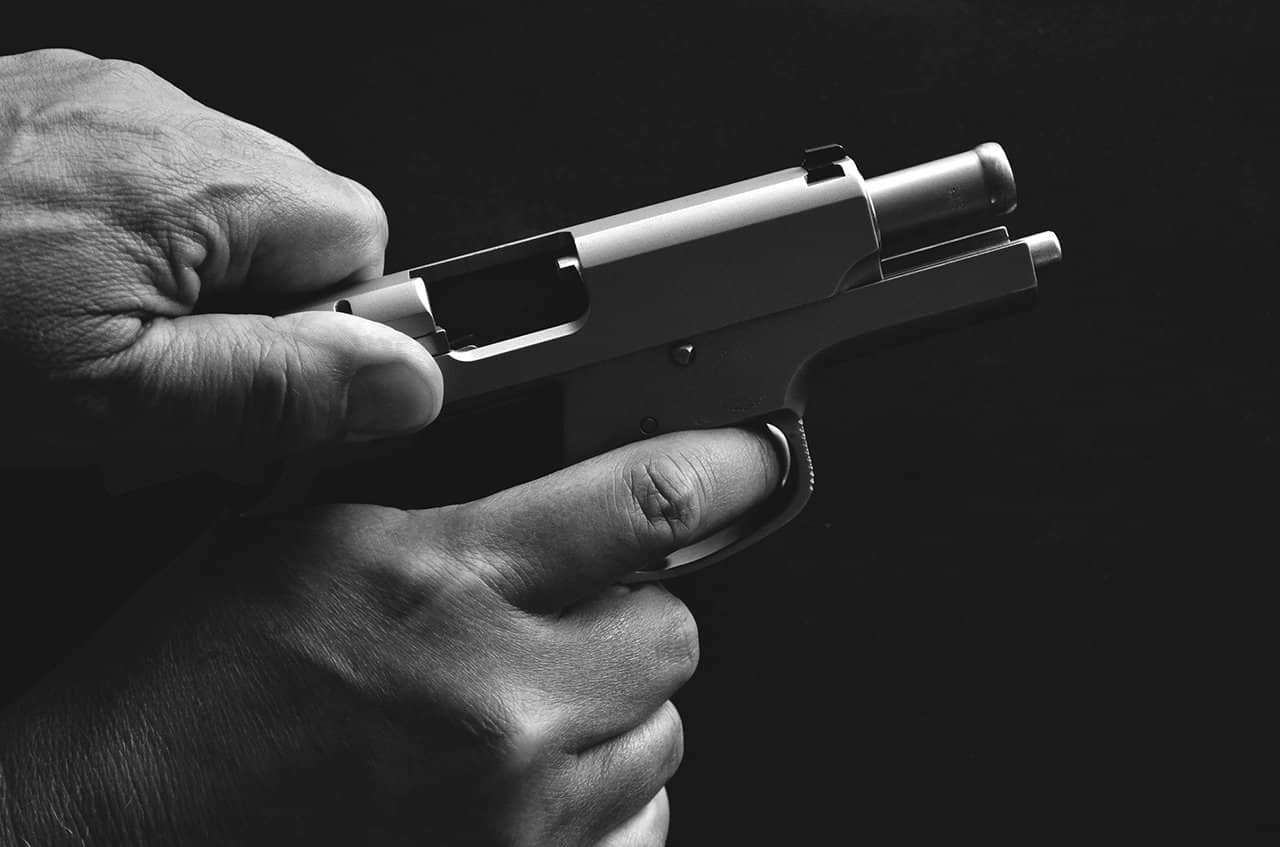 Hypnotism back then was also a big part of entertainment. However, despite its endless potential, a simple mistake could lead to a tragedy.

An Australian professor decided to exhibit his skills in hypnotism in front of a large audience in 1924. He started his show by hypnotizing a handful of people from the audience with ease. Things started to get ugly when he decided to use his hypnotism to a policeman in the audience.

Without any semblance of doubt, the policeman fired his stick gun to the audience. However, when he noticed that it wasn’t shooting, he pulled out his real gun and began firing to the audience.

The incident resulted in three deaths. After a tiresome effort to wake the policeman out of his hypnotic state, he stated that he “went mad.” The professor was immediately arrested after the incident.