Tippi Degre spent the first thirteen years of her life living like Mowgli from Jungle Book. Now you might think that’s odd but she survived those critical years of her childhood and went on to tell the tale about it. It’s quite interesting and worth-learning from.

One-and-a-half-year-old Tippi drinking her milk among the elephants of Botswana. 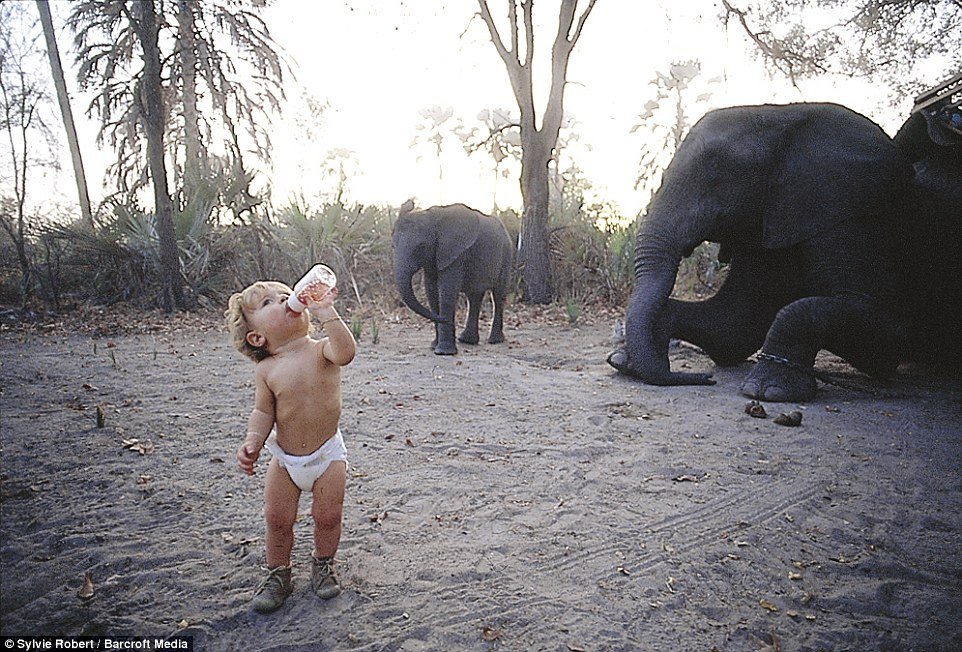 Her photographer parents Sylvie Robert and Alain Degre brought their baby girl along with them to their African adventure. They documented her unique growing up years through photos. 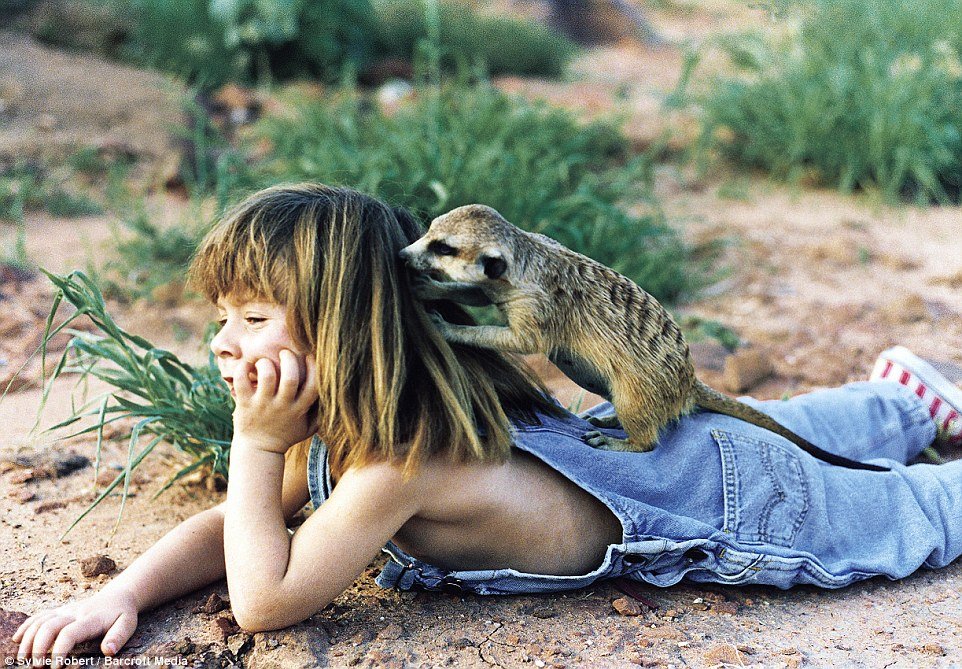 Tippi was born in Windhoek, Namibia back in 1990. Her best friend was a 34-year-old elephant named Abu. Tippi thinks of Abu as her brother. Sylvie and Robert kept a close watch on Tippi while she was growing up. They only let her near animals from farms that take care of orphaned animals and are accustomed to human contact.

Tippi and Abu, her elephant best friend and “brother”. 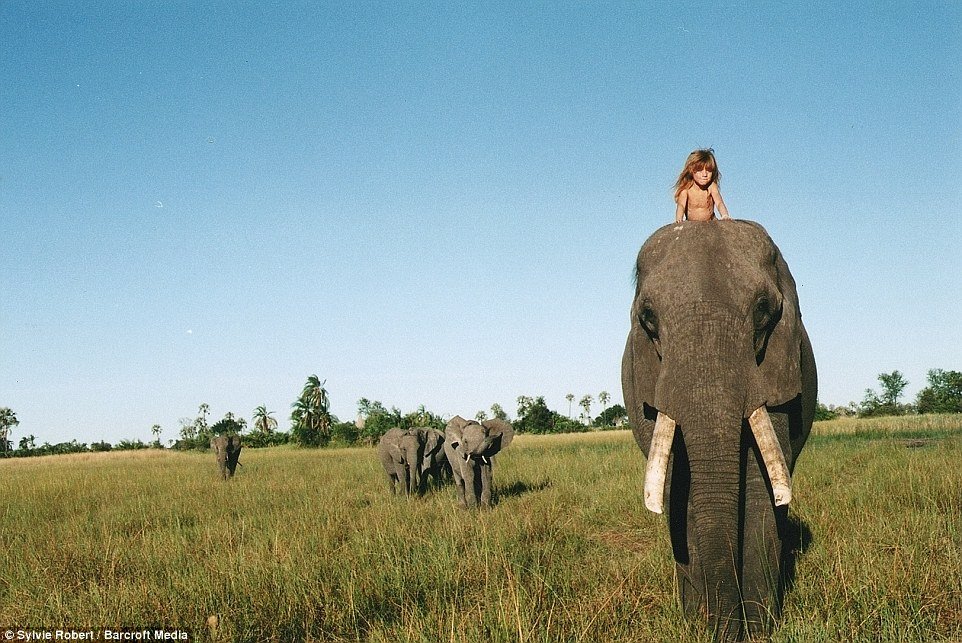 The locals taught Tippi a lot of cool things. She spent most of her time with the San Bushmen of Namibia. She was very comfortable around different types of wild animals at a very early age. She’s ridden an elephant, had a pet baboon, and even sat with a cheetah!

Tippi chilling with her cheetah friend. 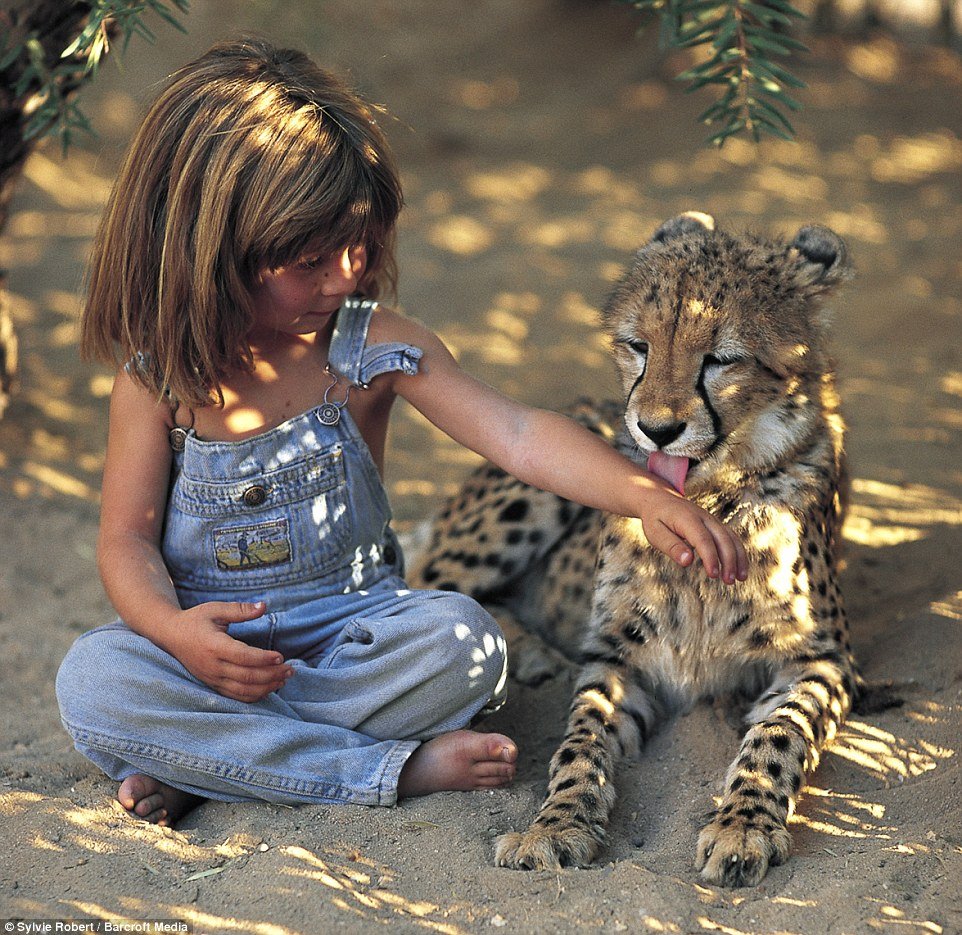 Now an adult, Tippi’s life is chronicled in the book Tippi: My Book of Africa that shows her colorful growing up years in Africa.