Performing at the Warsaw Lions Club 56th Annual Minstrel Show, three fathers were introduced together as “The Tiny Dancers.” And the audience wasn’t prepared for what these dudes had in store. It was totally hilarious!

The 6-minute skit definitely became a big hit not only among those in attendance but also those who later discovered the video on YouTube.

Disguised as midgets while wearing sewn-together shirts and pants, the three guys brought the house down with their well-choreographed performance and epic facial expressions.

The “Tiny Dancers” danced to the tune of old and modern classics.

Although it was originally uploaded on Youtube 2 years ago, the video continues to get views and comments online. 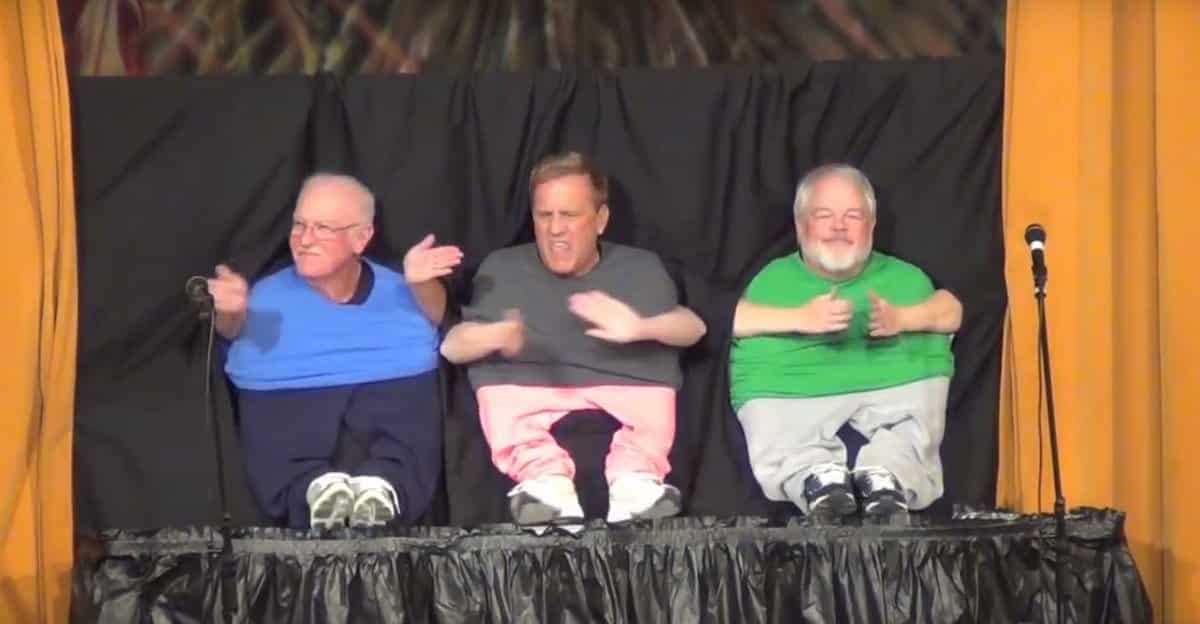 We didn’t get the names of these funny gentlemen nor are we aware about the identities of the three “hand” performers behind them (I’m suspecting it might be their wives! but one thing’s for sure – they’re having a blast watching the increasing view count of the video.

Although it was originally uploaded on YouTube back in 2013, the funny footage found new online life as it got shared by several viral news websites.

See for yourself by watching the hilarious performance here:

You really got to admire these dudes for successfully pulling it off. The exaggerated faces and hilarious dance moves really captivated the crowd. My favorite, in particular, is the guy on the middle. He has perfectly-time comedic facial gestures that proves he knows how to entertain people – even if he looks really silly doing it.