A tattooed man broke down into tears of happiness after seeing that his wife gave him something more special than what he expected: he is going to be a dad.

The video went viral with more than two million views. People were so moved with the video it spread like wildfire across the Internet.

In the viral video below, the woman told her husband that he is about to get a very special present on this very special day. She asked him to close his eyes, further intensifying the drama and suspense even more. 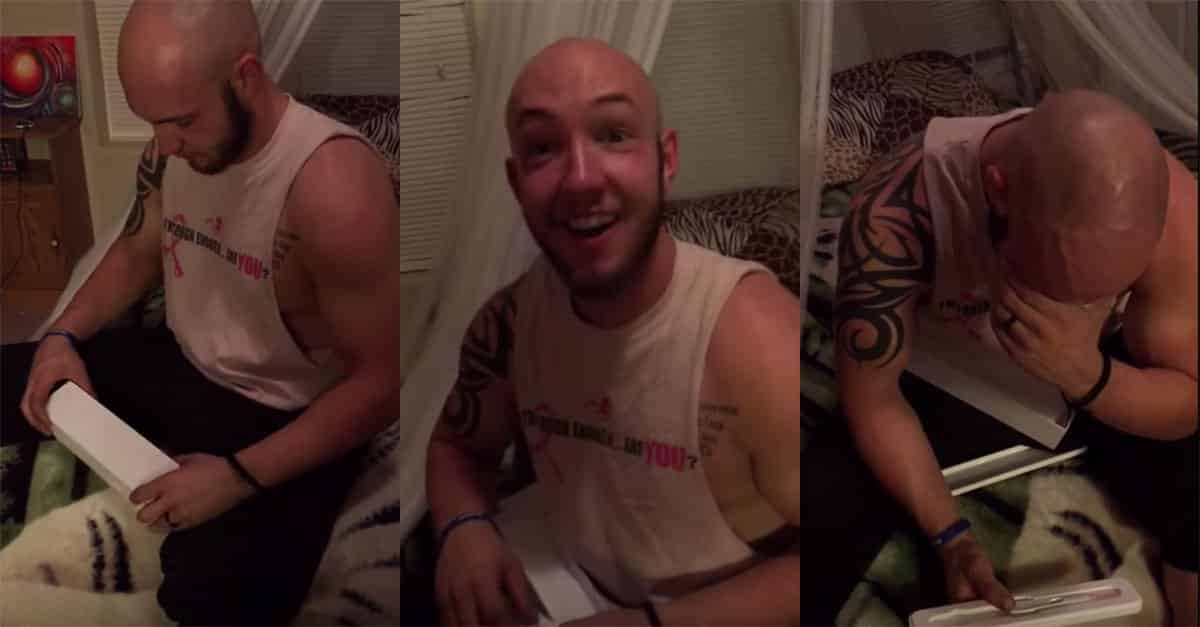 “Don’t peek. I’m dead serious, don’t peek. Are you peeking?” the woman said, handing over an unwrapped long white box that looks like the casing of an Apple watch. Intriguingly, the wife confessed that she’s been hiding it for a long time.

With so much excitement, the man slowly opened the gift thinking that there will be an awesome Apple watch inside. But, it turned out to be a pregnancy test kit that screams: positive!

“What? Are you serious?” the man yelped. Overjoyed, the husband cried.

This video proves that people are still craving deeper things in life. This viral video is a testament that people still value people and relationships more than material possessions that have expiration dates. But, this does not mean that you should get your boyfriend to knock you up so you can see him all emotional about a present, alright?

When was the last time you were so surprised that you broke down to tears?