Say goodbye to traditional greeting cards! Believe it or not, this guy from North Texas is making a huge amount of money out of potatoes and, well, a pen.

Alex Craig, 24 years old, came up with an unusual business idea which he later named Potato Parcel. What product does he offer his customers? He sends potatoes with personalized messages through the mail. His girlfriend called it the “dumbest idea ever” but surprisingly – perhaps especially to her – the business took the internet by storm and he’s been receiving a lot of orders from various places.

Alex claims he is earning a whooping $10,000 a month because of his business. 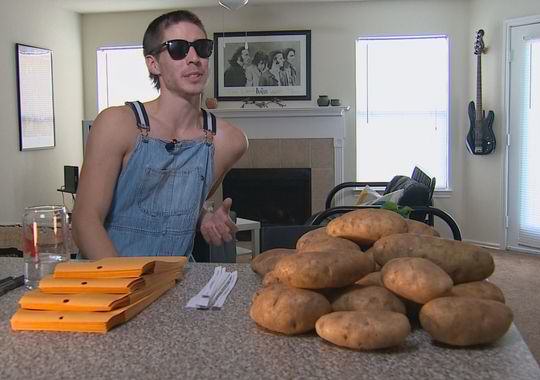 “On our second day that we were live, and we started promoting it on Reddit, and we got $2,000 in orders, and I just knew this was it.”

Alex personally writes on all the potatoes, which can have any type of message depending on what the customer would specify. 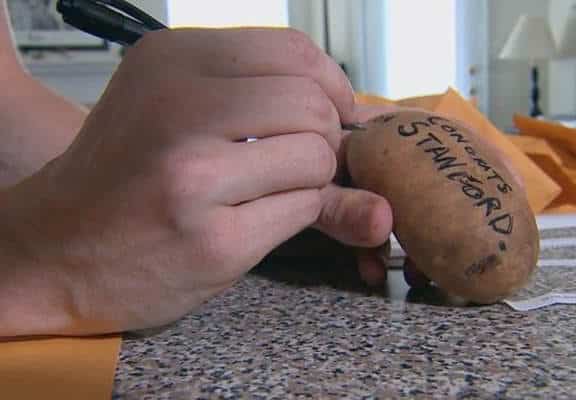 He then ships the potato either to the actual customer or an intended recipient, depending on the order instructions. The potatoes are priced around $12 to $25 per piece.

With his new-found success, it looks like Alex can now dish out some words of wisdom to those thinking of exploring business someday.

“I would say the two things that hold everyone back in life is fear and doubt. The fear of failure and the fear of wasting your time, and the doubt that you can actually achieve something big on a huge scale.”

Although his is a unique concept, it’s easy to tell that this business probably not last long since his handwriting is, well, frankly not that hard to top. It’s either he’ll get a lot of competition soon or that his buyers will wisen up and realize they can actually save big bucks if they write on the potatoes themselves.