Don’t judge it by its rather “boring” name.

The City Museum in St. Louis, Missouri is a 600,000-square-foot property that used to house the International Shoe Company factory and warehouse.

Artist Bob Cassilly and his wife Gail Cassilly bought the place in 1983.  In 1995, the couple started the radical transformation of the space. Along with 20 artisans, they crafted the most eye-catching, never-seen-before installations.

When the City Museum opened in 1997, everyone was blown away. Despite its name, it was more like a playground for people of all ages.

Take a look at some of the fabulously strange works of art exhibited there. Some have been at the museum since it opened, while others have been added through the years.

At the front of the building, there’s an interactive display called MostroCity. It features two Sabreliner 40 aircraft fuselages suspended high in the air.

This hard-to-describe sight greets you. 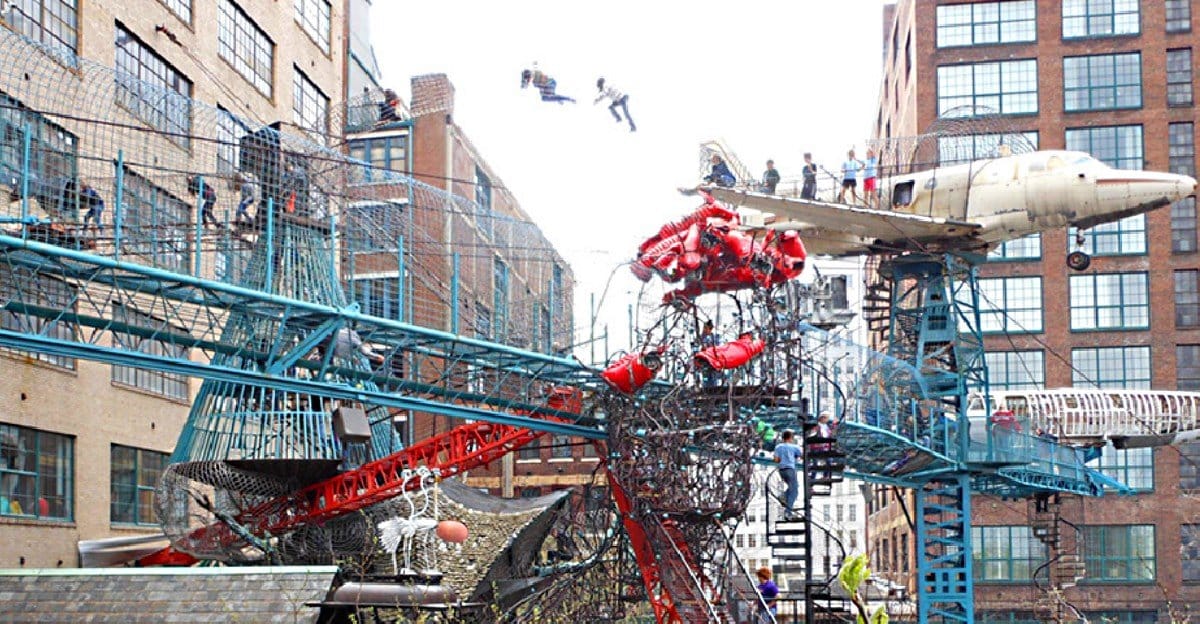 A fire engine, a 25-foot cupola, four-foot-wide Slinkies, a castle turret, as well as a couple of ball pits filled with large, rubber dodge balls complete the picture.

You get sensory overload from this. 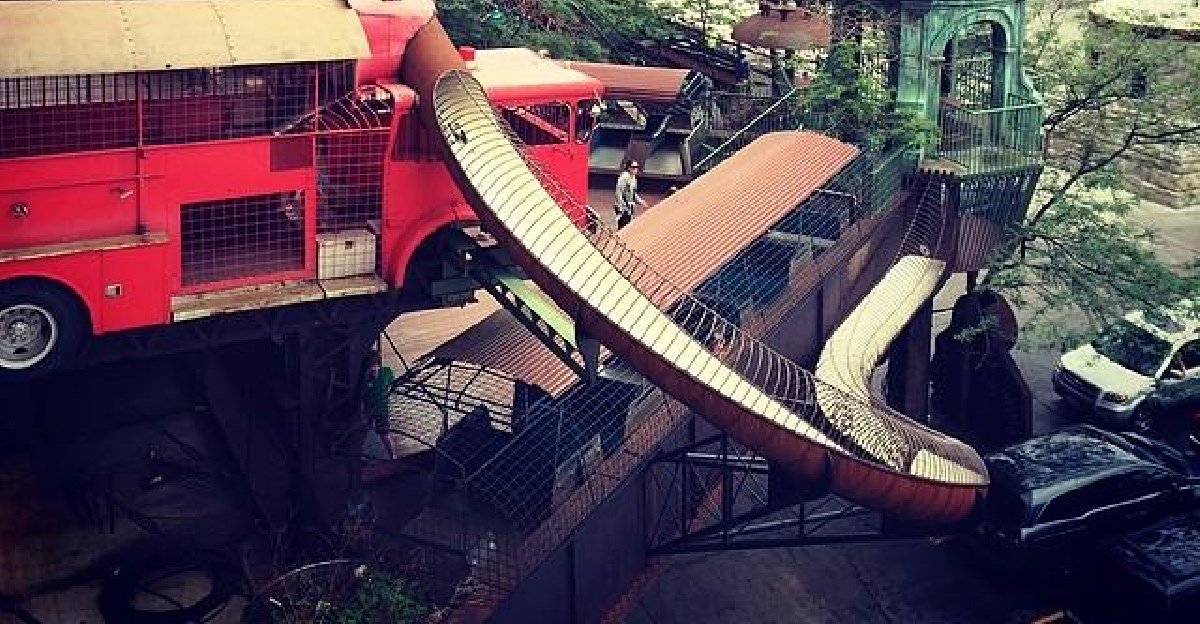 There’s also a school bus that seems to be teetering on the roof. 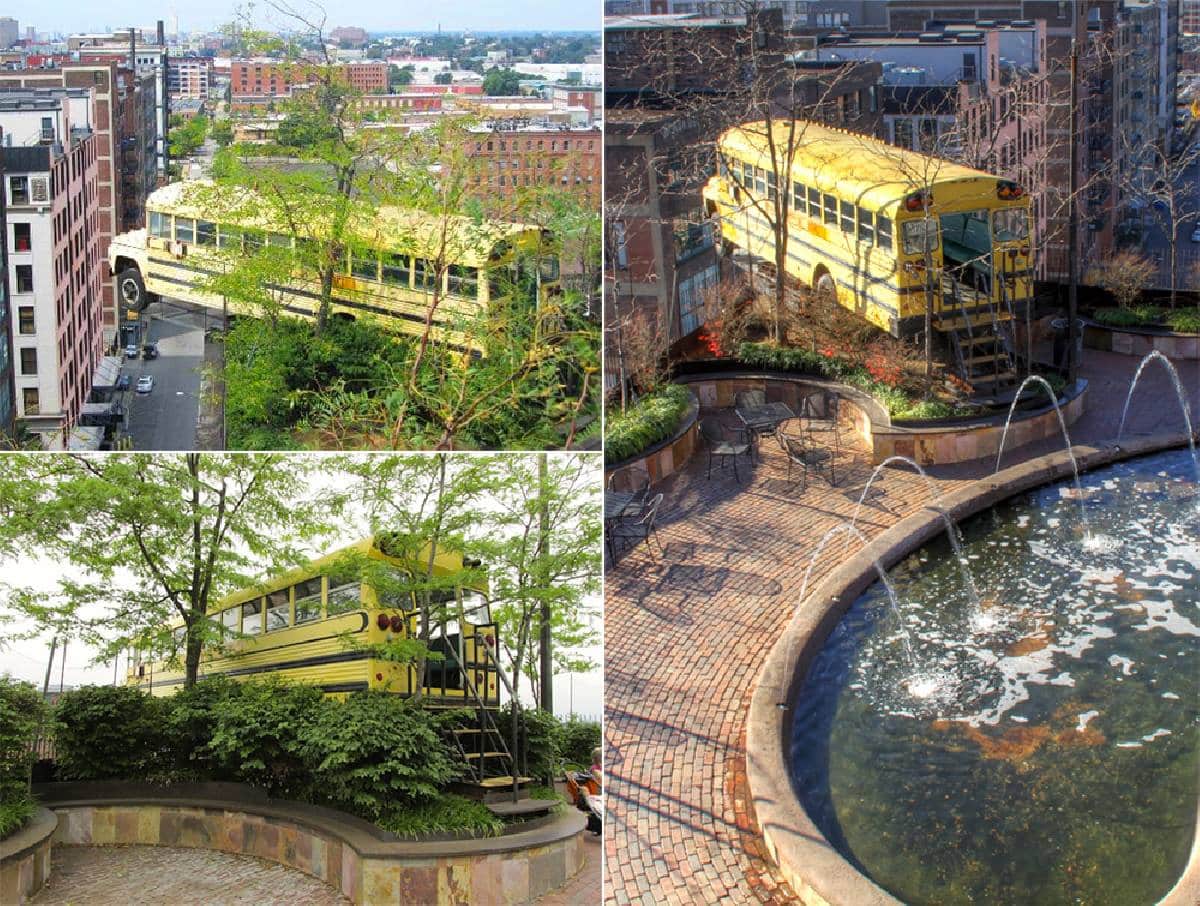 The museum boasts of many larger-than-life spectacles such as The World’s Largest Pencil, which was created by Ashrita Furman. The 76-foot pencil — which weighs 21,500 lbs. — works, by the way. It’s just a matter of finding someone who can actually use it.

Who's the target user for this pencil? 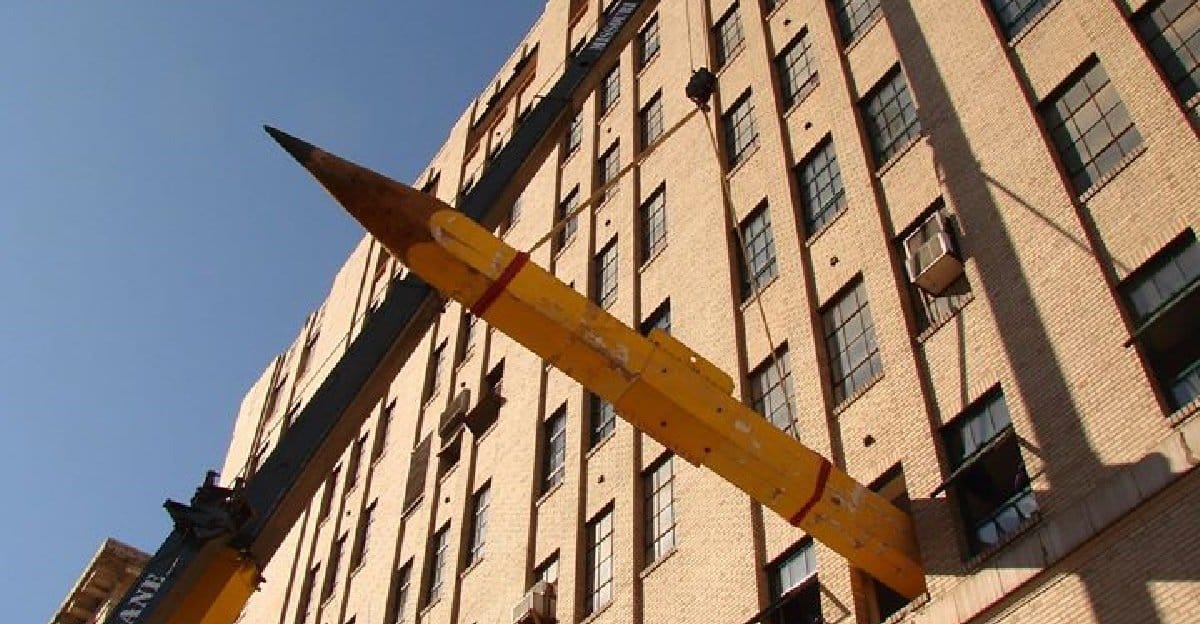 Inside the museum, there’s a lot of peculiar art pieces, slides, and visually stunning structures.

One of the latest additions to the museum is a sculpture by artist Brian Donnelly (professionally known as KAWS). The morbidly funky piece is called “Companion: Resting Place.”

Calling this sculpture "quirky" is an understatement. 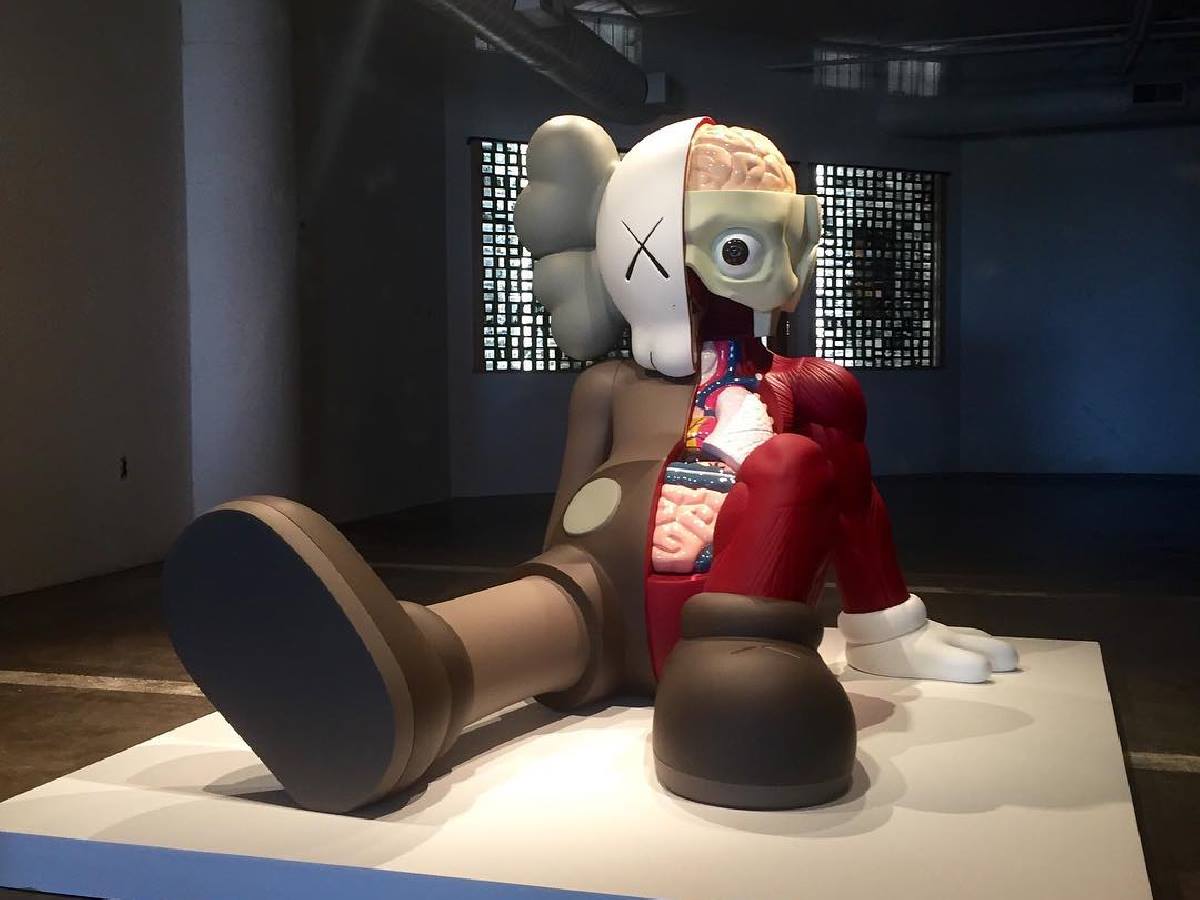 Obviously, the City Museum is anything but conventional.

The museum is full of fun things that defy description. 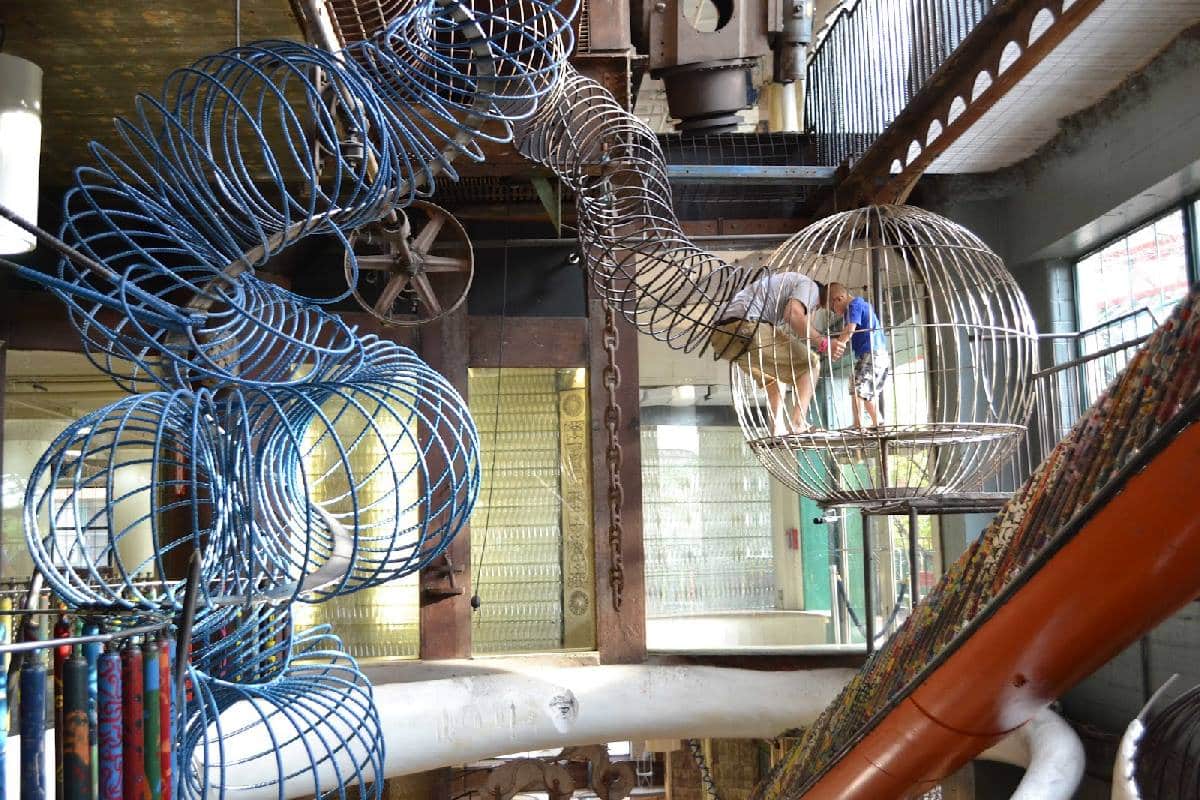 Even the museum’s roof is the setting for a surreal jungle, what with a giant fish sculpture as a prominent centerpiece.

It's a weird wonderland up on the roof. 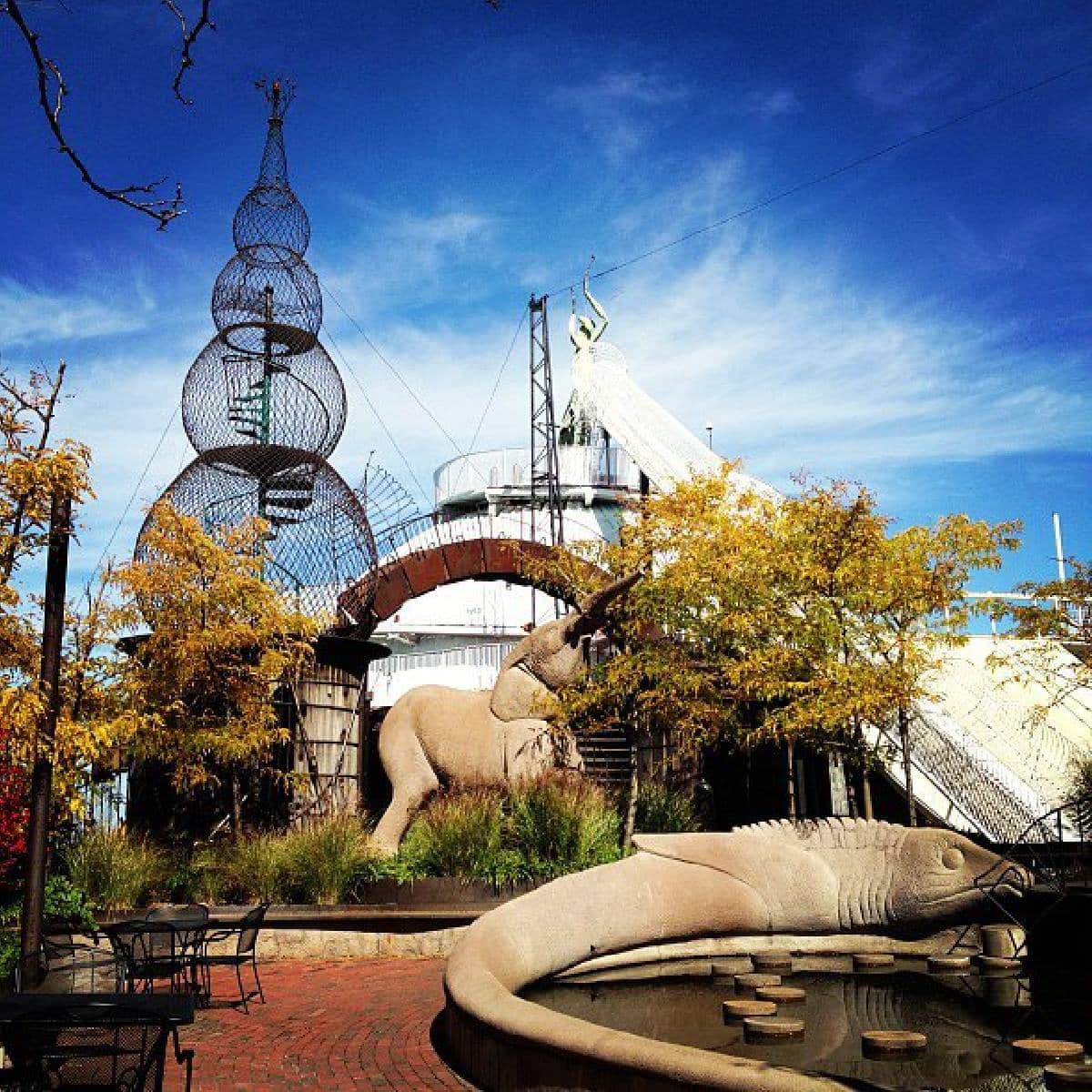 The stuff we mentioned doesn’t even cover half of the museum’s weird wonders. Clearly, the City Museum is worth the repeat visits.

An average of 700,000 visitors visit the museum each year. Not surprisingly, it is one of the hottest tourist attractions in Missouri.