Sometimes, the most awe-inspiring and beautiful things can be found in the most unexpected of places. Case in point, you have to look up to experience and appreciate beauty that words cannot describe. Here are 10 of the most stunning ceilings in the whole world: 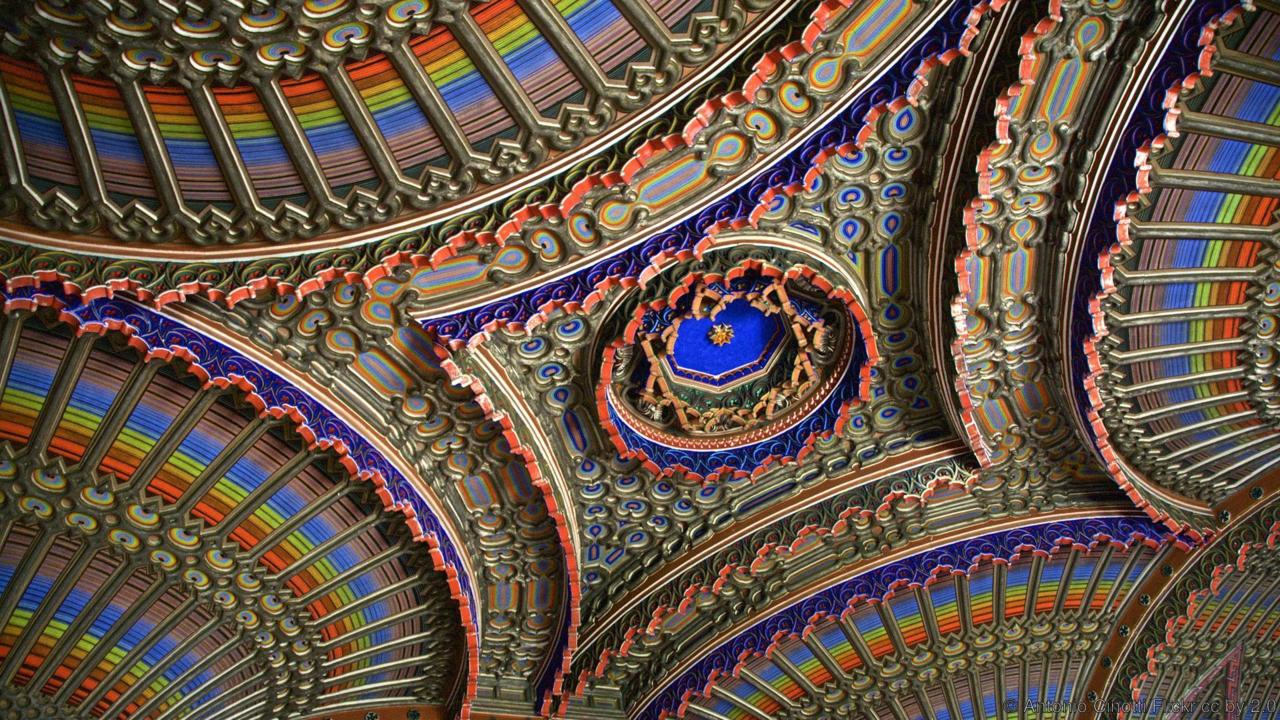 When you crane your neck to marvel at the Peacock Room of this abandoned palazzo, you will be mesmerized by the colorful décor, vaults and ceiling. Designed by Italian architect Ferdinando Panciatichi, he brought to life exotic forms and colors in Leccio between 1843 and 1889. 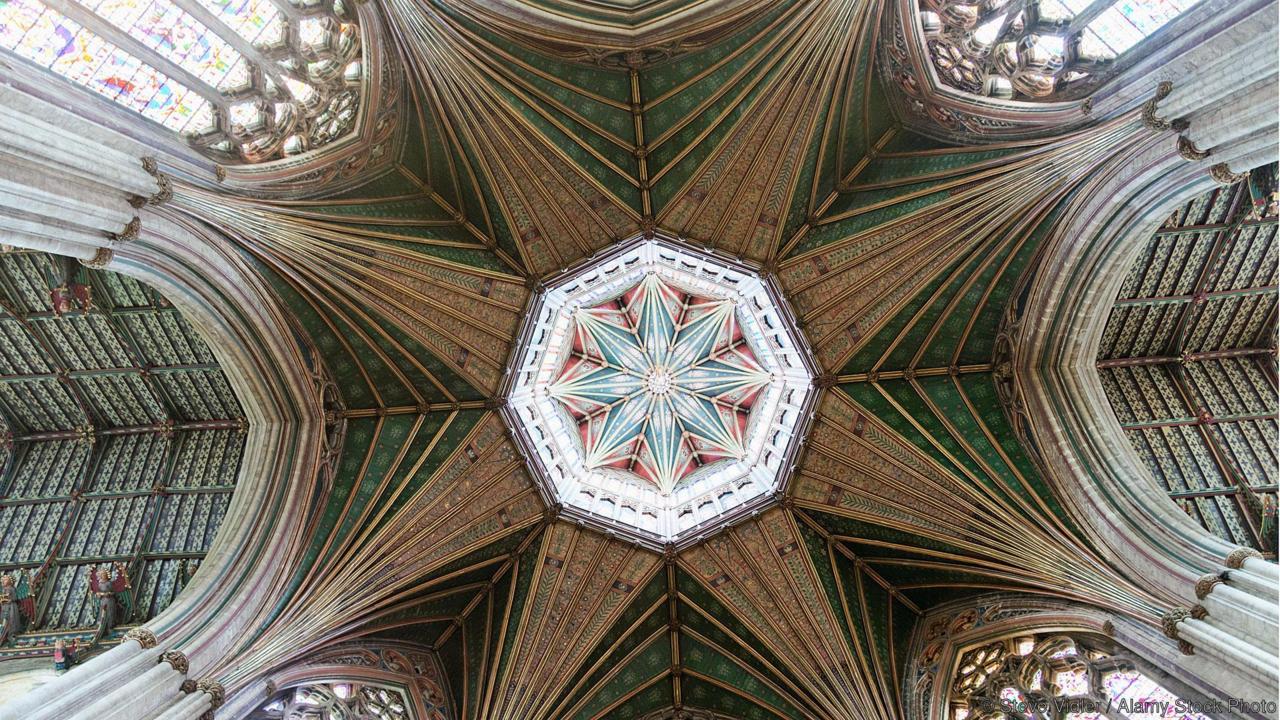 The 30-ft high timber lantern, hanging over the central octagonal tower of Ely Cathedral is considered as one of the great medieval engineering and architectural feats in history. Constructed with the use of eight Oak trees, the lantern looks like the center of an eight-pointed star. It was completed by royal carpenter William Hurley in 1334. 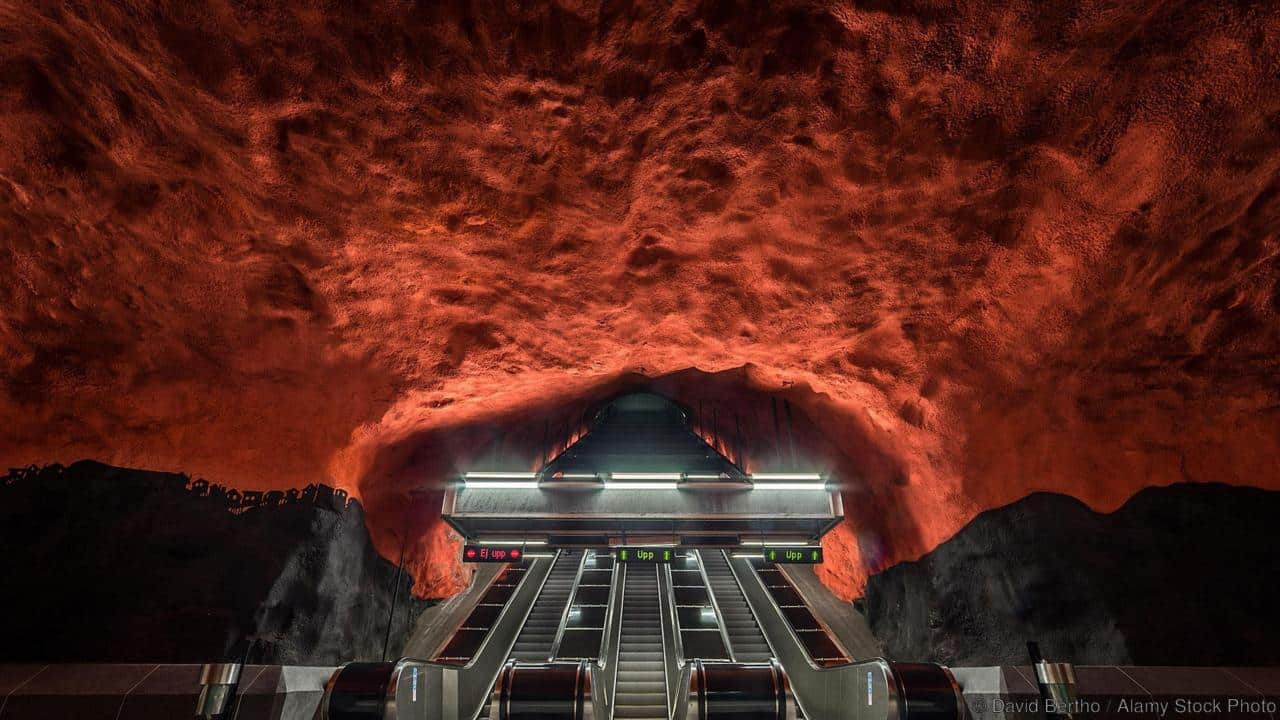 The Blue Line Metro Station of Solna Centrum has been quite the attraction since 1975 in Stockholm. Artists Anders Aberg and Karl-Olov Bjork painted the exposed bedrock a nighttime red giving people who take the escalator the feeling of entering a cave. 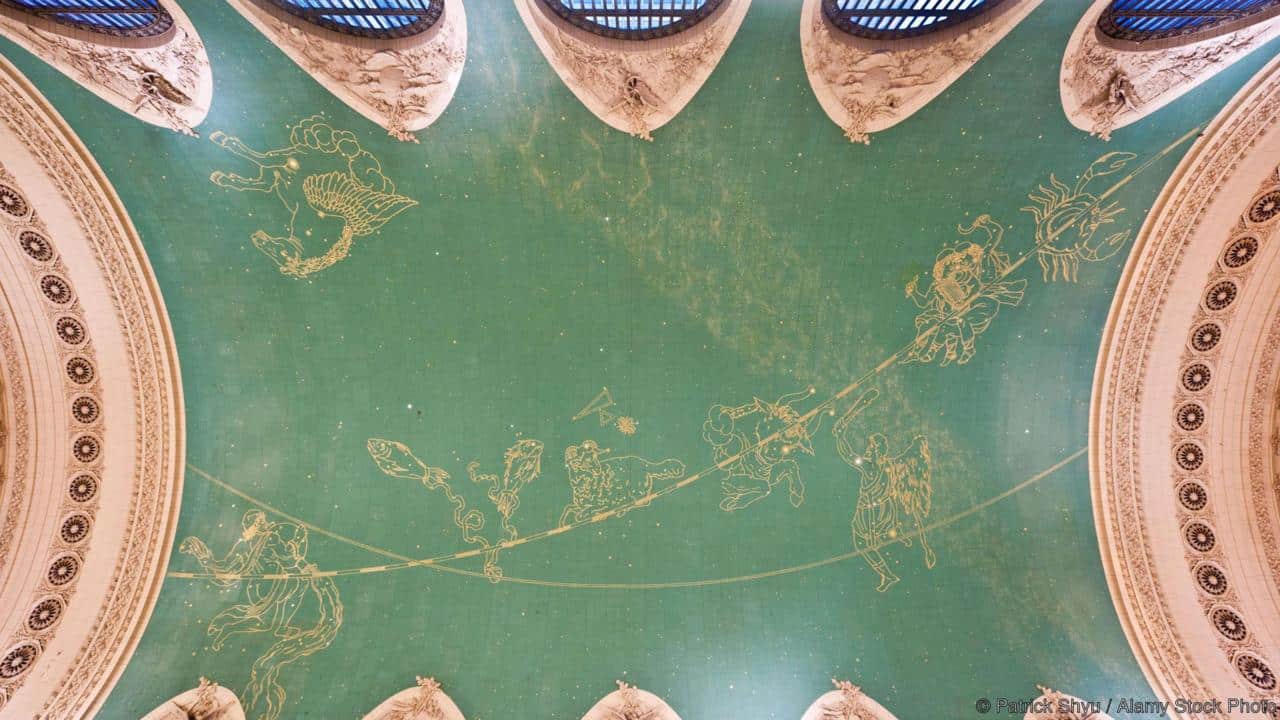 Before rushing to one of the trains in Grand Central Station, take a few minutes to look up and marvel at the zodiac ceiling created by French artist Paul Cesar Helleu and New York artist Charles Basing. Before 1998, the painting wasn’t visible due to smoke from cigarettes of passengers. 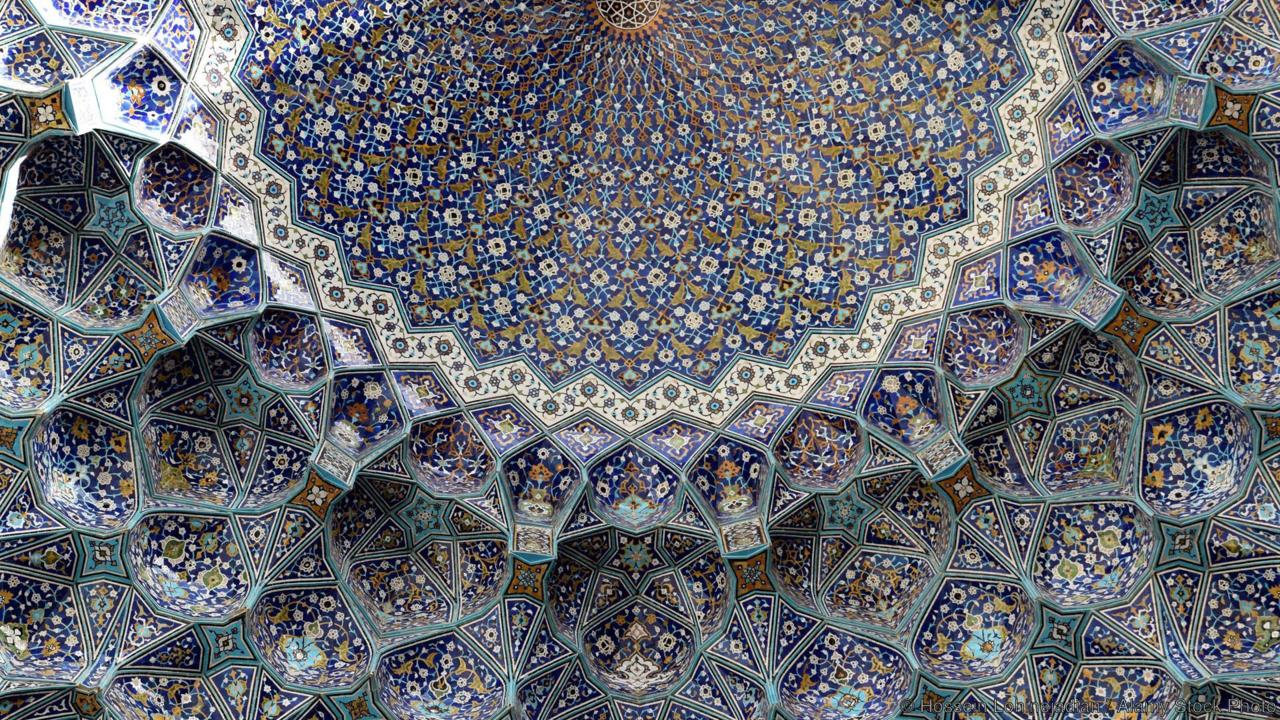 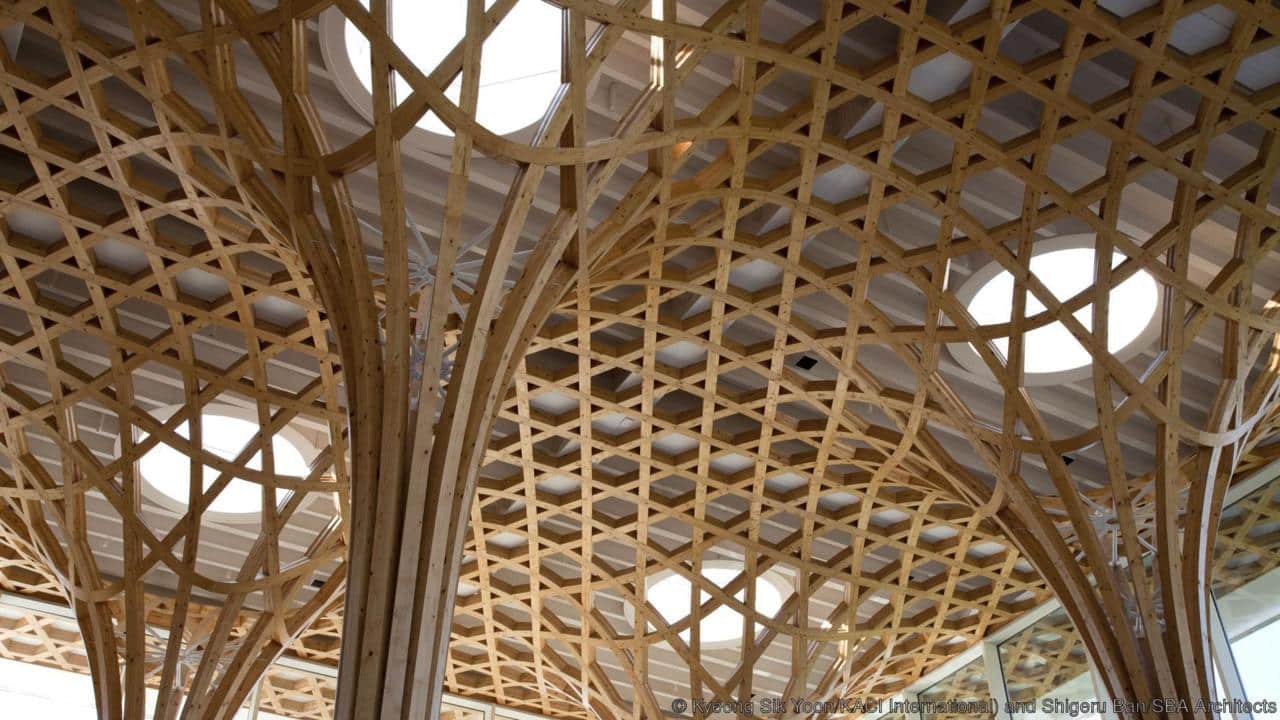 Japanese architect Shigeru Ban designed this modern artwork. The ceiling is made of laminated timber grid shell that is supported by three-columns high of the same material. The design is inspired by ‘bamboo wives’ and creates quite a poetic feel to it. 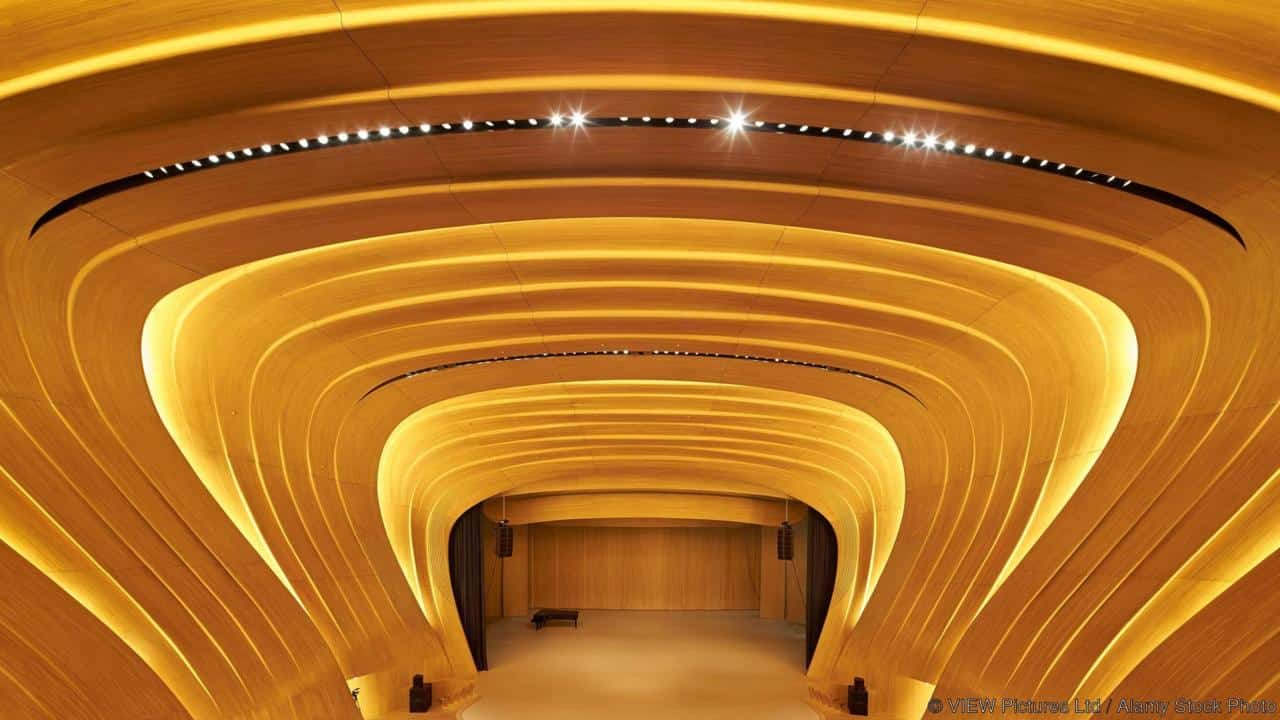 Another one of Zaha Hadid’s splendid works, the floor, walls and ceiling of this auditorium are seamless. The white oak-shell material is set within a steel frame, giving the structure its rigidity without losing its style. 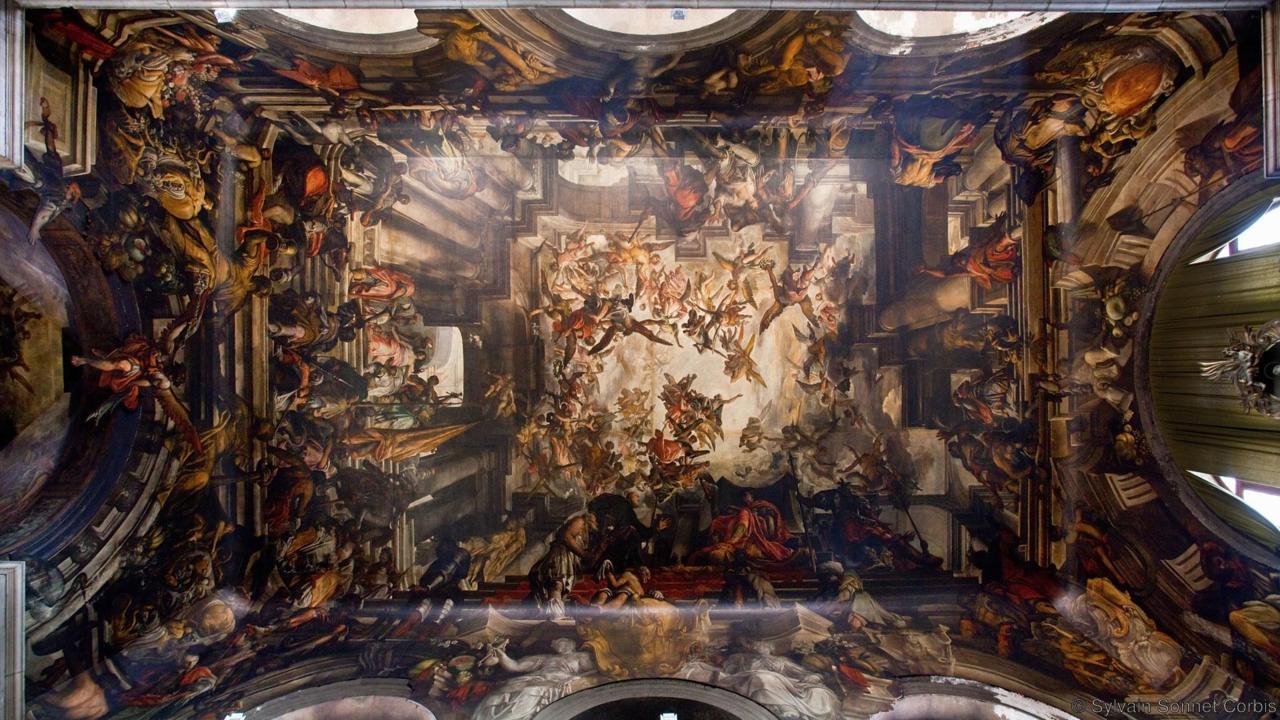 Painter Gian Antonio Fumiani created this oil painting back in the late 17th century. The illusion the painting gives off is amazing. It seems like the architecture of the church continuous up to the chiaroscuro colonnades.

9. Hall of Prayer for Good Harvests, Temple of Heaven, Beijing 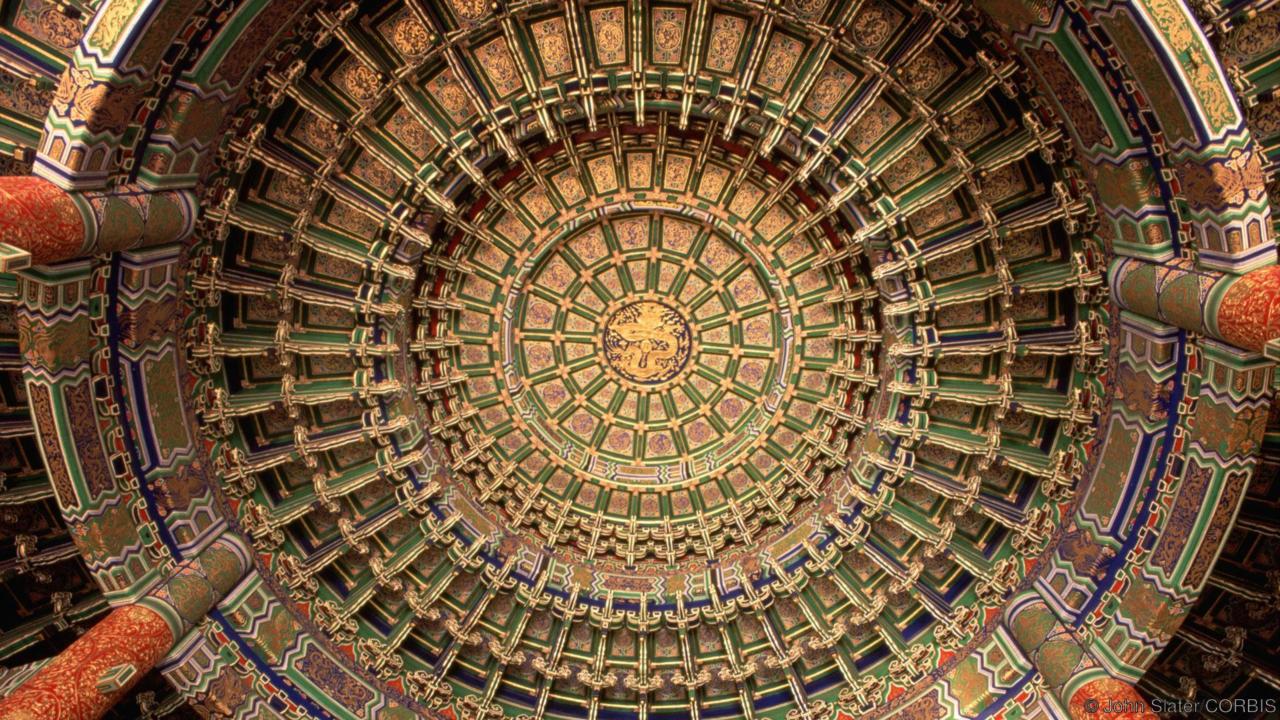 The three-level Hall of Prayer was completed in 1420 represents the hours, days months and seasons. It was built during the Ming Dynasty and its architecture is of precise geometry and colorful material. It was also constructed without the use of a single nail. 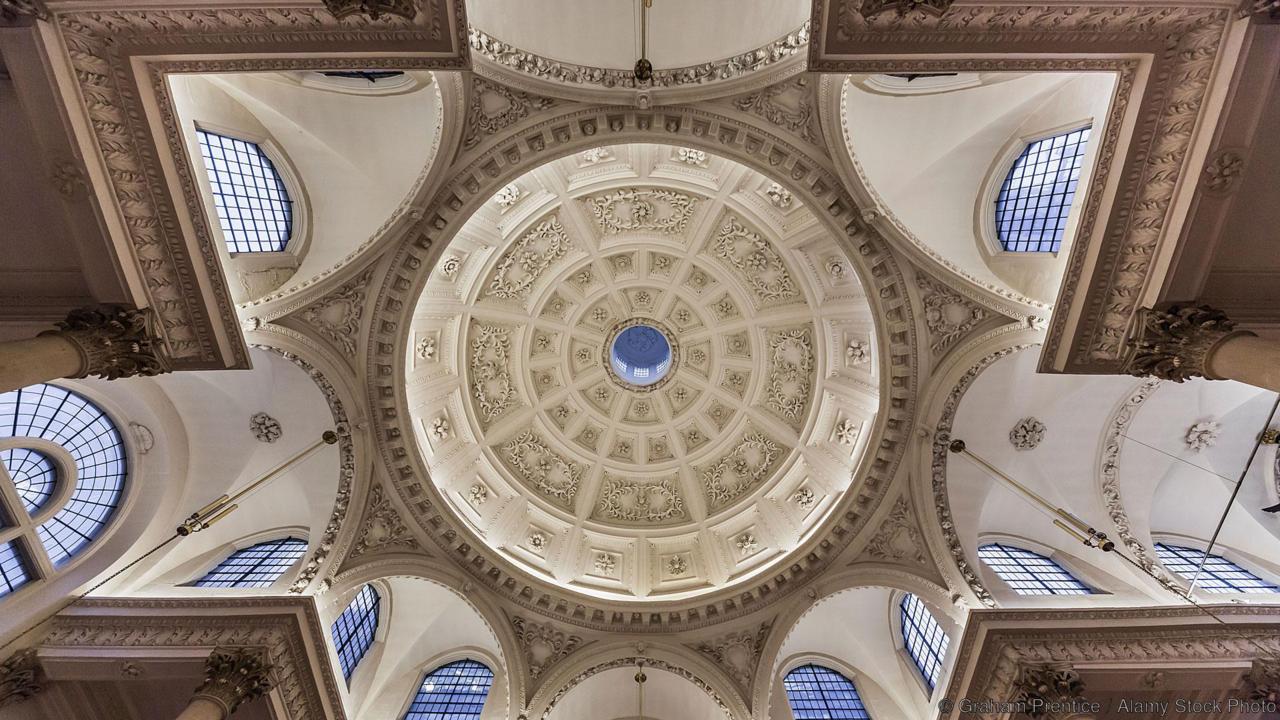 Considered one of 17th century Europe’s architectural wonders, St. Stephen may look modest from the outside but is actually quietly majestic. Designed by Christopher Wren, the 63-feet dome is made of timber, plaster and copper was originally meant for St. Paul’s Cathedral but was turned down by the Church Commissioners. St. Stephen must be grateful they received such a wonderful blessing via a beautiful ceiling.