The world was shocked and deeply saddened by Friday’s series of coordinated attacks across Paris leaving 130 people dead while hundreds of others were injured. France’s President Francois Hollande described it as an “act of war” and promised that France will destroy ISIS, the extremist militant group who claimed responsible for the said attacks.

Along with these heartbreaking news and atrocities are stories of hope–countries united as one in praying and paying tribute to the victims and fighting for world peace, including the inspiring stories of survivors and strangers who become their heroes.

One of the survivors from the Bataclan attack is 22-year-old Isobel Bowdery from Cape Town, South Africa. Bowdery was in the Bataclan concert hall for the Eagles of Death Metal concert last Friday. The former student from Cape Town University said she “pretended to be dead for over an hour” when terrorists started shooting random people inside the stadium where over 80 people died. In a recent Facebook post, she also recounts her horrific experience which quickly went viral and many people moved by her powerful story. 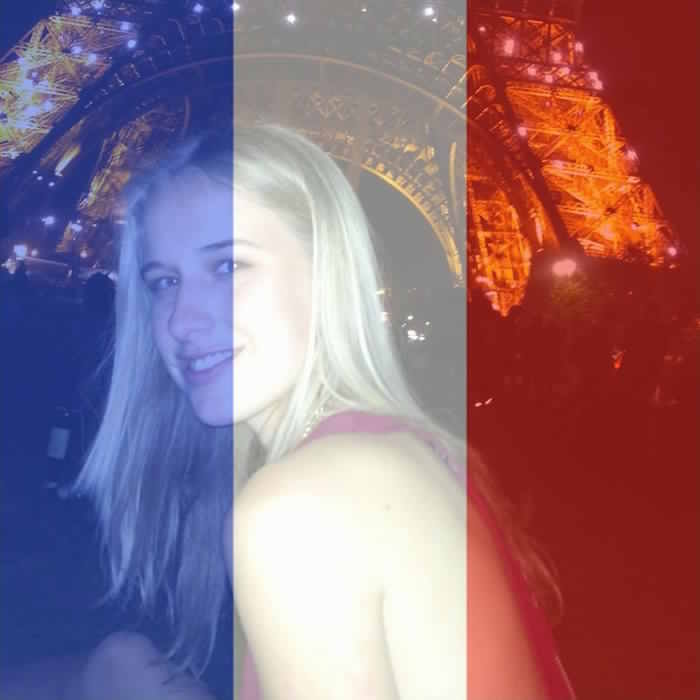 “Dozens of people were shot right in front of me. Pools of blood filled the floor. Cries of grown men who held their girlfriends dead bodies pierced the small music venue. Futures demolished, families heartbroken. in an instant. Shocked and alone, I pretended to be dead for over an hour, lying among people who could see their loved ones motionless.. Holding my breath, trying to not move, not cry – not giving those men the fear they longed to see. I was incredibly lucky to survive,” she wrote on Facebook.

Here’s a photo of Bowdery’s blood-stained top which she wore during the fateful event. 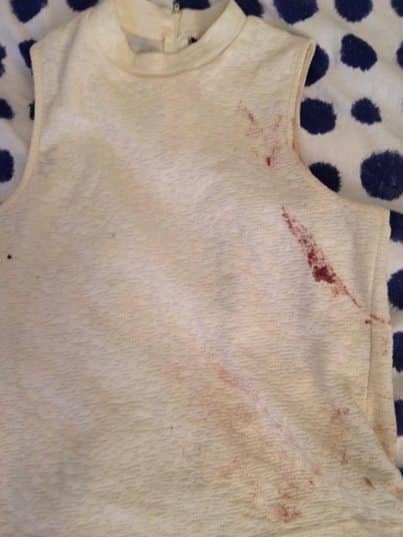 She also took the time to thank the strangers who helped her survive and shed some light on their courageous acts.

“But being a survivor of this horror lets me able to shed light on the heroes. To the man who reassured me and put his life on line to try and cover my brain whilst i whimpered, to the couple whose last words of love kept me believing the good in the world, to the police who succeded in rescuing hundreds of people, to the complete strangers who picked me up from the road and consoled me during the 45 minutes I truly believed the boy i loved was dead.”

She ends her post with an equally powerful message for everyone whilst recognizing the lives of those who died.

“Last night, the lives of many were forever changed and it is up to us to be better people. to live lives that the innocent victims of this tragedy dreamt about but sadly will now never be able to fulfill. RIP angels. You will never be forgotten.”